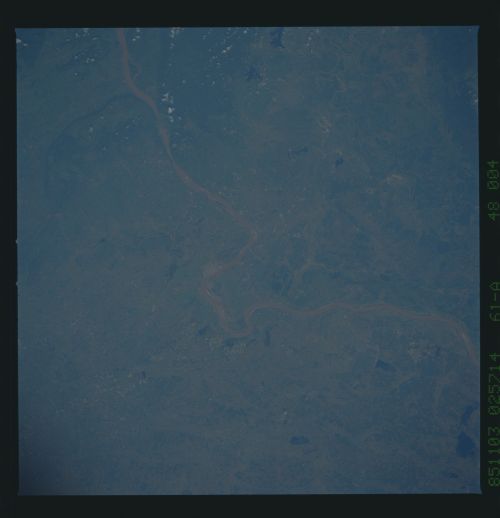 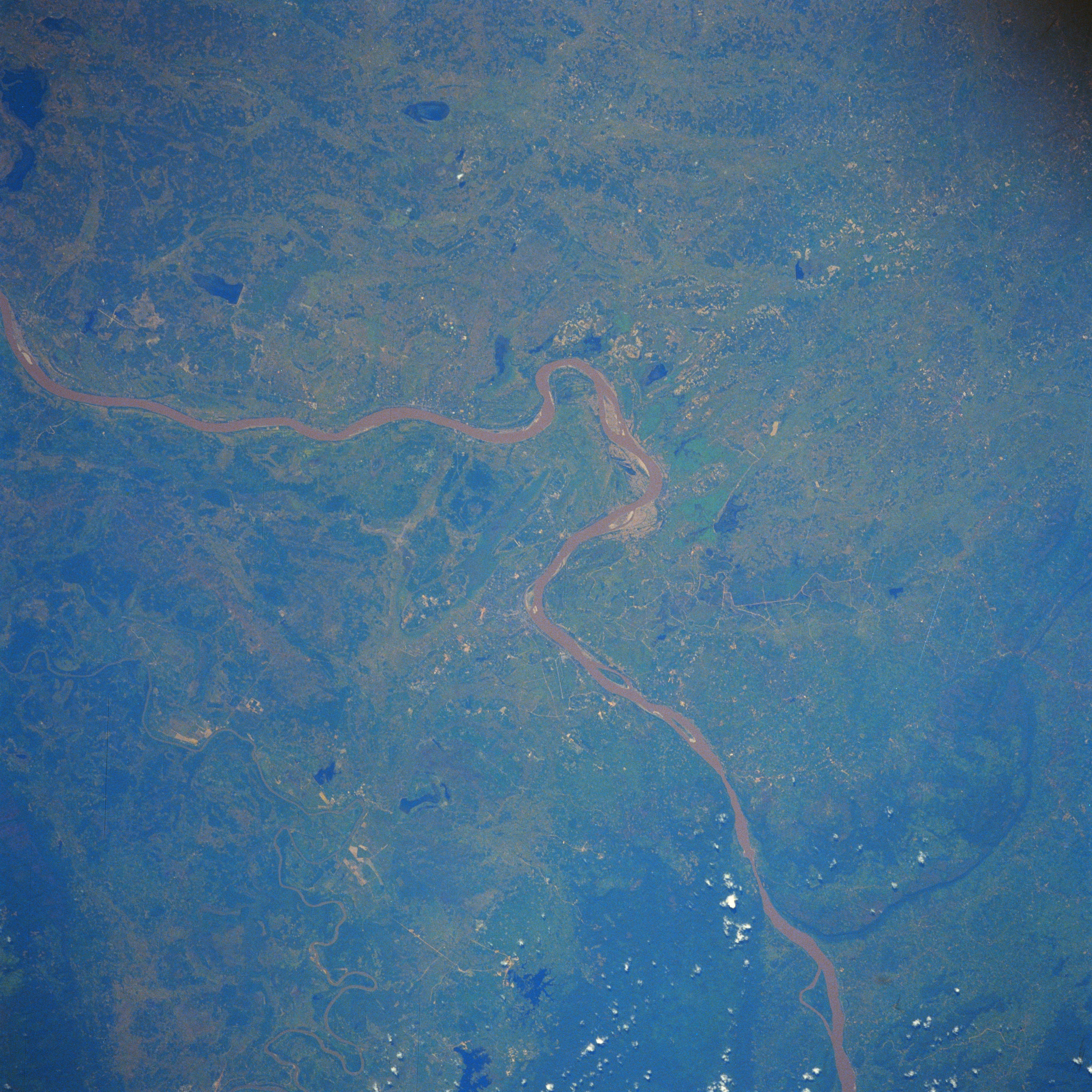 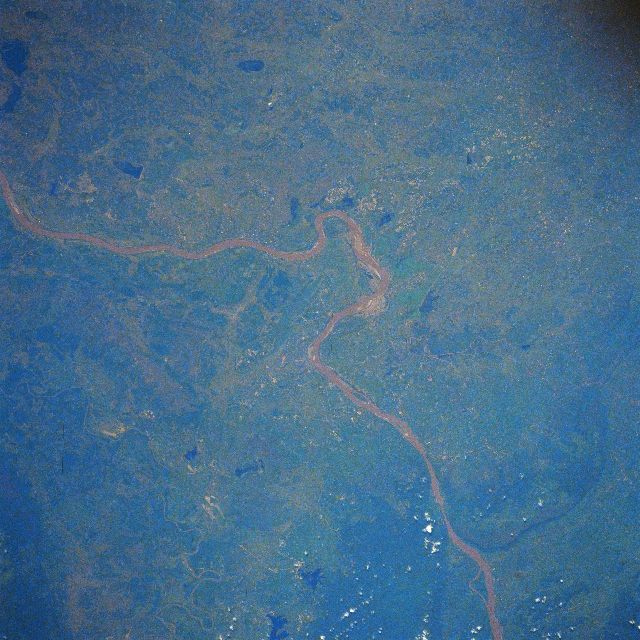 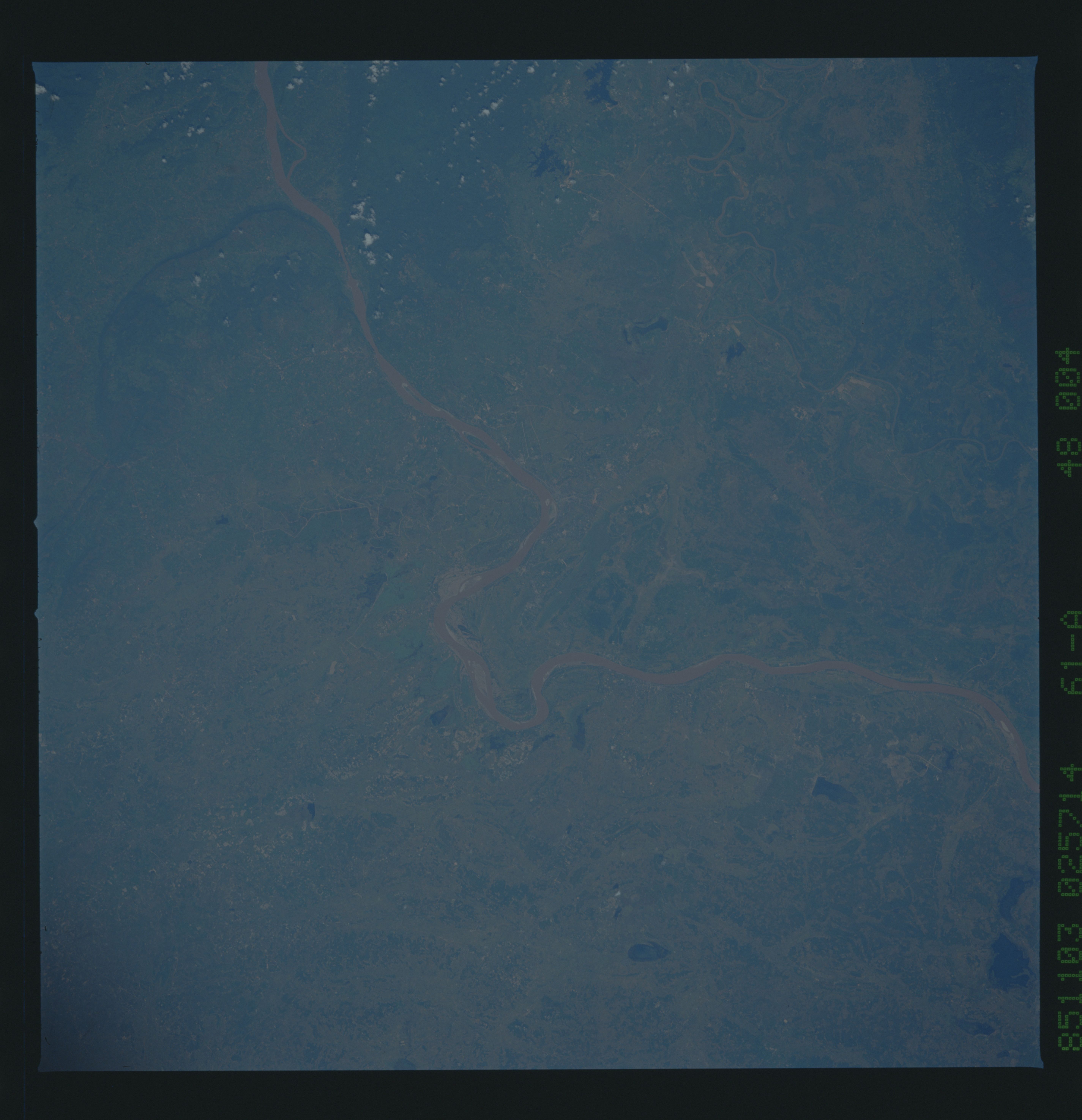 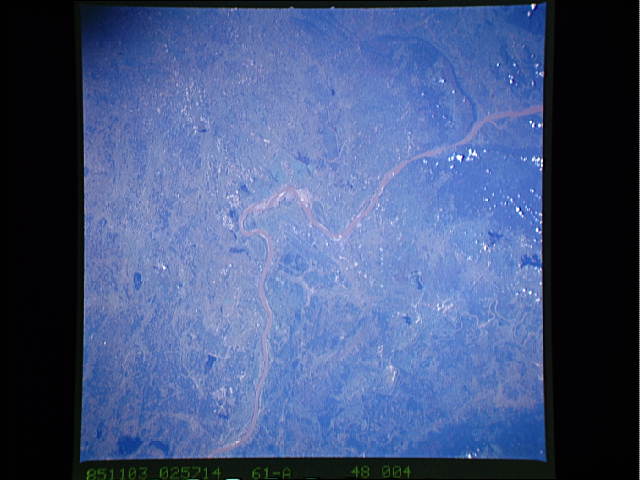 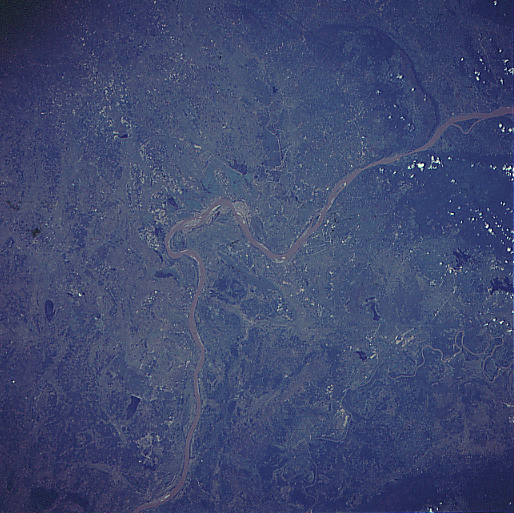 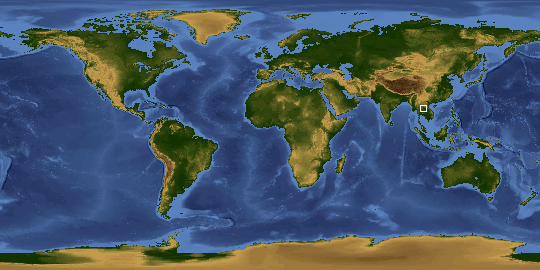 Other options available:
Download Packaged File
Download a Google Earth KML for this Image
View photo footprint information
Image Caption: STS61A-48-0004 Mekong River, Laos November 1985
The muddy (brownish-looking) Mekong River, the major "highway" into Laos, forms part of the border between Laos (north) and Thailand (south). The Mekong has created fertile alluvial plains on both sides of the river valley. The Ngum River, a much smaller tributary stream of the Mekong, can also be seen as it meanders across the landscape north of the Mekong. The location of the Laotian capital, Vientiane, is barely discernible on the north side of the Mekong where the river makes its last sharp turn to the west (slightly below center). Vientiane is the smallest capital city (less than 400000 people) of all the countries on the mainland of Southeast Asia. The dark irregular shaped features that are scattered across the image are small lakes or reservoirs. Low, vegetated hills (dark areas bottom center and right) can be identified where the Mekong has cut a channel through the hills as the water flows southeasterly.