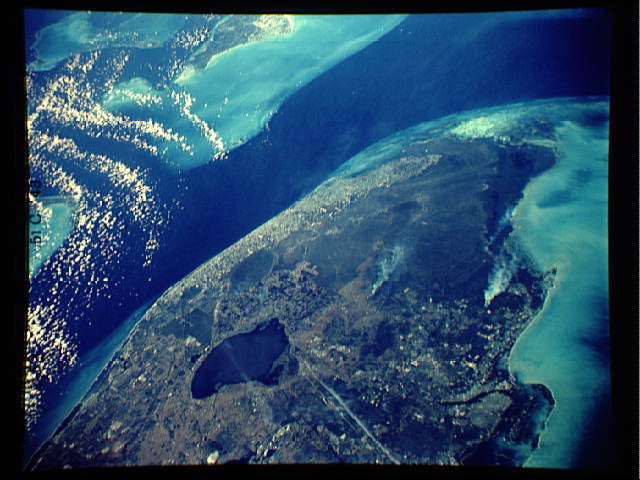 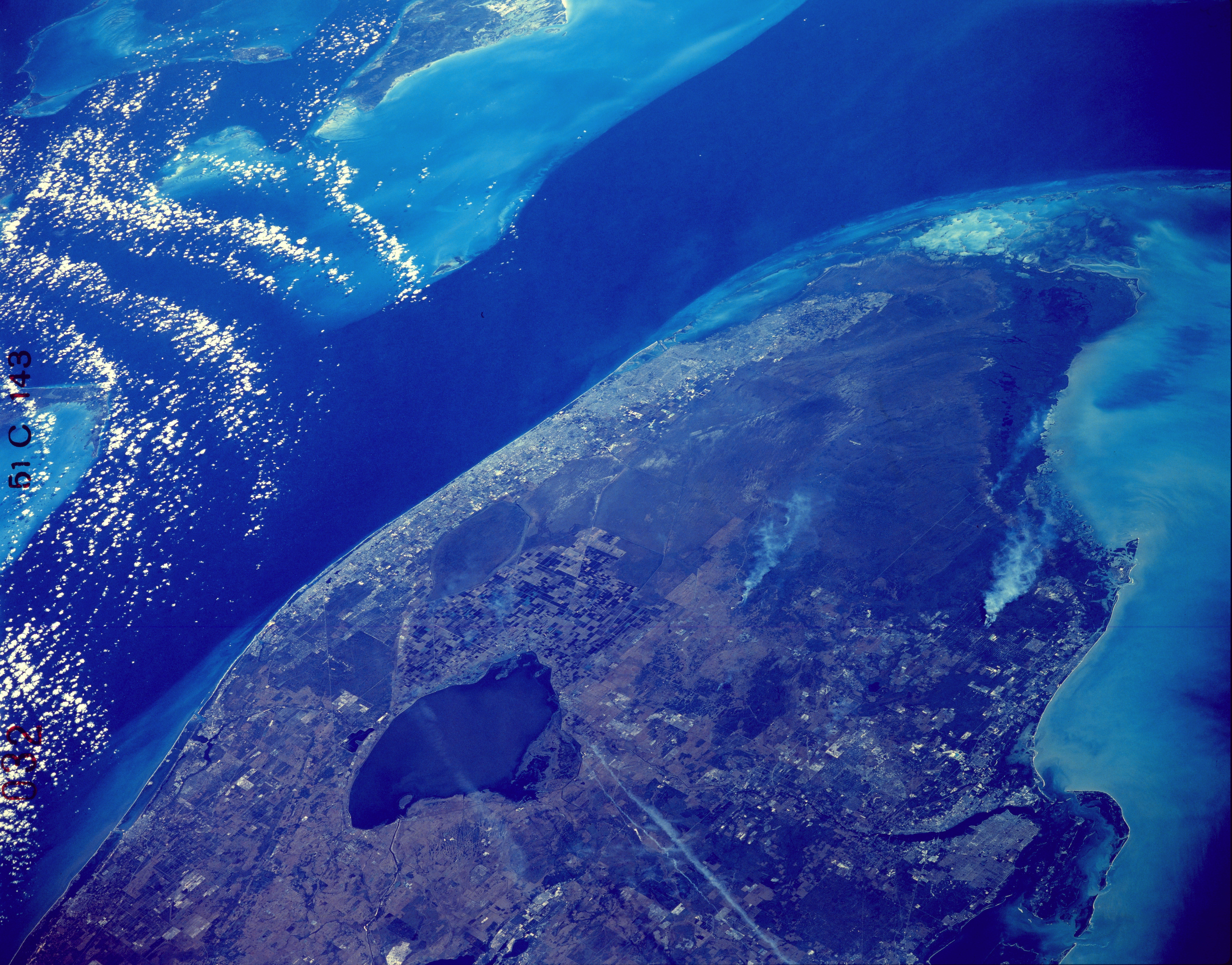 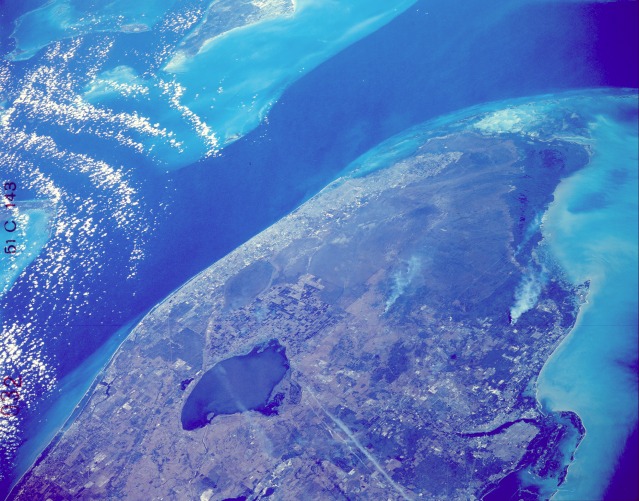 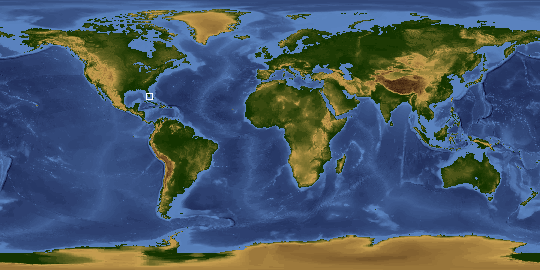 Other options available:
Download Packaged File
Download a Google Earth KML for this Image
View photo footprint information
Image Caption: STS51C-143-0032 Southern Florida, U.S.A. January 1985
The southern tip of Florida has a variety of natural landscape features, and the imprint of numerous human activities is dramatically evident in the photograph. For example, large agricultural field patterns are seen in the area immediately southeast of Lake Okeechobee. To the east and southeast of Lake Okeechobee, most of the linear features are canals--conduits that carry fresh water to the heavily populated southeast coast of Florida. This built-up coastal area generally extends from West Palm Beach in the north to the greater Miami area in the south. The Everglades National Park and the Big Cypress National Preserve of southern and southwestern Florida stand out as almost uninhabited areas. Looking closely at the photograph, you can detect the general direction of surface water flow (from north to southwest) by observing the alignment of the naturally occurring vegetation pattern through the sloughs of saw grass and hardwood hammocks of the Everglades. Several smoke palls (with their plumes trailing off to the south) are seen in this photograph. Two oriented west-east aircraft contrails are observed to the southwest of Lake Okeechobee. The dark blue (deeper water) of the Gulf Stream is in marked contrast to the light blue (shallower water) of the Great Bahama Bank and the Gulf of Mexico. Florida Bay is the highly reflective area (light blue to white) at the extreme southern tip of Florida. Bimini can be seen approximately 60 miles (100 kilometers) east of the greater Miami area. Many of the islands that form the Florida Keys are visible as they start their arc toward the southwest.