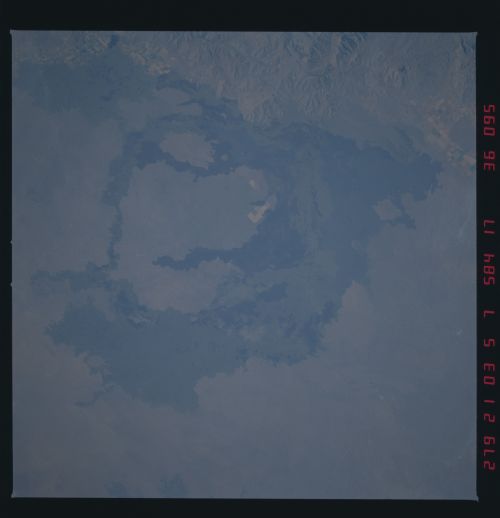 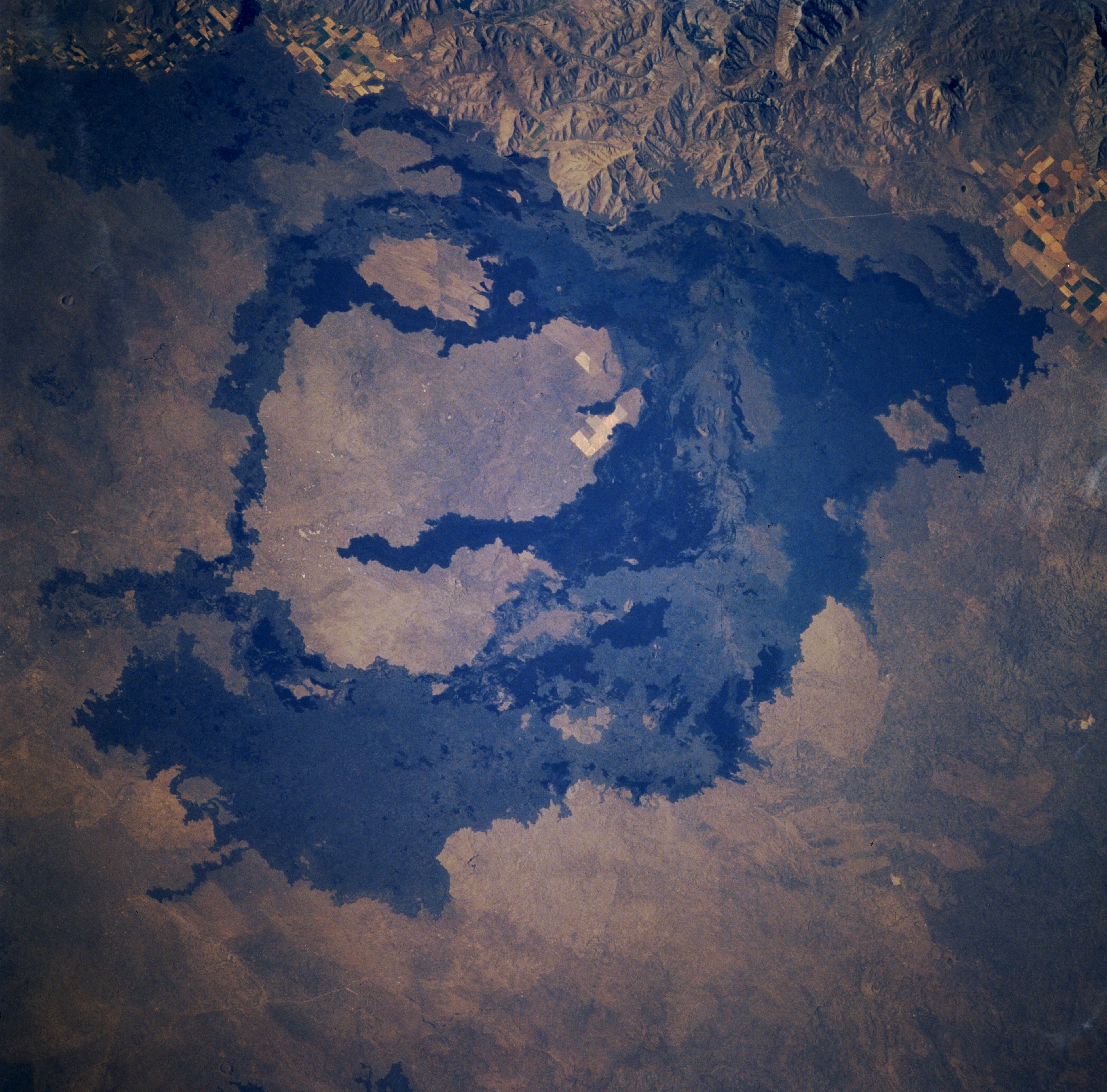 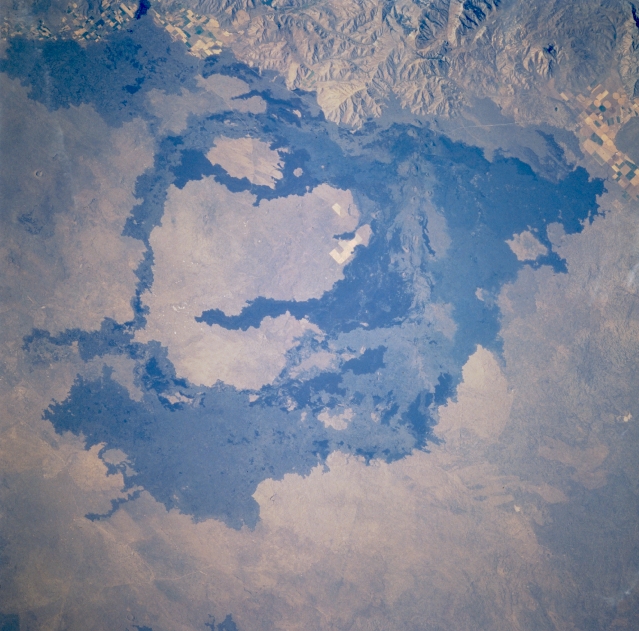 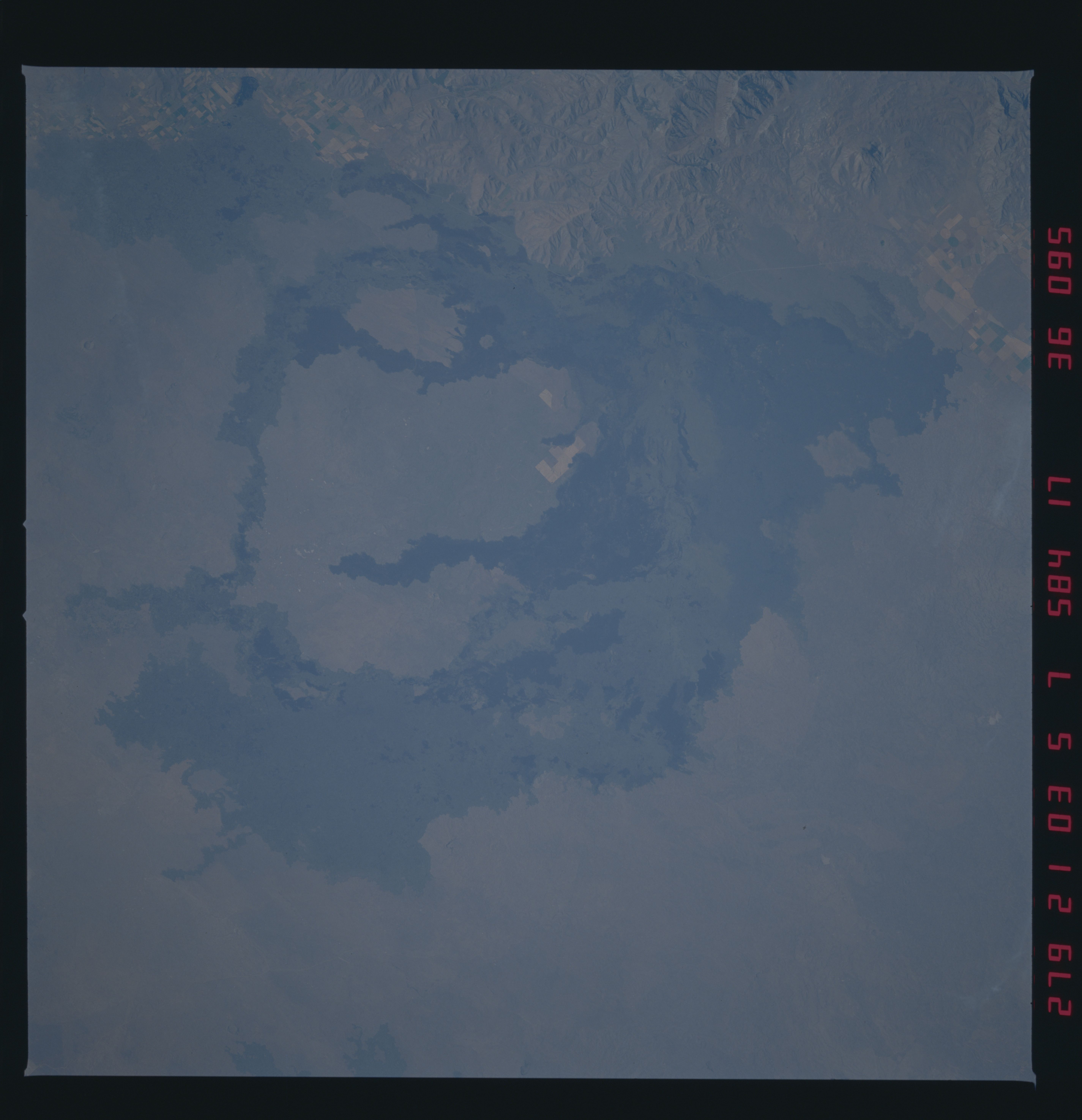 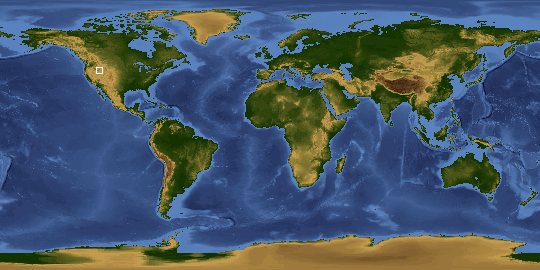 Other options available:
Download Packaged File
Download a Google Earth KML for this Image
View photo footprint information
Image Caption: STS41G-036-0095 Craters of the Moon National Monument, Idaho, U.S.A. October 1984
Craters of the Moon National Monument and surrounding lava flows, located along the northern border of the Snake River Plain, are featured in this spectacular north-looking, low-oblique view. This showcase of volcanic formations, including lava flows, cinder cones, and craters, was created by a fissure about 50 miles (80 kilometers) long in the Earth's crust. Through this zone of weakness, known as the Great Rift, lava frequently welled up to the surface over thousands of years. With each successive series of eruptions, older volcanic formations were buried, and new ones were superimposed on their surfaces. The barren black lava flows were emitted during the most recent eruptions, which occurred approximately 2000 years ago.