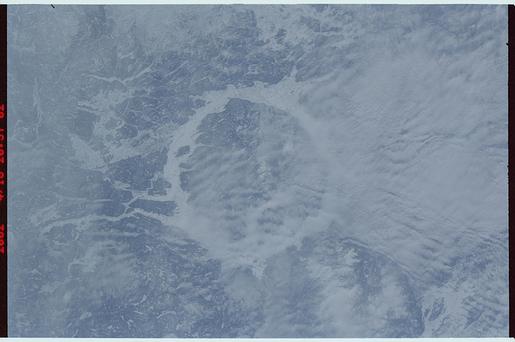 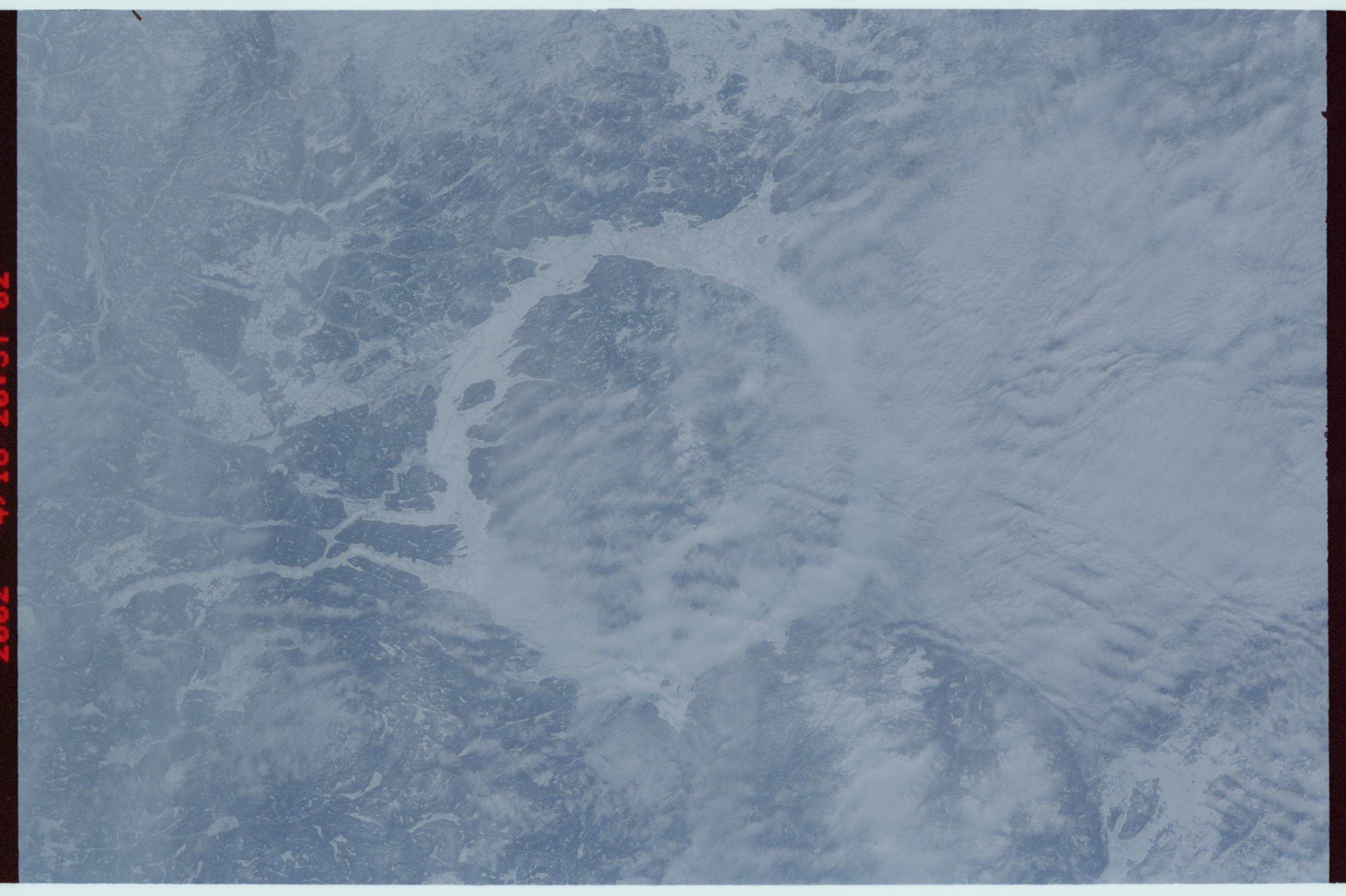 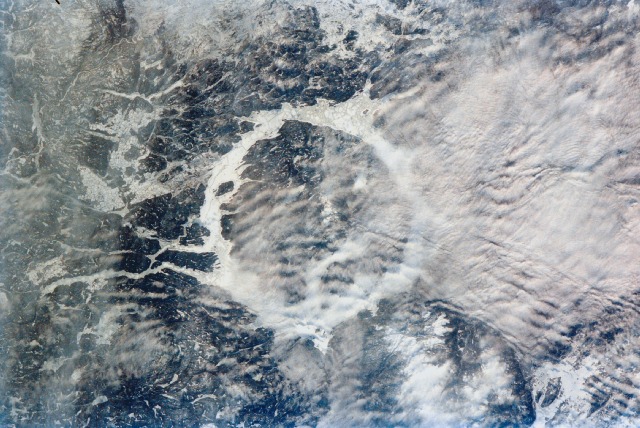 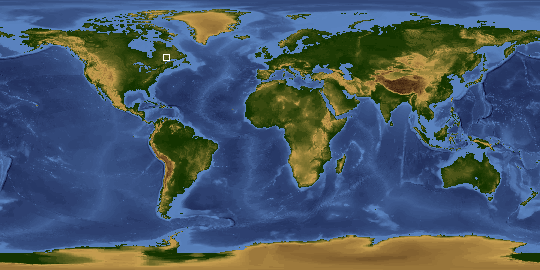 Low clouds (center right) partially obscure a portion of the ice-covered Manacouagan Reservoir located in the Canadian Shield of Quebec Province in eastern Canada. Manacouagan Reservoir marks the site of an impact crater, 60 miles (100 km) wide, that was formed 212 million years when a meteorite crashed into this area. Over millions of years, the crater has been worn down by the many advancing and retreating glaciers and other erosional processes. Manacouagan Reservoir is drained to the south (left center) by the Manacouagan River.