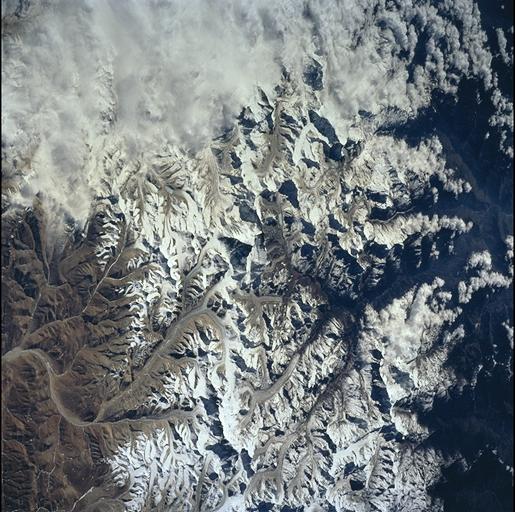 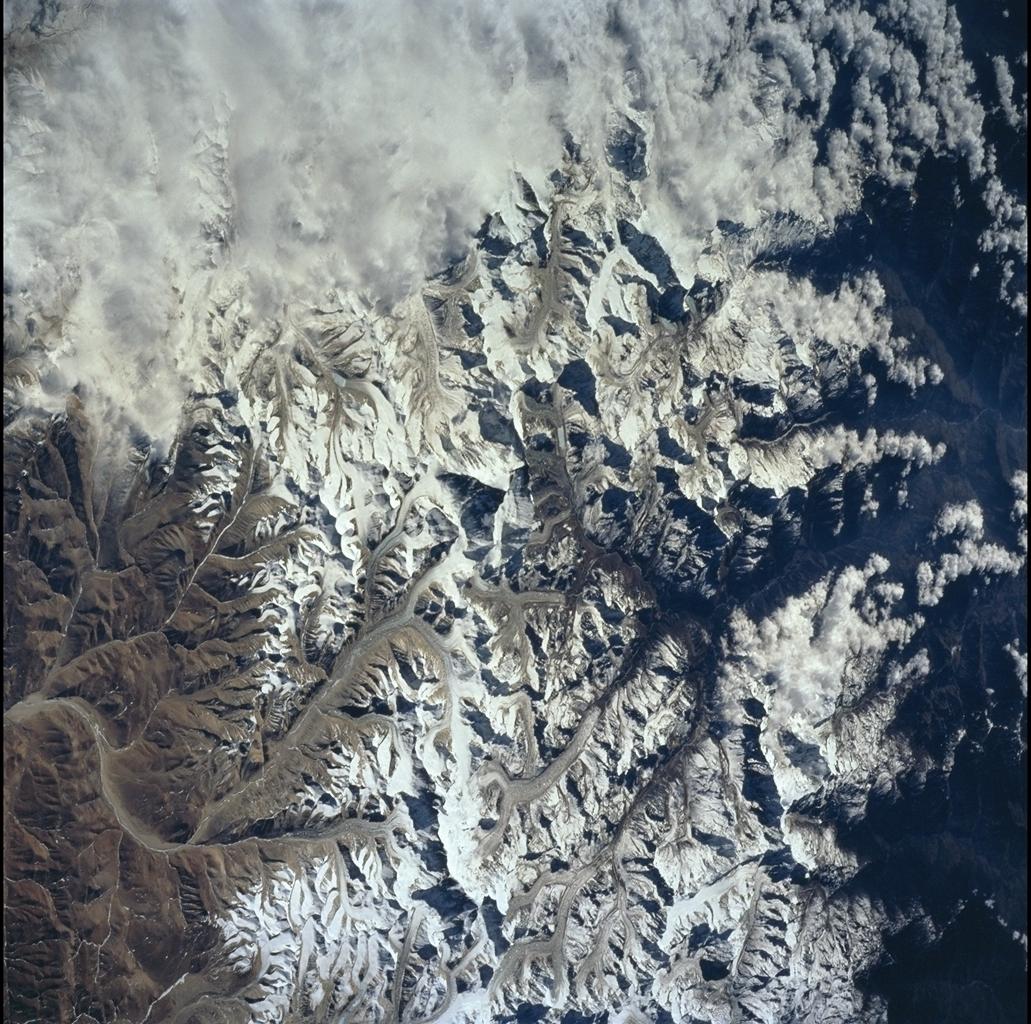 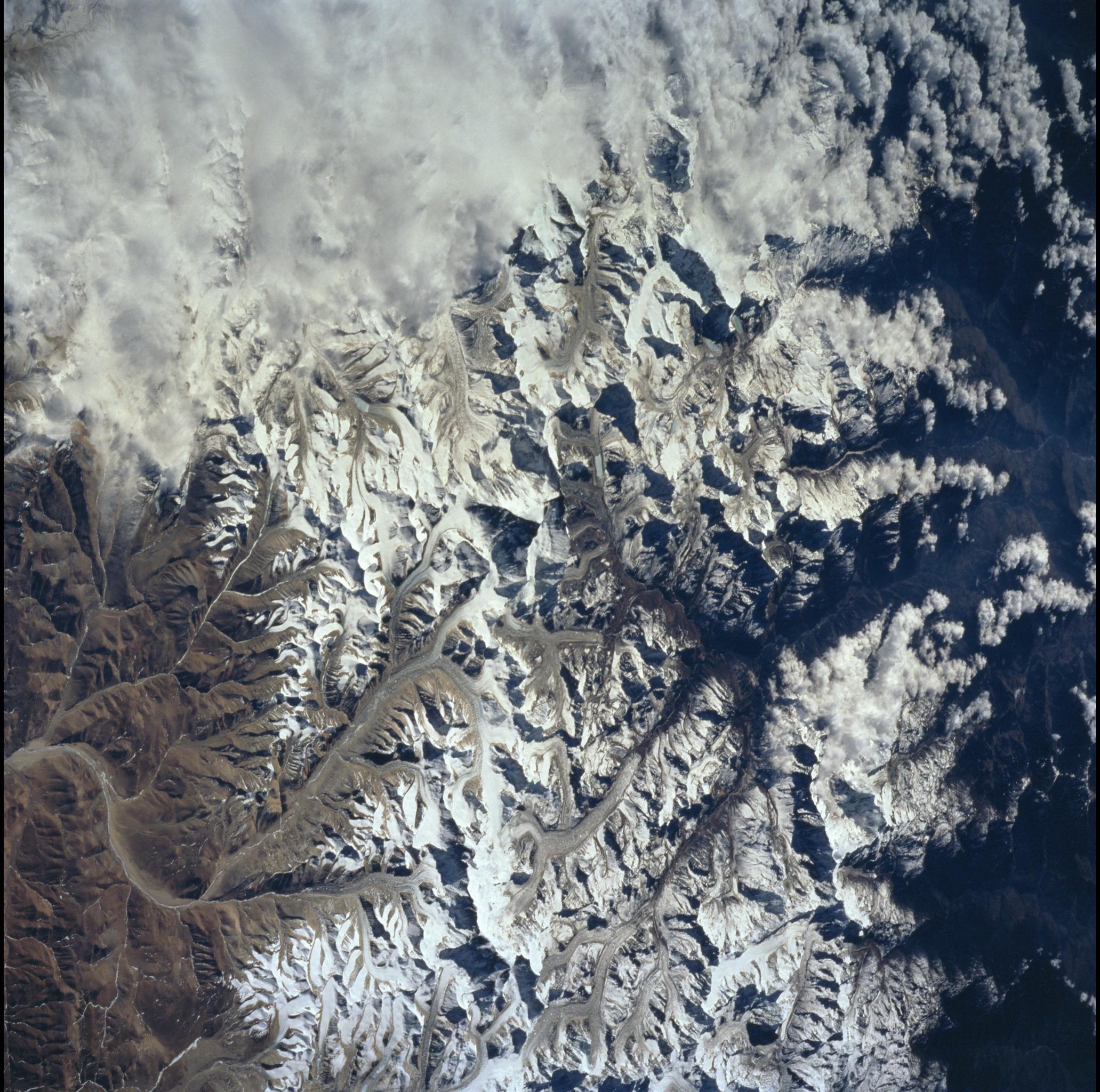 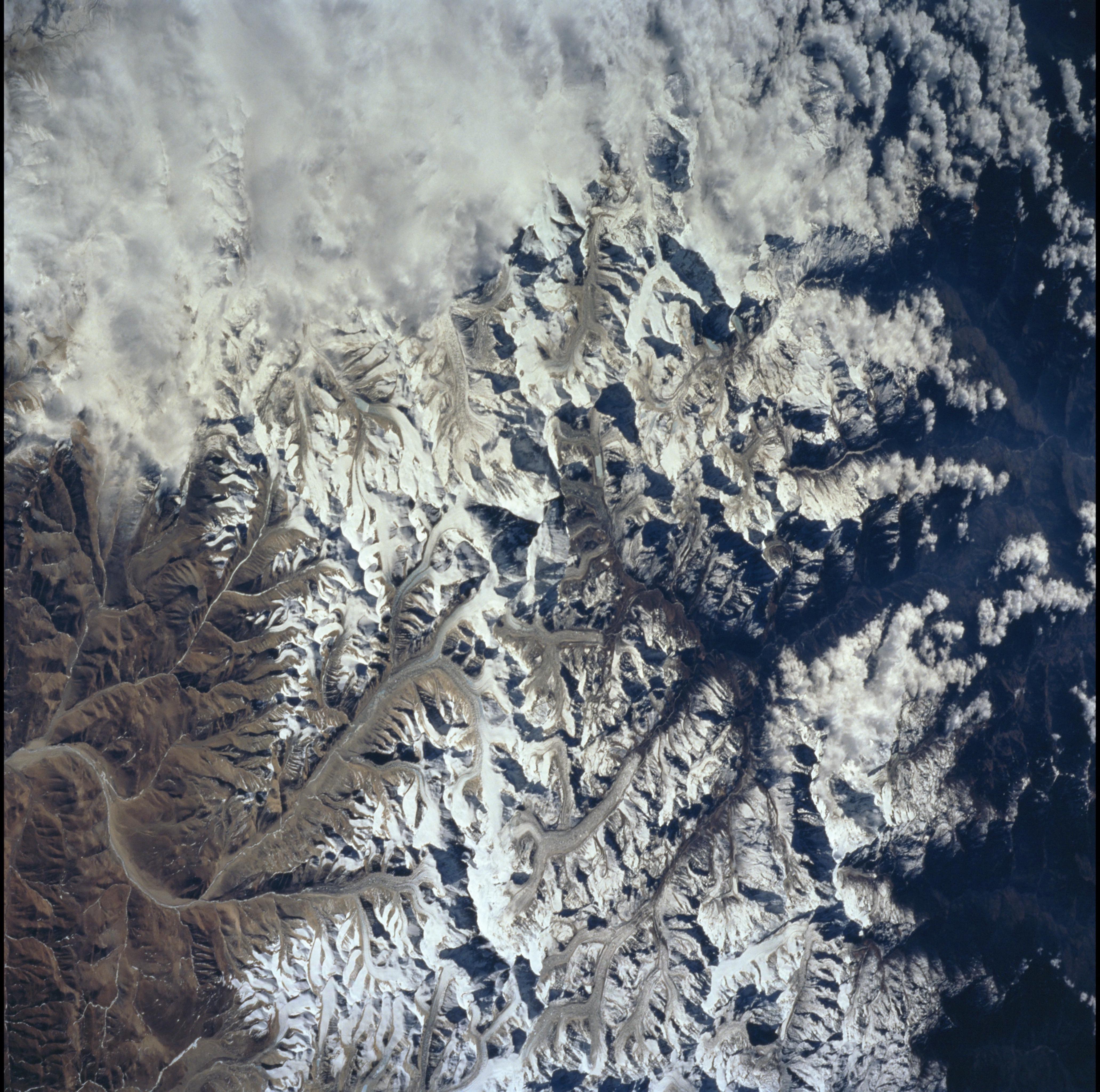 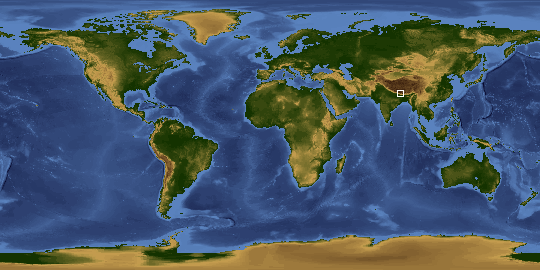 Other options available:
Download Packaged File
Download a Google Earth KML for this Image
View photo footprint information
Image Caption: Mt. Everest, eastern Himalaya, Tibet Autonomous Region of China
Mt. Everest (29,028 ft/8848 m; center of photo), also called Qomolangma Feng,
is just north of the border between Nepal and China. The Himalayas and the
Tibetan Plateau are products of the collision of the Indian and Eurasian tectonic
plates. With the continuing northward march of India, the crust of the Earth has
become thicker and the Tibetan Plateau has been uplifted to an average
elevation of about 15,000 feet. At the summit of Mt. Everest are fossil-bearing
limestones that were deposited beneath the sea around 510 million years ago
(Cambrian to Ordovician time).

Glaciers, moraines, and outwash plains are spectacularly displayed. Glacial
meltwaters in this area feed the Arun River, eventually reaching the Ganges on
the plains of India.