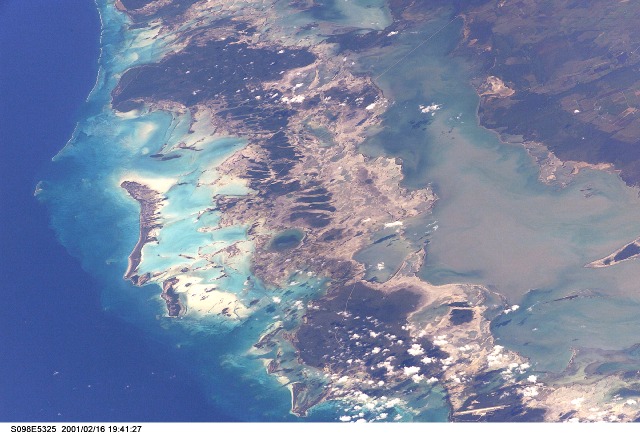 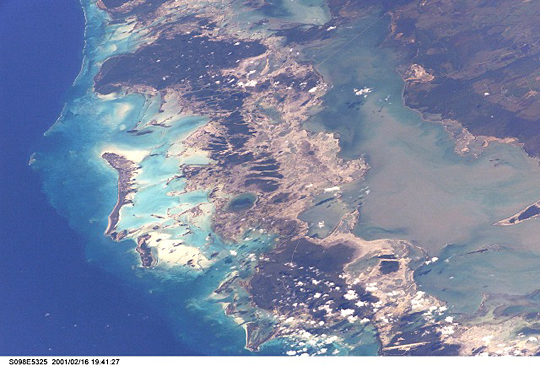 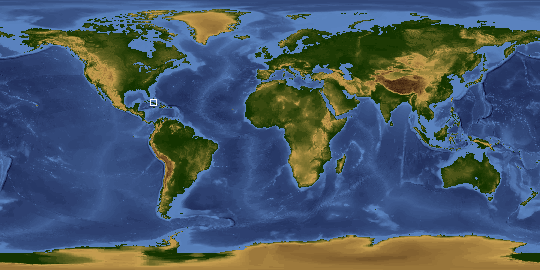 Other options available:
Download Packaged File
Download a Google Earth KML for this Image
View photo footprint information
Image Caption: Cayo Romano, Cuba
Off the northern coast of Cuba and not far from the Bahamas, Cayo Romano is the largest of the island chain known as the Sabana-Camaguey Archipelago (or more romantically as the Jardines del Rey, Gardens of the King). Some of the efforts to increase its desirability as a tourist destination are visible in this photograph, including a causeway to the mainland in the upper right corner, and a causeway connecting it to Cayo Coco. The airstrip built on Cayo Coco in 1995 is visible as the long rectangular white patch at the bottom right. The land of the island is low-lying with much of it covered by mangroves and wetlands, and is home to an estimated 30,000 flamingoes. A barrier reef can be seen on the left side of the photo. There are plans for a number of new hotels on both Cayo Coco and Cayo Romano, expanding the number of hotel rooms from about around a thousand to over 22,000.