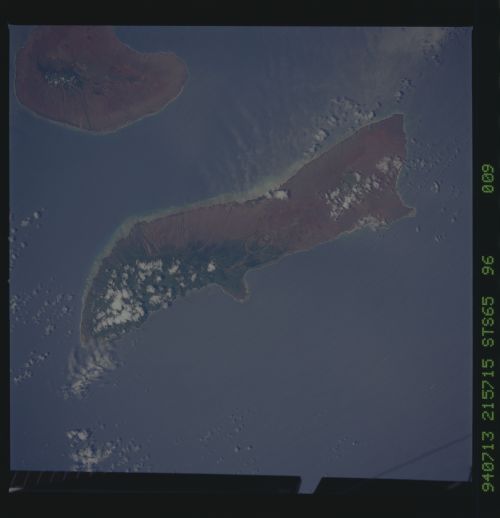 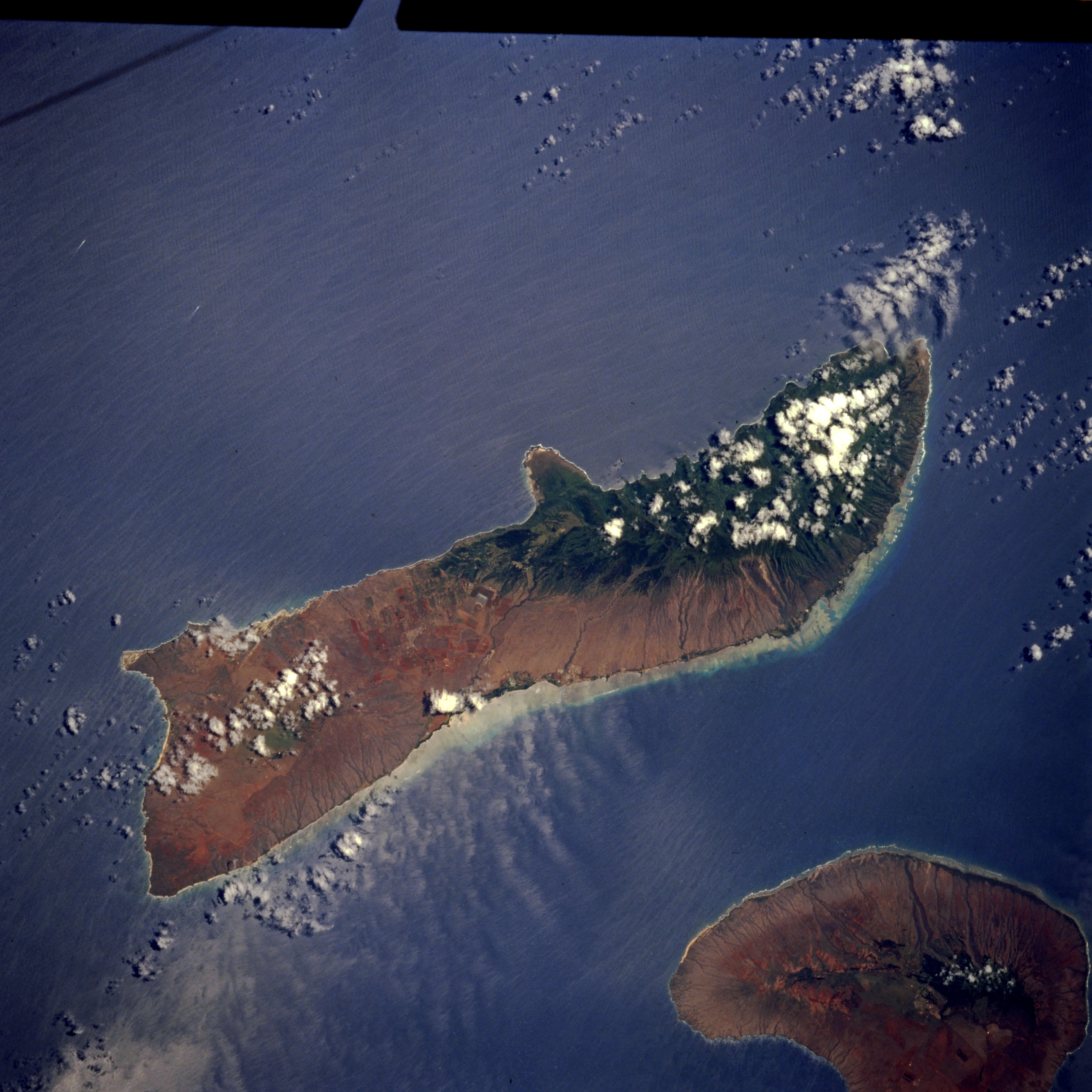 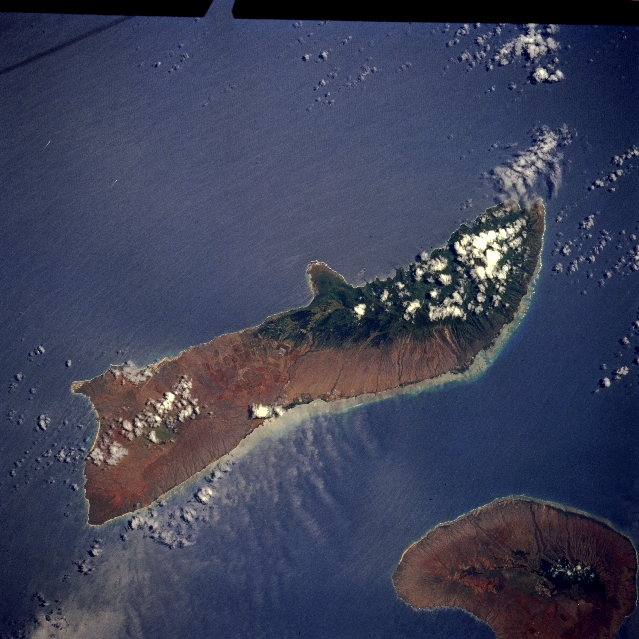 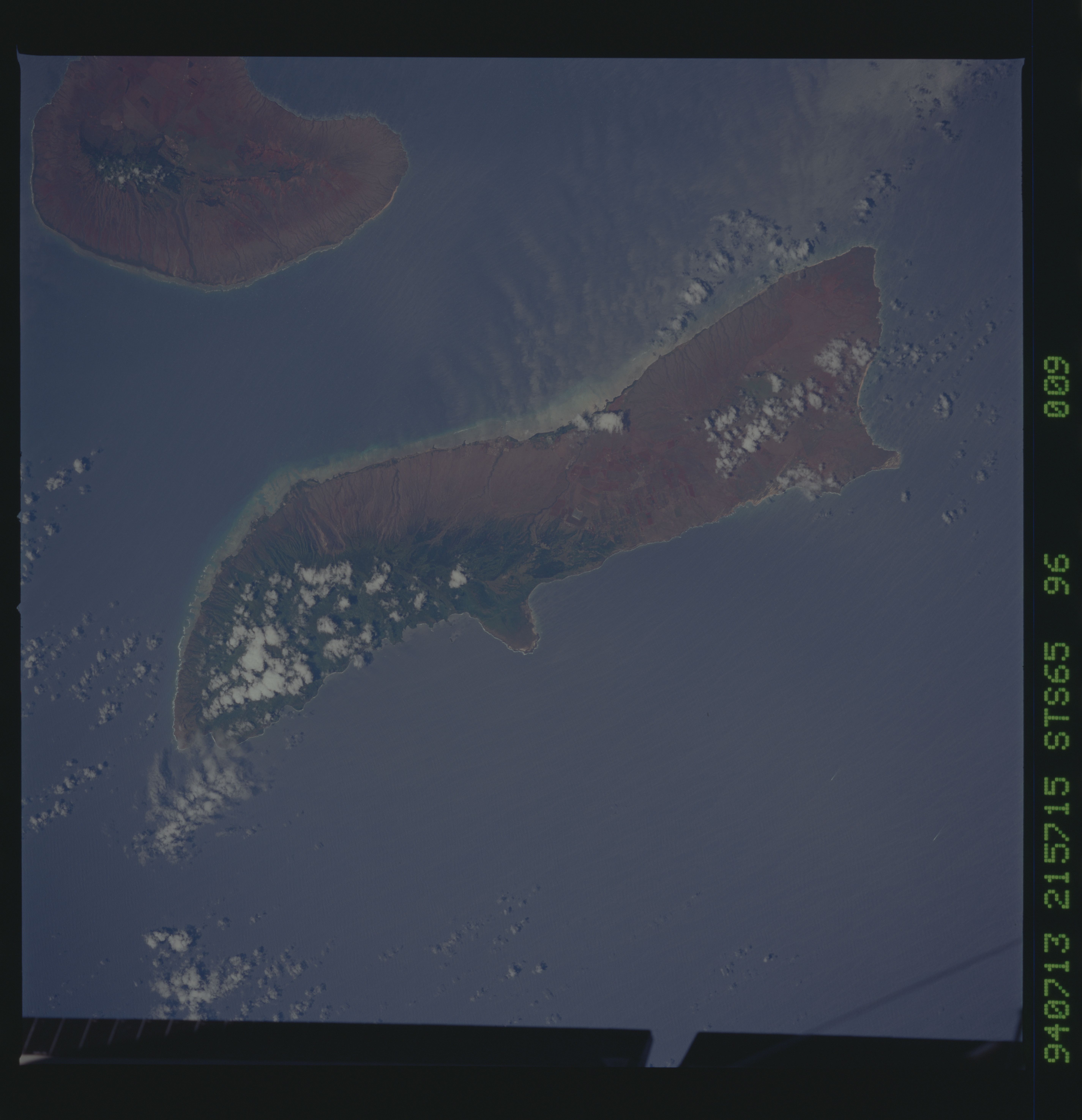 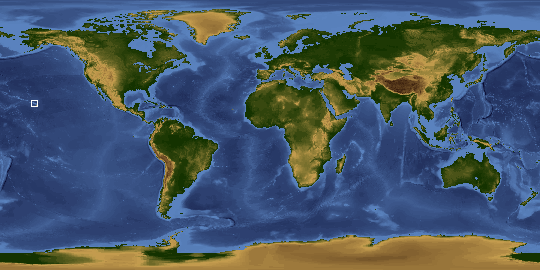 Other options available:
Download Packaged File
Download a Google Earth KML for this Image
View photo footprint information
Image Caption: STS065-096-009 Molokai, Hawaii, U.S.A. July 1994
The higher elevations along the northeastern third of Molokai, some at 4970 feet (1515 meters), have a dramatic impact on the amount of precipitation that falls from one island to another and on different parts of the same island. The rain shadow effect--drier conditions in the west (signified by lighter colors)--is the result of the northeast trade winds hitting the higher elevations in the east and dropping most of the moisture along the northeastern end of the island (darker colors indicate vegetation). The remote peninsula that juts northward in the middle of the north coast is the site of Kalaupapa National Historical Park. A leper colony was established in 1866 on this remote peninsula. A well-established coral reef system is visible along the south and southeastern shorelines of Molokai, south of which lies Lanai.