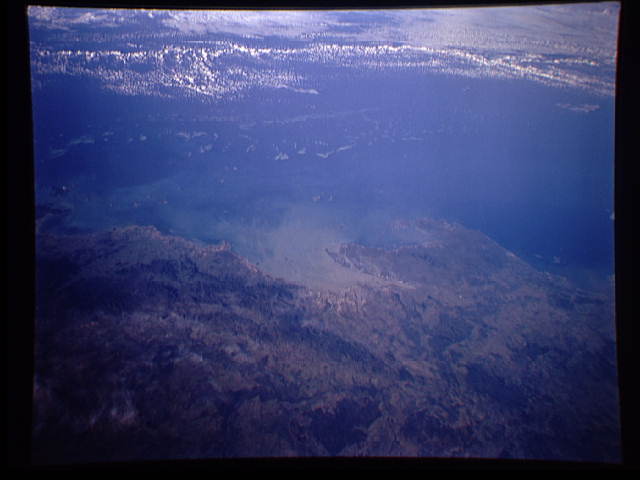 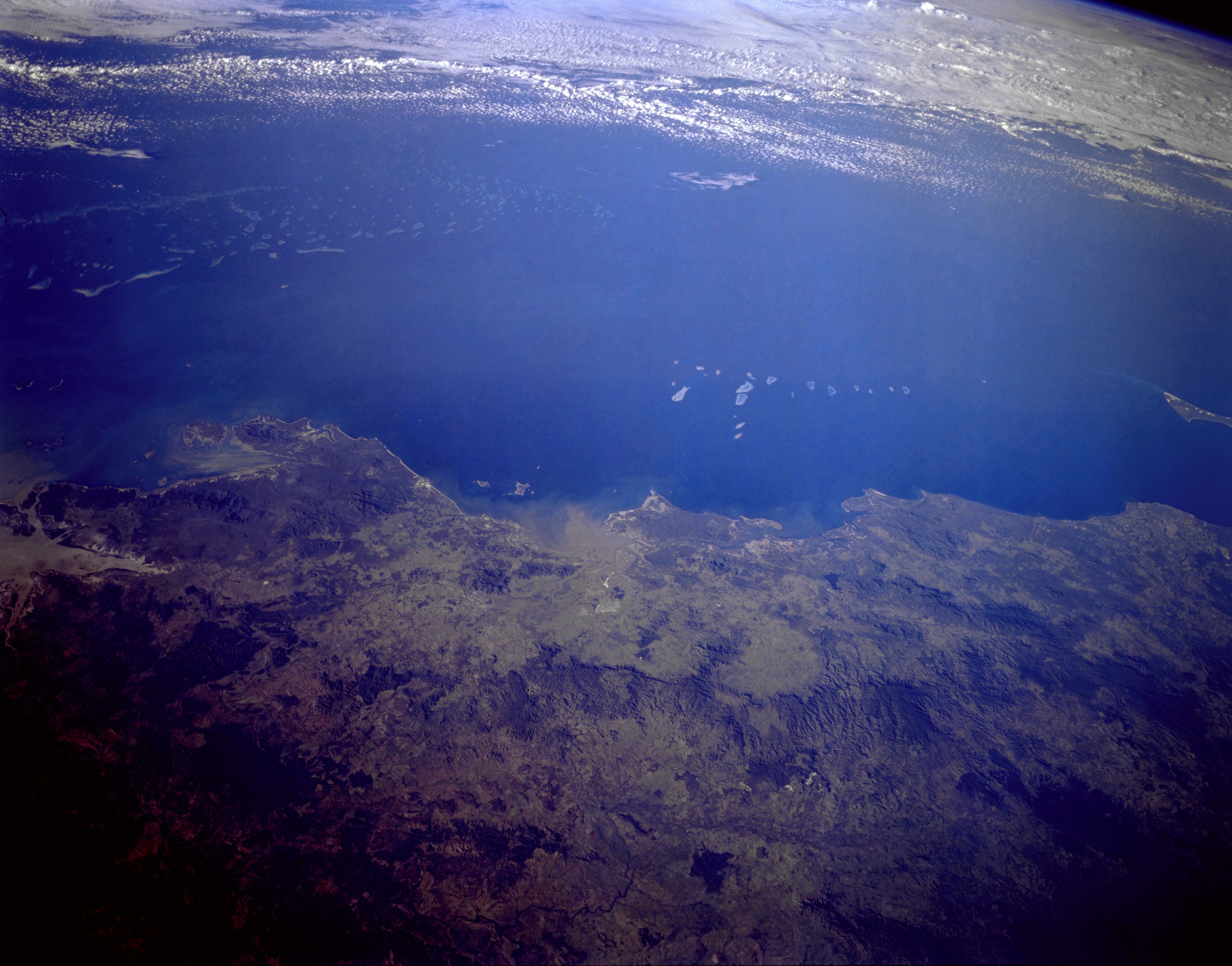 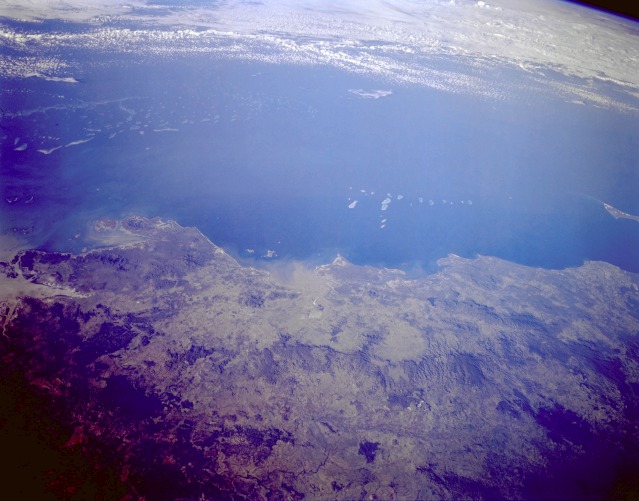 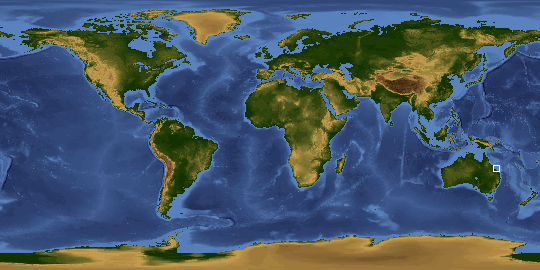 Other options available:
Download Packaged File
Download a Google Earth KML for this Image
View photo footprint information
Image Caption: STS059-L22-035 Great Barrier Reef, Queensland, Australia April 1994
The southern end of the largest and longest coral formation in the world, Australia's Great Barrier Reef, is shown in this synoptic, low-oblique, northeast-looking photograph. This particular section of the reef off the northeast Queensland coast lies just north of the Capricorn Channel. The total reef structure is made up of a complex assemblage of more than 2500 individual reefs and 300 coral islands. This northwest-southeast-trending reef extends for roughly 1200 miles (1900 kilometers) along the northeast coast of Australia. A series of low, forested, coastal mountains with elevations between 1500 and 3000 feet (450 and 900 meters) above sea level is clearly visible throughout the coastal region. A sizable sediment plume extends into Broad Sound, which is fed by several short-flowing rivers. This type of sediment plume can produce a negative impact on the coral reef because the tiny creatures that comprise the reef cannot survive in very dirty water. The Australian Government has set aside the Great Barrier Reef as a national marine park, and this region has evolved into a major tourist attraction for both domestic and international visitors.