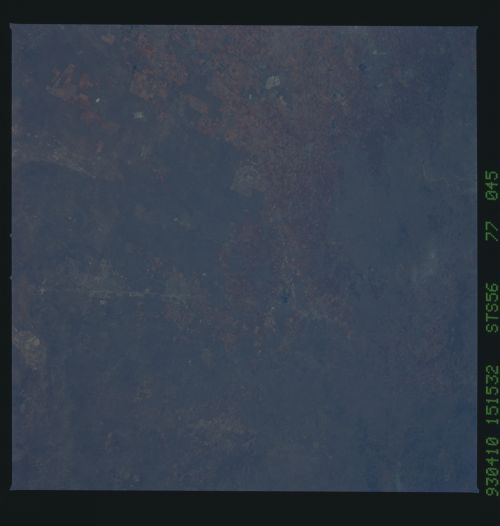 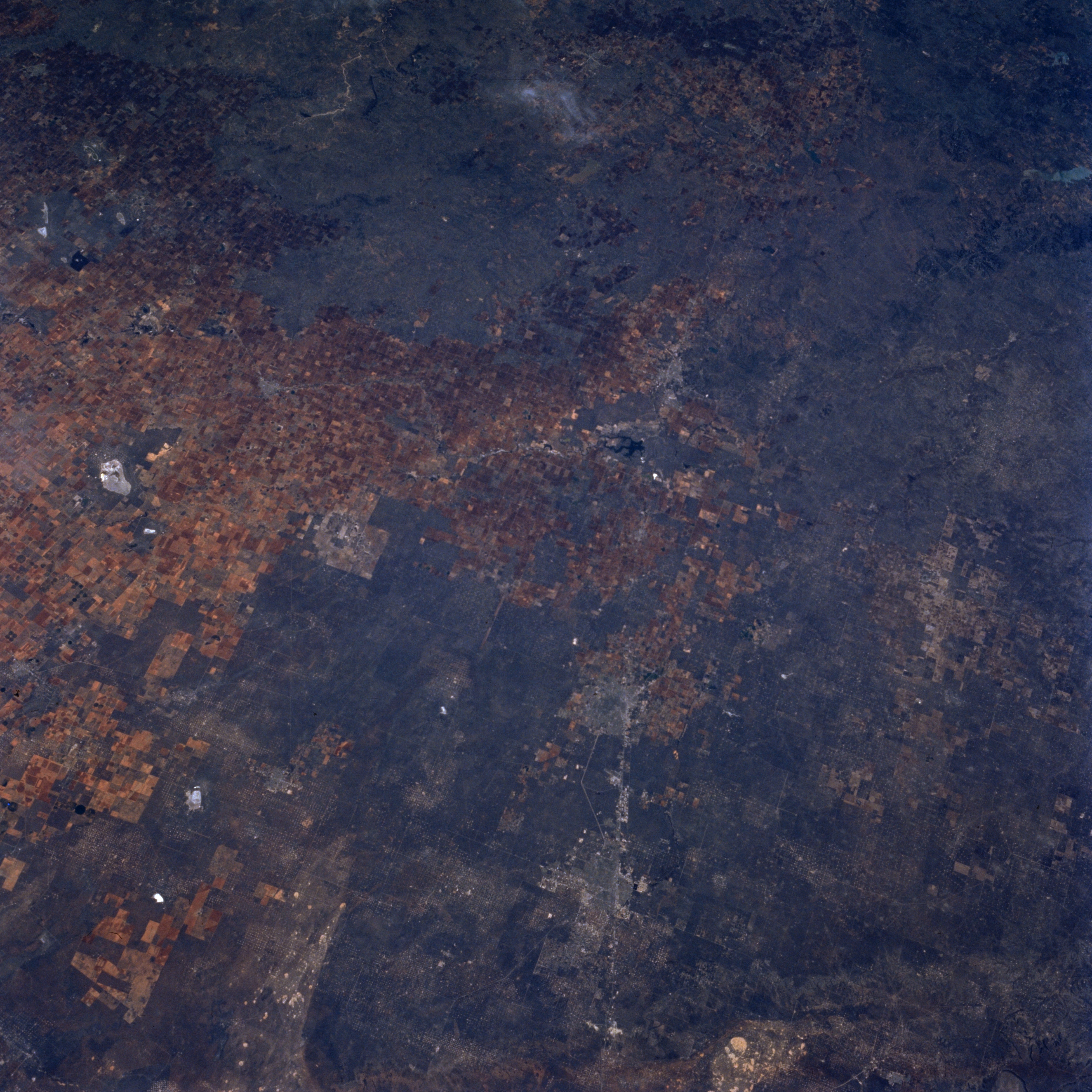 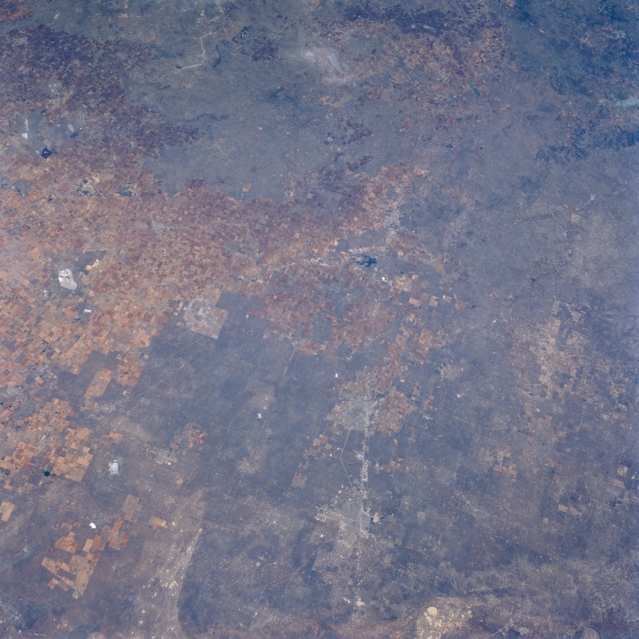 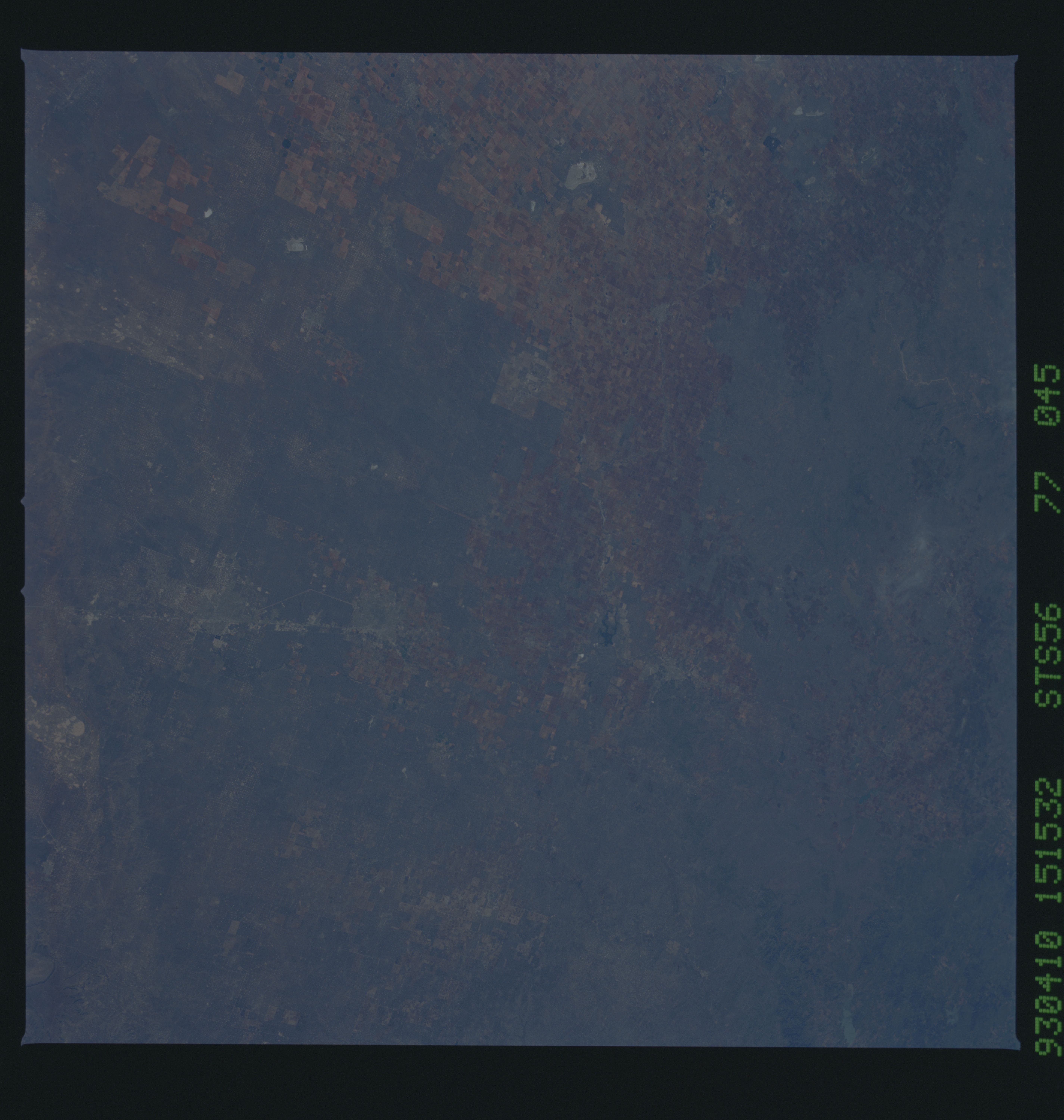 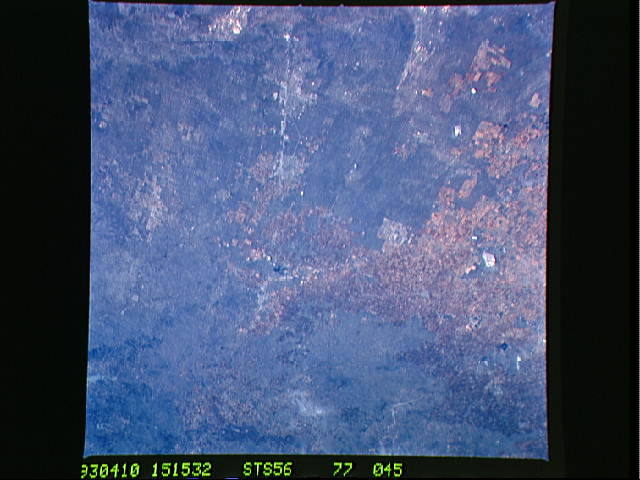 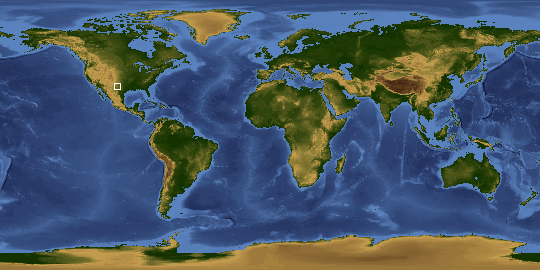 Other options available:
Download Packaged File
Download a Google Earth KML for this Image
View photo footprint information
Image Caption: STS056-077-045 High Plains, Texas, U.S.A. April 1993
Barely discernible are the faint outlines of Odessa and Midland along Interstate Highway 20 in this northeast-looking photograph of the high plains of west Texas. Most of the urban development for these cities has occurred on the north side of the interstate highway. Visible 30 miles (48 kilometers) east of Midland is small, dark Natural Dam Salt Lake, and to its east is northwest-southeast-oriented U.S. Highway 87 that connects Big Spring and Lamesa. The dark landscape denotes extensive areas of scrubby, desert vegetation, which provide scarce grazing for cattle in these relatively flat, slightly elevated plains. Numerous oil and gas fields are scattered throughout this region, many of which can be identified by a concentration of uniformly spaced white dots. Visible is the eastern edge of Monahans Sandhills State Park (bottom of photograph).