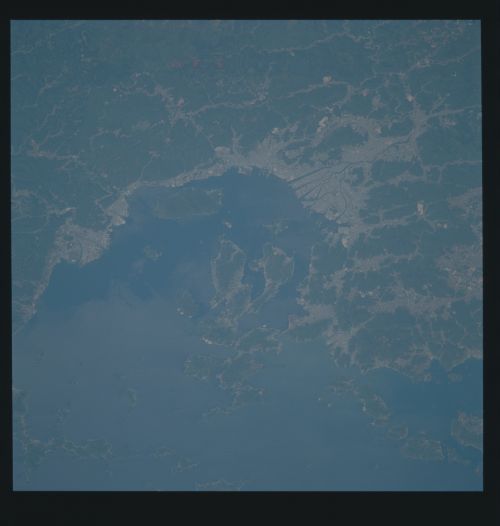 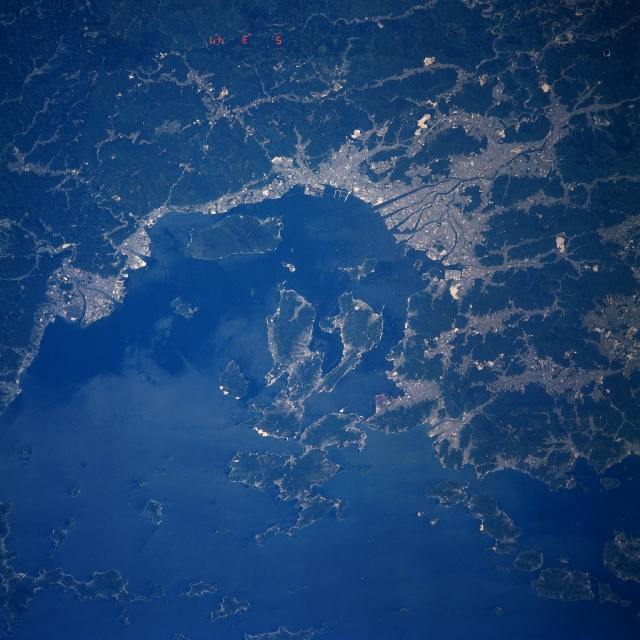 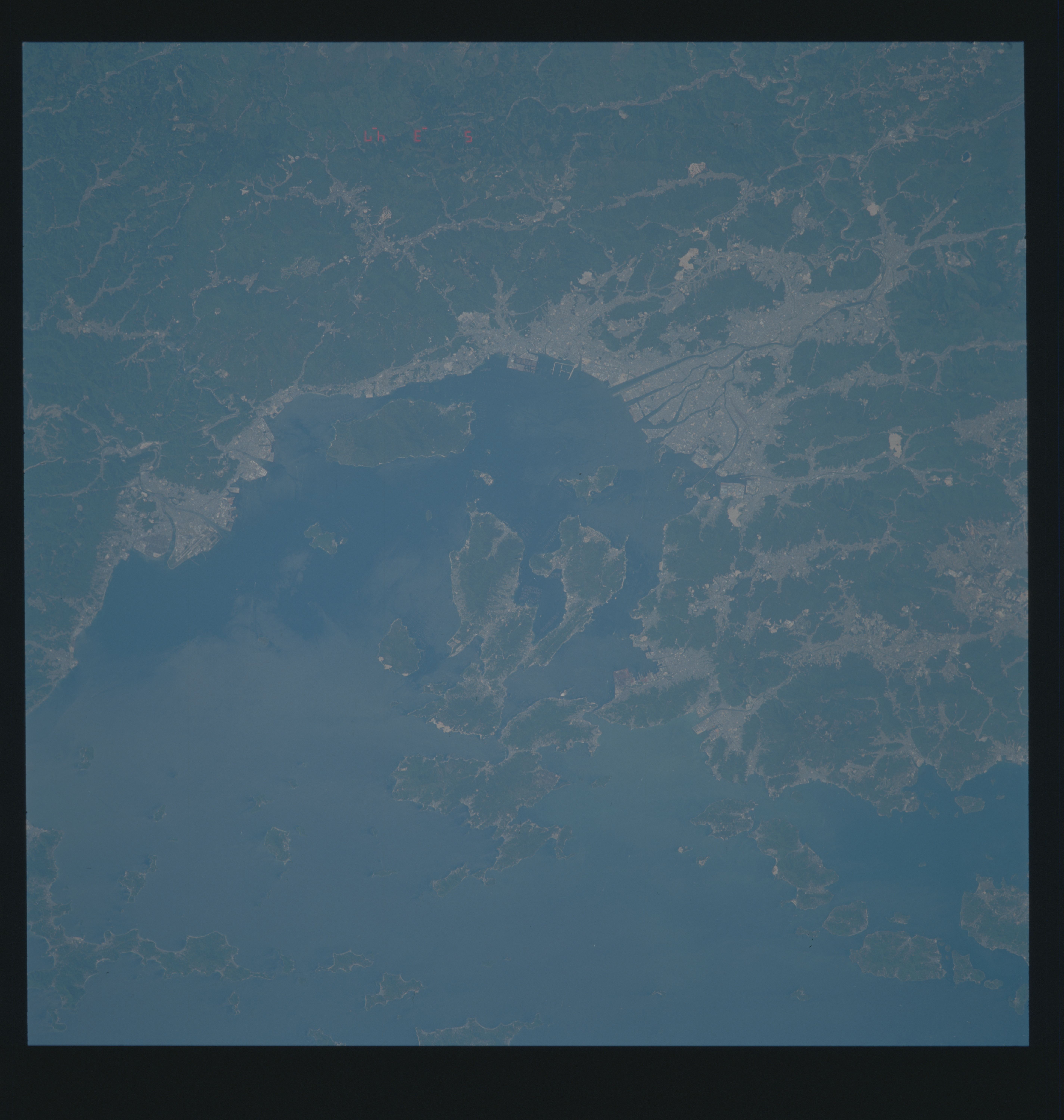 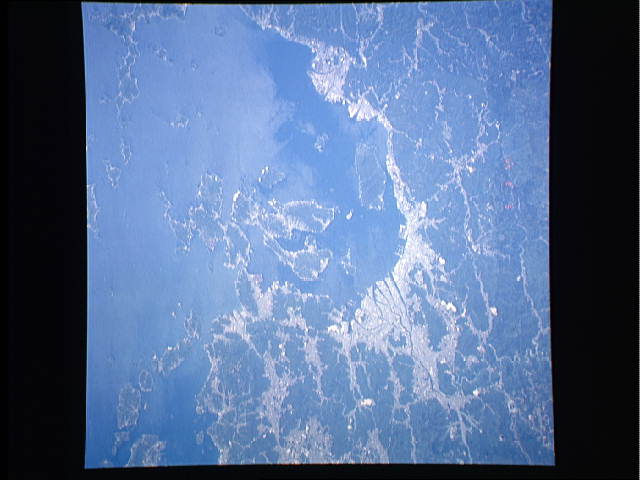 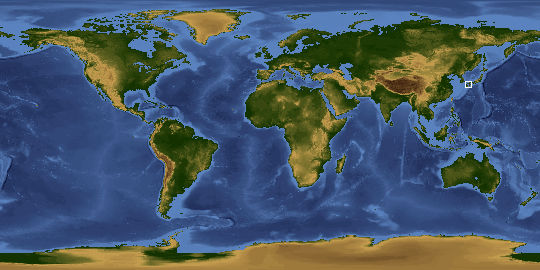 Other options available:
Download Packaged File
Download a Google Earth KML for this Image
View photo footprint information
Image Caption: STS039-609-010 Hiroshima Area, Honshu, Japan May 1991
The Japanese city of Hiroshima, known as the "City of Peace" or the "City of Water," can be located on the image (lighter-looking landscape) where six distributary channels (dark, linear features) of the Ota River has formed a large delta upon which the city has developed (slightly above the right of center). The light-colored areas show where human development has taken place, either in the form of towns and cities or as limited agricultural areas. In this particular scene human presence is mainly found along the periphery of the Inland Sea and in the mountain valleys. The dominating terrain in this image consists of rugged, forested mountains (darker areas). Note that the Inland Sea has a myriad of islands of varying shapes and sizes.