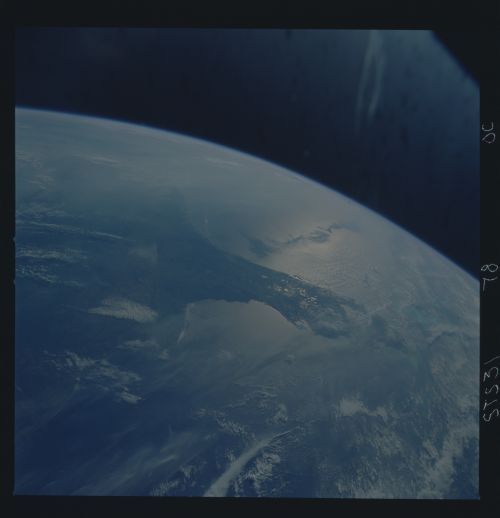 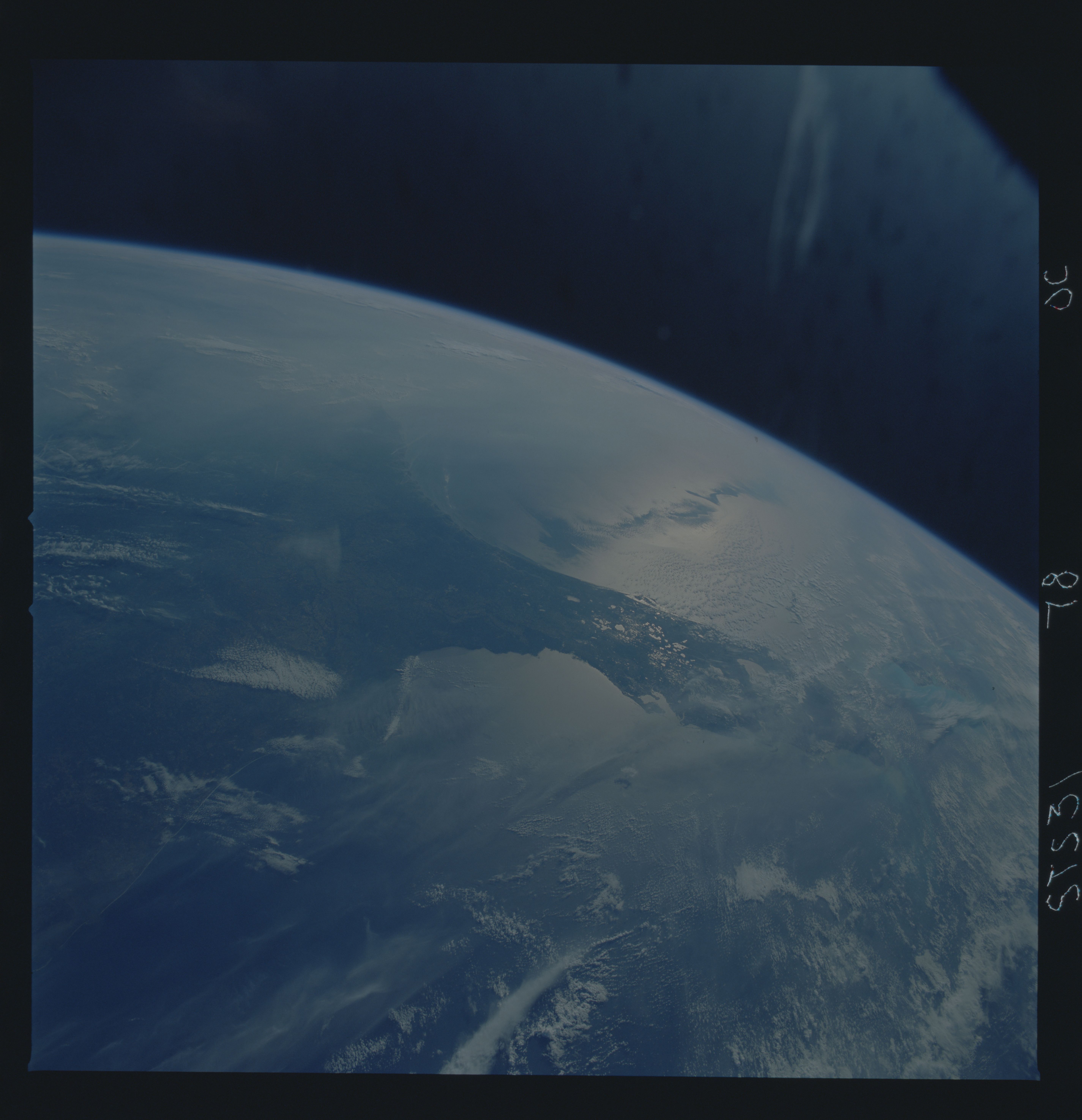 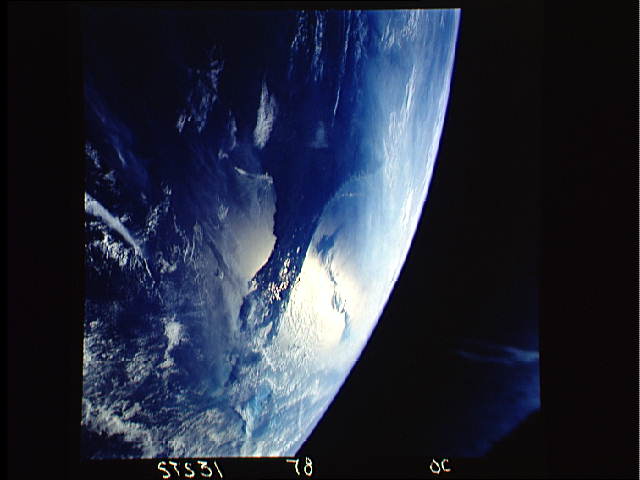 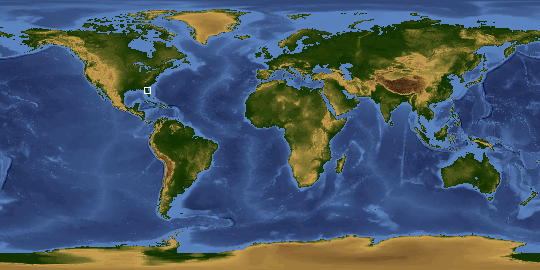 Other options available:
Download Packaged File
Download a Google Earth KML for this Image
View photo footprint information
Download a GeoTIFF for this photo
Image Caption:
Oblique view of the Florida Peninsula (S31-78-00C). The central
lakes of Florida are highlighted in the sunglint. Also, the sig-
nature of an area of high pressure is graphically depicted in
this image. The Shuttle was located over the central Gulf of
Mexico looking northeast. An area of high pressure was ridging
into the Southeastern U.S. The dark areas in the sunglint run-
ning east-west located to the east of Florida indicate areas of
calm seas which result from the light winds of the high pressure
center. Haze and contrails cover the eastern seaboard of the US
and extend offshore over the Atlantic ocean. The haze and smog
was moving southeast into the Atlantic on the north side of the
high pressure.


The Gulf coast and the Florida peninsula (30.0N, 81.5W) seen in sunglint. The lakes of central Florida are highlighted in reflected light in this scene. The view extends up along the Georgia and South Carolina Coast and clouds cast shadows in the sunglint. The sunglint off the east coast also highlights shears in the Atlantic related to the Gulf Stream. To the south, Andros Island and the Grand Bahama Bank are visible.