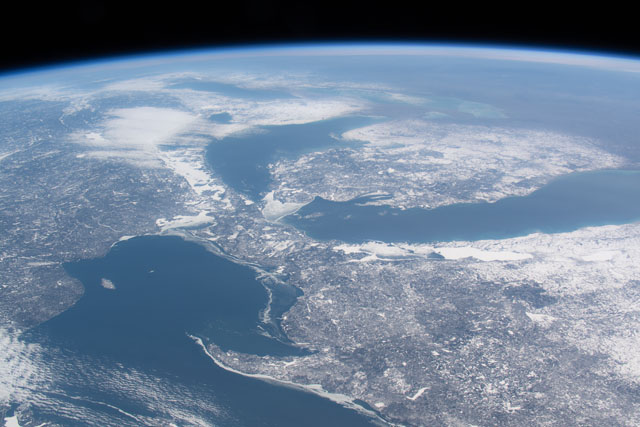 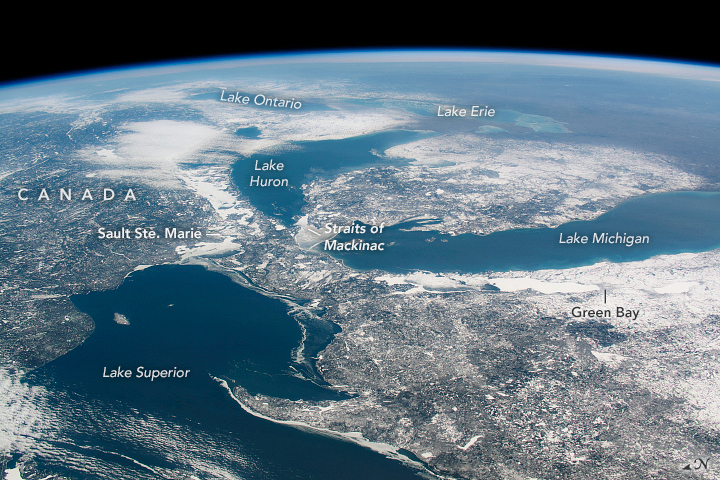 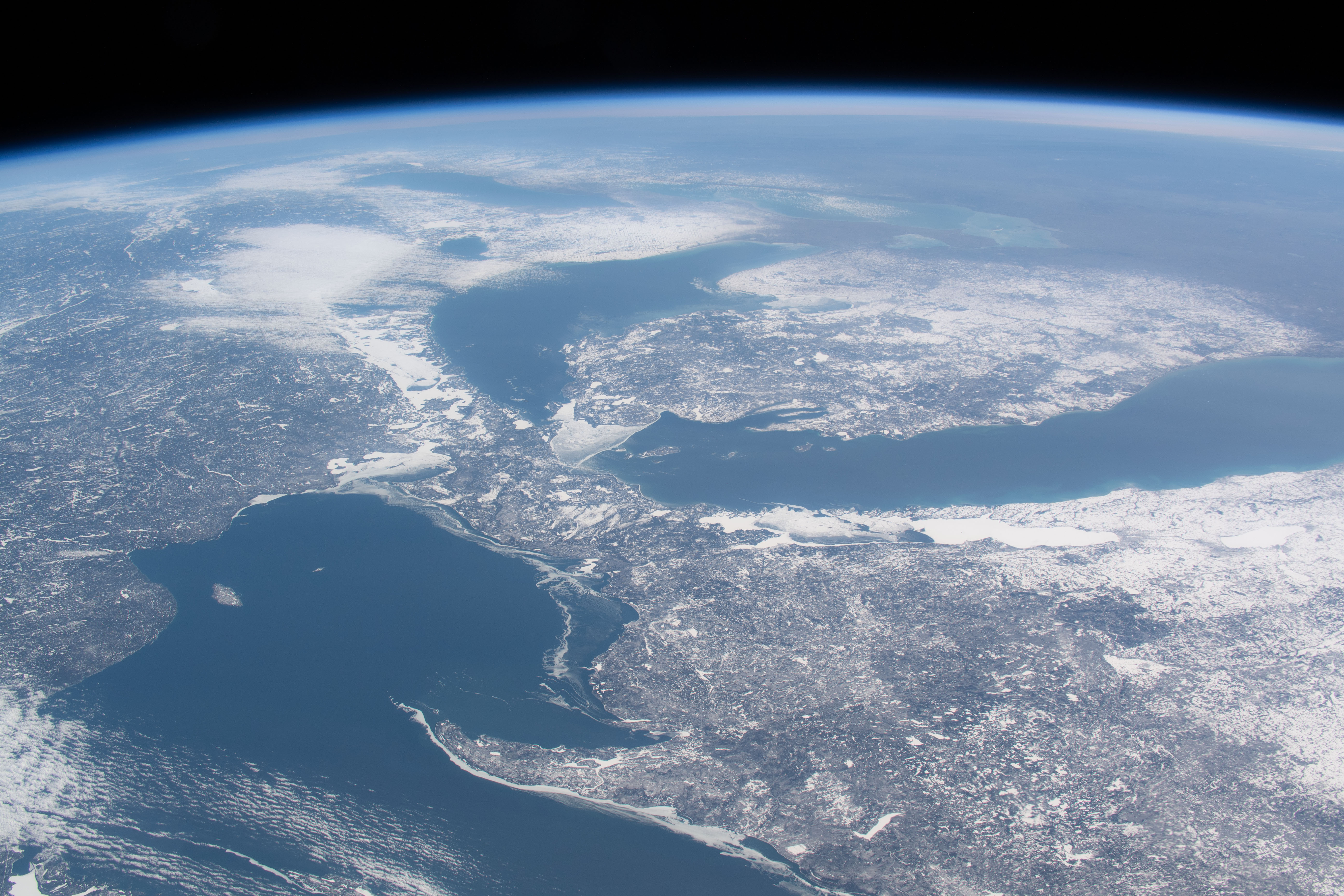 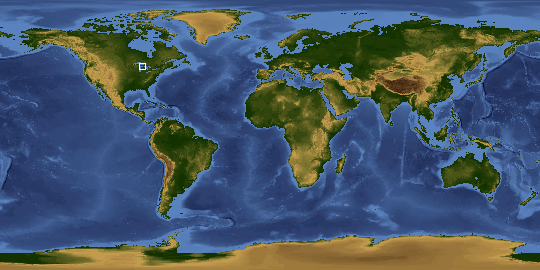 An astronaut aboard the International Space Station (ISS) took this oblique photograph of the Great Lakes in late winter. The international border between Canada and the United States snakes down the middle of lakes Superior, Huron, Erie, and Ontario. The spike of land jutting into Lake Superior is the Keweenaw Peninsula, the northern tip of Michigan's Upper Peninsula (which you can also see here).

From late February to early March in most years, the winter cold freezes much of the surface area of the lakes. However, almost no ice is visible on any of the lakes in this view from February 21, 2020, except for a small accumulation around the Straits of Mackinac. The 22 percent ice cover at that point was significantly lower than the long-term average of 55 percent, and one of the lowest percentages on record.

Small towns are difficult to see under snow, but you can make out Green Bay, Wisconsin, and Sault Ste. Marie, Ontario. Lake-effect snow appears "downwind" of Lake Michigan (on the lower peninsula of Michigan) and downwind of Lake Huron in Ontario.