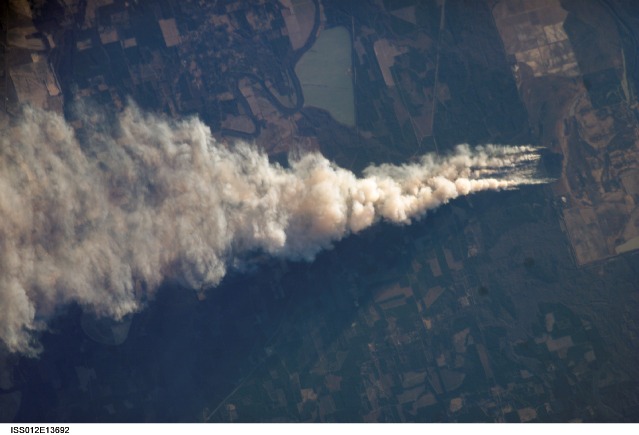 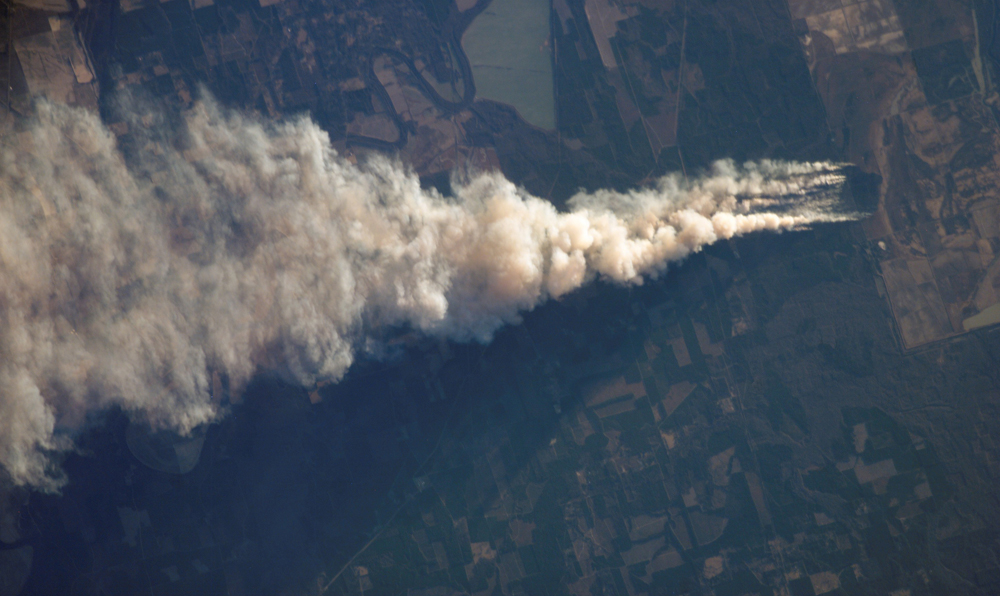 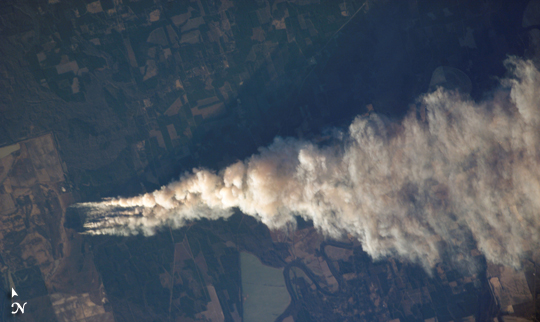 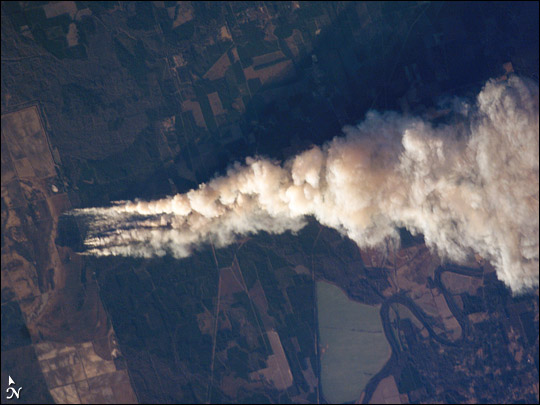 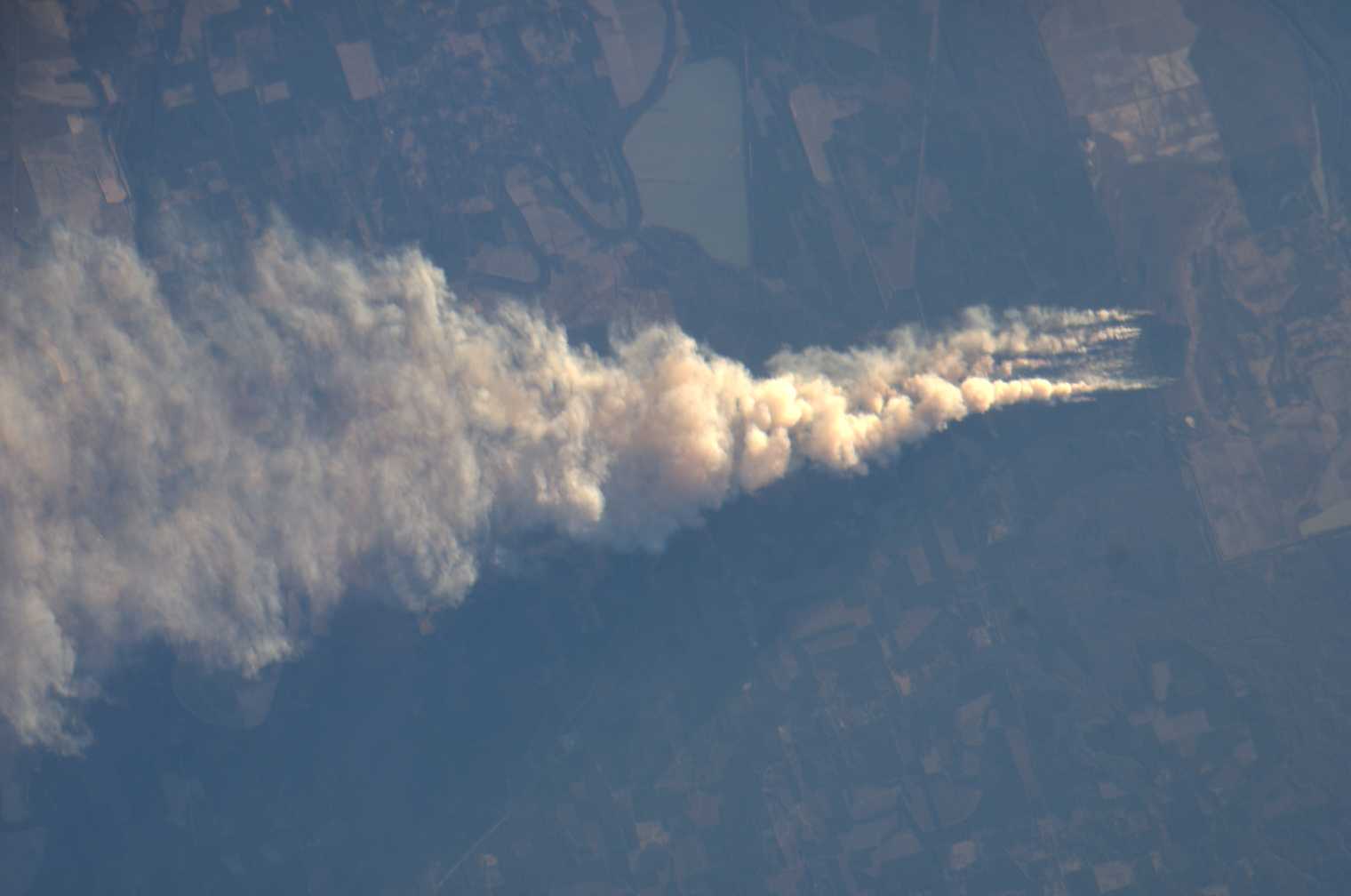 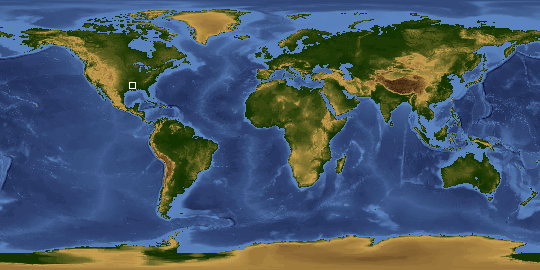 Dry conditions and high winds have lead to numerous recent fire outbreaks throughout much of the southwestern and south-central USA. Drought conditions have persisted in the region for months, leading to a build-up of fire fuels, including dried grasses, shrubs, and trees. The combination of high amounts of dry fuel and frequent high winds has stoked small fires into widespread brush fires.

This astronaut photograph captures a 25-kilometer long smoke plume from a fire in the Upper Ouachita National Wildlife Refuge in northeastern Louisiana. The fire started at approximately 1:00 p.m. on January 2, 2006, and this image was acquired approximately three and a half hours later as the International Space Station passed over the Texas-Louisiana border, to the southwest of the scene. The long extent of the plume reflects the strong westerly winds that drove the fire eastwards and damaged an estimated 200-300 acres of the wildlife refuge. The striking illumination of the plume is caused by a very low sun angle (the angle between the horizon and the Sun at the point on the ground directly below the Space Station). Although the plume is well illuminated, the low sun angle results in low illumination of other scene features, such as agricultural fields adjacent to the refuge.