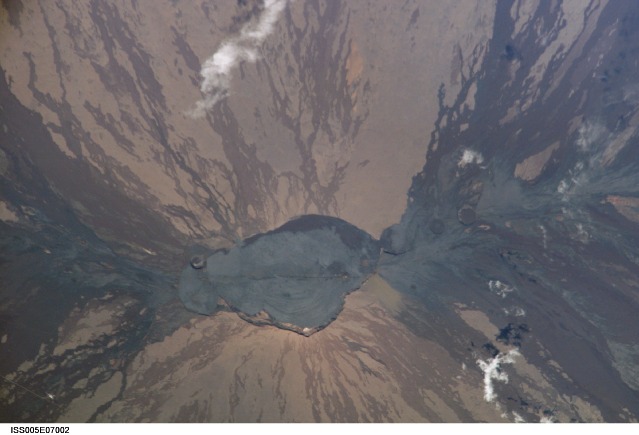 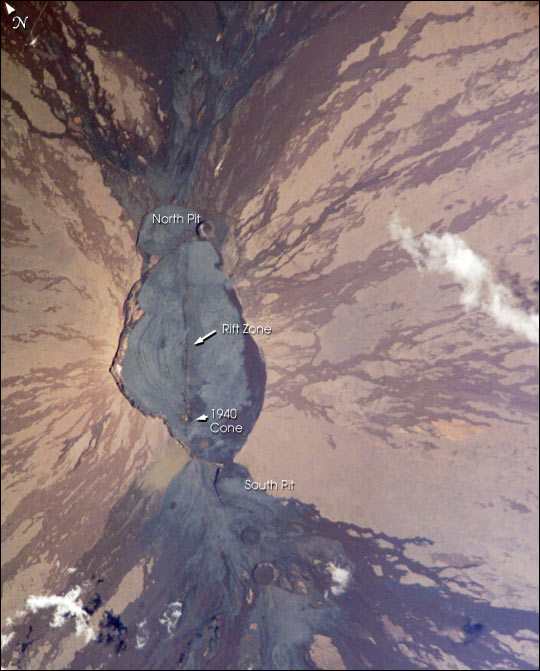 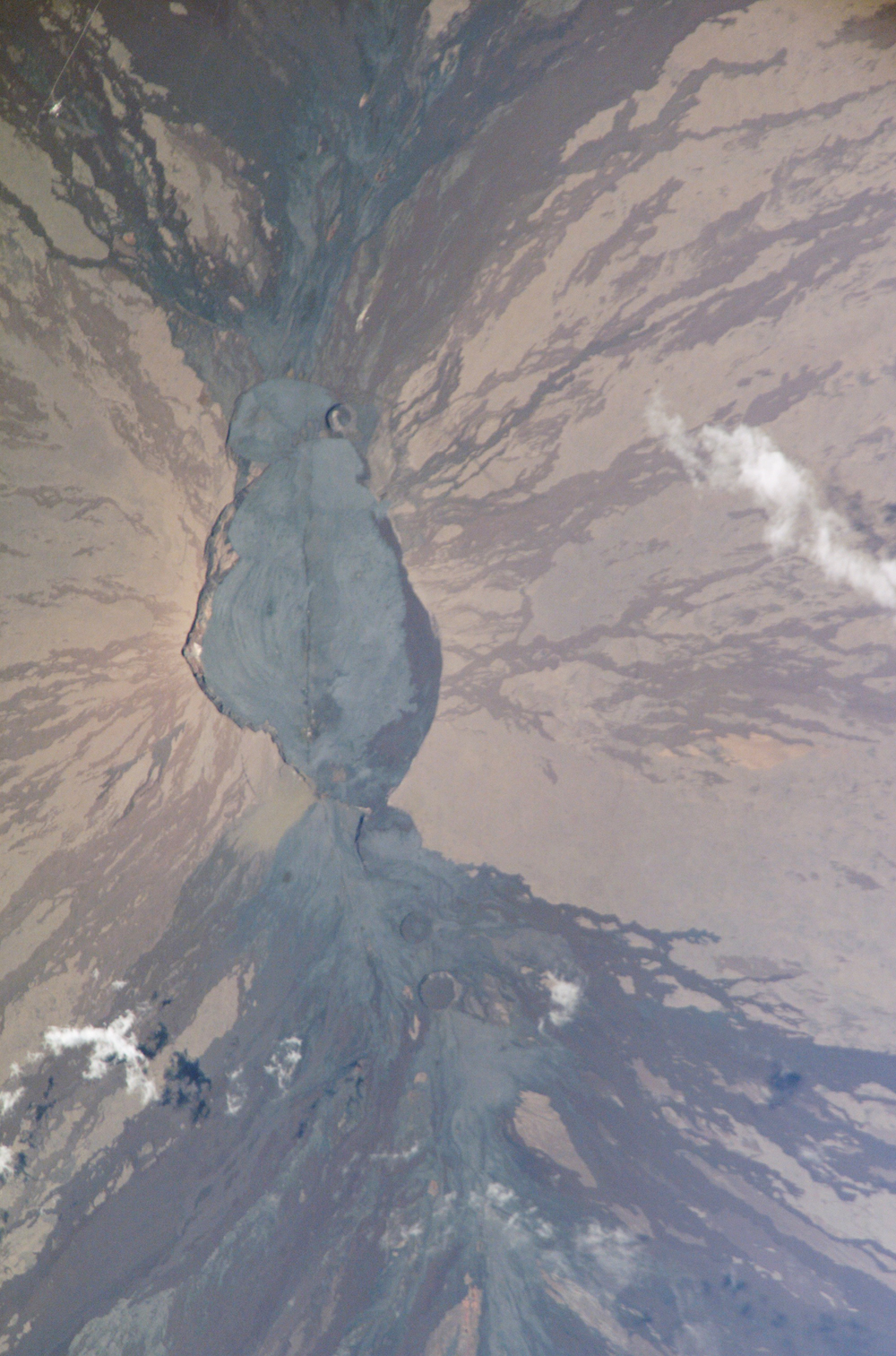 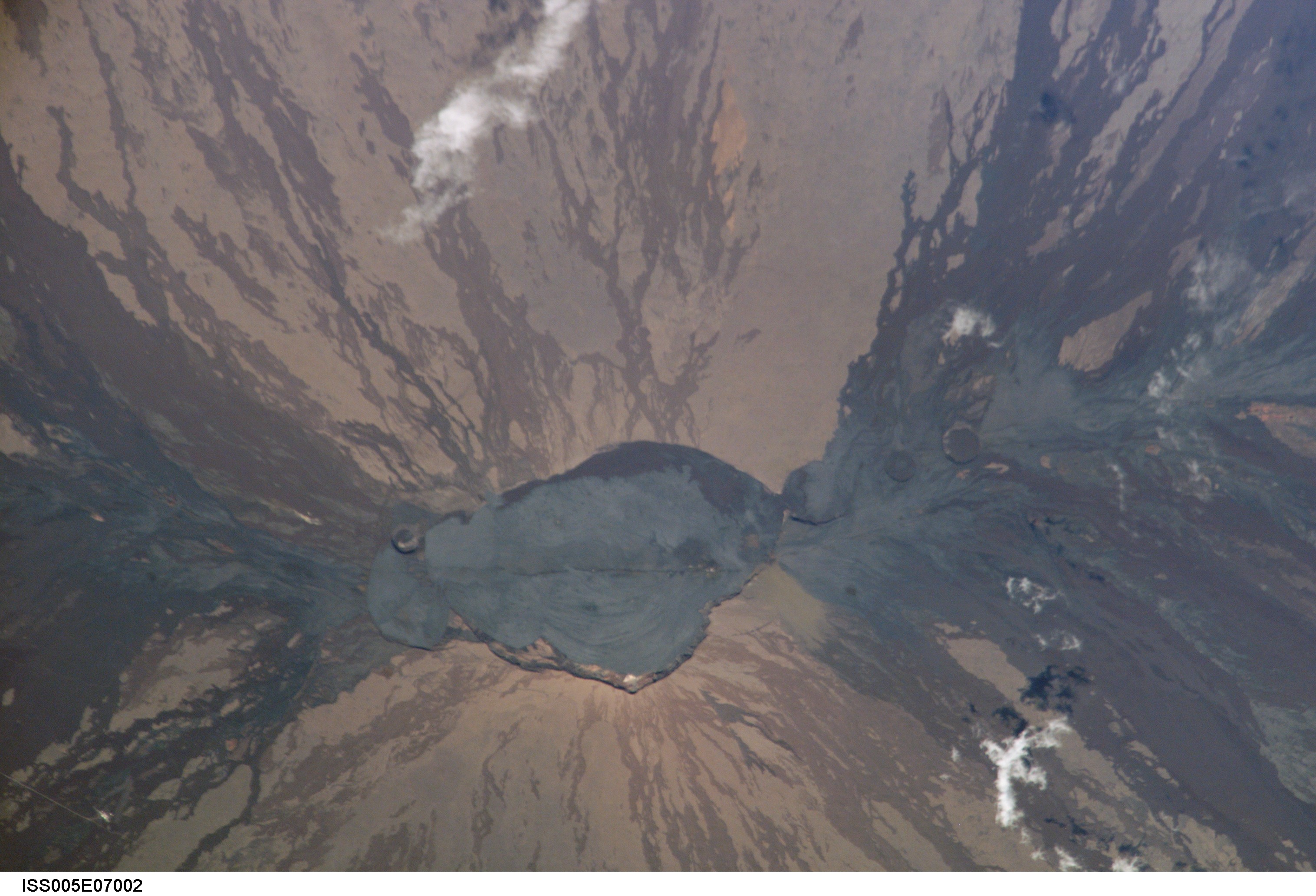 Other options available:
Download Packaged File
Download a Google Earth KML for this Image
View photo footprint information
Image Caption: Astronauts obtained this detailed image of the summit caldera of Mauna Loa volcano, called Mokuaweoweo Caldera. Mauna Loa is the largest volcano on our planet--the summit elevation is 4,170 m (over 13,600 ft), but the volcano's summit rises 9 km above the sea floor. The sharp features of the summit caldera and lava flows that drain outward from the summit are tribute to the fact that Mauna Loa is one of the Earth's most active volcanoes. The most recent eruption was in 1984. The straight line that cuts through the center of the crater from top to bottom is a rift zone--an area that pulls apart as magma reaches the surface.

A weather observatory run by NOAA's Climate Monitoring & Diagnostics Lab is on the volcano's north slope at 11,000 ft (3397 m). This facility, known as the Mauna Loa Observatory, is the site where scientists have documented the constantly increasing concentrations of global atmospheric carbon dioxide.

Other resources about Mauna Loa:
http://www.cmdl.noaa.gov/obop/mlo/