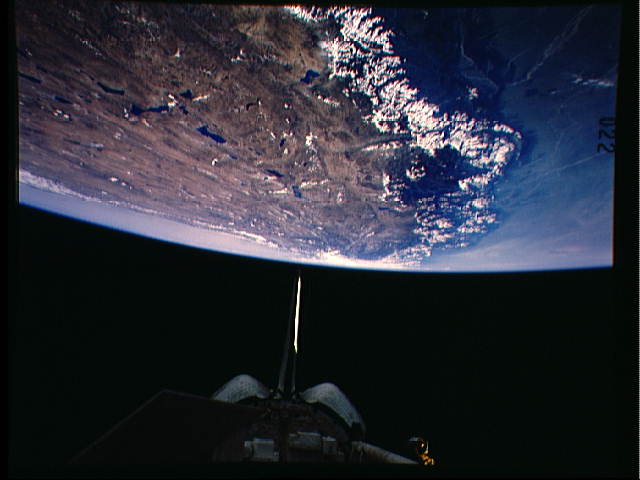 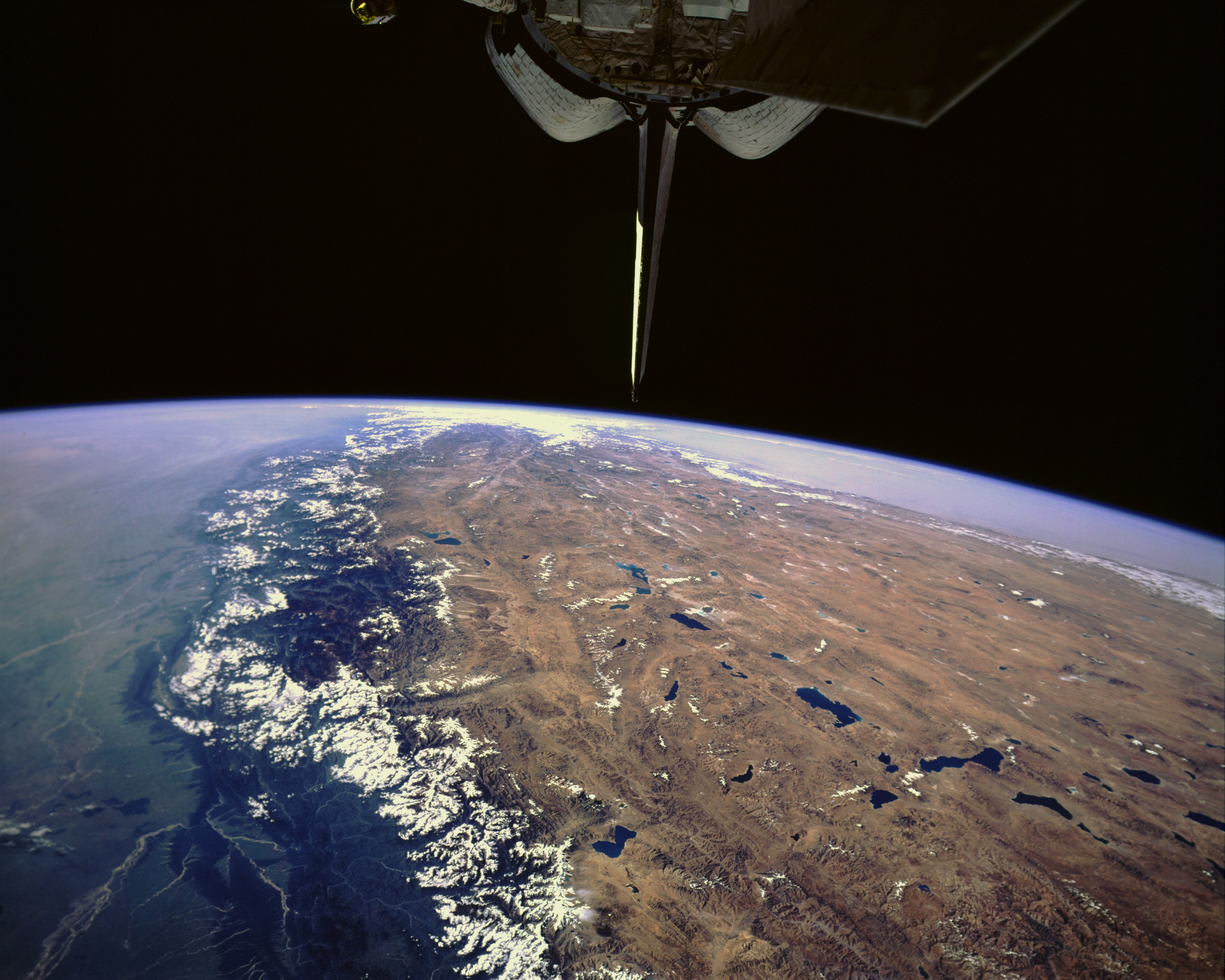 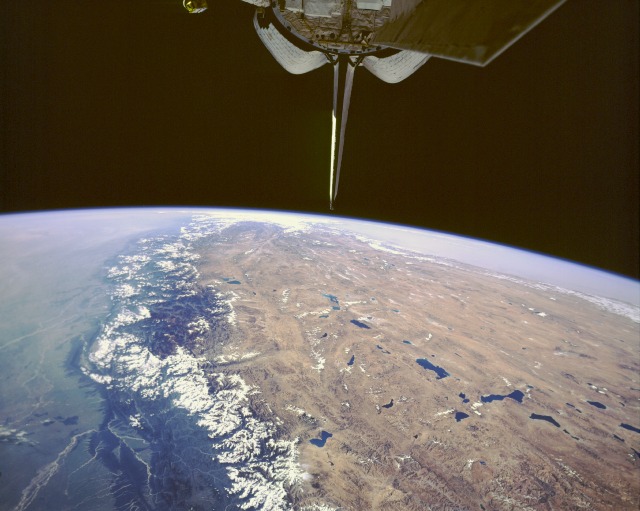 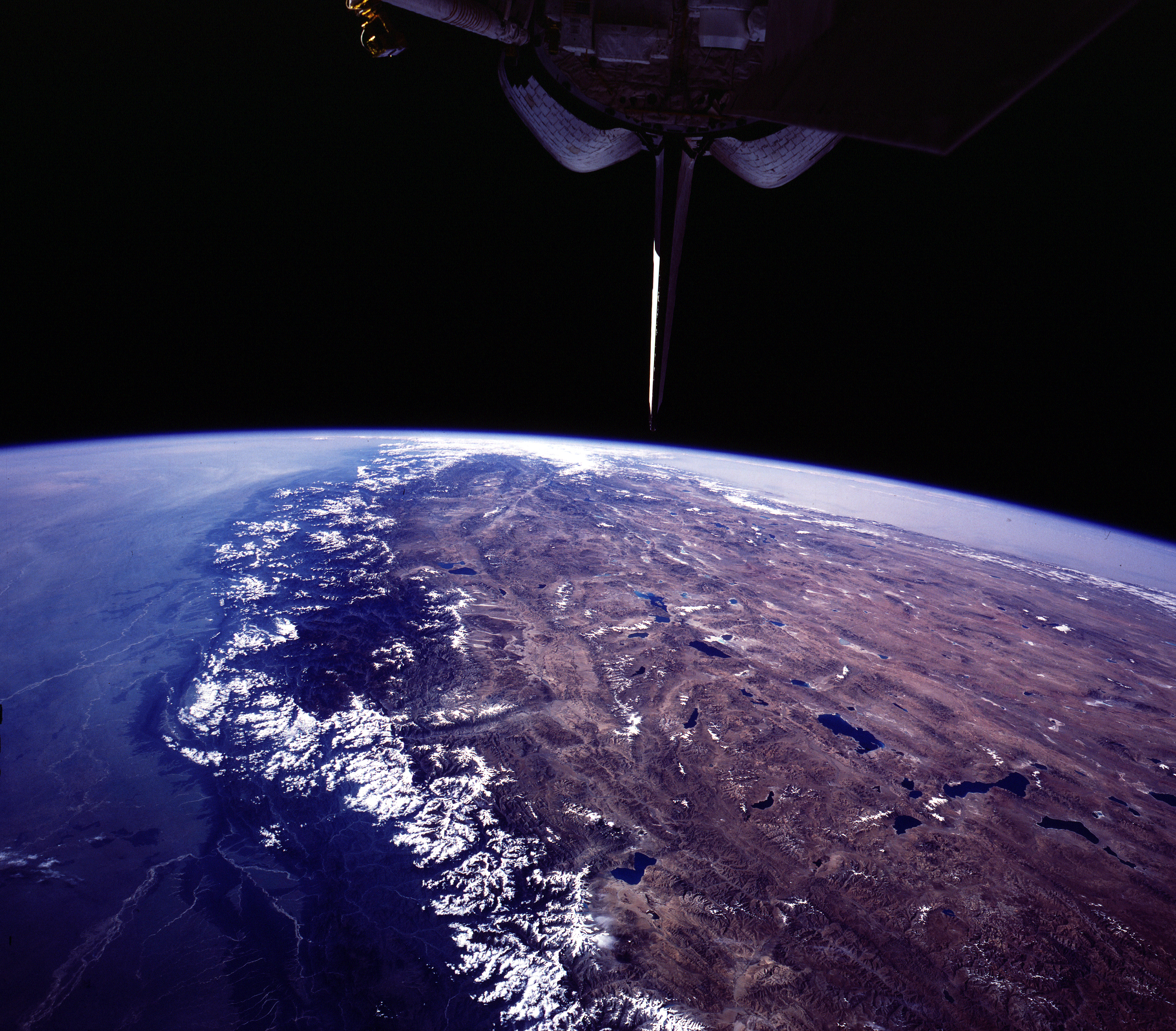 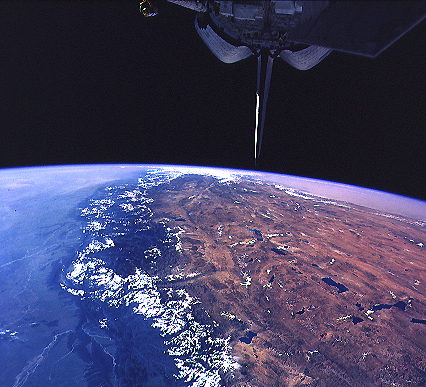 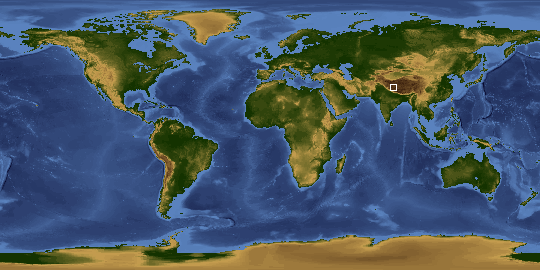 Other options available:
Download Packaged File
Download a Google Earth KML for this Image
View photo footprint information
Download a GeoTIFF for this photo
Image Caption: STS41G-120-0022 Tibetan Plateau and Himalayas, China October 1984
The Himalayas and the Tibetan Plateau (also known as the Qinghai-Xizang Plateau) shown in this photograph were formed and continue to be modified by the convergent collision of two of the world's great continental tectonic plates, the Eurasian and the Indian-Australian. As a result of this collision that started more than 65 million years ago, the average elevation of the Tibetan Plateau (shades of brown and numerous deep blue lakes) in the intermountain valleys is approximately 16 000 feet (4880 meters). The lakes are fed by the snowmelt from the higher mountain ridges and peaks. Words like treeless, cold, barren, windswept, and desolate are good descriptors of the harsh environment that exists on this elevated plateau. Part of the highest mountains in the world, sometimes called the "rooftop of the world," the Himalayas create a formidable barrier southwest of the Tibetan Plateau. The snowcapped Himalayas trend in a southeast-northwest arc with more than 30 peaks rising to heights of more than 24 000 feet (7300 meters). Some clouds along the lower foothills on the southwest side of the Himalayas and some snowcapped mountain ridges and peaks are visible in the photograph. Toward the horizon, hazy and dusty conditions seem to exist on the Indo-Gangetic Plain of northern India (southwest) and the Takla Makan Desert of western China (northwest).