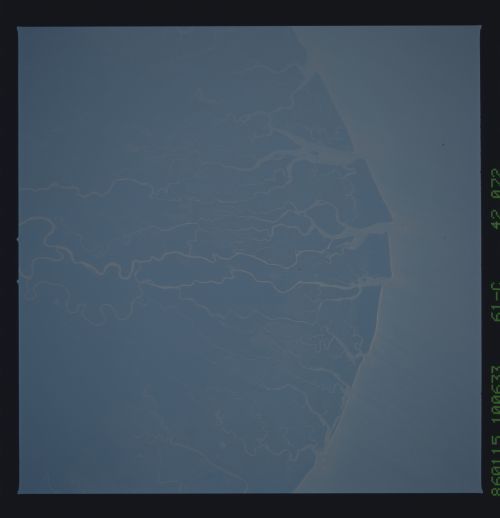 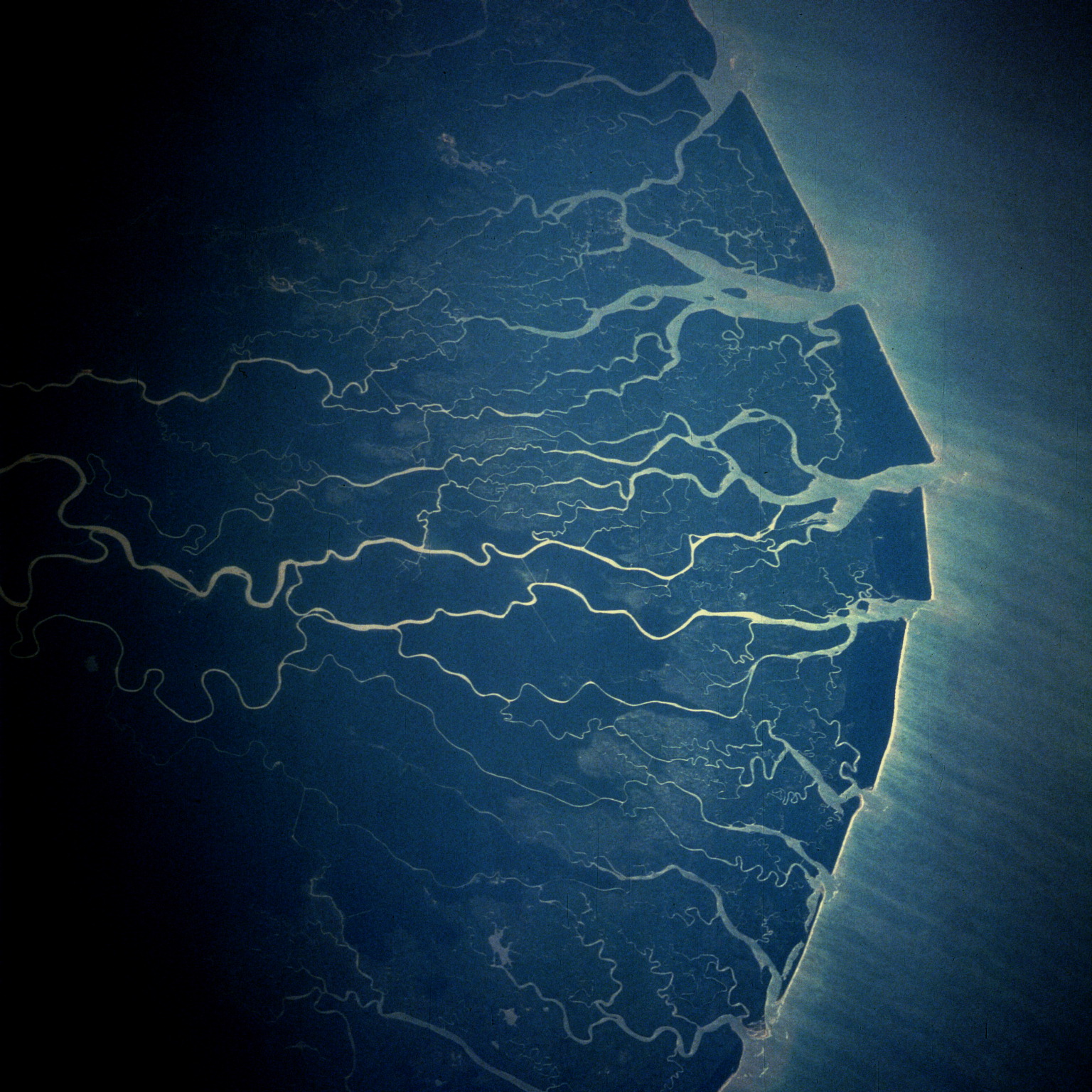 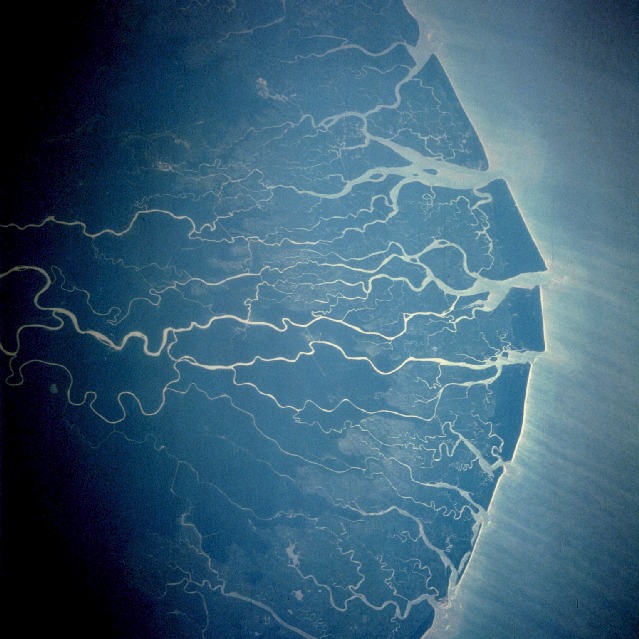 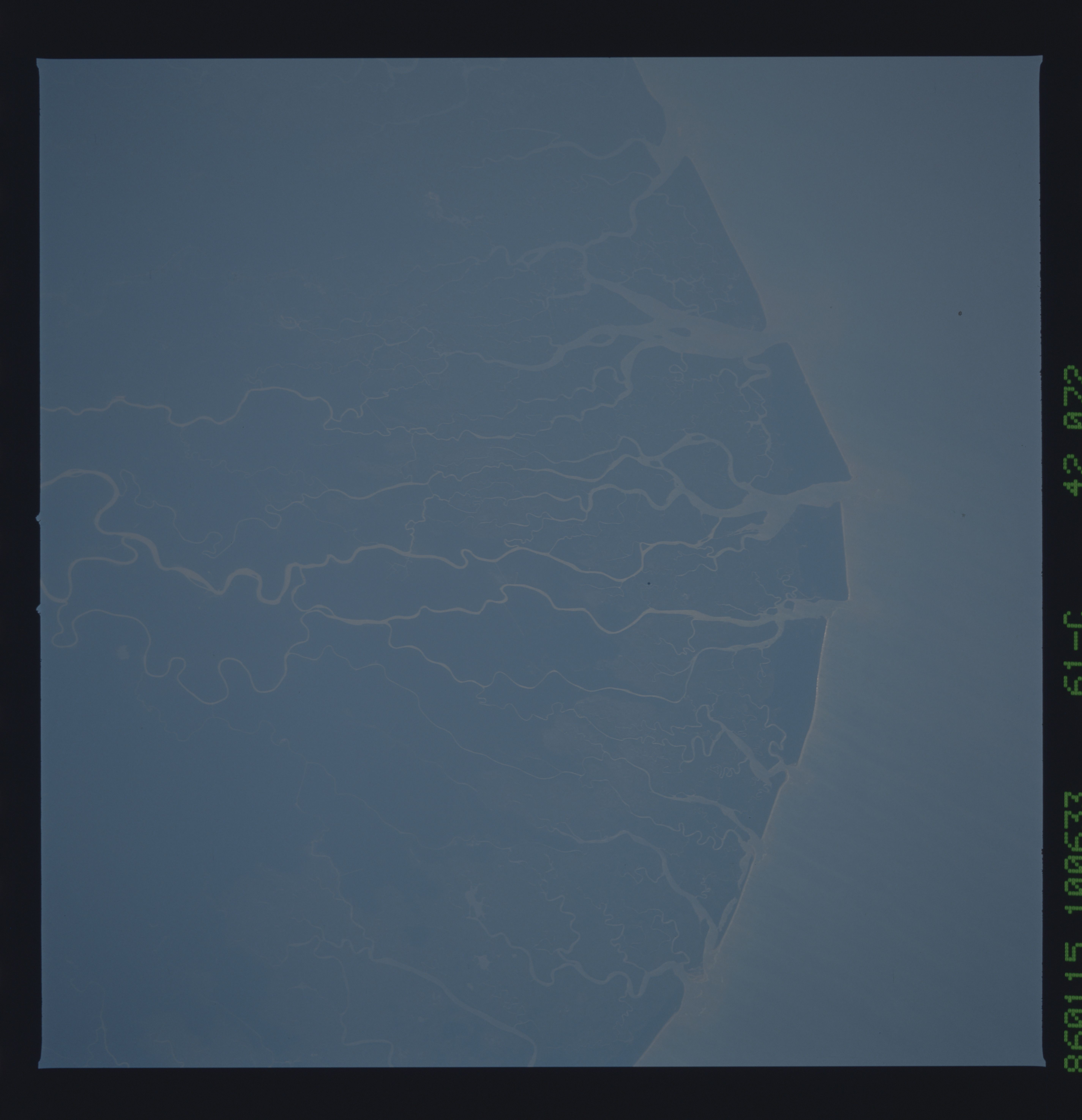 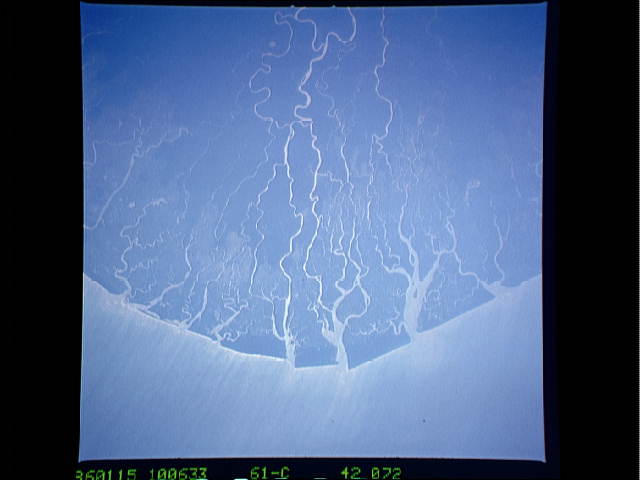 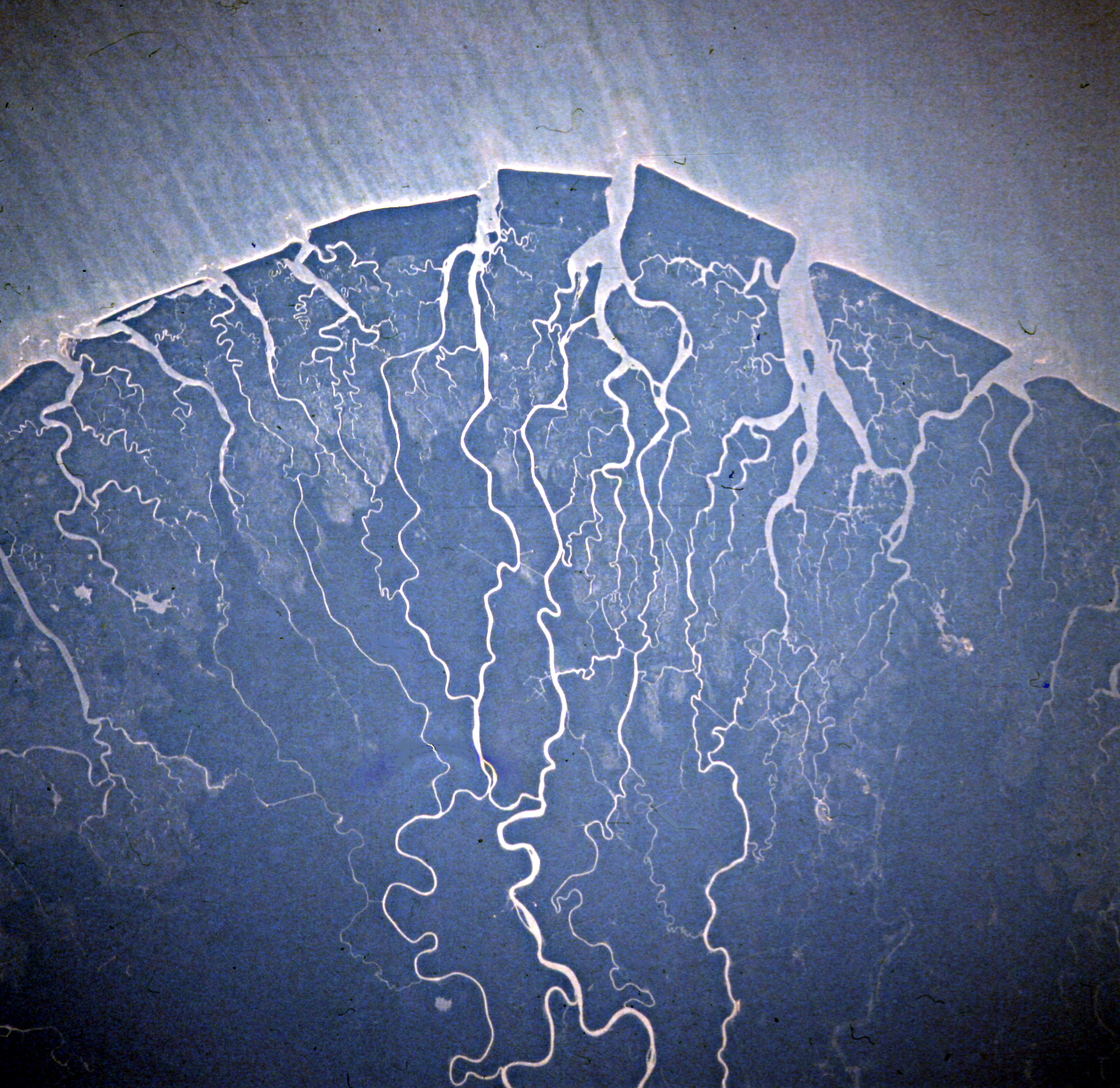 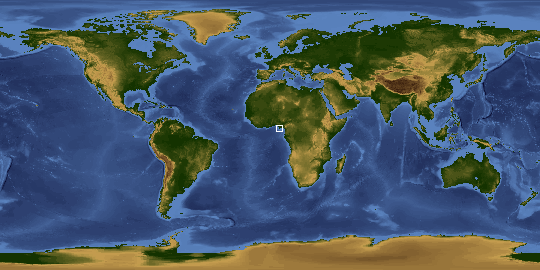 Other options available:
Download Packaged File
Download a Google Earth KML for this Image
View photo footprint information
Image Caption: STS61C-42-72 Niger River Delta January 1986
This near-vertical photograph shows the fan-shaped Niger River Delta, the largest delta in Africa, which covers 14 000 square miles (36 260 square kilometers). Rising in the highlands of the Fouta Djallon Plateau in western Guinea 150 miles (240 kilometers) from the Atlantic Ocean, Africa's third longest river [2600 miles (4185 kilometers)] flows northeast into Mali. In central Mali, the Niger forms a vast inland delta, a maze of channels and shallow lakes. Just below Timbuktu, the Niger bends, flowing first east, then southeast from Mali through the Republic of Niger, and finally into Nigeria. At Lokoja in central Nigeria, the Niger is joined by its chief tributary, the Benue. The Niger then proceeds south 250 miles (400 kilometers), becoming a great fan-shaped delta before emptying into the Gulf of Guinea. The delta is characterized by numerous lagoons and mangrove swamps that extend 60 miles (95 kilometers) inland from the coast in some areas. A number of channels are clogged with sandbars; however, others are navigable by oceangoing vessels, thereby making the Niger River, the "Nile of west Africa," an important avenue of commerce for this part of Africa.