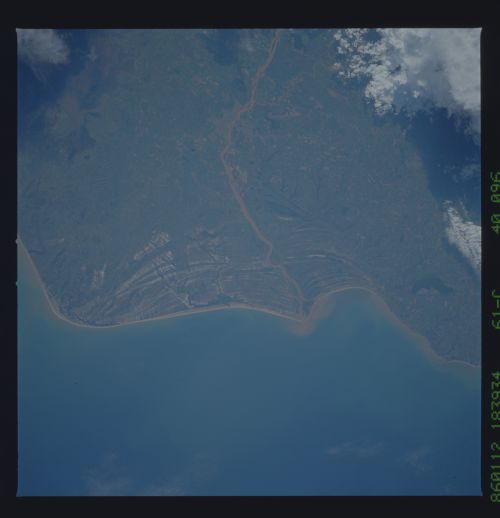 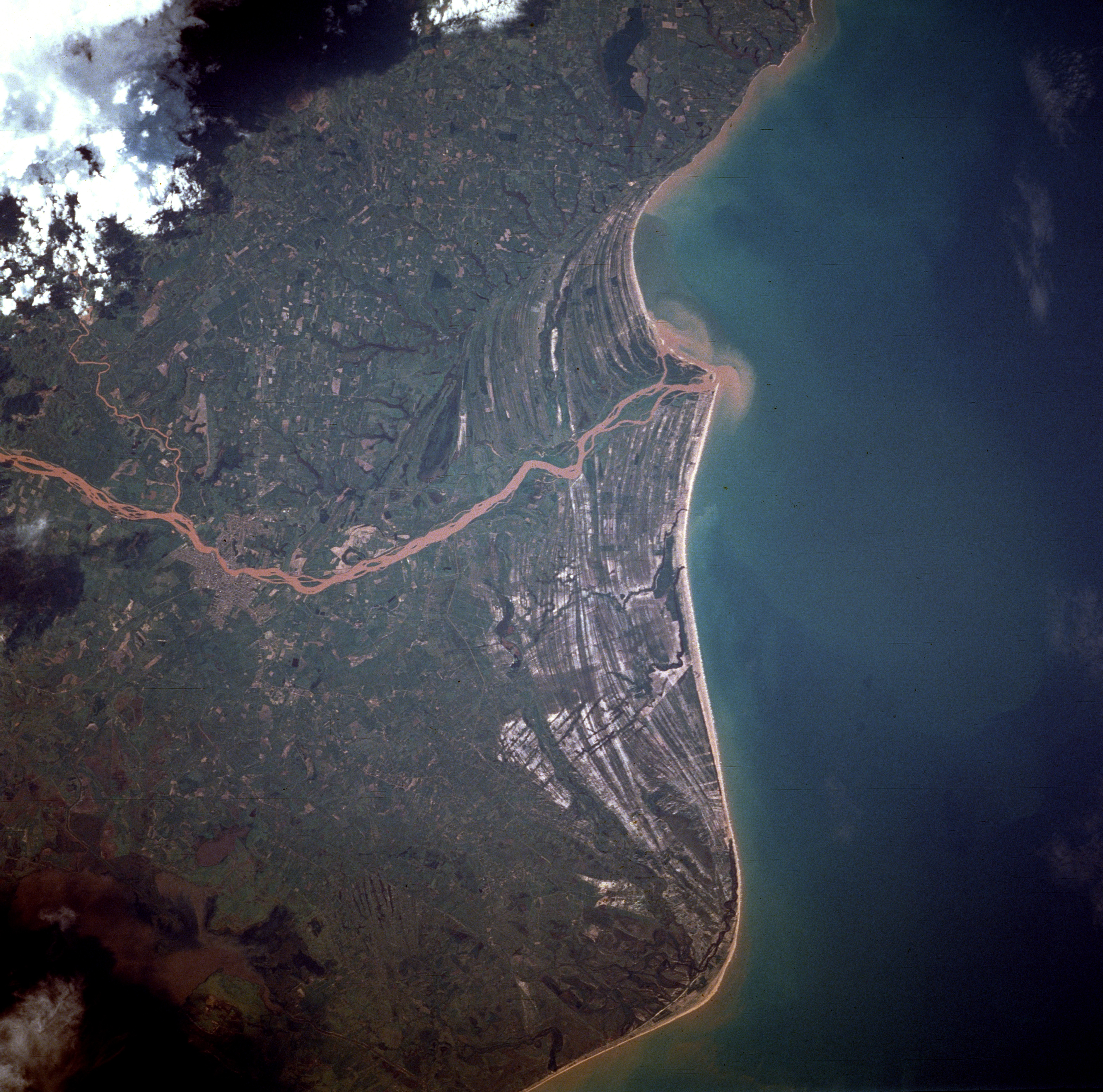 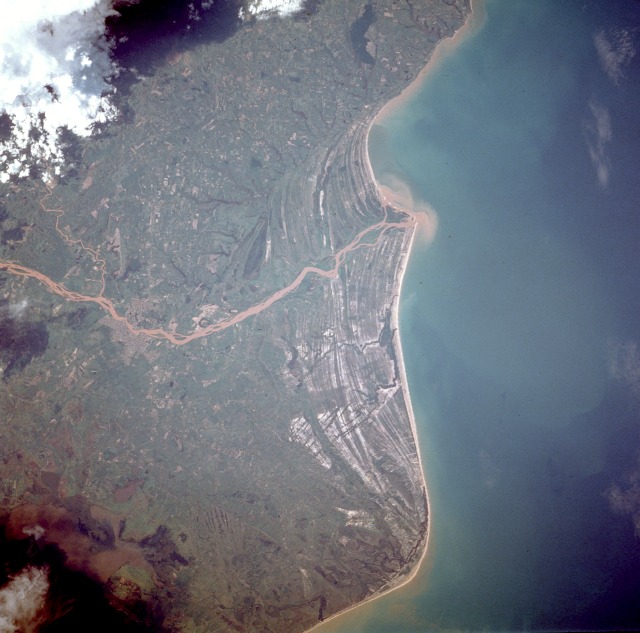 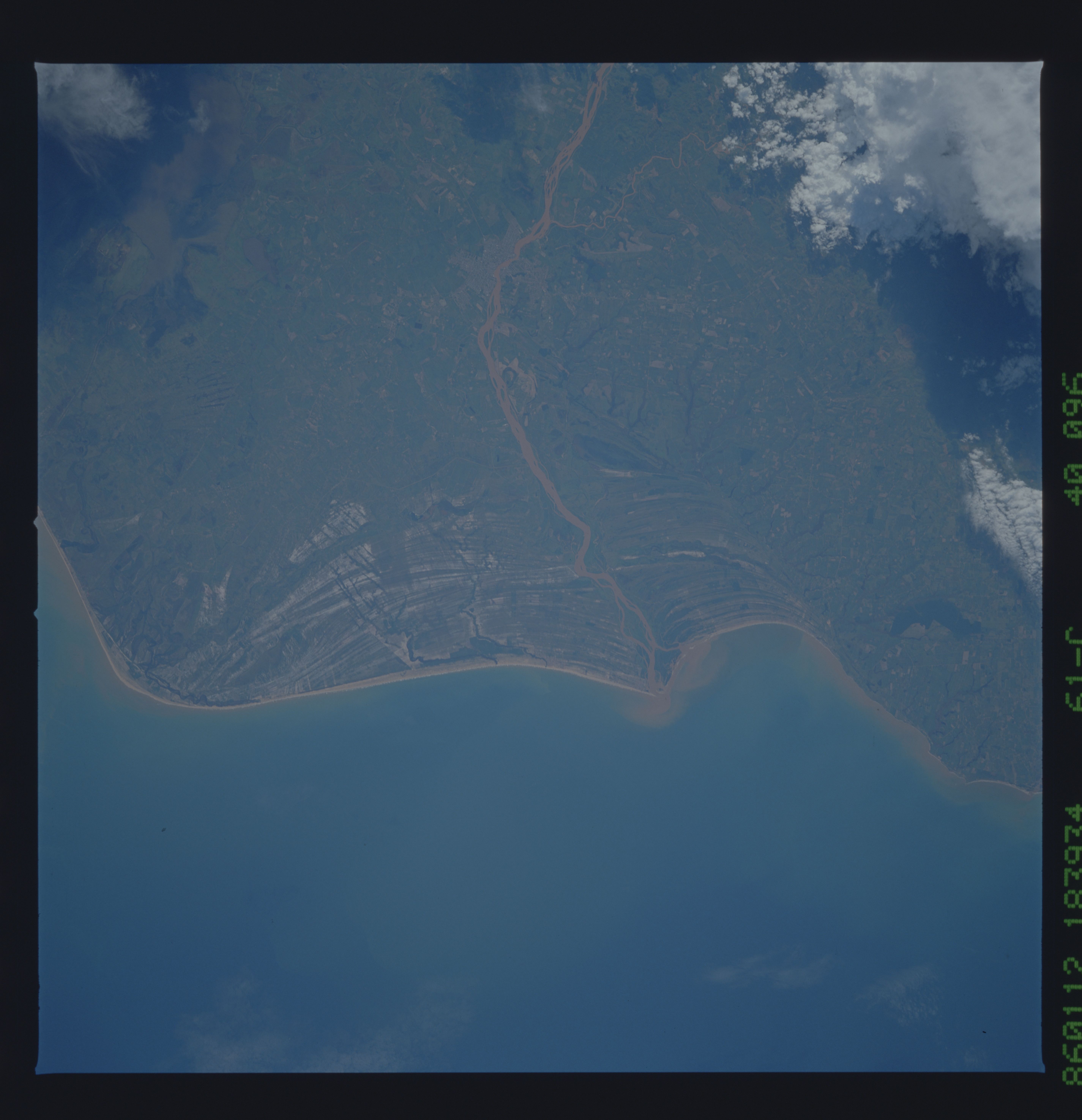 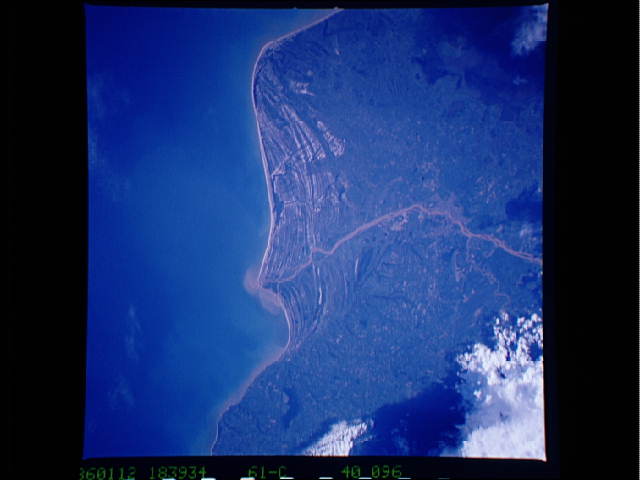 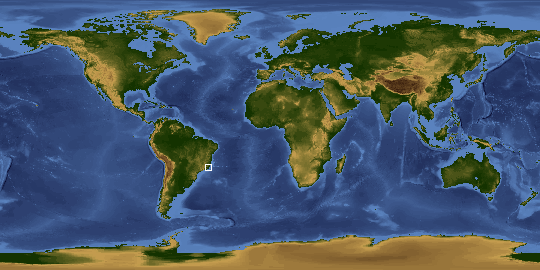 Other options available:
Download Packaged File
Download a Google Earth KML for this Image
View photo footprint information
Download a GeoTIFF for this photo
Image Caption: STS61C-40-0096 Rio Paraiba do Sul, Brazil January 1986
The sediment-laden Rio Paraiba do Sul is observed as it flows eastward and empties into the Atlantic Ocean. The delta and floodplain created by this river provide ample pastureland for raising cattle on the open savanna along the coast. The faint outline of Campos, a city of nearly 500 000 people, can be seen along the Rio Paraiba do Sul 35 miles (55 kilometers) from the river's mouth. Campos is the hub of both the cattle industry and an agricultural region known for its sugar production. In colonial times, Campos was one of the major gateways to the interior of Brazil. One of the most striking features in this nearly vertical photograph is the numerous striated beach terraces that generally parallel the coastline. The curving coastline near the southern edge of the photograph is Cabo de Sao Tome; the murky, grayish feature in the southwest corner of the photograph is part of Lake Feia.