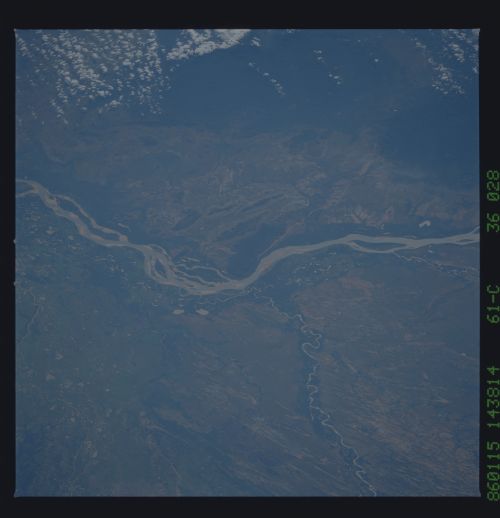 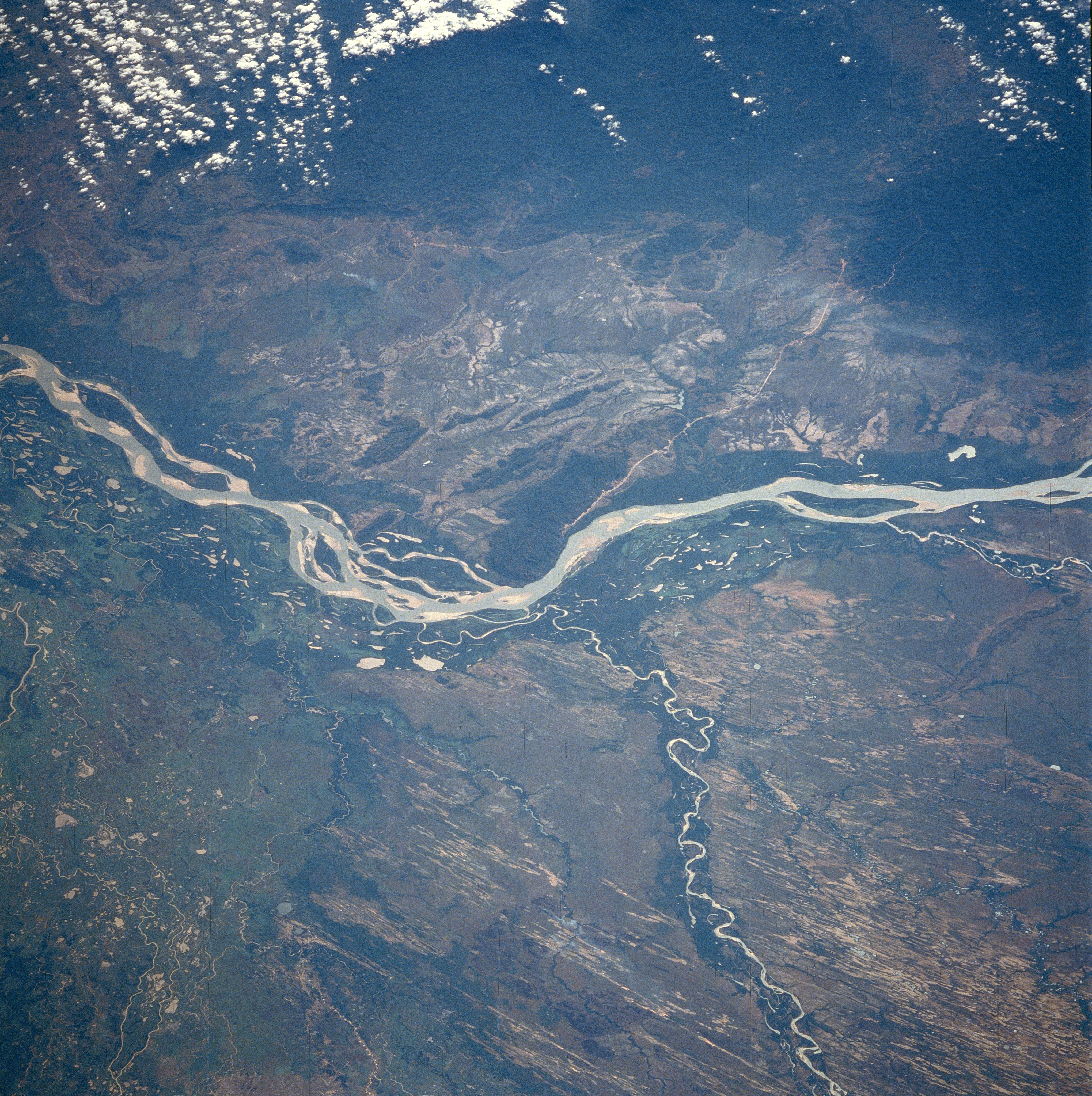 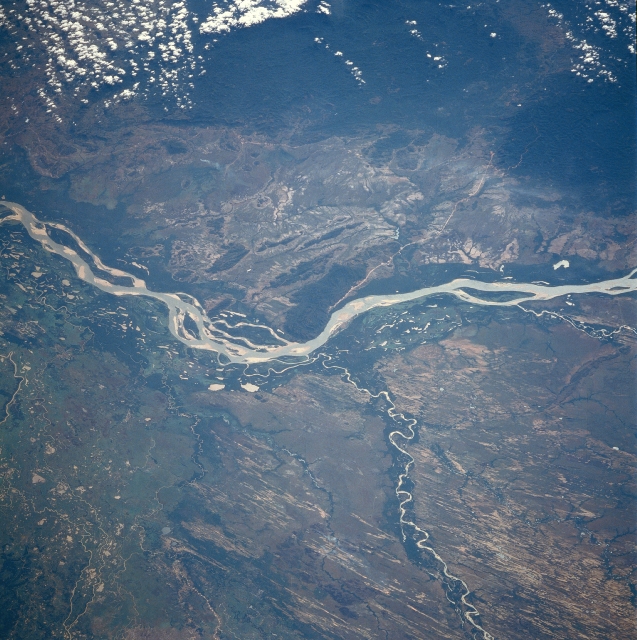 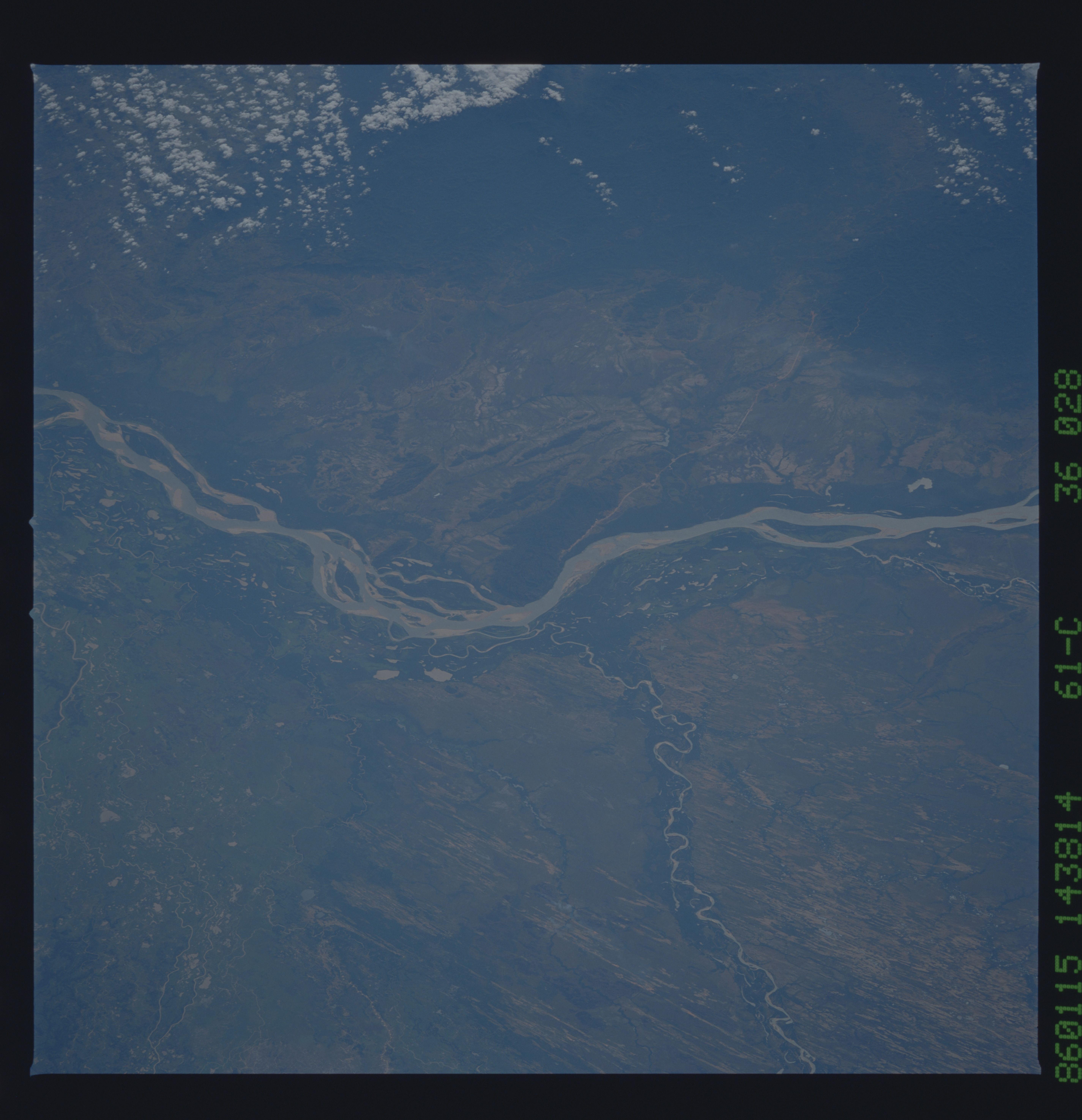 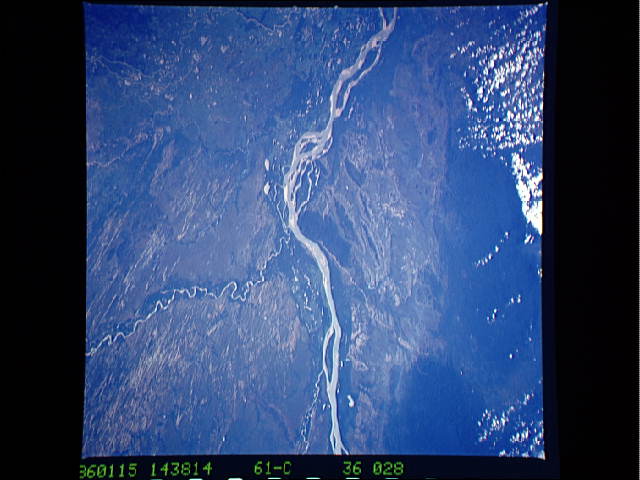 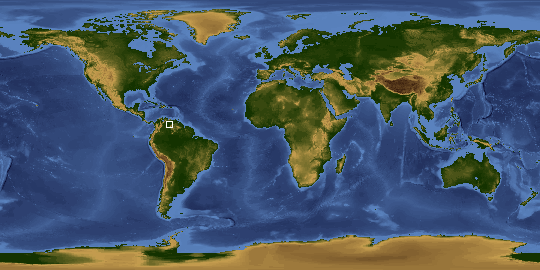 Other options available:
Download Packaged File
Download a Google Earth KML for this Image
View photo footprint information
Image Caption: STS61C-36-0028 Orinoco, Capanaparo, and Cinaruco Rivers, Venezuela January 1986
The Orinoco River, the world's eighth largest river, can be seen flowing to the west and north of the Guyana Highlands in the top portion of the image. The river is located in the Llanos of western Venezuela. Estimated to be 1500 to 1700 miles (2415 to 2735 km) long, the Orinoco River is the second longest river in South America and is navigable for most of its length. The river rises in the southern Guyana Highlands and flows in a wide arc around the highlands through tropical rainforests and savannas. It enters the Atlantic Ocean through a large, expanding delta in northeast Venezuela. The Capanaparo River is visible entering the scene just to the right of the bottom center of the image. It empties into the Orinoco River near the center of the image. The Capanaparo River is 300 miles (480 km) long and rises in the eastern foothills of the Andes Mountains. The river flows generally eastward across the plain, which has a flat, swampy terrain. Numerous old sand dunes, many with grass cover, can be seen on either side of the river. Near the left center of the image, the Cinaruco River can be seen entering the Orinoco River. Just above the left center of the image, the Arauca River is visible entering the Orinoco.