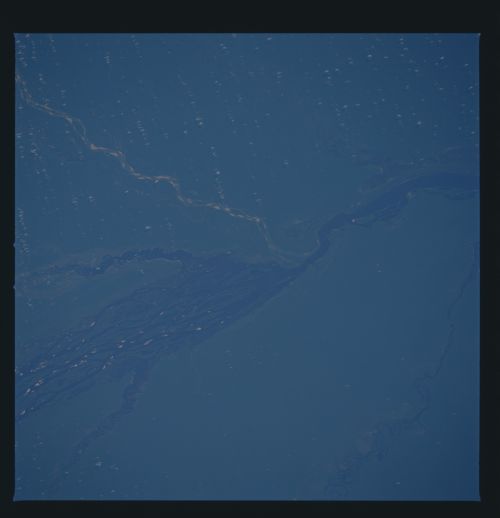 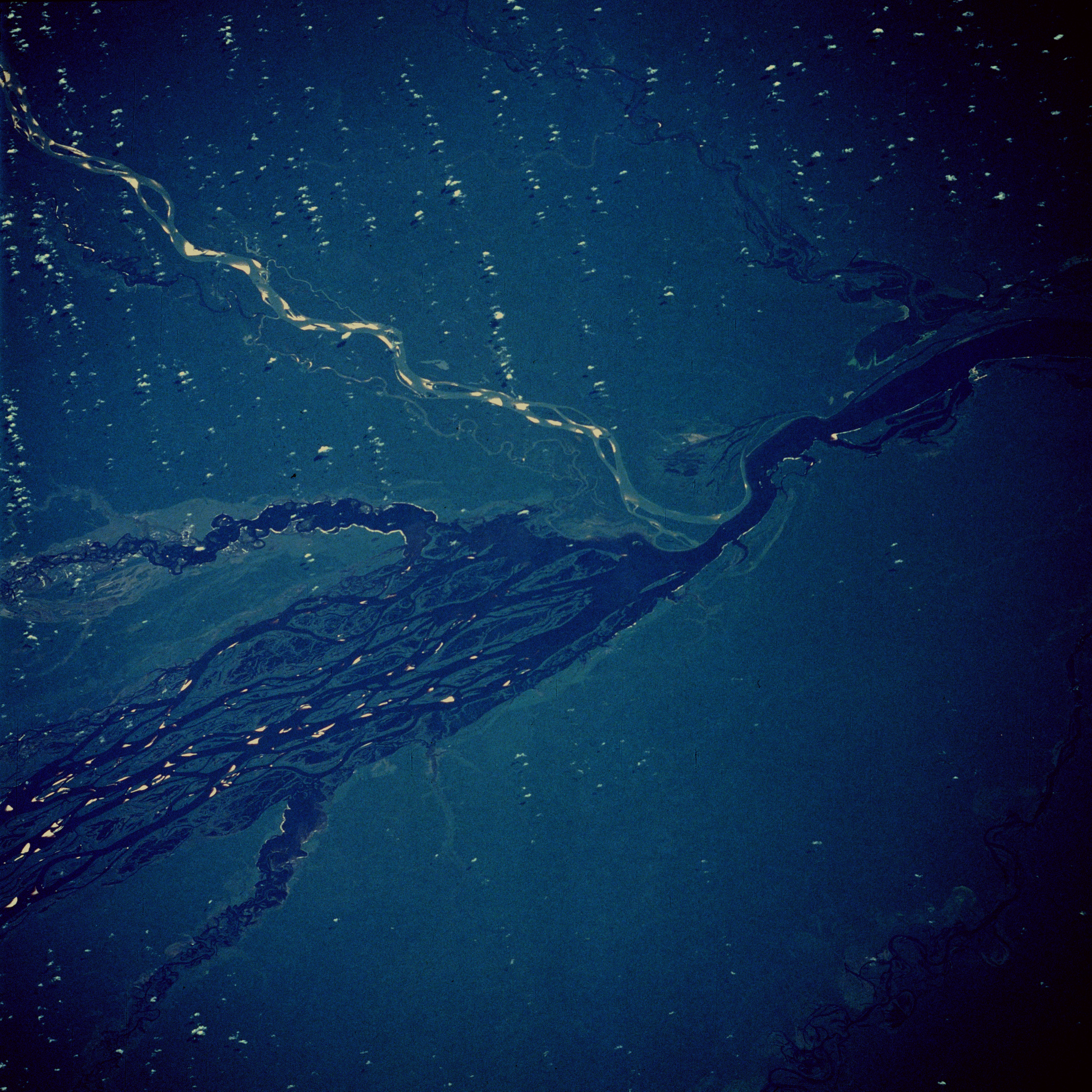 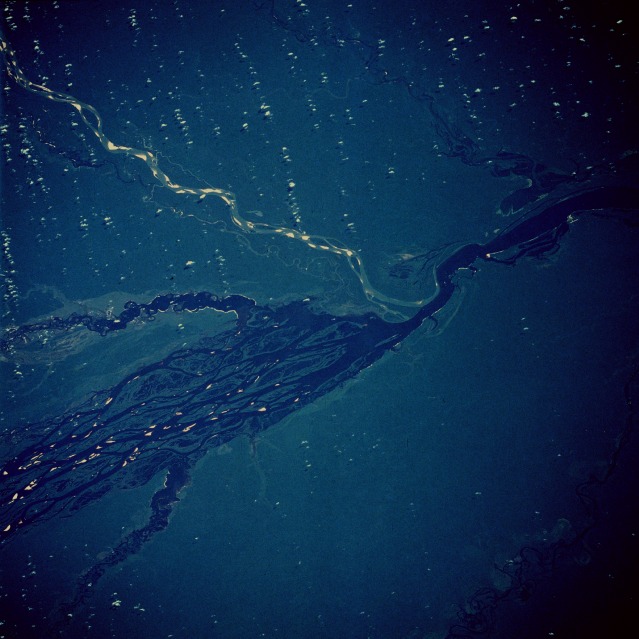 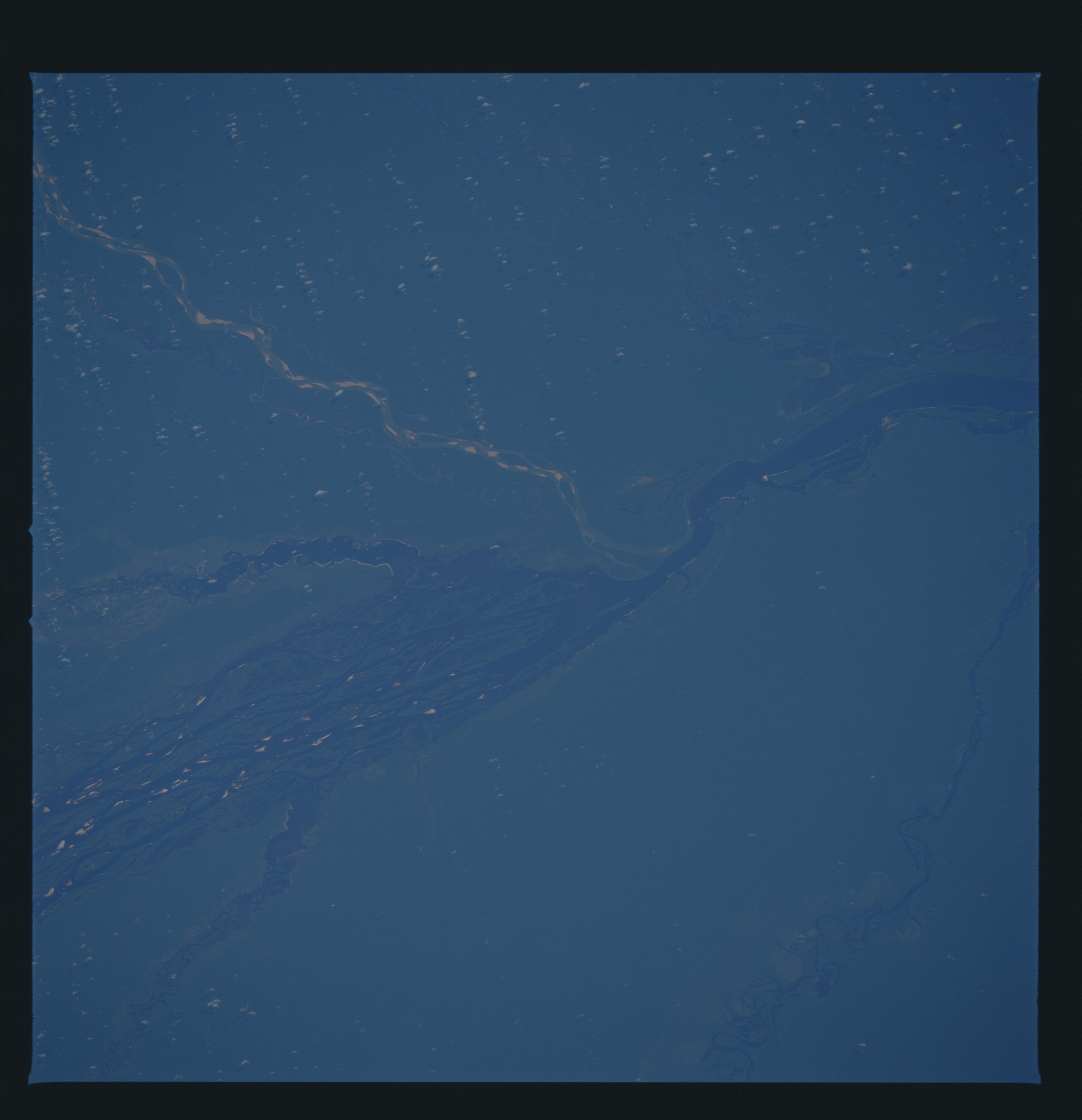 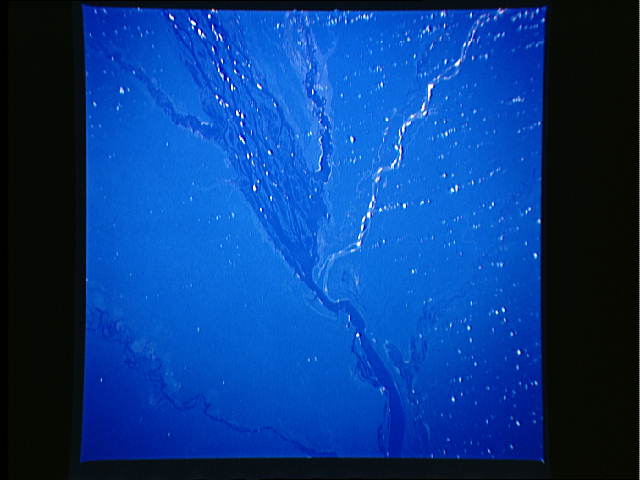 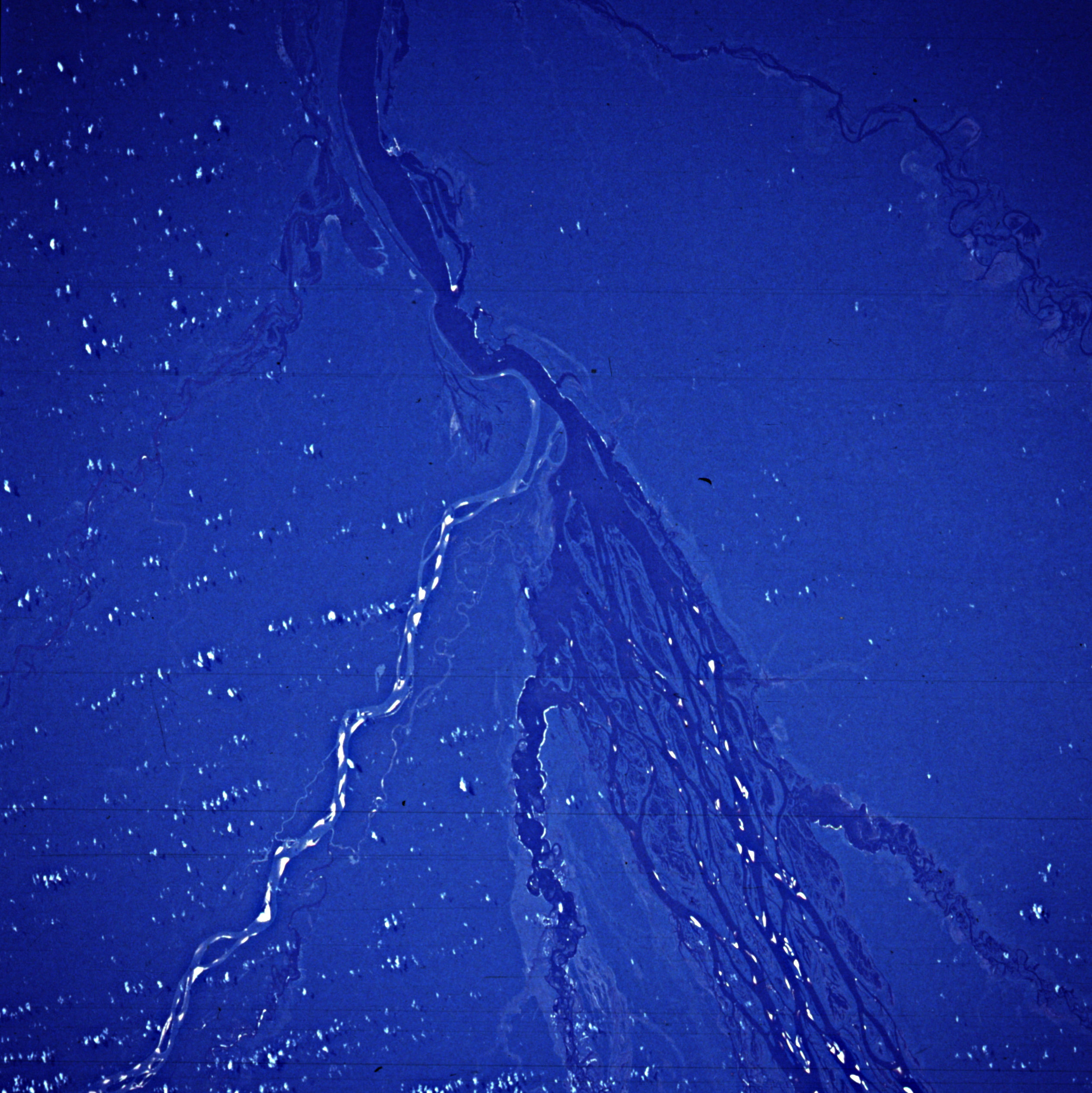 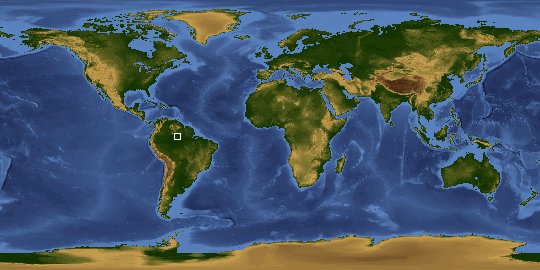 Other options available:
Download Packaged File
Download a Google Earth KML for this Image
View photo footprint information
Image Caption: STS61C-33-0072 Rio Negro, Amazonas, Brazil January 1986
One of the major tributaries of Amazon River is the Rio Negro, with its source in the mountains of eastern Colombia and its mouth at Manaus. The Rio Negro, approximately 1400 miles (2255 kilometers) long, is filled with many islands and has many secondary tributaries and channels. This photograph shows five major tributaries entering the Rio Negro approximately 180 miles (290 kilometers) northwest of Manaus, viewing clockwise--the Rio Branco from the north with highly reflective sandbars; the Rio Jauaperi; a portion of the Rio Unini; the Rio Caurés; and the Rio Jufari. The Rio Negro (named for its black color, which results from vegetal debris, not sediment) provides an excellent transportation link for the commercial shipping of rubber and nuts and also for transporting people and general goods to the hinterland of northwestern Brazil.