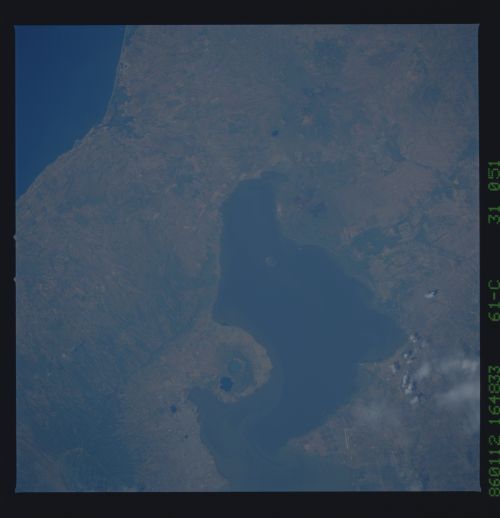 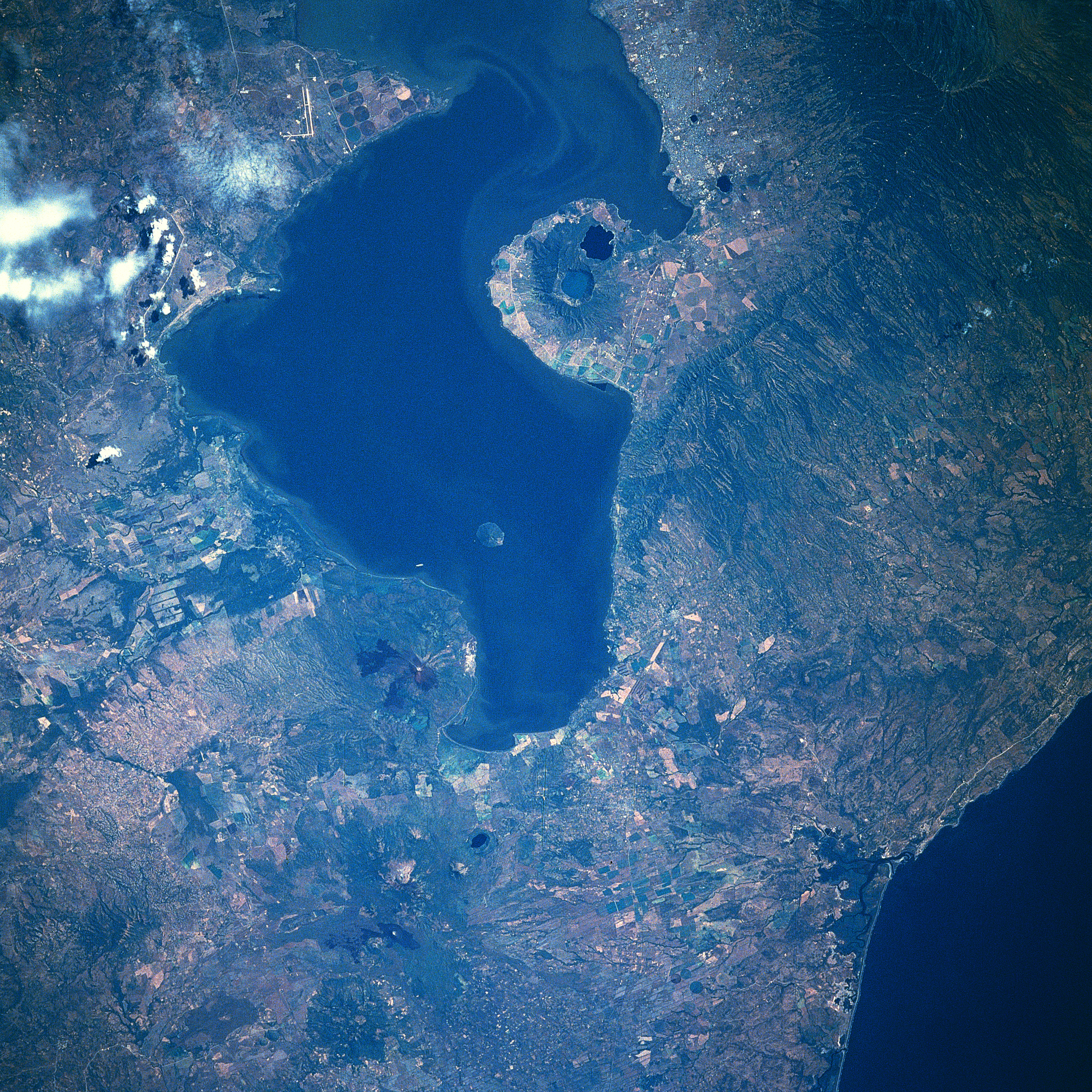 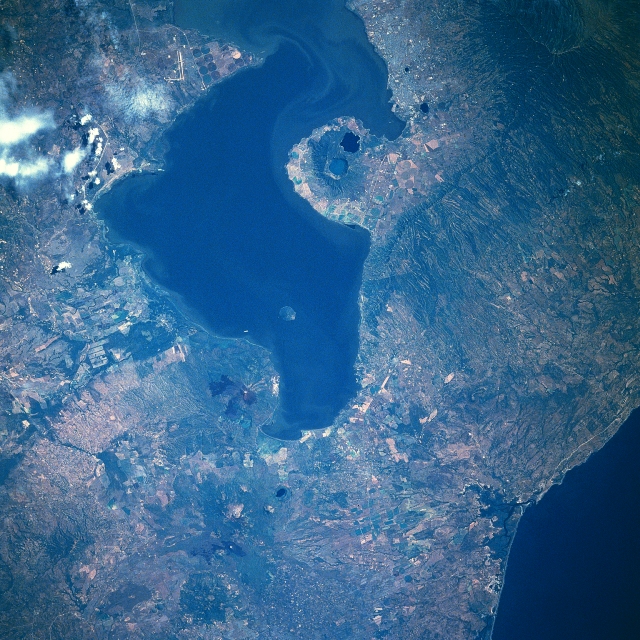 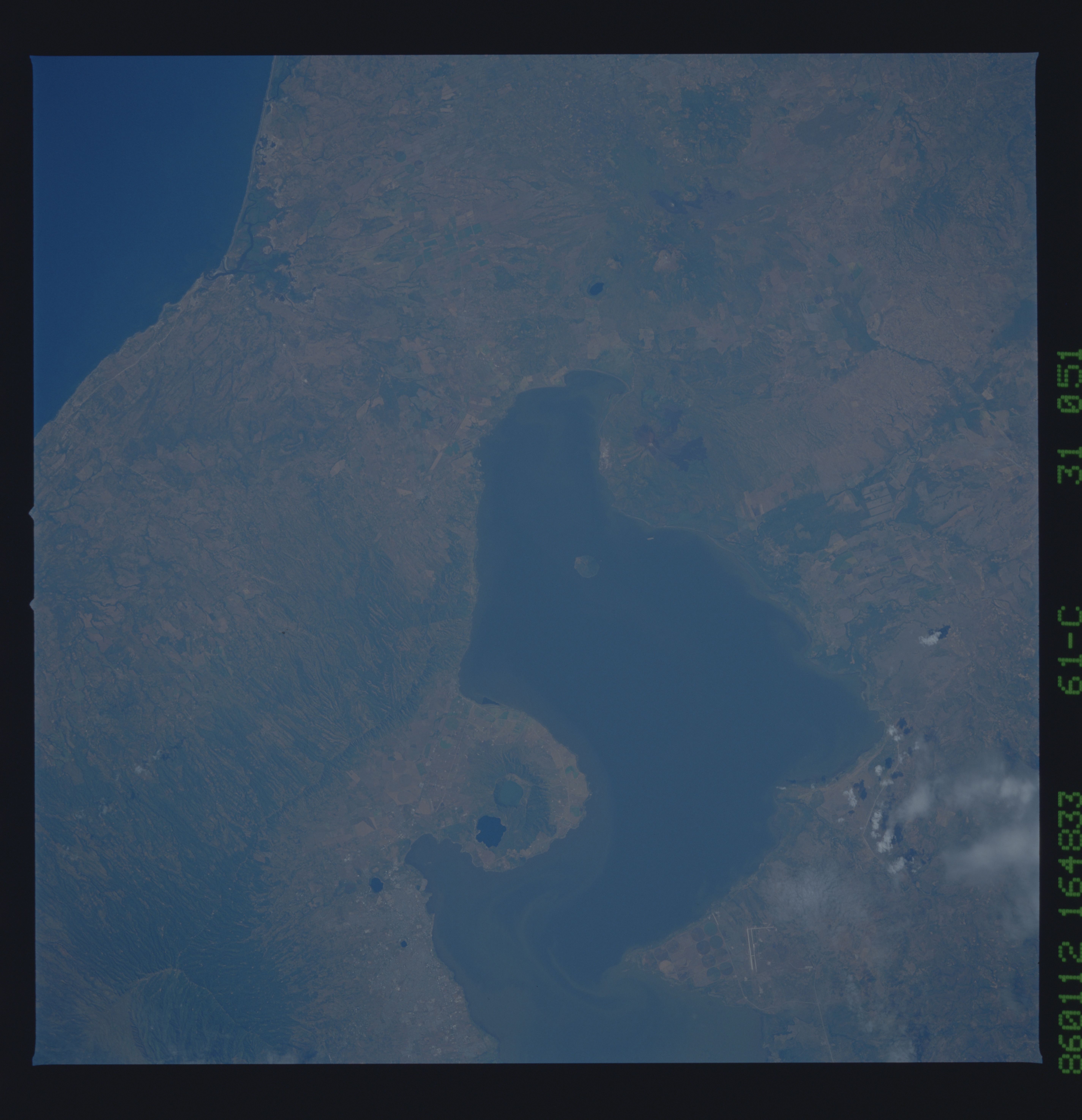 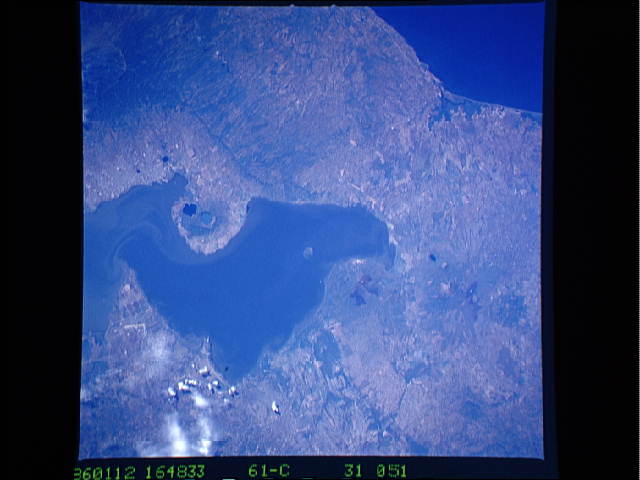 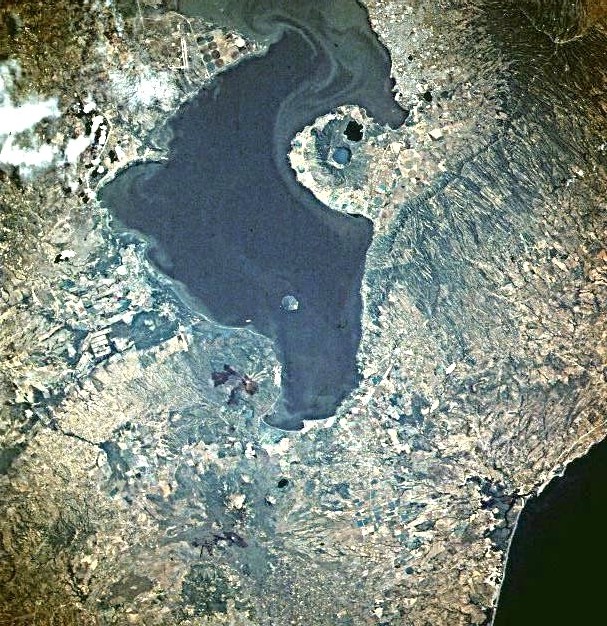 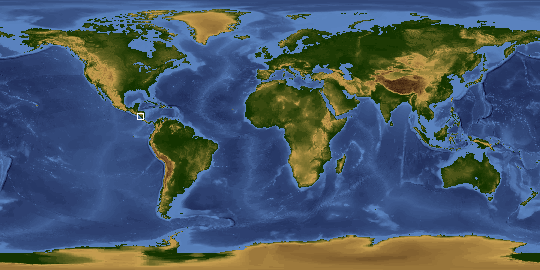 Other options available:
Download Packaged File
Download a Google Earth KML for this Image
View photo footprint information
Image Caption: STS61C-31-0051 Lake Managua, Nicaragua January 1986
The second largest freshwater lake in Central America, Lake Managua can be seen in this west-southwest-looking view. Located in a rift valley, Lake Managua is 34 miles (56 km) long and 15 miles (24 km) wide. Lake Nicaragua is drained by the San Juan River, which flows east-southeast through a rift valley and empties into the Caribbean Sea. Also visible in this view are a number of volcanoes and volcano craters. This line of young volcanoes lie about 47 miles (75 km) inland from the Pacific Ocean (upper left) and are just to the west of a large coastal fracture or structural rift. The soils around the volcanoes are very fertile, and numerous agricultural field patterns are discernible scattered throughout the image. Just to the left of the bottom center of the image is the capital city of Managua, the industrial and commercial center of the country. The climate of the city is normally very hot and sultry. The city has been prone to many destructive earthquakes during its history, the last one occurring December 23, 1972 when Managua was almost completely destroyed and more than 10000 lives were lost.