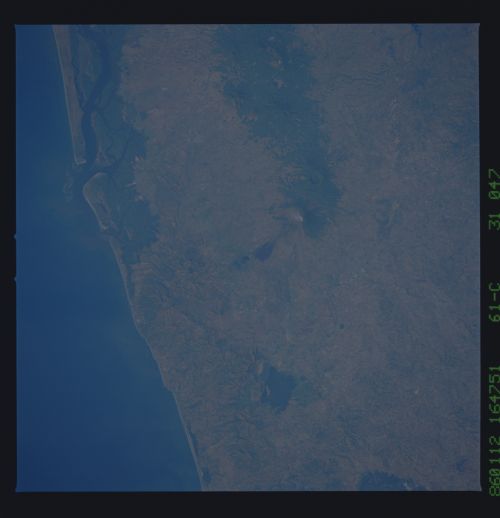 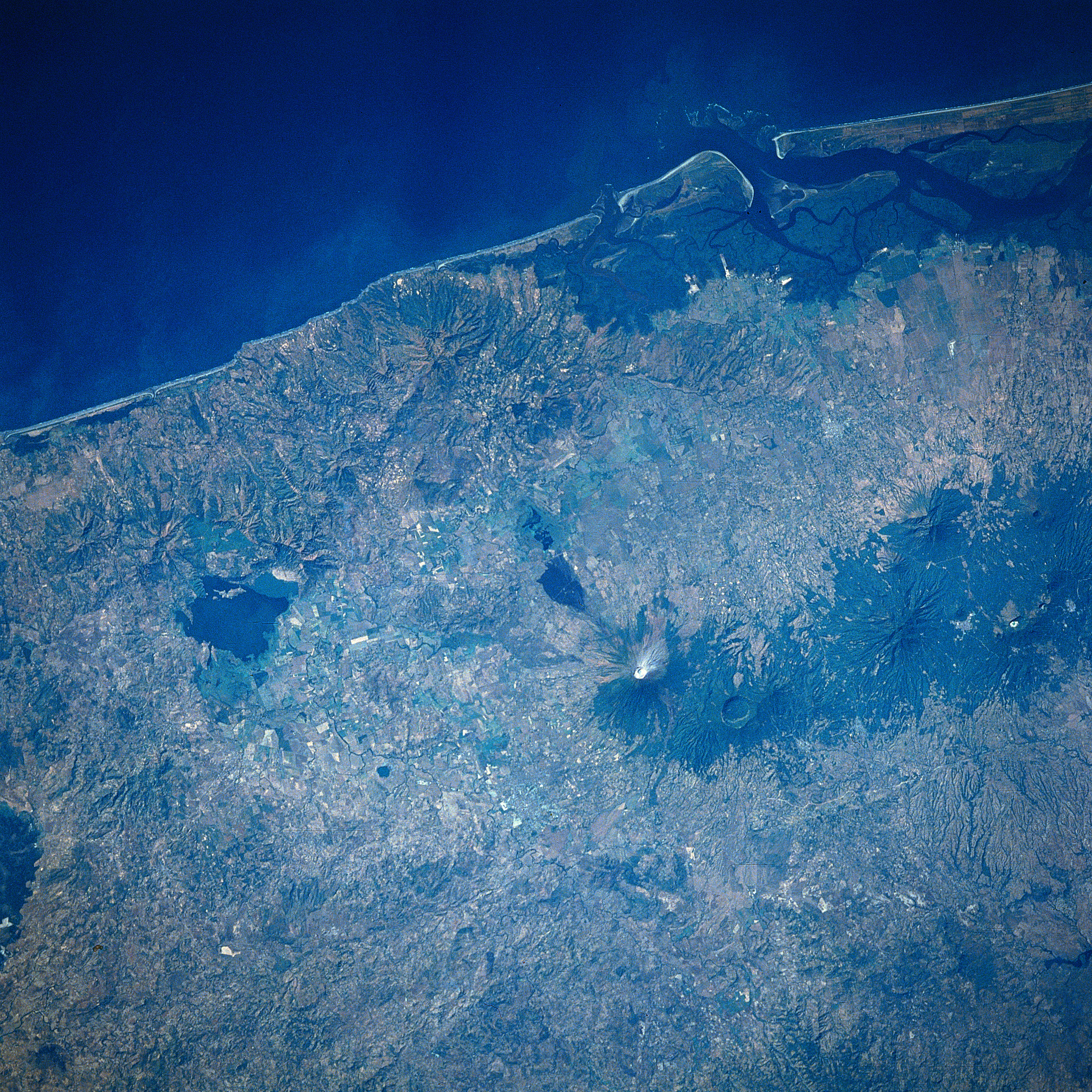 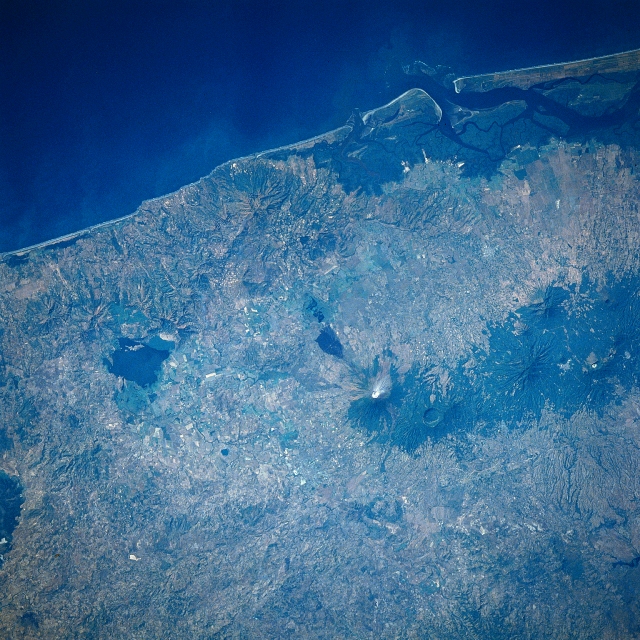 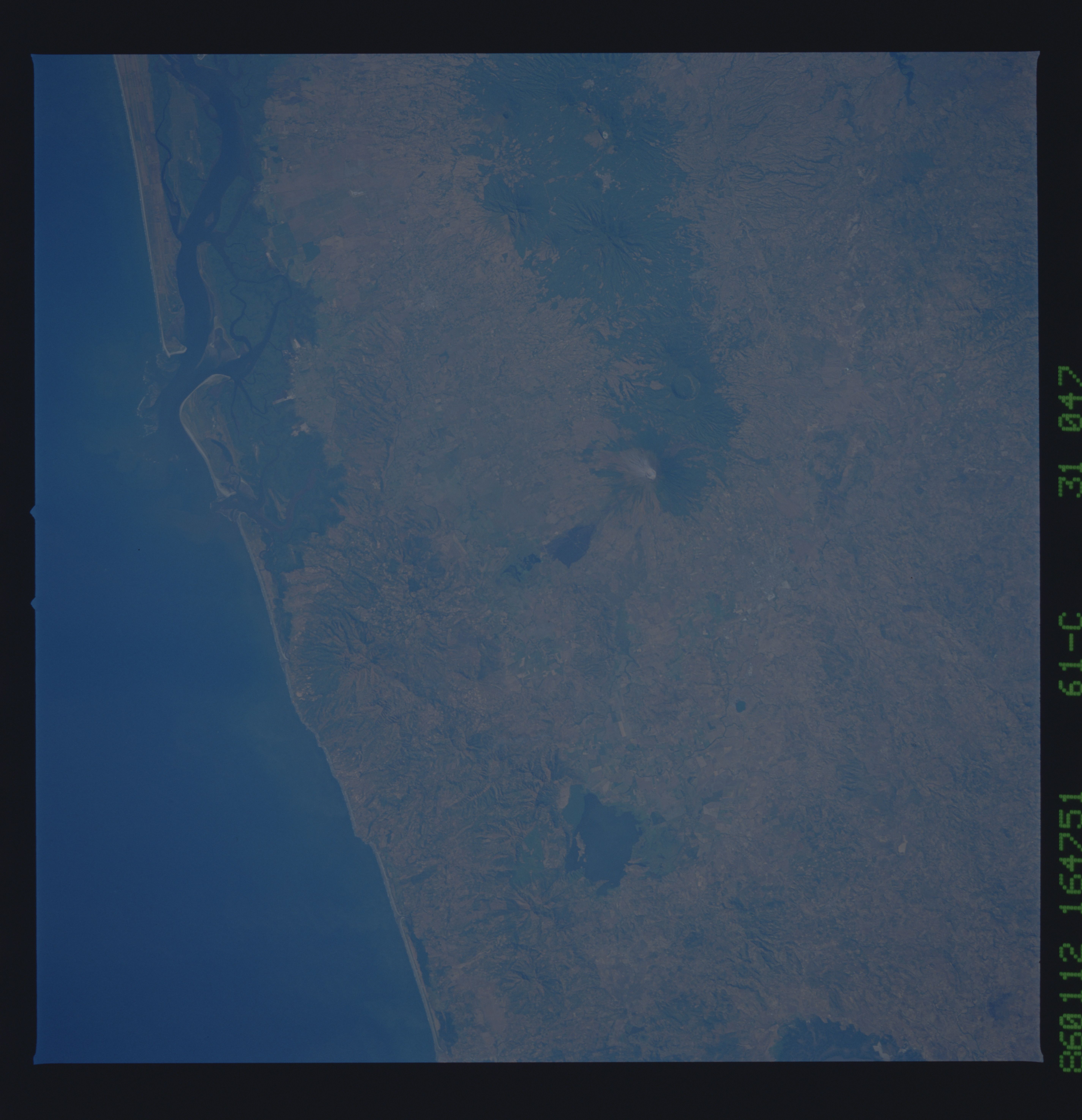 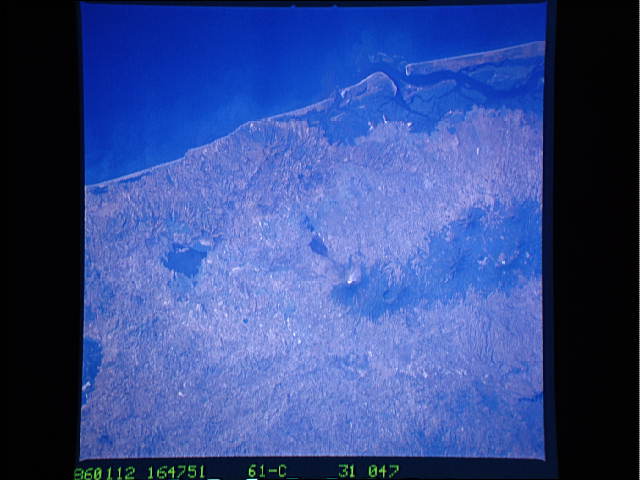 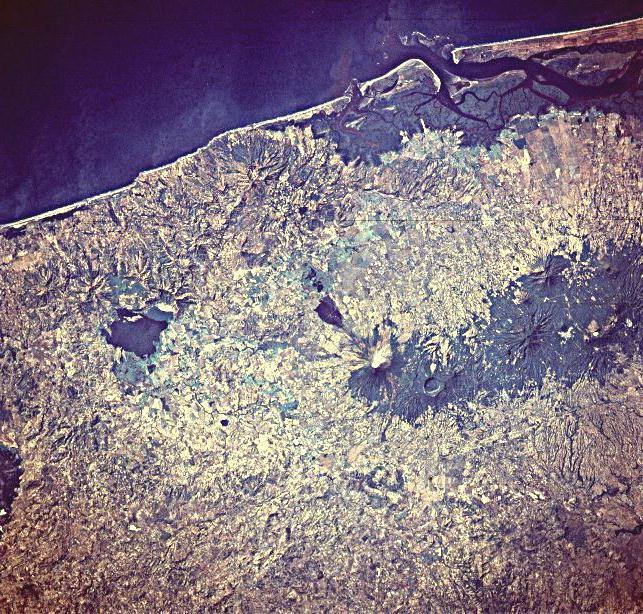 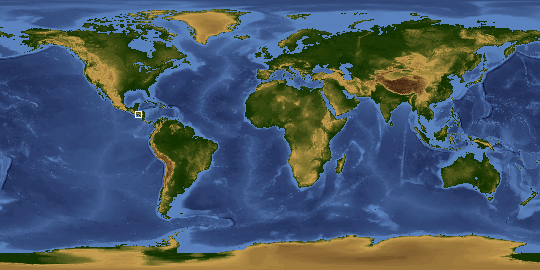 Other options available:
Download Packaged File
Download a Google Earth KML for this Image
View photo footprint information
Image Caption: STS61C-31-0047 San Miguel Volcano, El Salvador January 1986
Located on the image just to the right center, the symmetrical cone of San Miguel Volcano can be seen in this south-southwest-looking view. A stratovolcano, San Miguel rises to an elevation of 6993 feet (2123 meters) and has a diameter at its base of approximately 8 miles (13 km). The volcano is one of El Salvador's most prominent landmarks and one of its most frequently active volcanoes. The city of San Miguel (not discernible on the image) sits at the foot of the volcano on its west flank. The city of over 150000 in population is at risk from a possible future eruption. The area around the volcano is mostly agricultural due to the abundance of good volcanic soils. Coffee plantations extend up the flanks of the volcano. There have been 28 confirmed eruptions of the volcano since the year 1500. Most of the eruptions have been short-lived events that produced lava flows and ash fall. The last minor eruptions occurred in the winter of 1986 and again in March of 1995. Steam can be seen at the summit of the volcano on this 1986 image. Extinct volcanoes are visible to the west (right) of San Miguel Volcano.