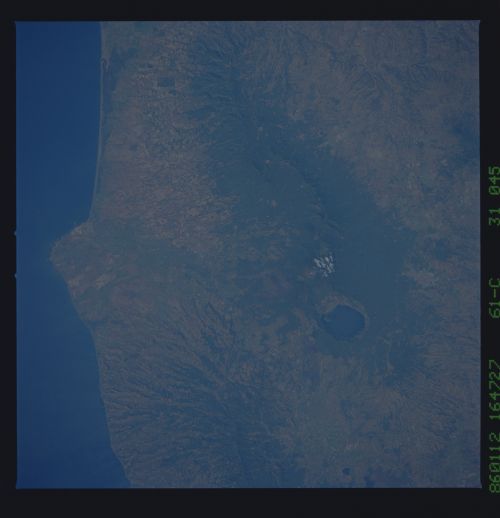 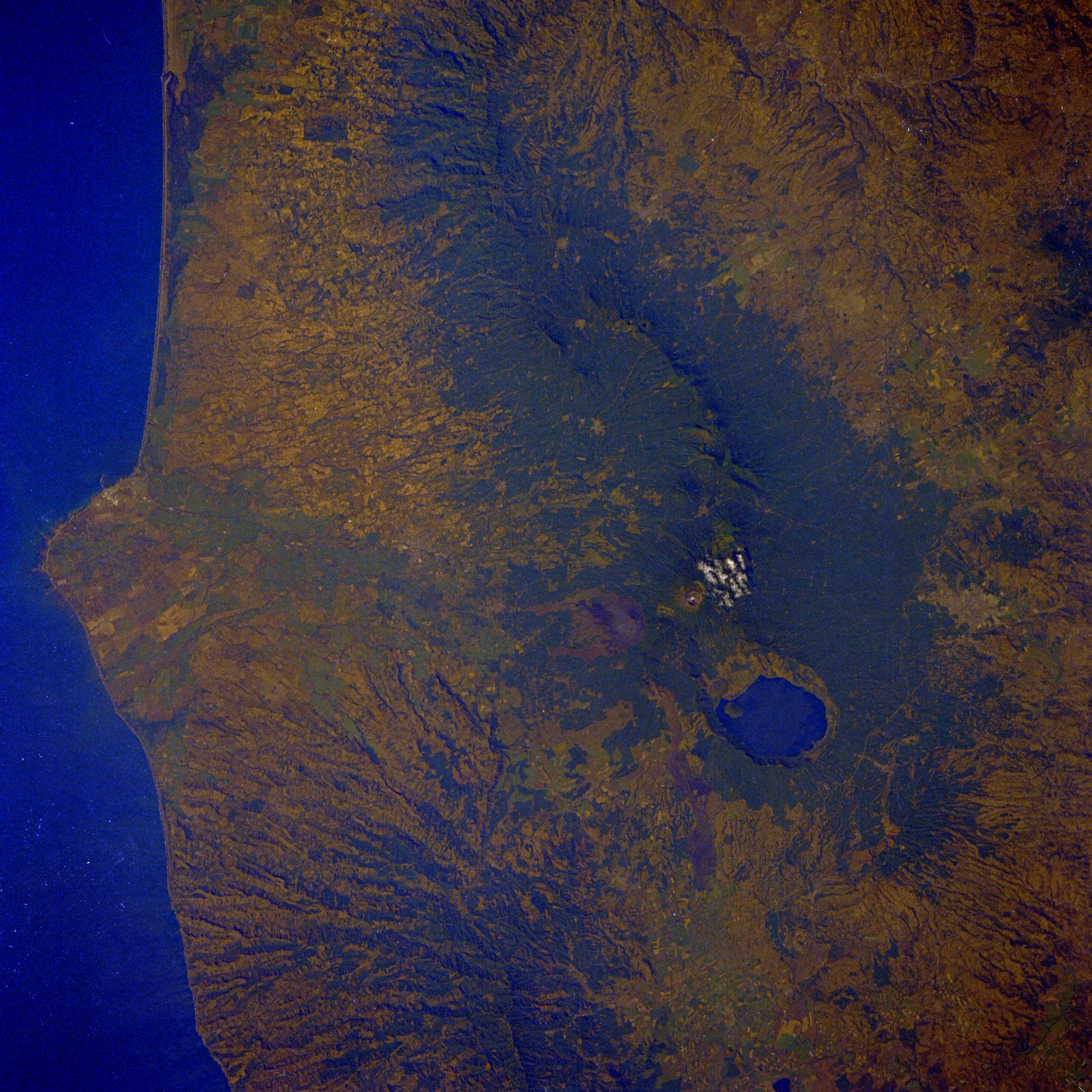 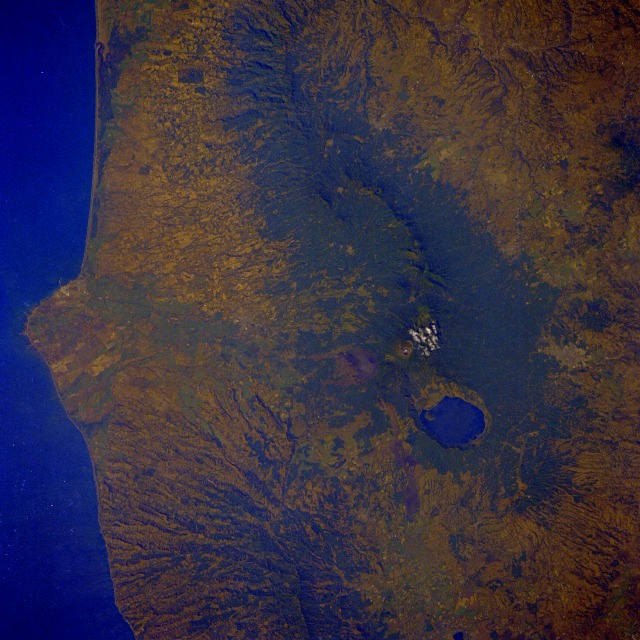 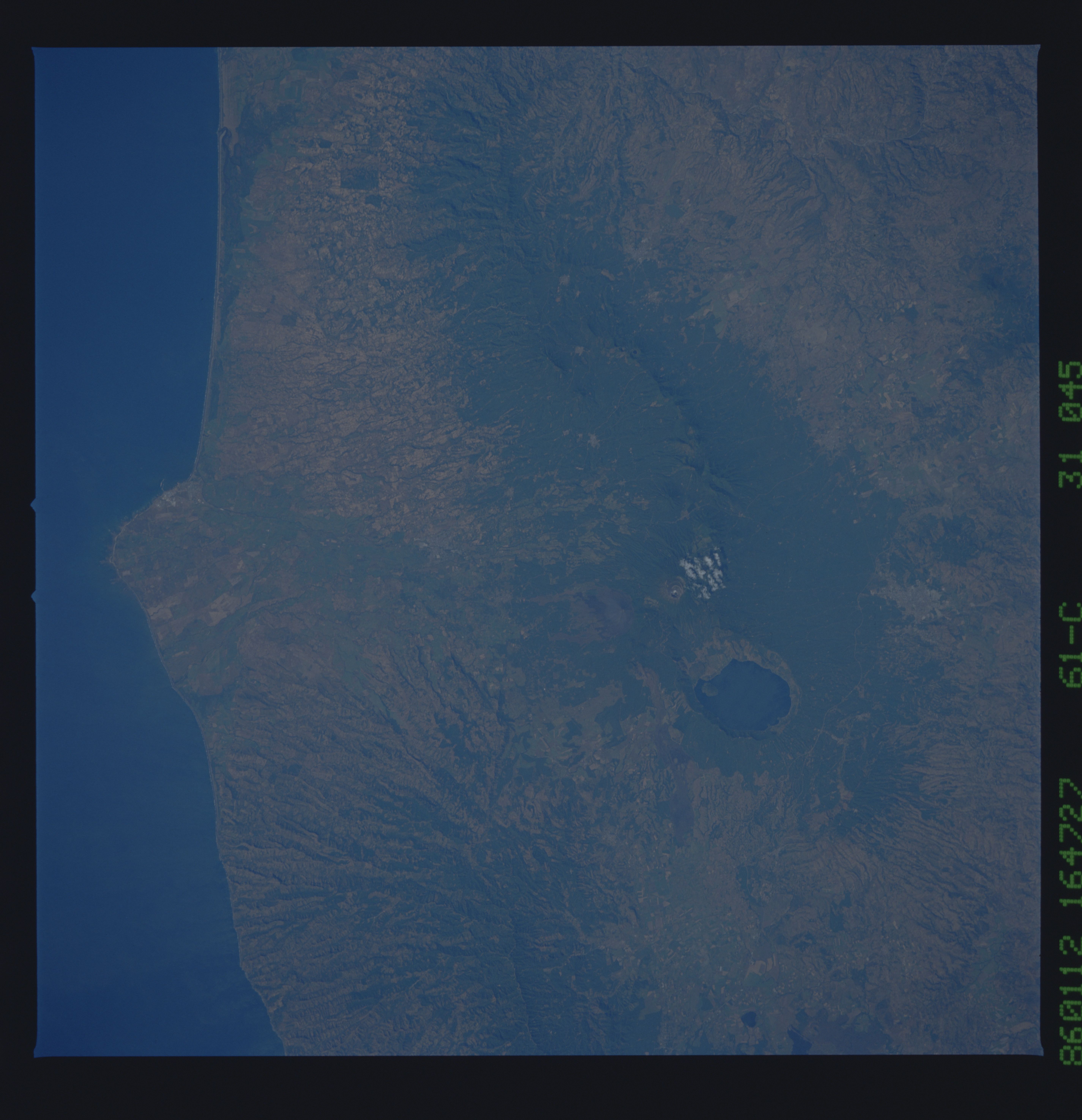 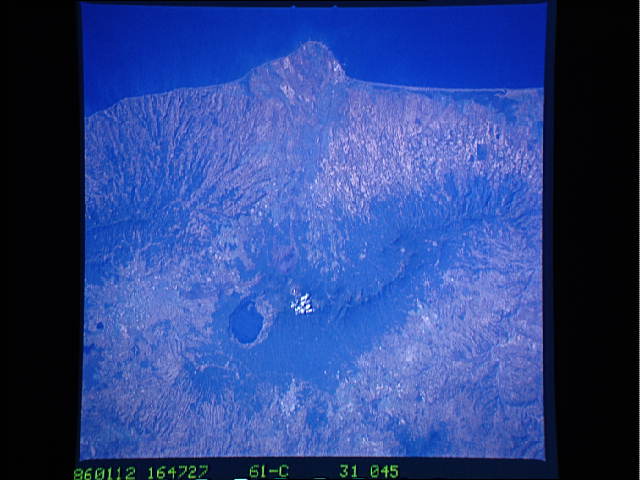 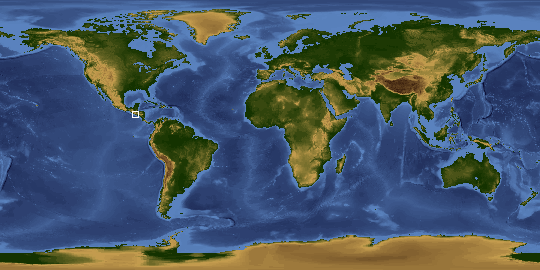 Other options available:
Download Packaged File
Download a Google Earth KML for this Image
View photo footprint information
Image Caption: STS61C-31-0045 Santa Ana Volcano, El Salvador January 1986
El Salvador, a land of volcanoes, lies within the volcanic axis that crosses Central America in a northwest-southeast alignment from Mexico to Panama. Several volcanic features are visible in this near-vertical photograph of the Santa Ana Volcano--the very large, steep-sided, water-filled caldera that measures more than 3 miles (5 kilometers) at its maximum width; a patch of clouds near the summit of the crater almost 7800 feet (2380 meters) above sea level; and a flank volcano (gray, nonvegetated area) south of the main crater. The flank volcano is believed to have been the source of the last eruption (1920) and resultant lava flows. The protruding land mass that disrupts the otherwise smooth Pacific Ocean coastline is believed to have been formed by a large lava flow from the main volcanic source area. Other vegetated volcanic ridges with the classic radial drainage pattern can be identified west and southeast of the Santa Ana Volcano. The small city of Santa Ana is barely visible north of the large water-filled caldera. The capital city of San Salvador (not in this photograph) is located approximately 25 miles (40 kilometers) southeast of the Santa Ana Volcano.