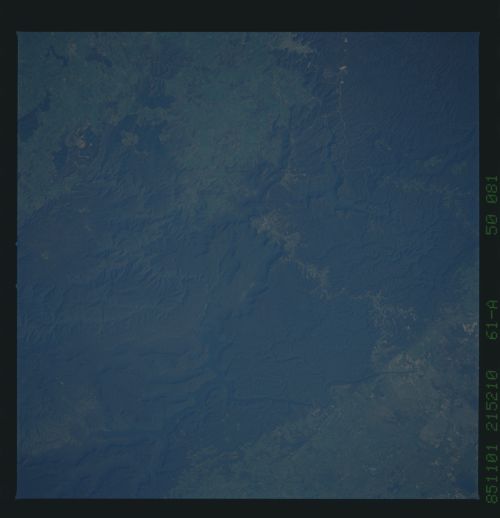 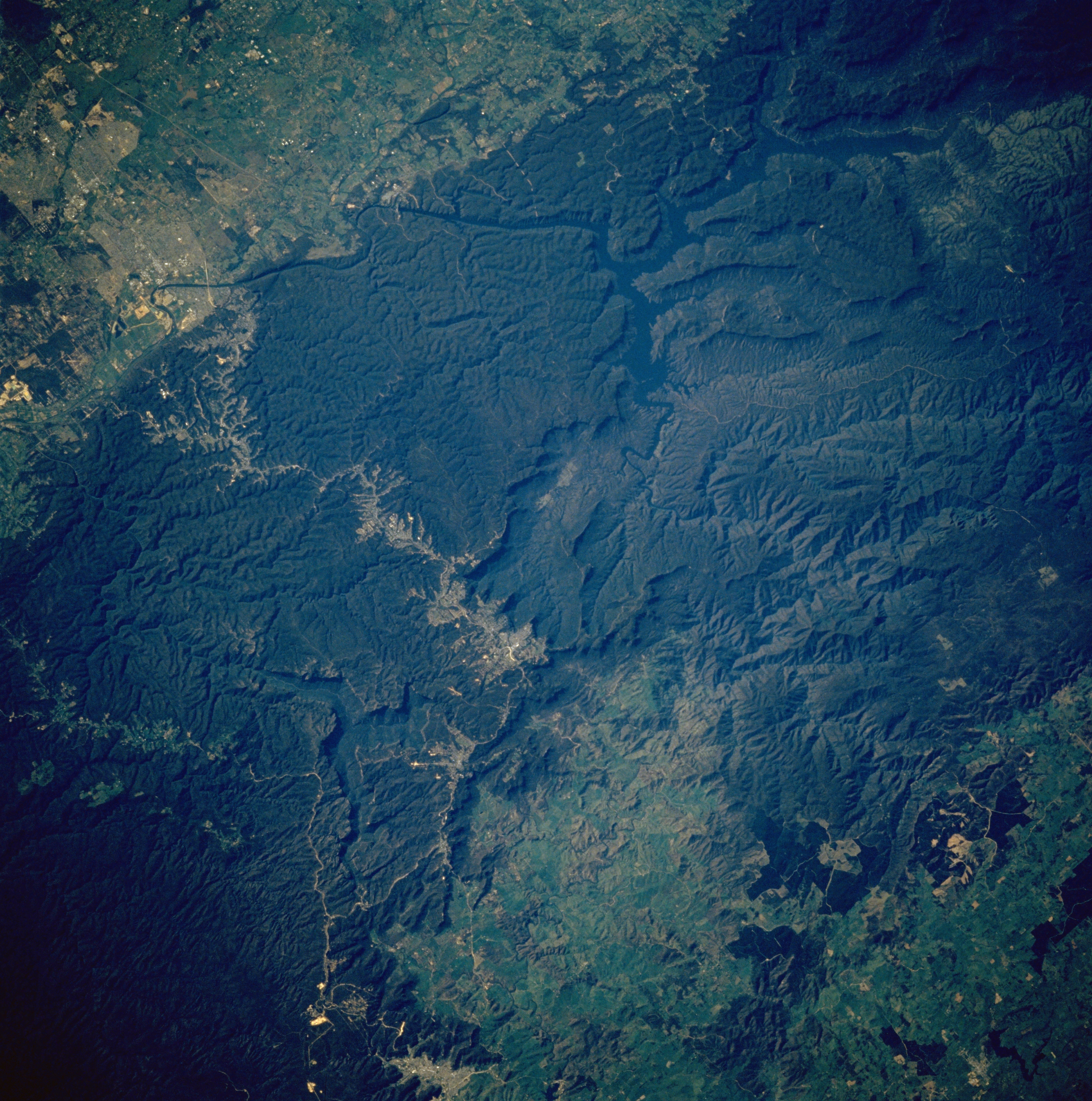 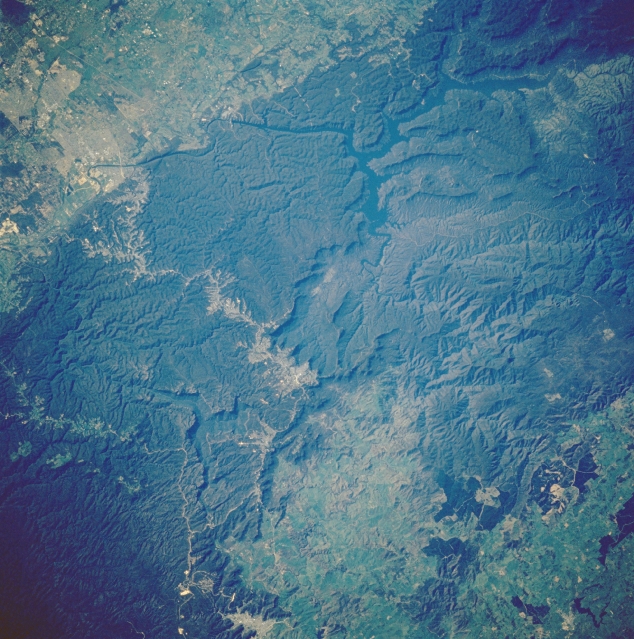 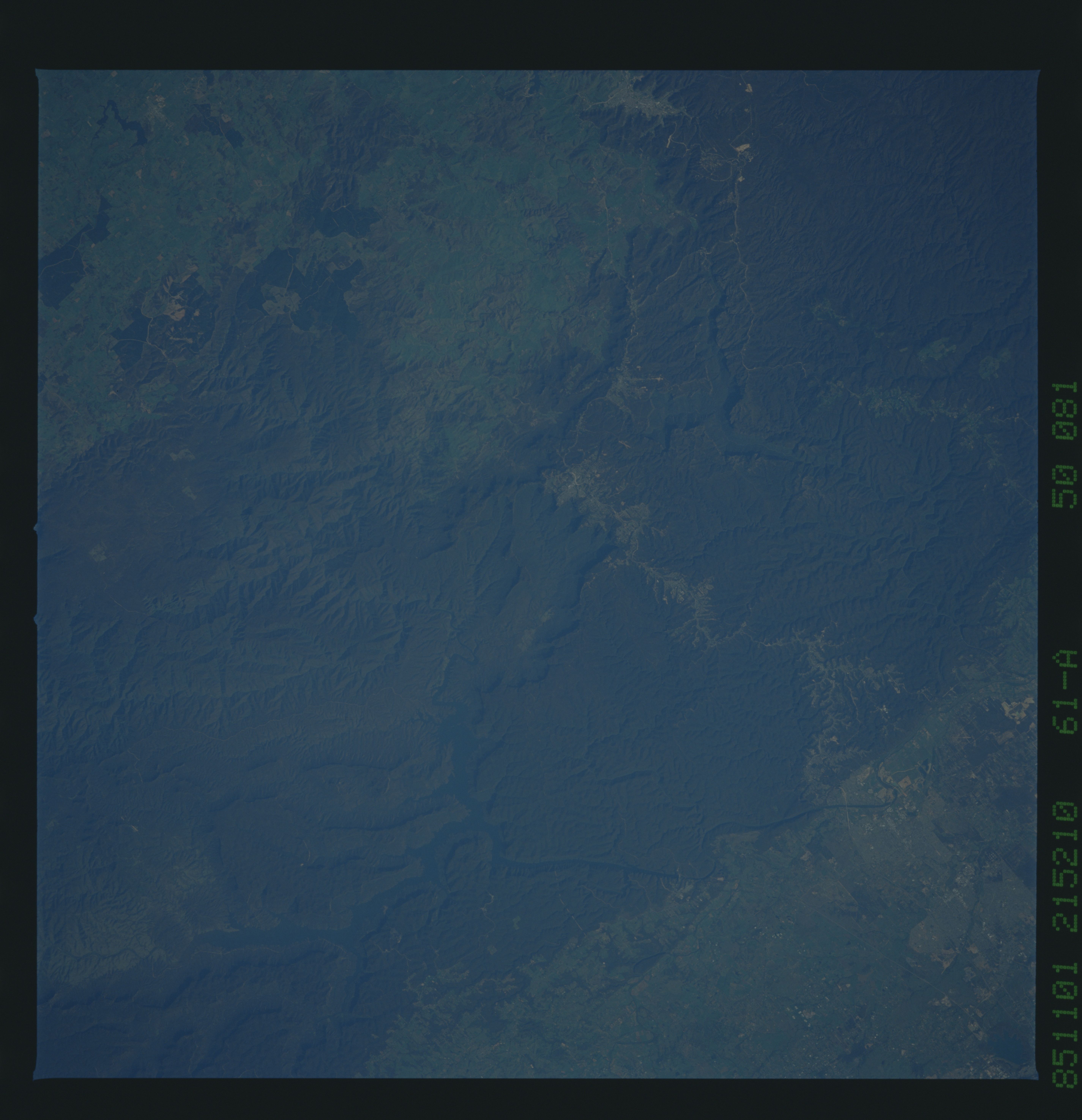 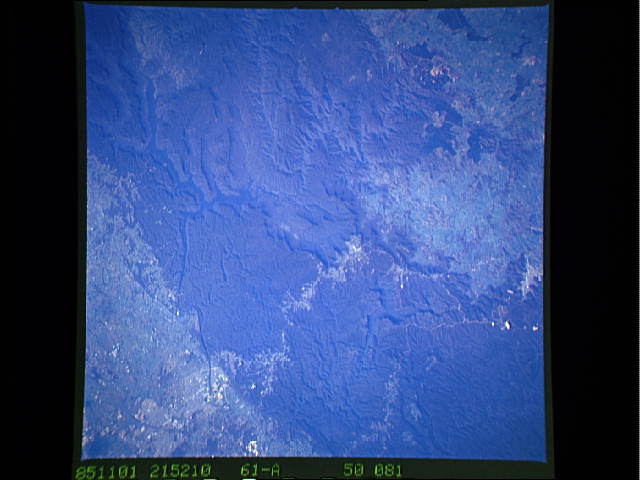 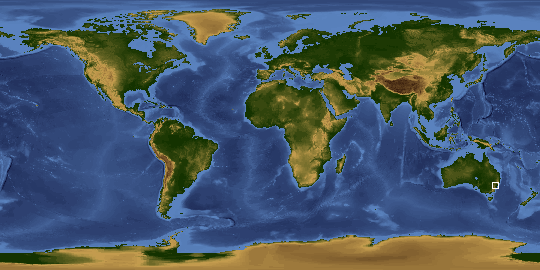 Other options available:
Download Packaged File
Download a Google Earth KML for this Image
View photo footprint information
Image Caption: STS61A-50-081 Lake Burragorang, New South Wales, Australia November 1985
As in STS61A-50-080, the dark blue, irregular-shaped Lake Burragorang, as well as the Wollondilly and Coxs River Valleys can be discerned within the darker, densely vegetated mountains of the Great Dividing Range west of Sydney. The lighter colored areas in the upper left corner of the image are the western suburbs of Sydney and the, crooked, lighter-colored corridor through the forested mountains leads to the interior cities of Katooma and Blackheath (near the center of the picture) and beyond. The lighter green area appears to be a fairly extensive alpine meadow within the Great Dividing Range. Another highway is visible in a valley north of the larger developing corridor as it snakes its way through the mountains (lower left).