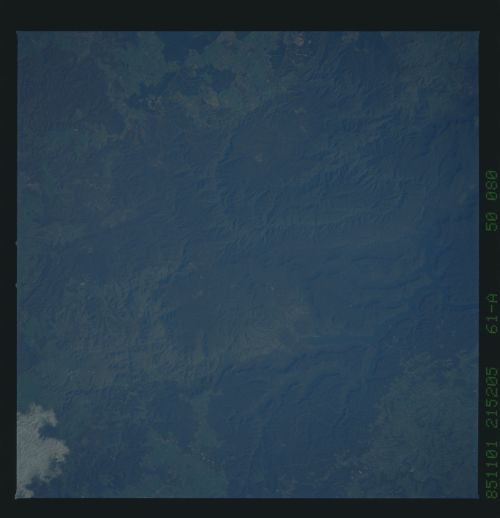 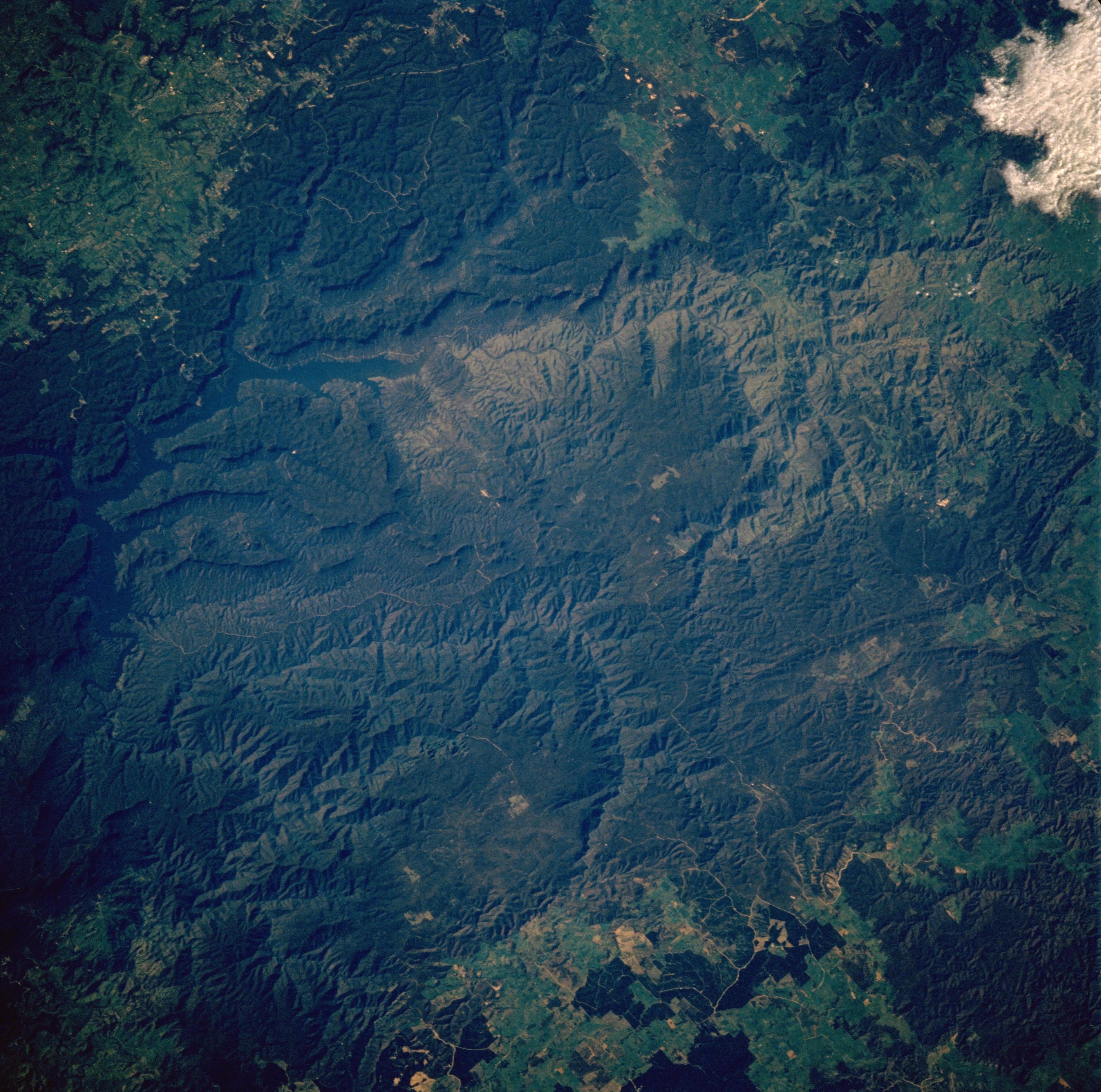 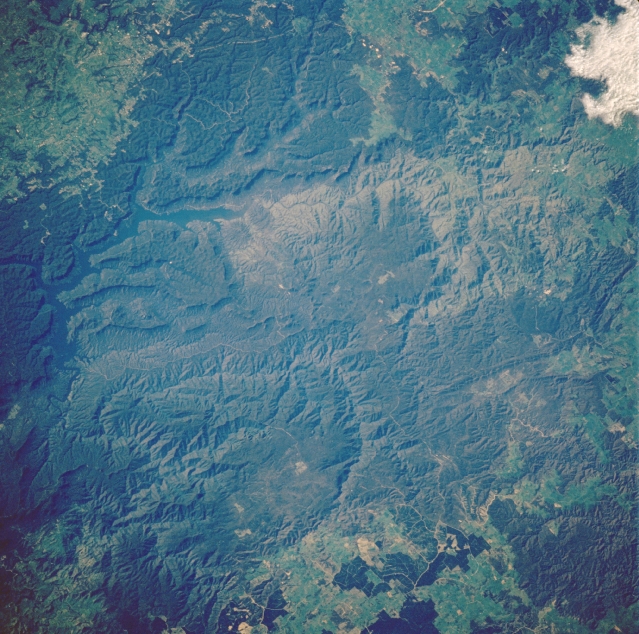 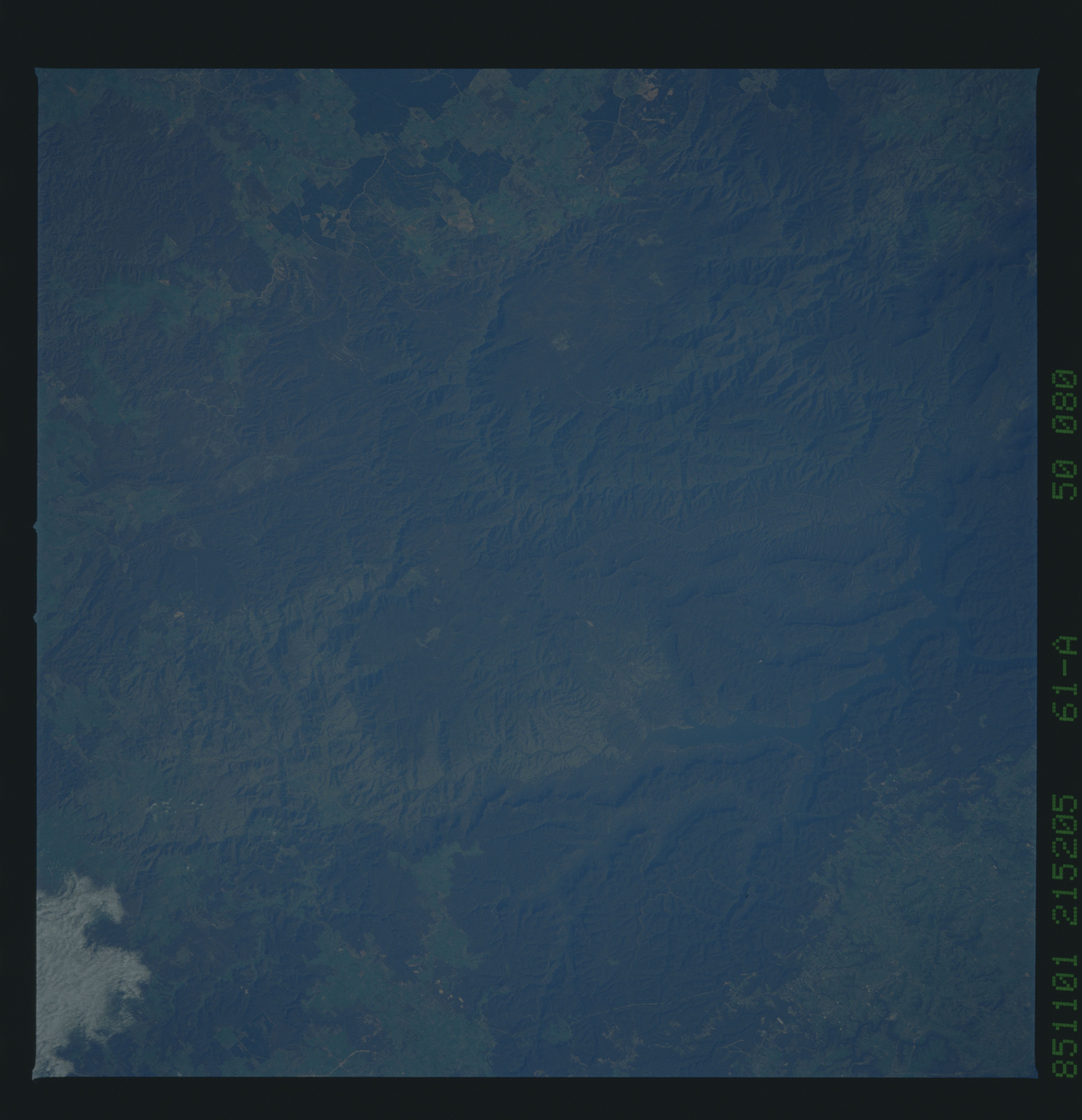 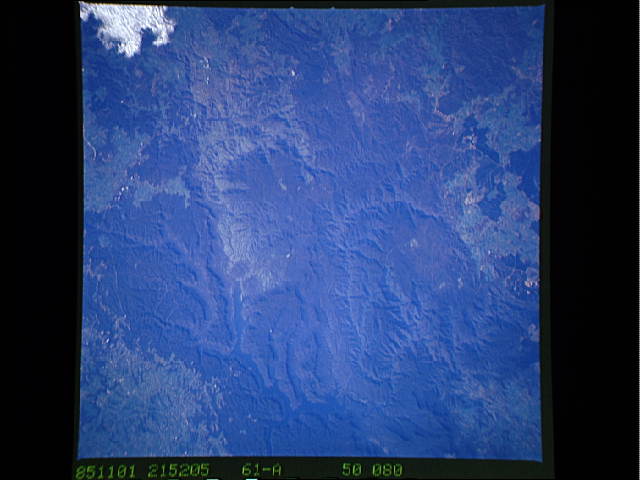 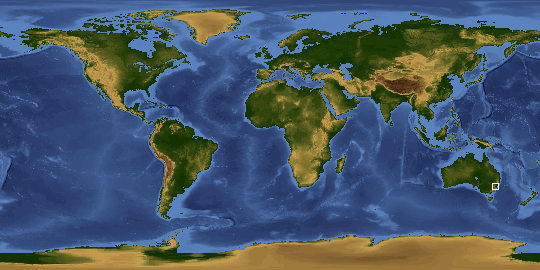 Other options available:
Download Packaged File
Download a Google Earth KML for this Image
View photo footprint information
Image Caption: STS61A-50-0080 Lake Burragorang, New South Wales, Australia November 1985
The reservoir, Lake Burragorang (linear, dark blue feature) is a little difficult to distinguish from the dark, surrounding woodlands. Located on the outskirts of Sydney (southwest of urban area) Burragorang is a major water supply for the largest city in Australia. While the surface area of this lake is just 34 square miles (88 square kilometers) it has an average depth of 76 feet (23 meters). Both the Wollondilly and the Coxs Rivers flow into a dammed gorge to create this reservoir. The extensive dark landscape that is visible throughout much of this scene is heavily wooded sections of the Great Dividing Range. STS61A-50-081 provides overlapping coverage of the Great Dividing Range and the extreme western suburbs of Sydney.