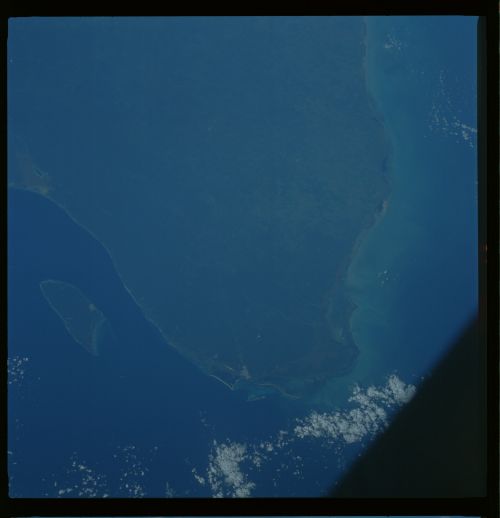 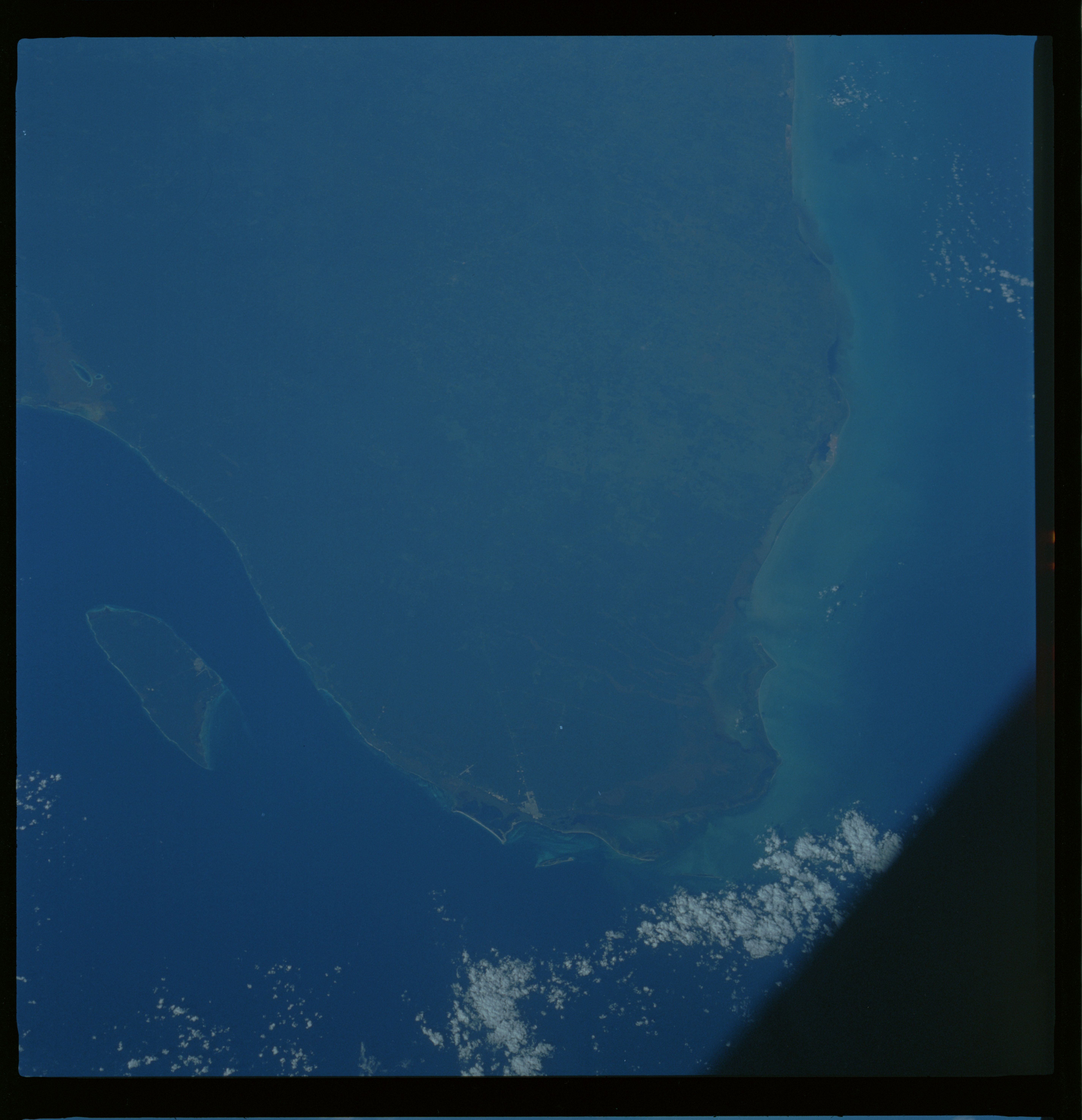 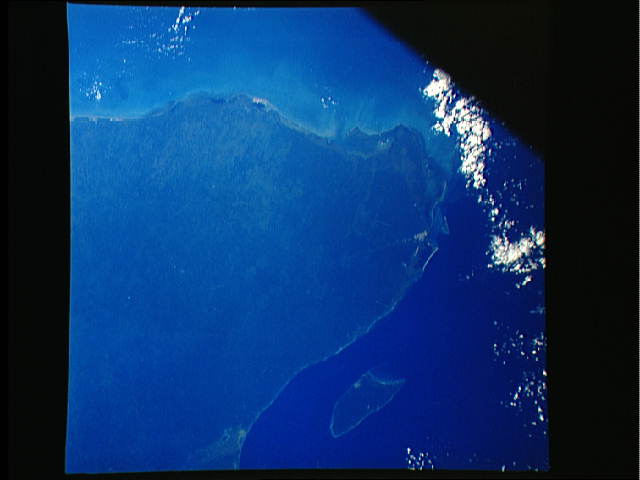 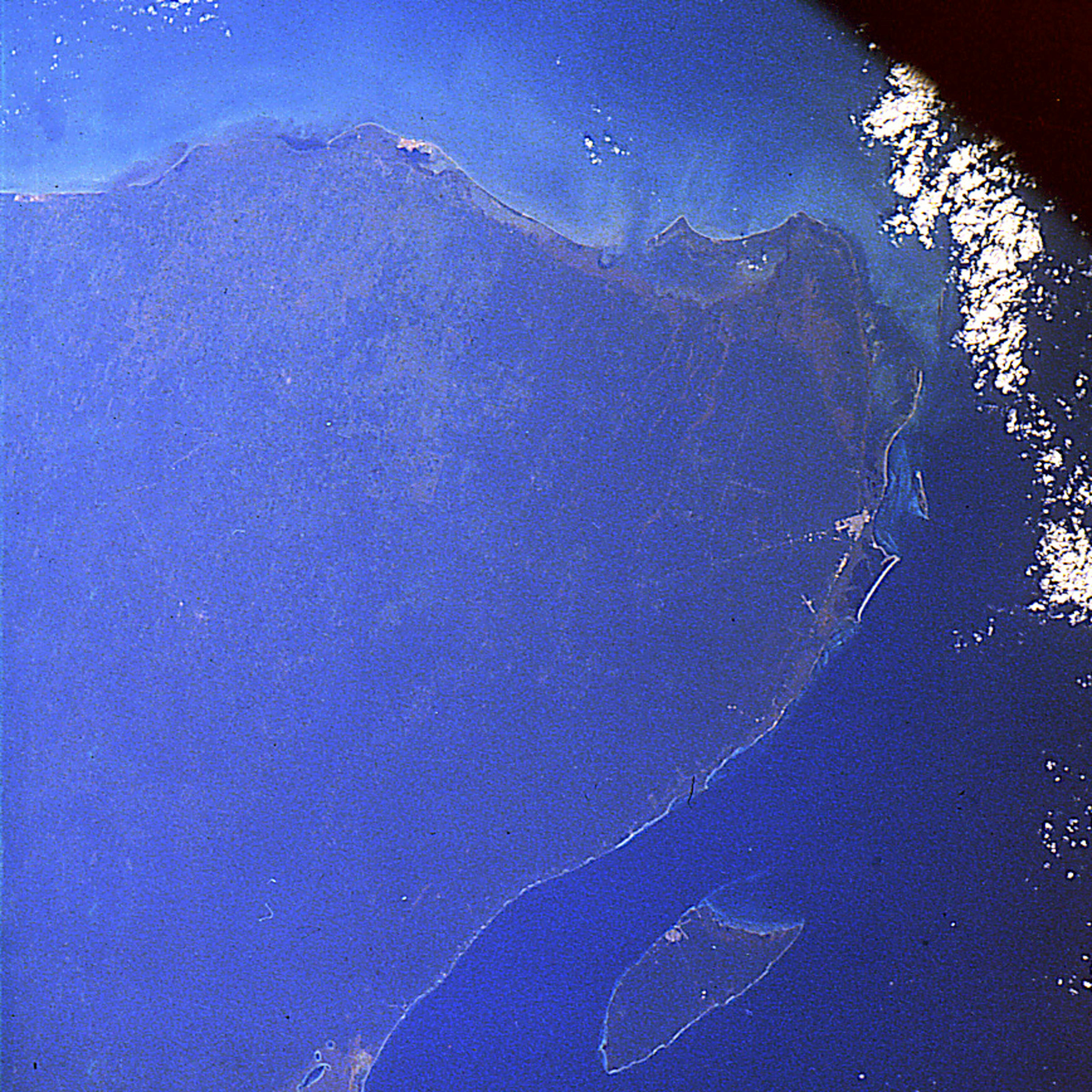 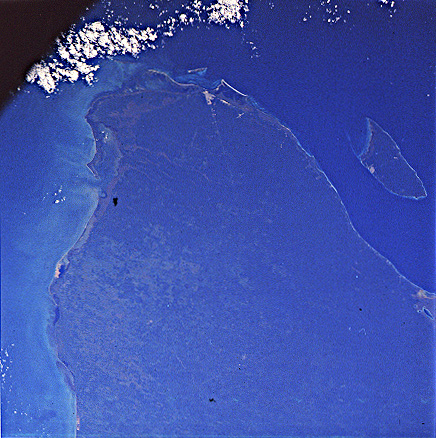 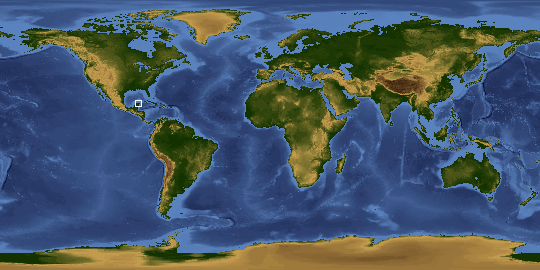 These two photographs of the northeast tip of the Yucatan Penin-
sula were taken nearly four years apart, the top photograph in
November 1985, and the bottom in October 1989. Large areas of the
east coast have been recently cleared. Hurrican Gilbert hit Co-
zumel (the offshore island) and the Yucatan Peninsula in late
1988. The following spring, much of the downed timber from the
storm burned, leaving the large cleared patches seen from space.
We continue to monitor changing landuse in the Yucatan. (61A-
491-17, S34-71-21)