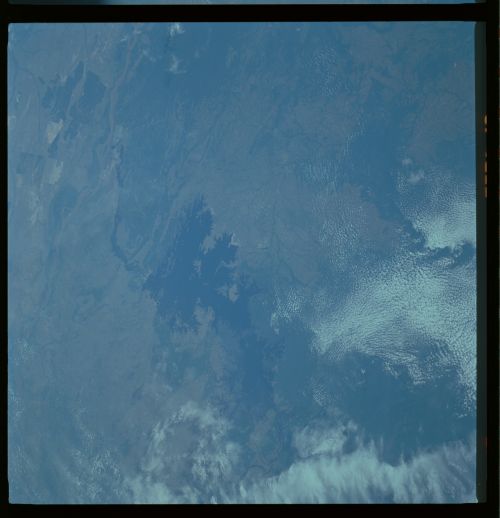 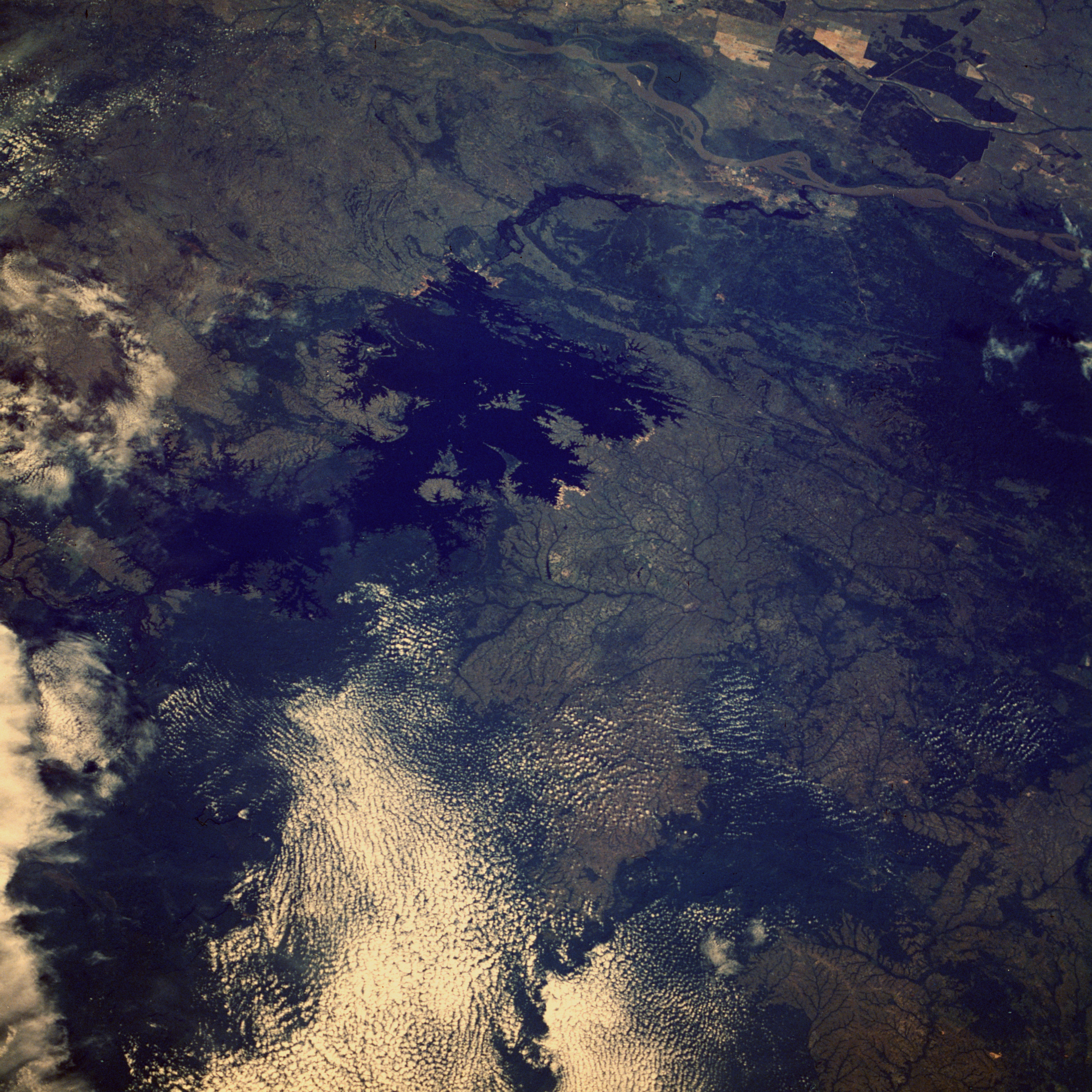 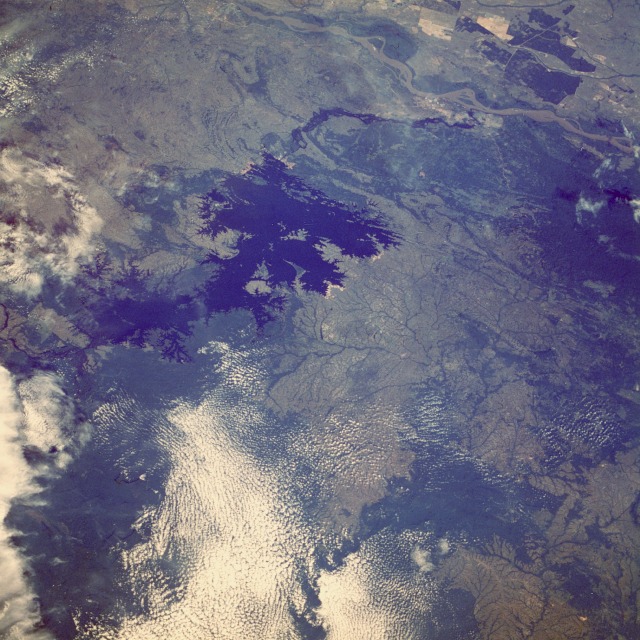 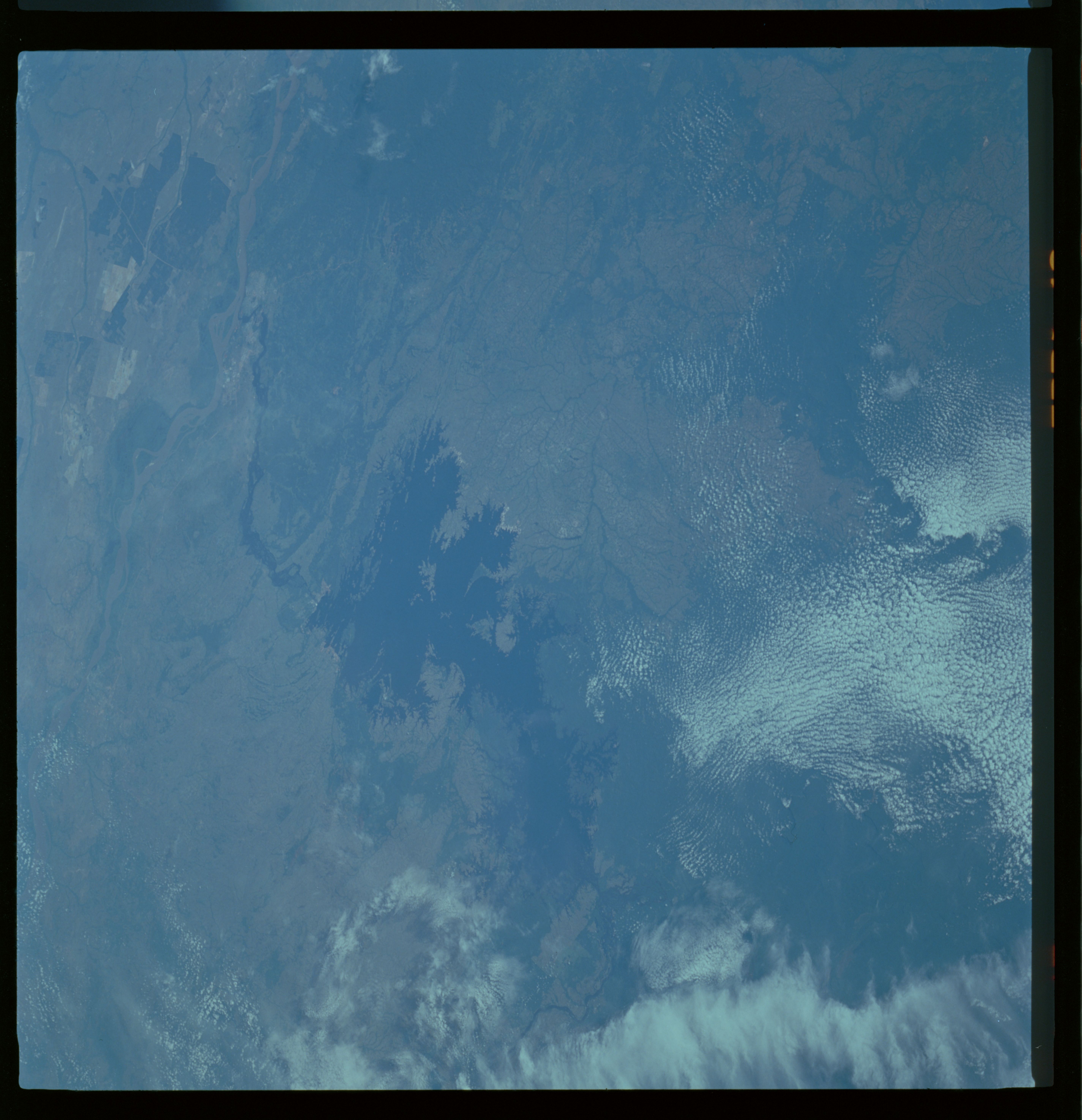 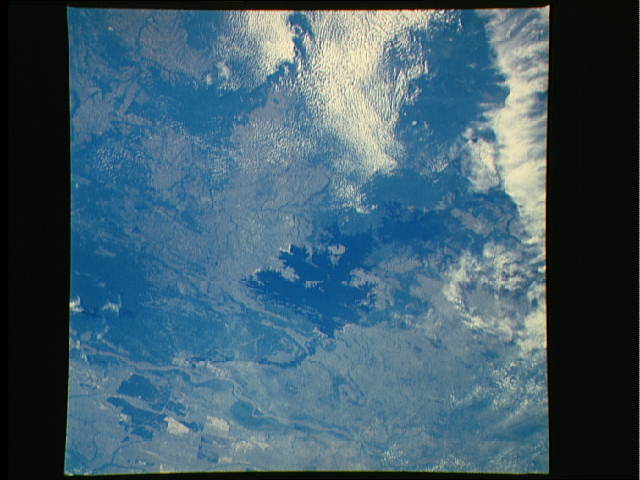 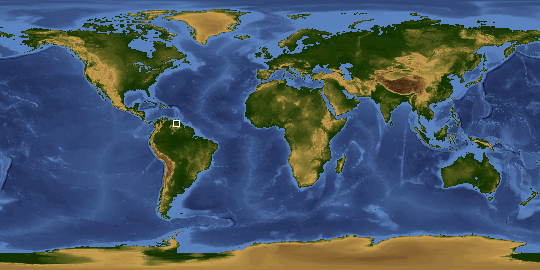 Other options available:
Download Packaged File
Download a Google Earth KML for this Image
View photo footprint information
Image Caption: STS61A-489-0012 Caroni River and Guri Reservoir, Venezuela October 1985
The dark blue waters of the Guri Reservoir in southeastern Venezuela are visible in the center of this northwest-looking, low-oblique photograph. The Guri Reservoir, built on the Caroni River in the early 1980s, provides water and electricity for steel plants and other industries around Guayana and irrigation projects along the Caroni River. Upon its completion in mid-1986, the dam produced more than 10 gigawatts of electricity, the first in the world to do so. The Caroni River, which originates in southeastern Venezuela near the border with Guyana, flows northward 550 miles (885 kilometers) and joins the sediment-filled Orinoco River near the city of Guayana (not easily discernible in the photograph). Before this photograph was taken, much forest (dark green) had been cleared south of the Orinoco River; subsequently, much land near the southern end of the reservoir and upstream of the Caroni River has been deforested, leading to silting problems within the reservoir.