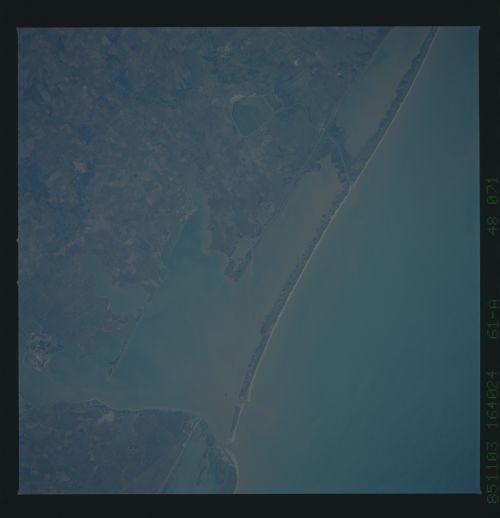 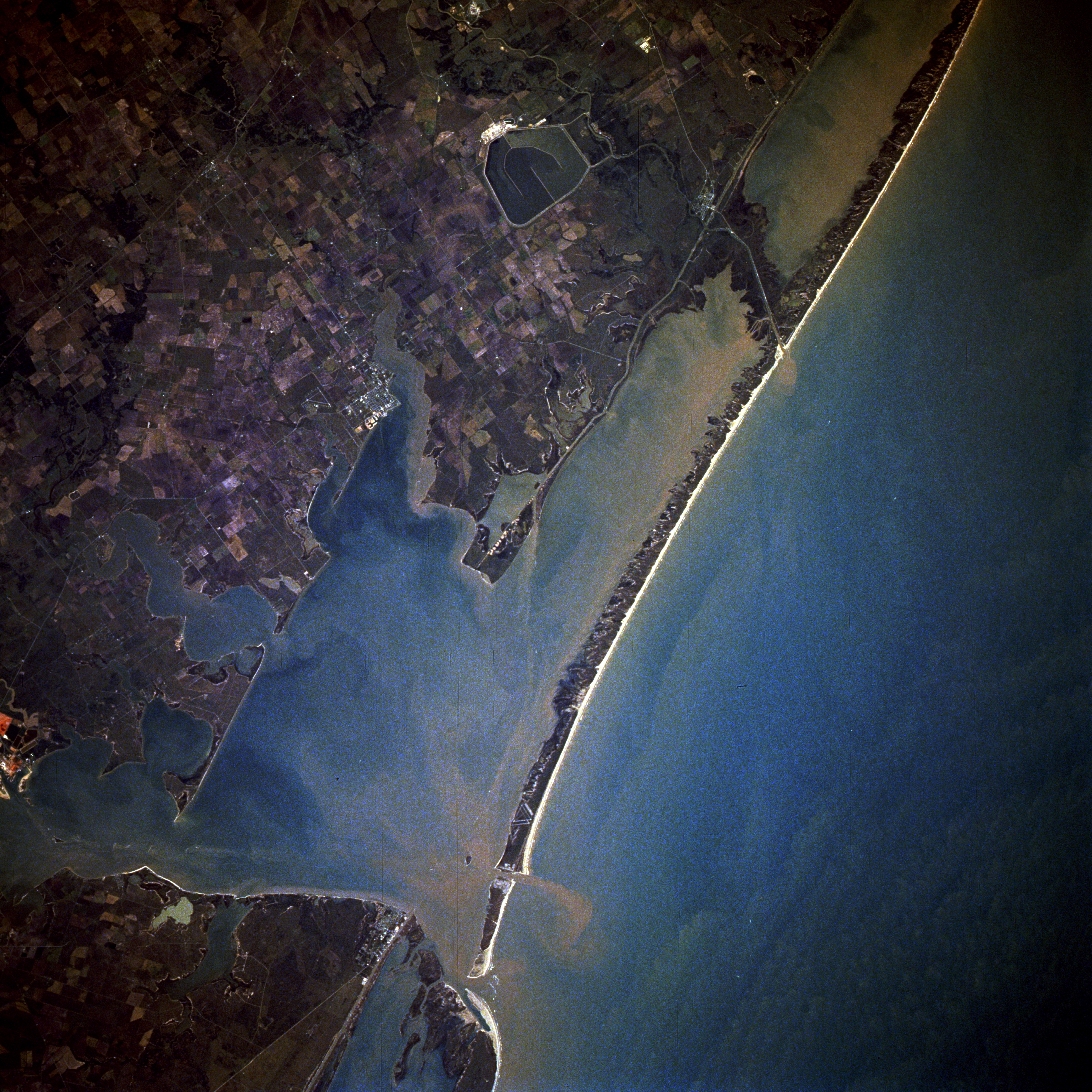 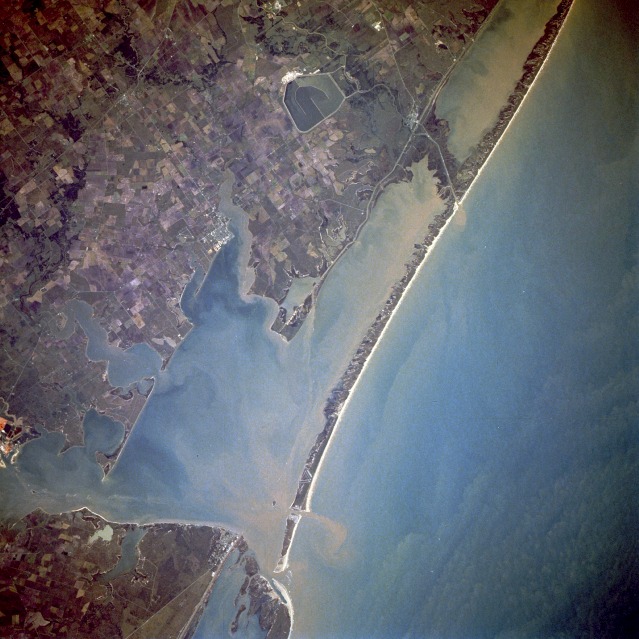 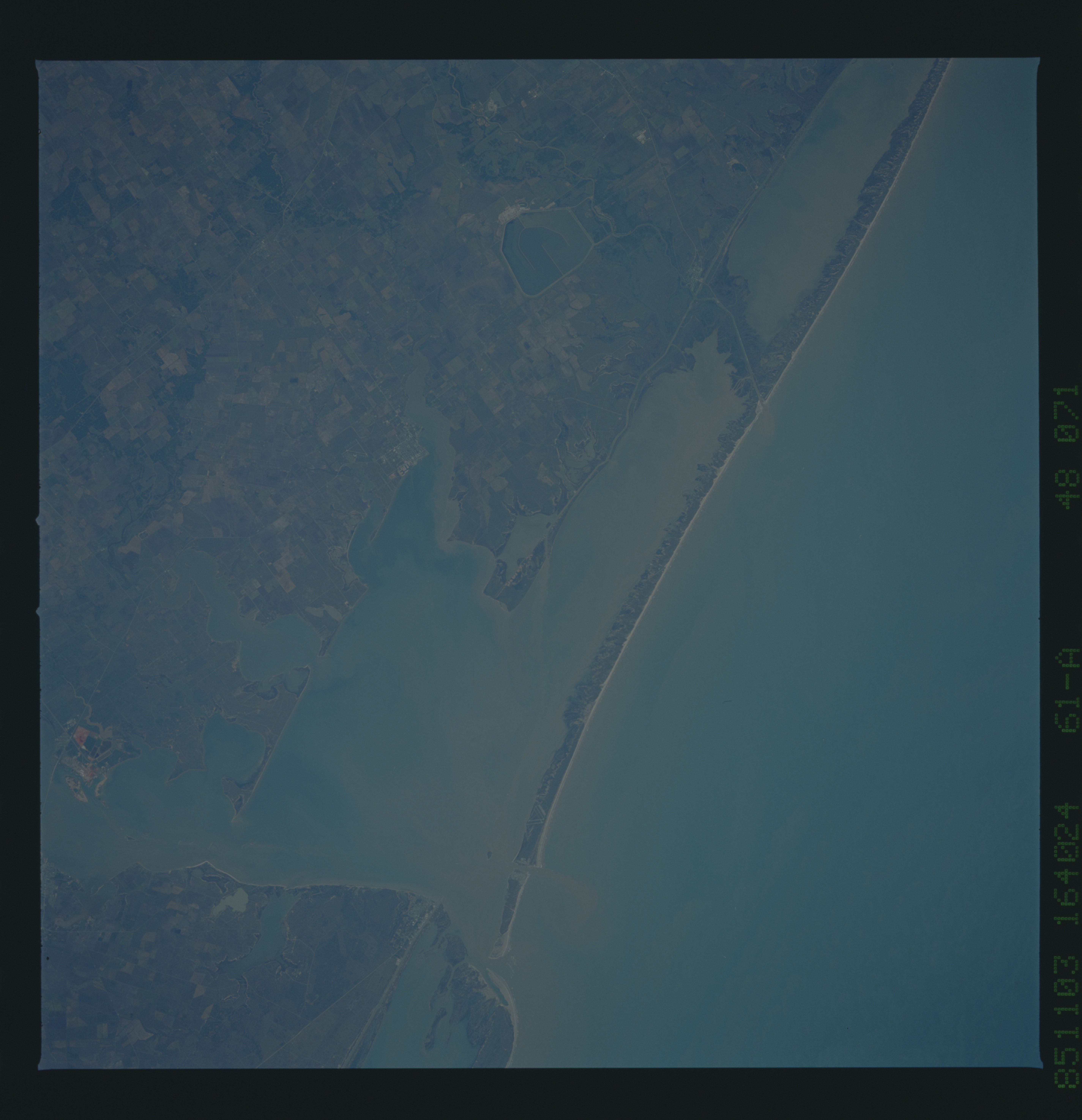 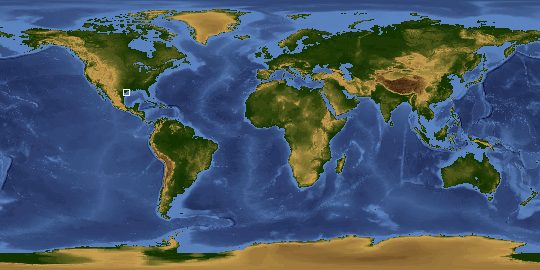 Other options available:
Download Packaged File
Download a Google Earth KML for this Image
View photo footprint information
Image Caption: STS61A-48-0071 Matagorda Bay, Texas, U.S.A. November 1985
Sediment-filled Matagorda Bay and its arm, Lavaca Bay, to the northwest, comprise the centerpiece of this near-vertical photograph. Matagorda Bay, an inlet of the Gulf of Mexico, was first visited in 1685 by French explorer Robert LaSalle on his last expedition. Although the region is often hit with tropical storms and hurricanes, the bay, 50 miles (80 kilometers) long and 3 to 12 miles (5 to 19 kilometers) wide, is generally protected from the gulf by Matagorda Peninsula, a long sandspit, at the west end of which is the entrance to Matagorda Bay through Cavallo Pass; farther west and mostly out of the photograph is Matagorda Island, a sandbar on which Matagorda State Park is located. The small city of Port O'Connor, north of Cavallo Pass, is also discernible. At the east end of the bay is the small delta of the Colorado River, which is 900 miles (1448 kilometers) long and rises in the Staked Plains of northwest Texas. North of the delta, a large holding pond for a nuclear power plant can be seen. Although mostly a cattle-raising region, agriculture (rice, cotton, grain, corn, truck crops, fruit, dairy products, livestock, and poultry) is prevalent. The region around the bay is also noted for its fishing industries.