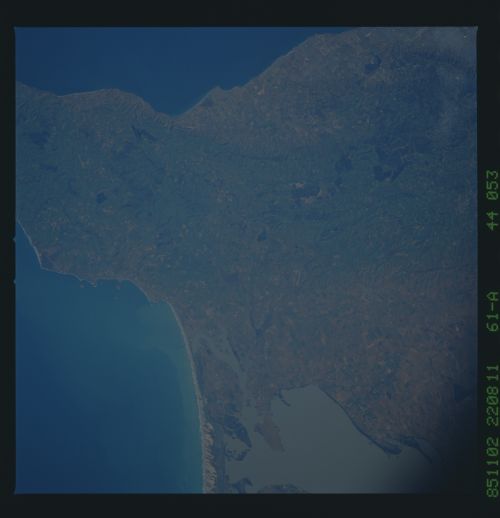 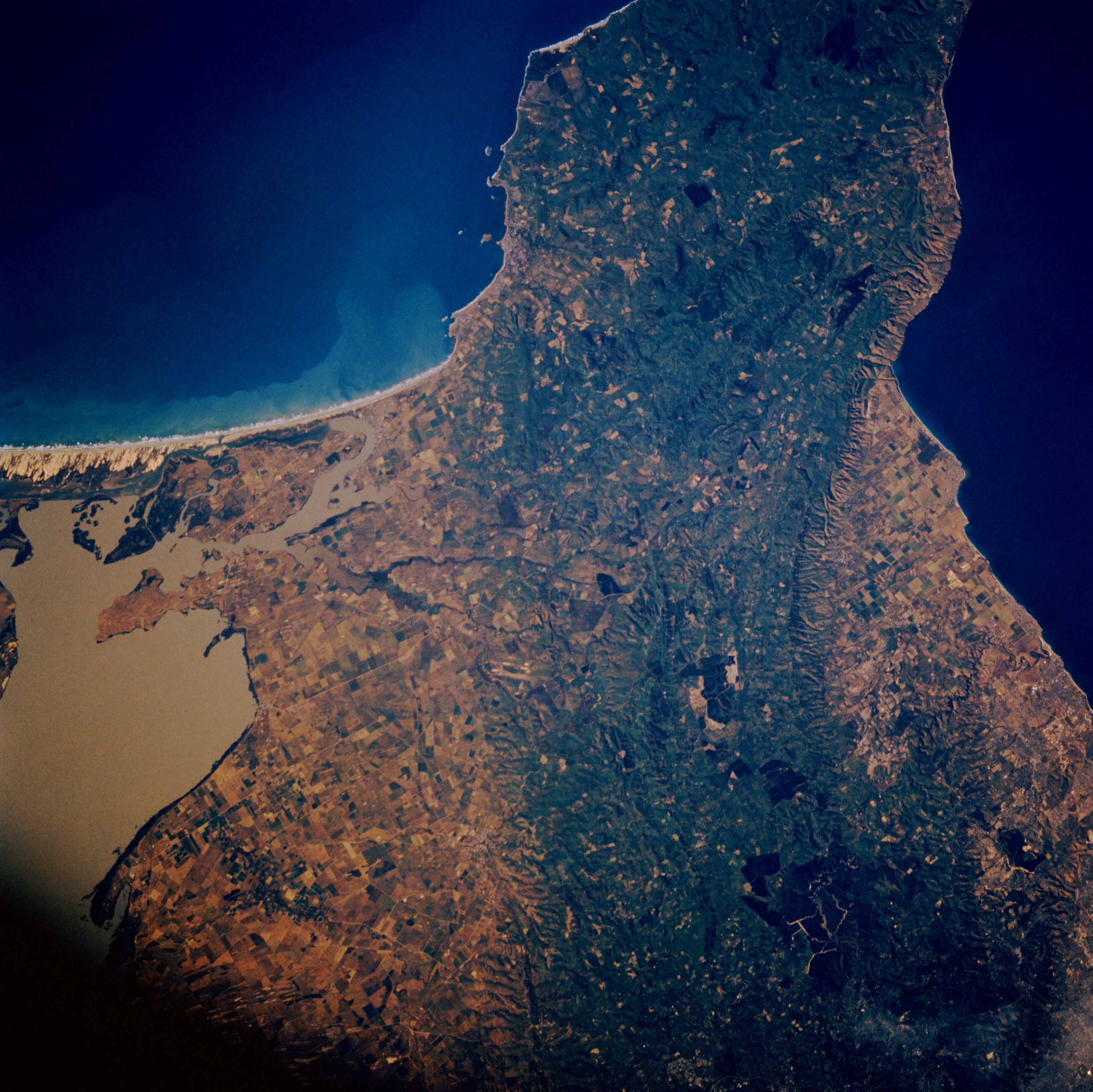 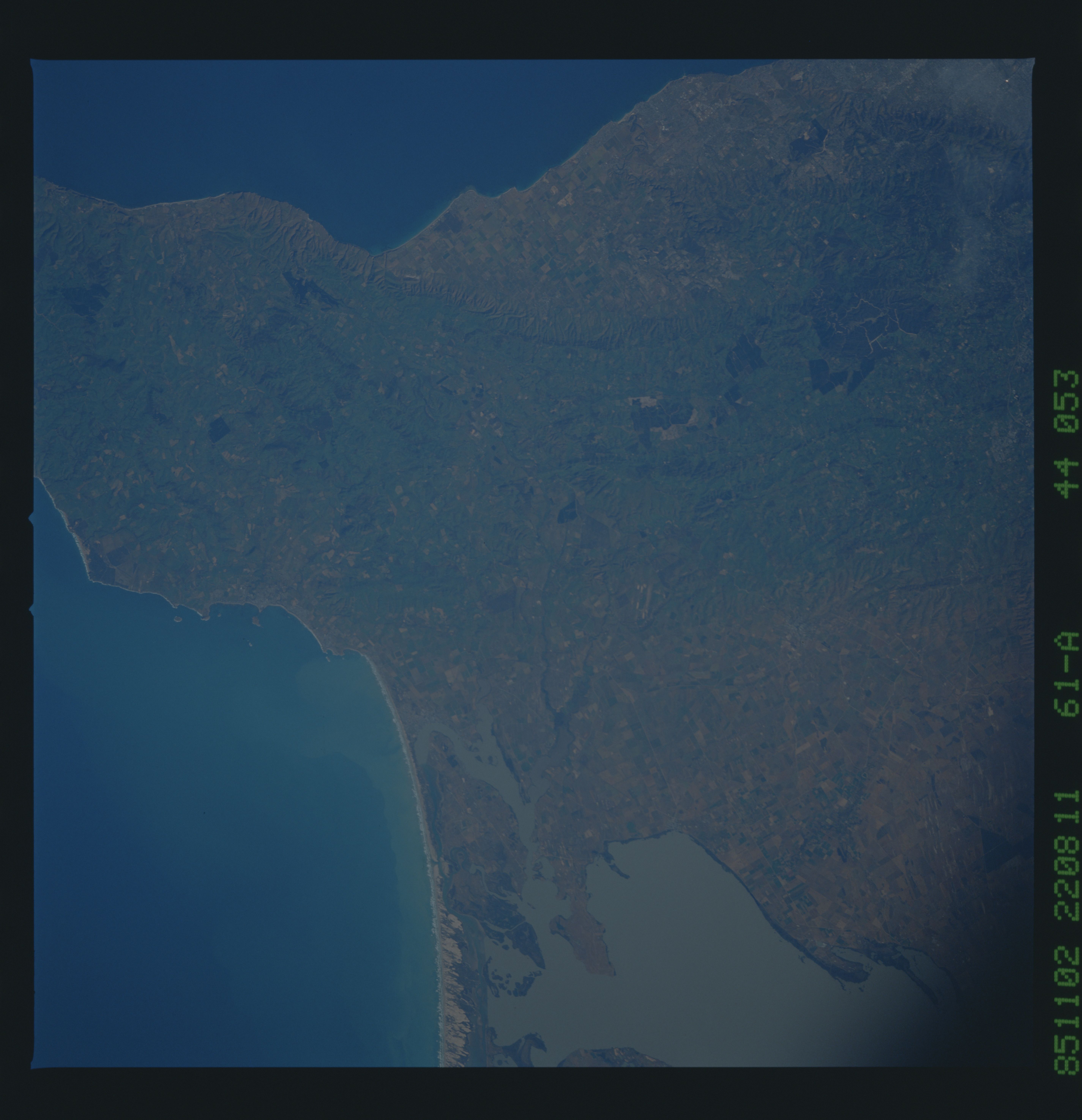 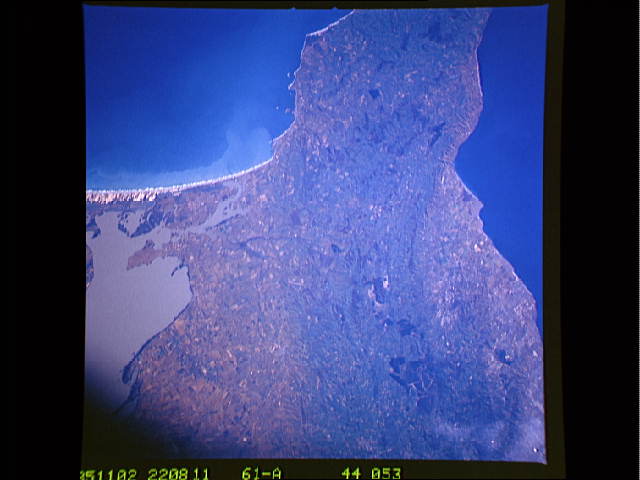 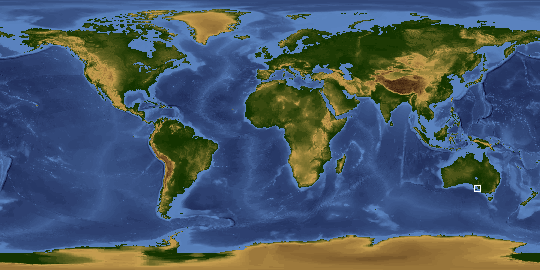 Other options available:
Download Packaged File
Download a Google Earth KML for this Image
View photo footprint information
Image Caption: STS61A-44-0053 Fleurieu Peninsula, South Australia, Australia November 1985
The green, forested, low mountains of the Fleurieu Peninsula present an appealing landscape in southeastern South Australia. The gently curving mountains with maximum elevations exceeding 1400 feet (427 meters) above sea level are situated between Adelaide (just off the edge of the scene to the north) and the western extent of the coastal, sandy beaches of Younghusbands Peninsula (to the southeast). This region enjoys a mild Mediterranean climate which supports numerous vineyards. The muddy-looking body of water along the edge of the image is Lake Alexandrina, which connects the Murray River with the Indian Ocean. The dark blue waters of the Gulf of St. Vincent is visible along the opposite (western) edge of the picture.