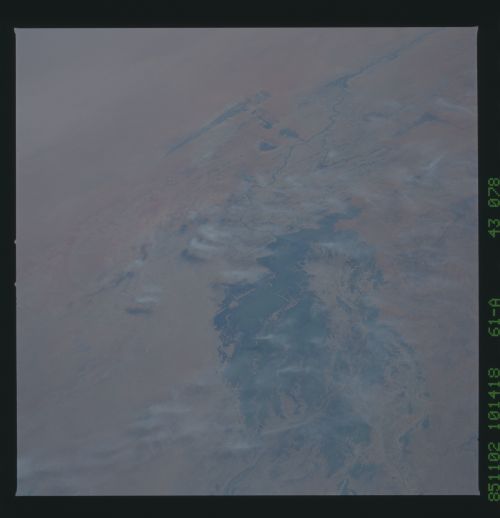 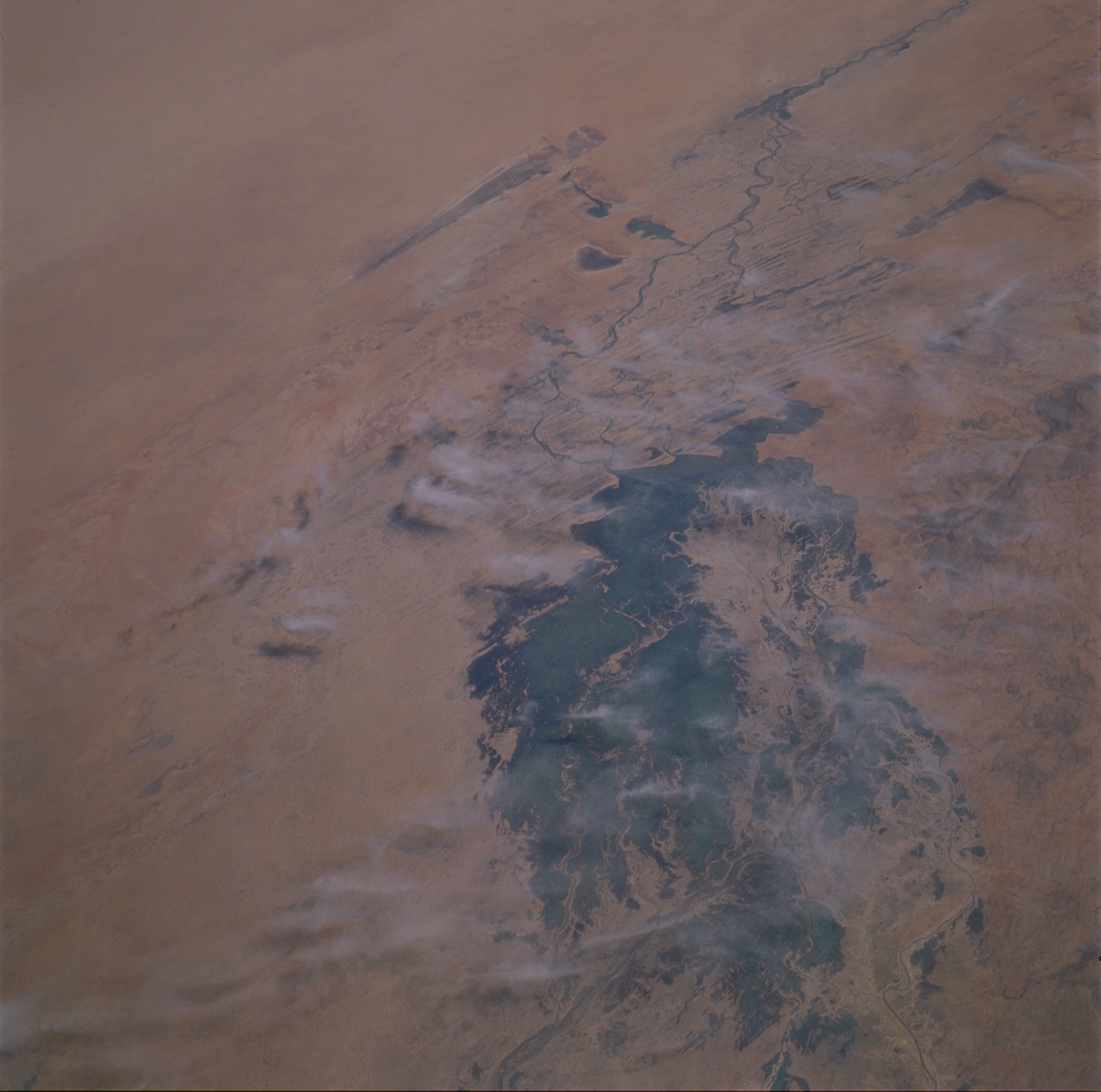 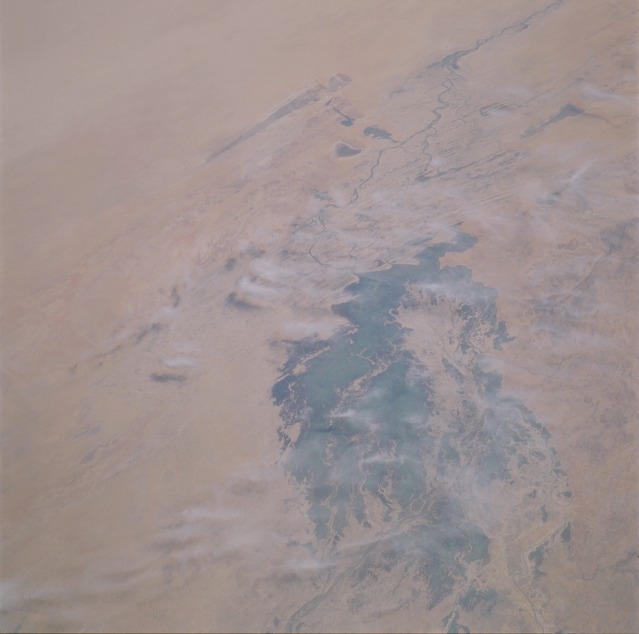 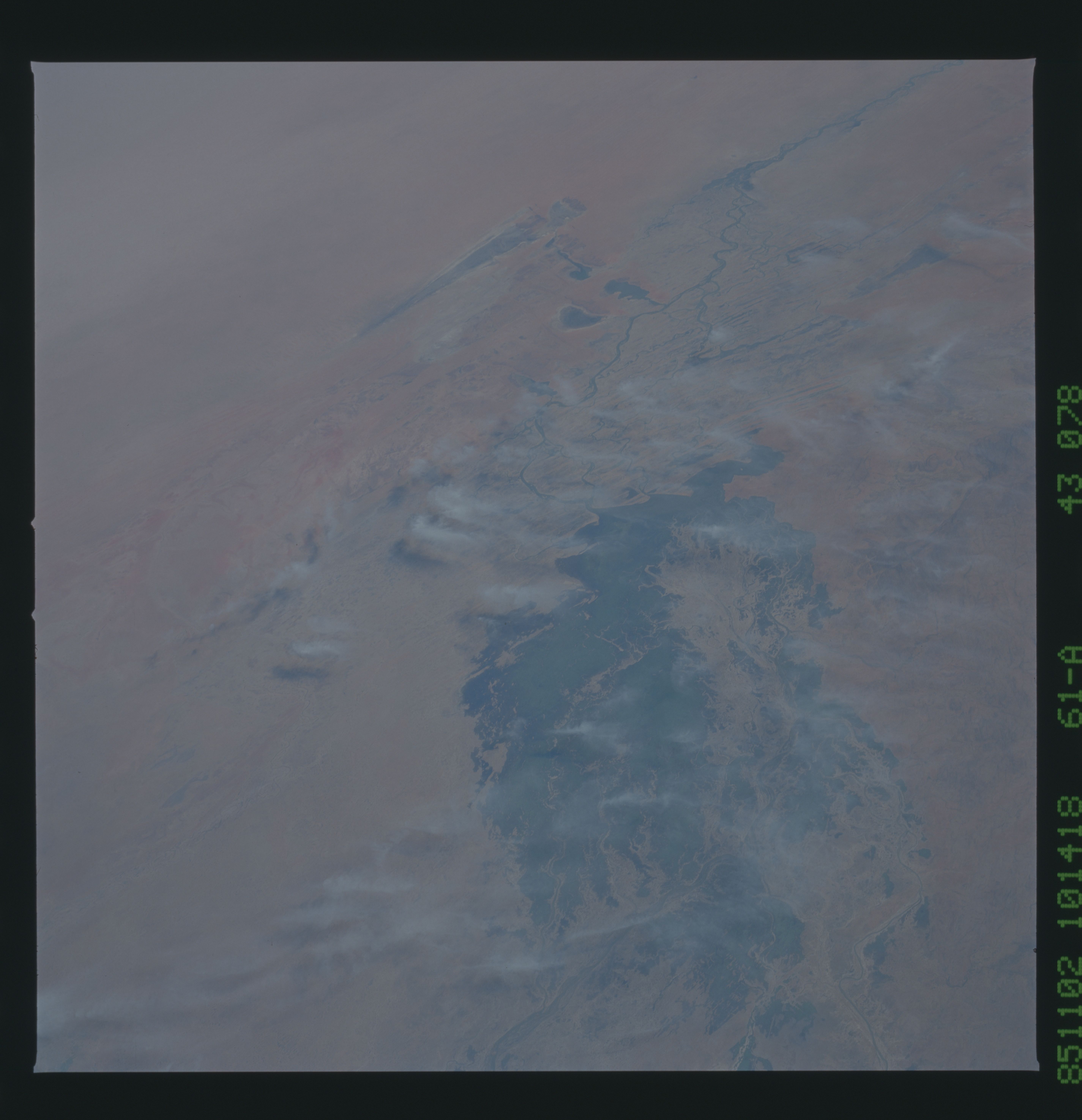 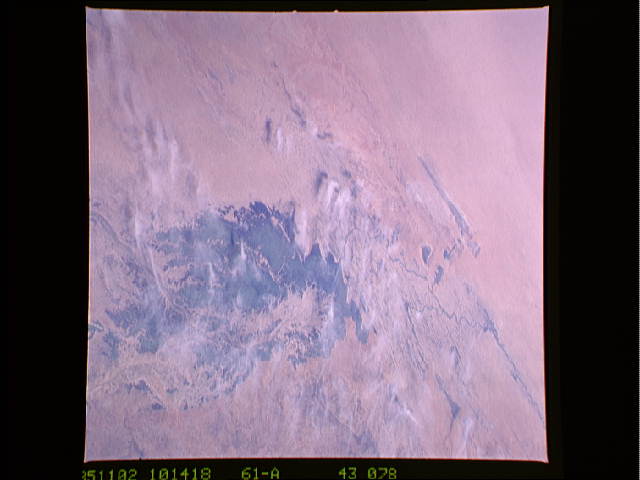 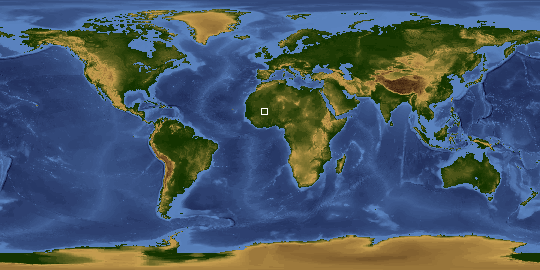 Other options available:
Download Packaged File
Download a Google Earth KML for this Image
View photo footprint information
Image Caption: STS61A-43-0078 Inland Delta of the Niger River, Mali October 1985
Most of the area shown in this synoptic, low-oblique photograph was once a large inland lake. During the ice age about 12 000 to 15 000 years ago, more rain fell in north Africa than falls now. As the ice retreated northward and the temperature warmed, the Sahara Desert in north Africa received less rain and became much drier. Over centuries, the conditions that now exist developed. The old lake silt affords fertile, black soils with a relatively high humus content (darker, productive areas). The Inland Delta area of the Niger River in central Mali is a very important agricultural region where large-scale, mechanized cultivation occurs because of effective irrigation practices. Even though devastating droughts have occurred during the last several decades, some ranches exist. This entire region falls climatically into the steppe or semiarid category, normally averaging between 10 and 20 inches (25 and 50 centimeters) of precipitation annually. The region is part of Africa known as the Sahel, a semiarid zone that extends across most of Africa between the southern margin of the arid Sahara Desert and the moist tropical savanna to the south. In this zone, chronic drought and desertification have contributed to famines during the decades from the 1960s through the 1980s. East-west trending, longitudinal sand dunes can be observed along the northeastern meanders of the Niger River as it flows gradually to the east-northeast. Orientation of the sand dunes has routed tributaries into a natural trellis irrigation system within the delta.