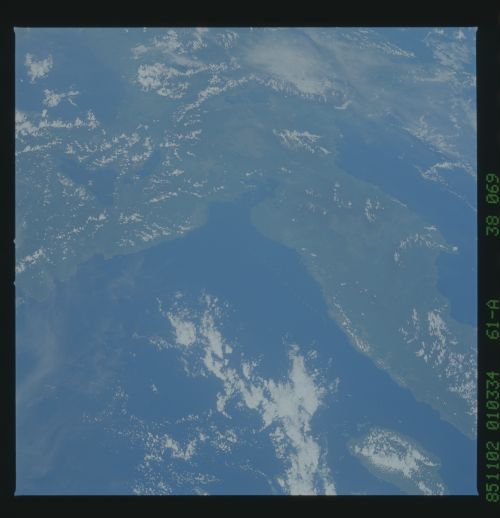 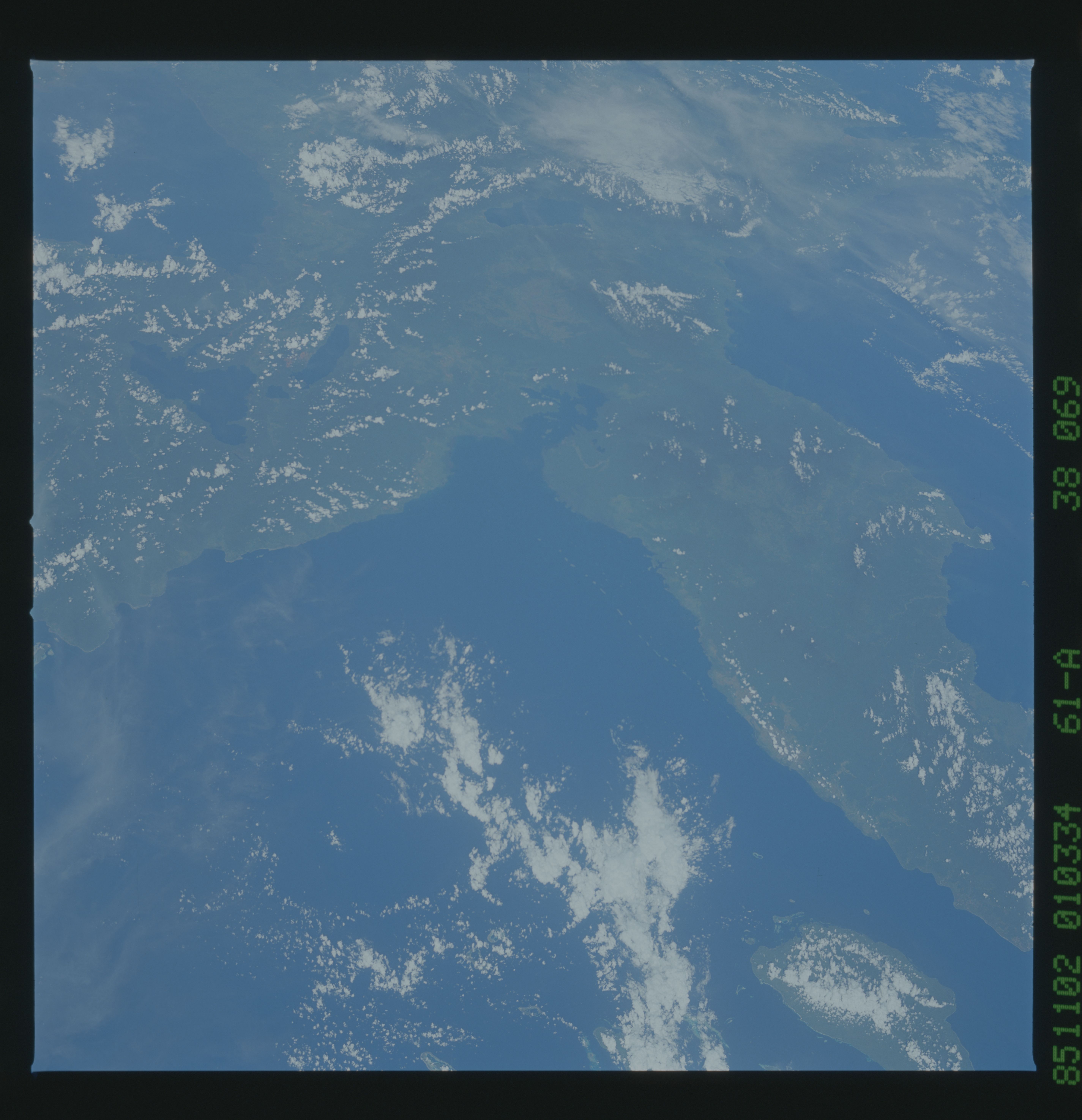 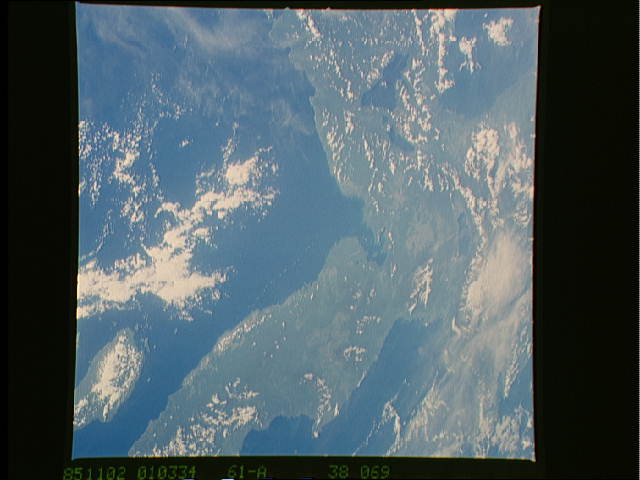 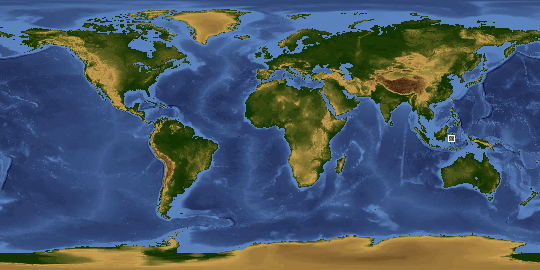 The eastern half of Sulawesi comprises mostly ophiolites and de-
formed sedimentary and volcanic rocks. The eastern arm (1) is al-
most all ophiolite: rocks from old sections of ocean crust. The
weathering products of these rocks are red, nutrient-poor soils.
The thick stands of tropical rainforest seen in the western part
of the island cannot grow on these soils. Two large lakes, Townti
and Mantano Lakes (4) can be seen on the southeast arm (2). The
scars near Mantano Lake (4) are nickel mines. The approximate
trace of the Mantano fault, which splits from the Palu fault in
central Sulawesi is outlined at (3). (61A-38-69)