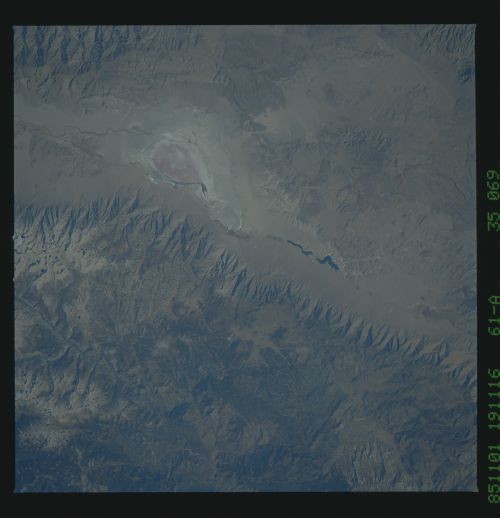 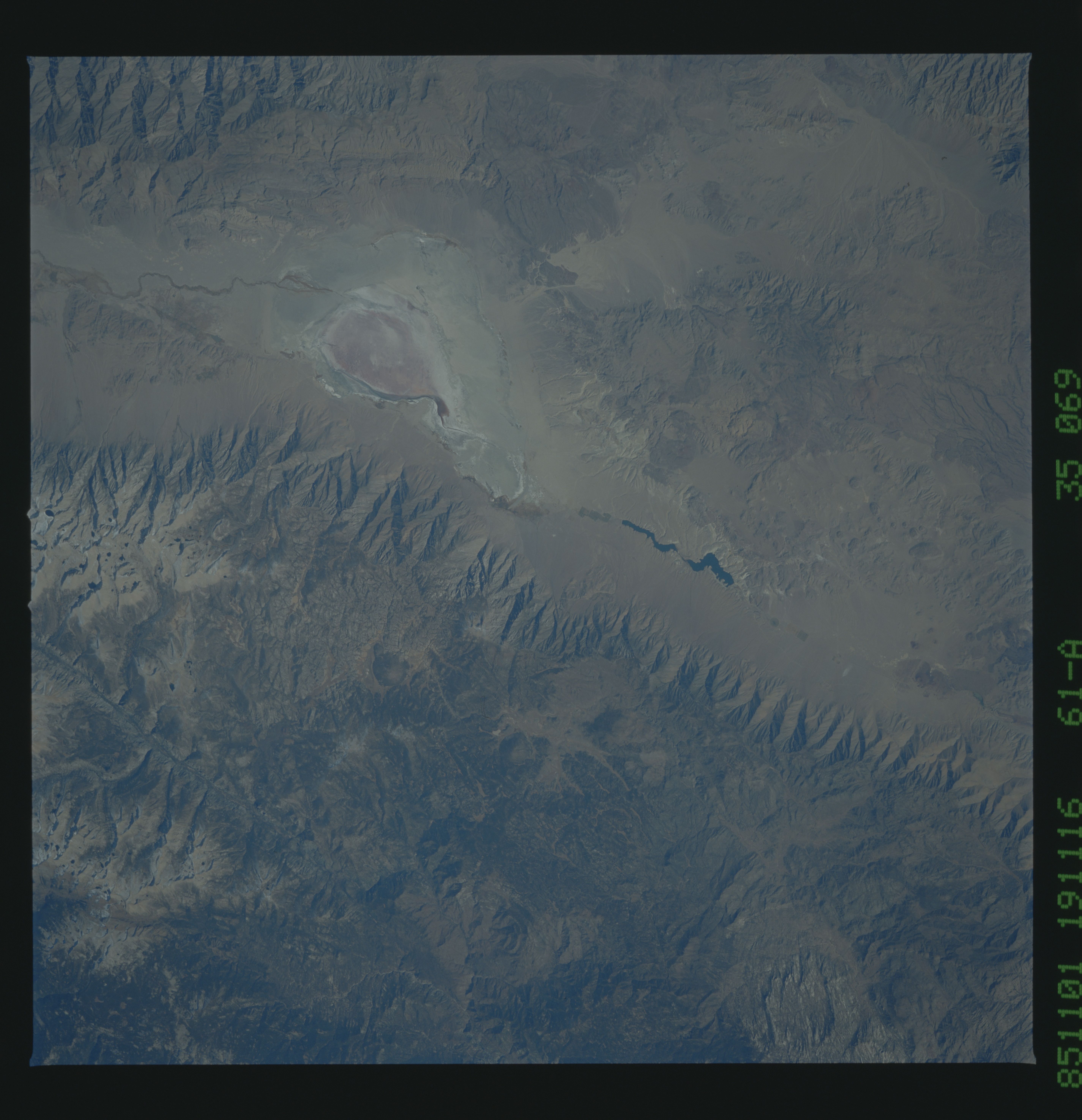 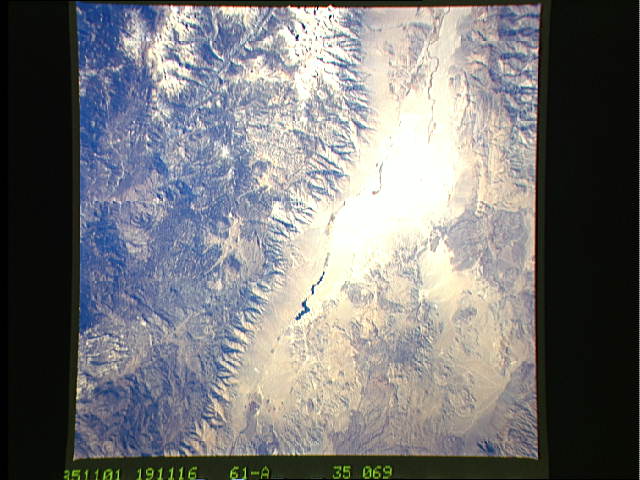 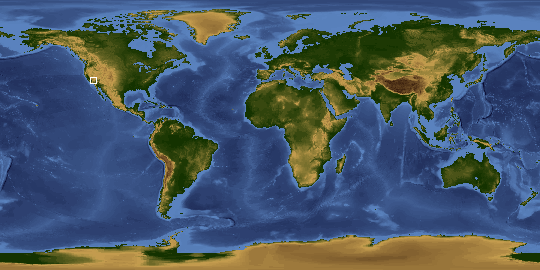 Other options available:
Download Packaged File
Download a Google Earth KML for this Image
View photo footprint information
Download a GeoTIFF for this photo
Image Caption: The Sierra Nevada are a showplace for glacial geomorphology, such
as Yosemite Valley and the Kern River Valley seen here at (1).
This valley is a fault which has been carved by glacial and river
erosion. The high Sierra are also dotted with small glacial
lakes (2). Mt. Whitney, the highest peaks in the lower 48 states,
is at the top of the photograph at (3). Large granite intrusions
(4) are the roots of old volcanoes (90-100 million years ago)
which formed this impressive mountain range. Younger volcanics
can be seen at (5). California's 1988-1989 drought is reflected
in these two photographs. Note dry peaksQ usually by this time
of year (October) the mountains have received some snowfall.
Owens dry lake (6) and the Owens River was once a productive
agricultural area, but fertilization and irrigation made the val-
ley into a salt pan.