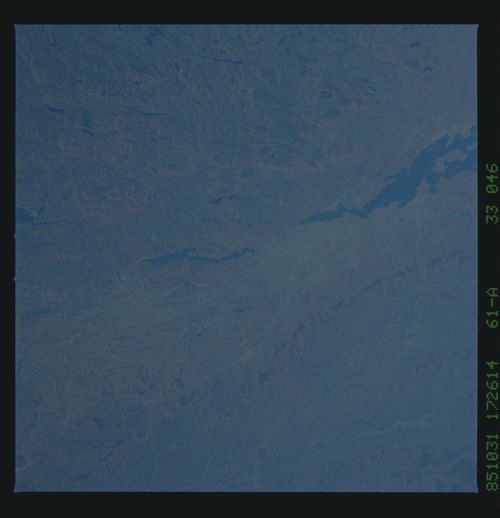 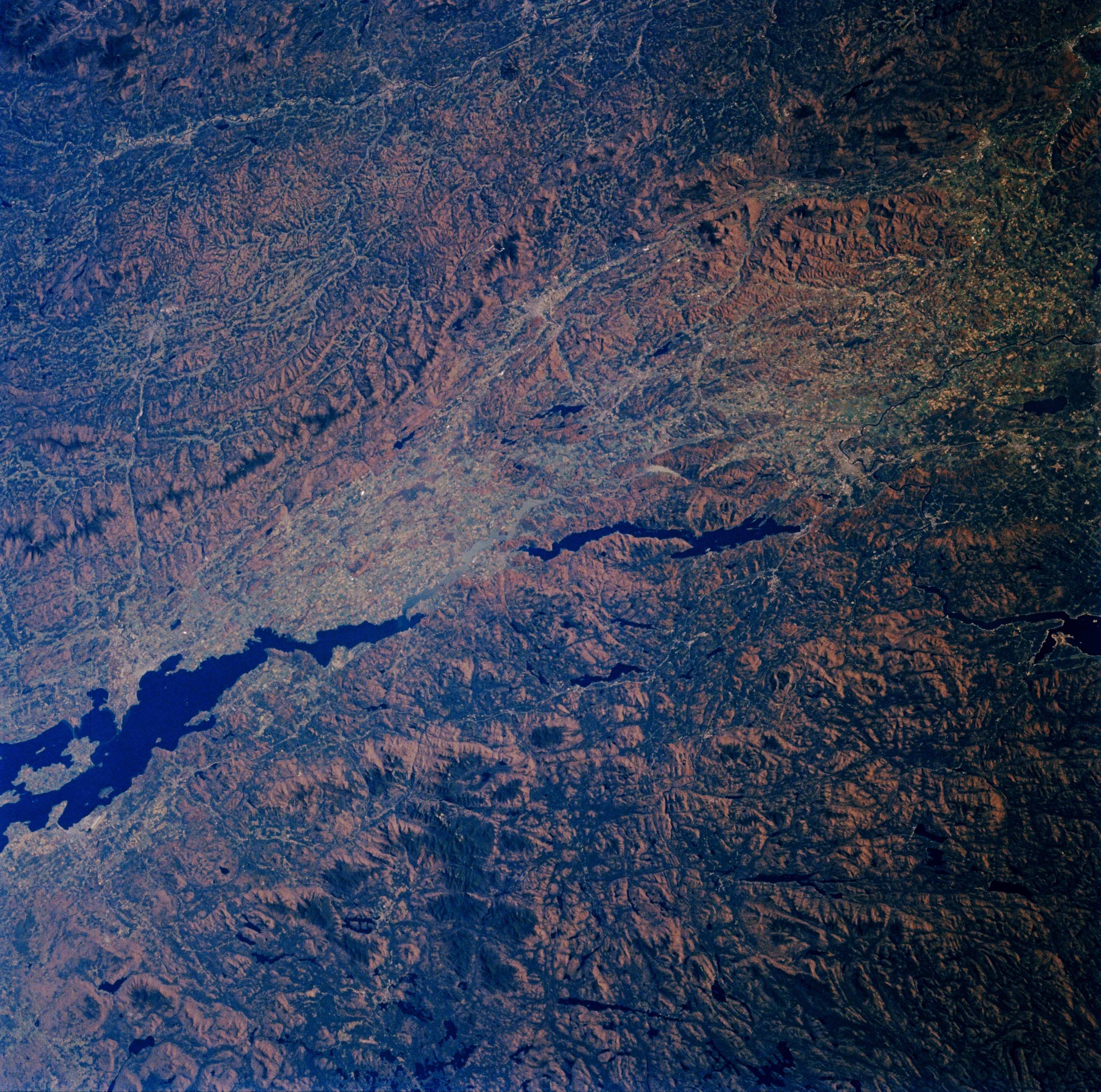 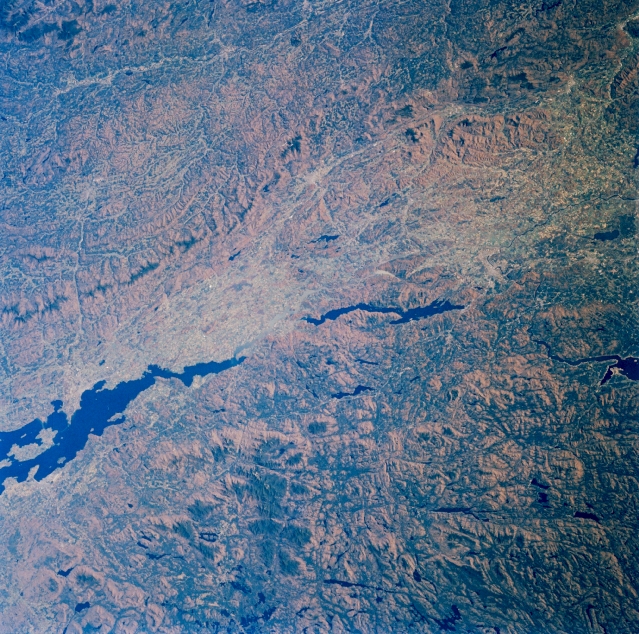 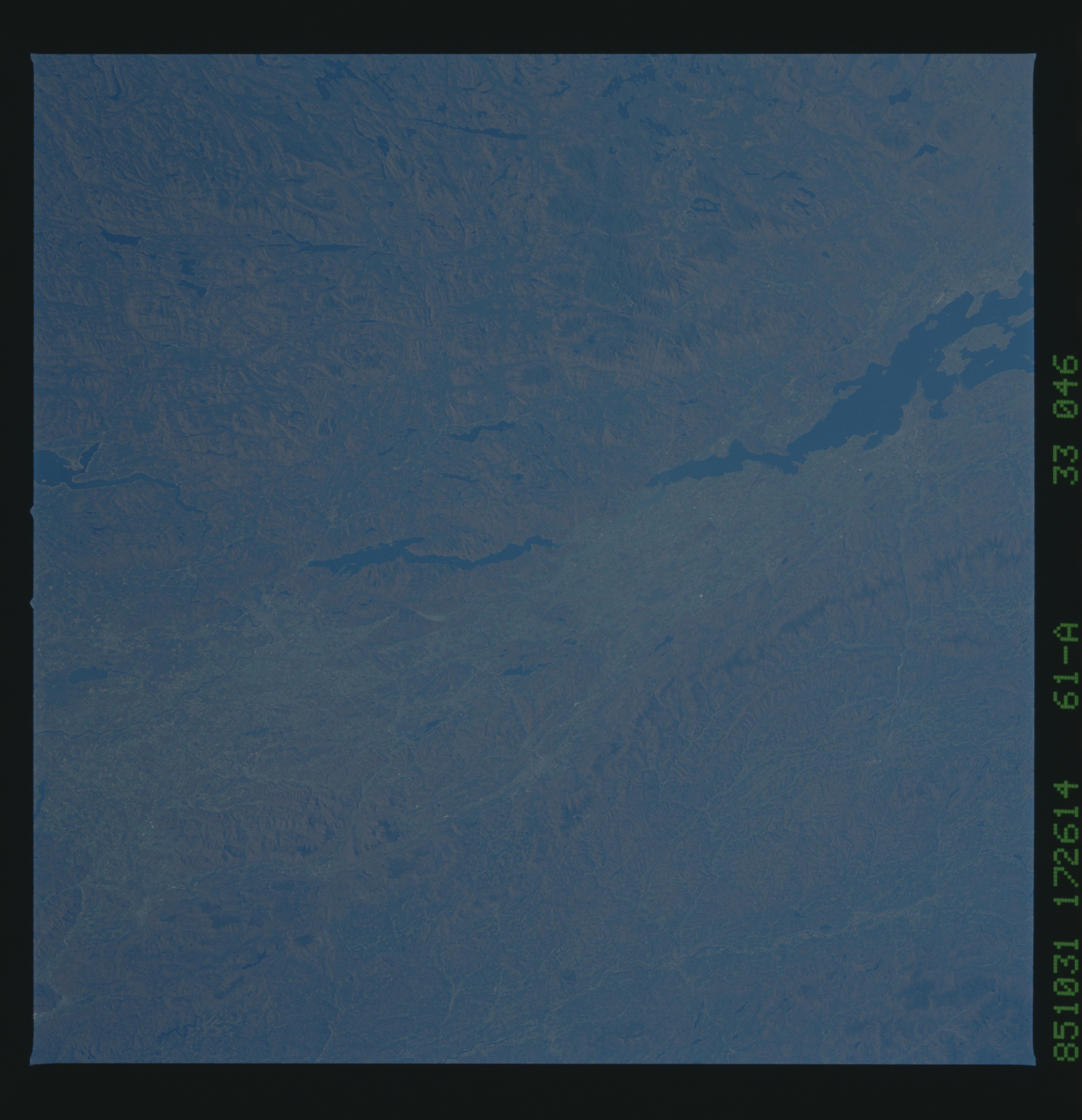 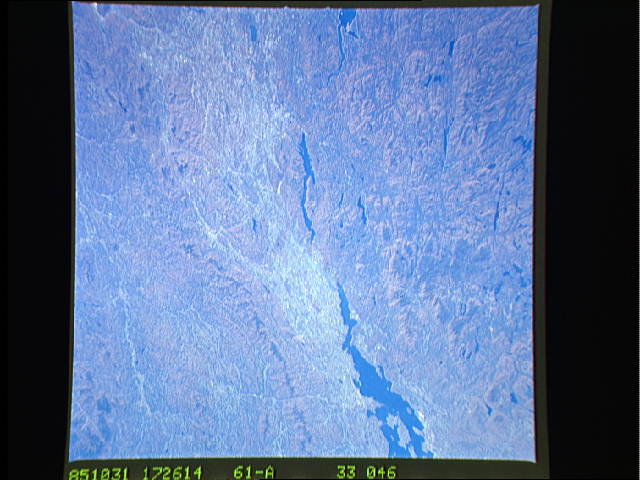 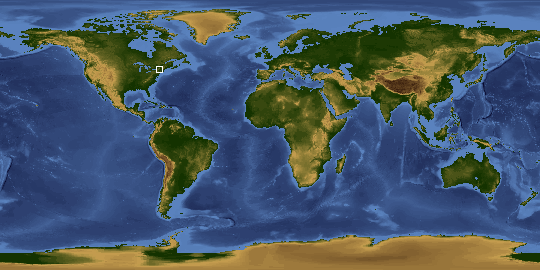 Other options available:
Download Packaged File
Download a Google Earth KML for this Image
View photo footprint information
Download a GeoTIFF for this photo
Image Caption: STS61A-33-0046 Adirondack Mountains, Lake Champlain, and Green Mountains, New York and Vermont, U.S.A. November 1985
This east-southeast-looking, low-oblique photograph captures the southern half of Lake Champlain (midway between bottom left and left center) and the Lake Champlain Plain, which separates the Adirondack Mountains (lower half) of New York and the Green Mountains (upper half) of Vermont. Composed of some of the oldest rocks in North America, the Green Mountains of Vermont, a range of the Appalachians and a year-round resort and recreational area, have low, rounded peaks; fertile valleys; and many streams. Lake George, the center of a large resort and recreational region in the foothills of the Adirondacks, is 33 miles (53 kilometers) long and 1 to 3 miles (1 to 5 kilometers) wide. The lake and surrounding area were the location of many battles of the French and Indian War and the American Revolution.