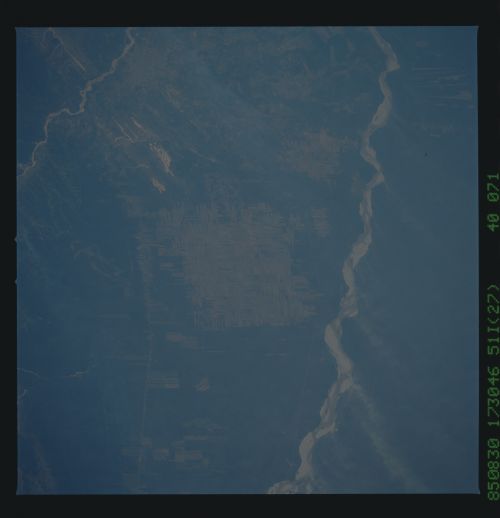 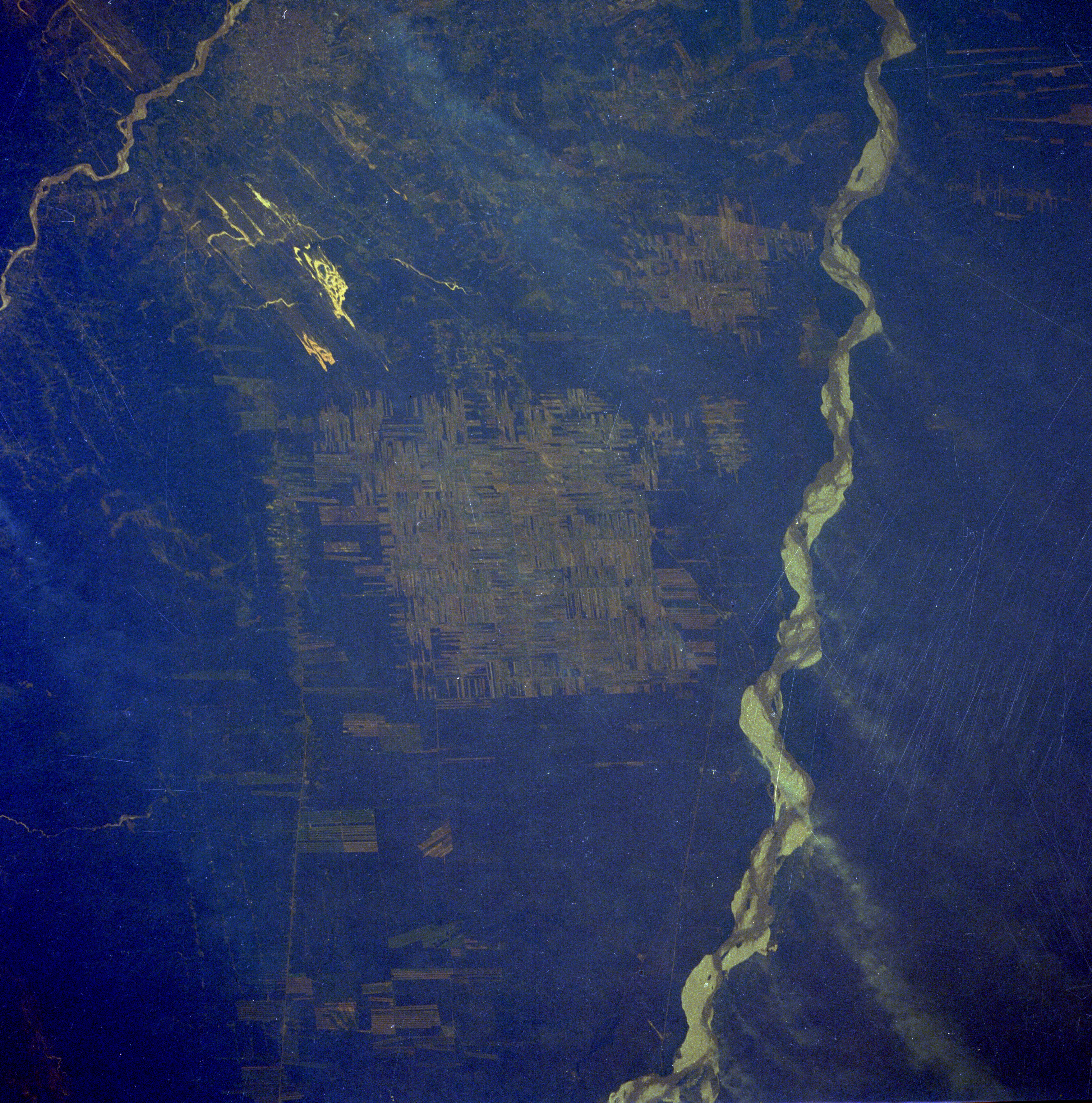 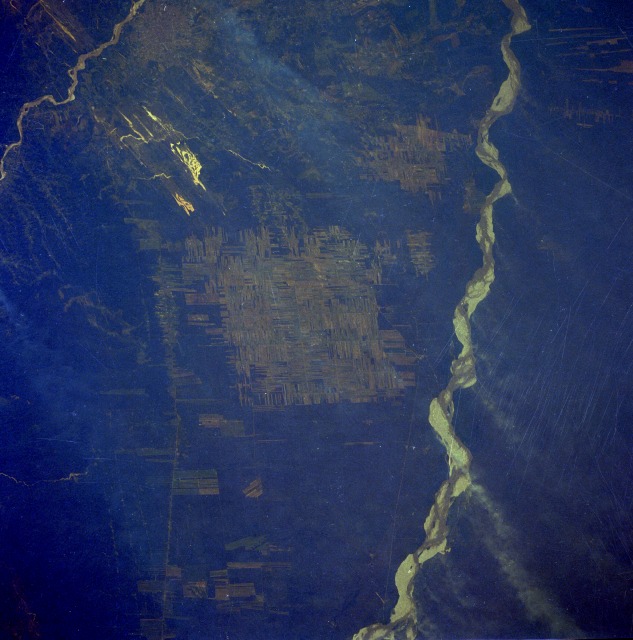 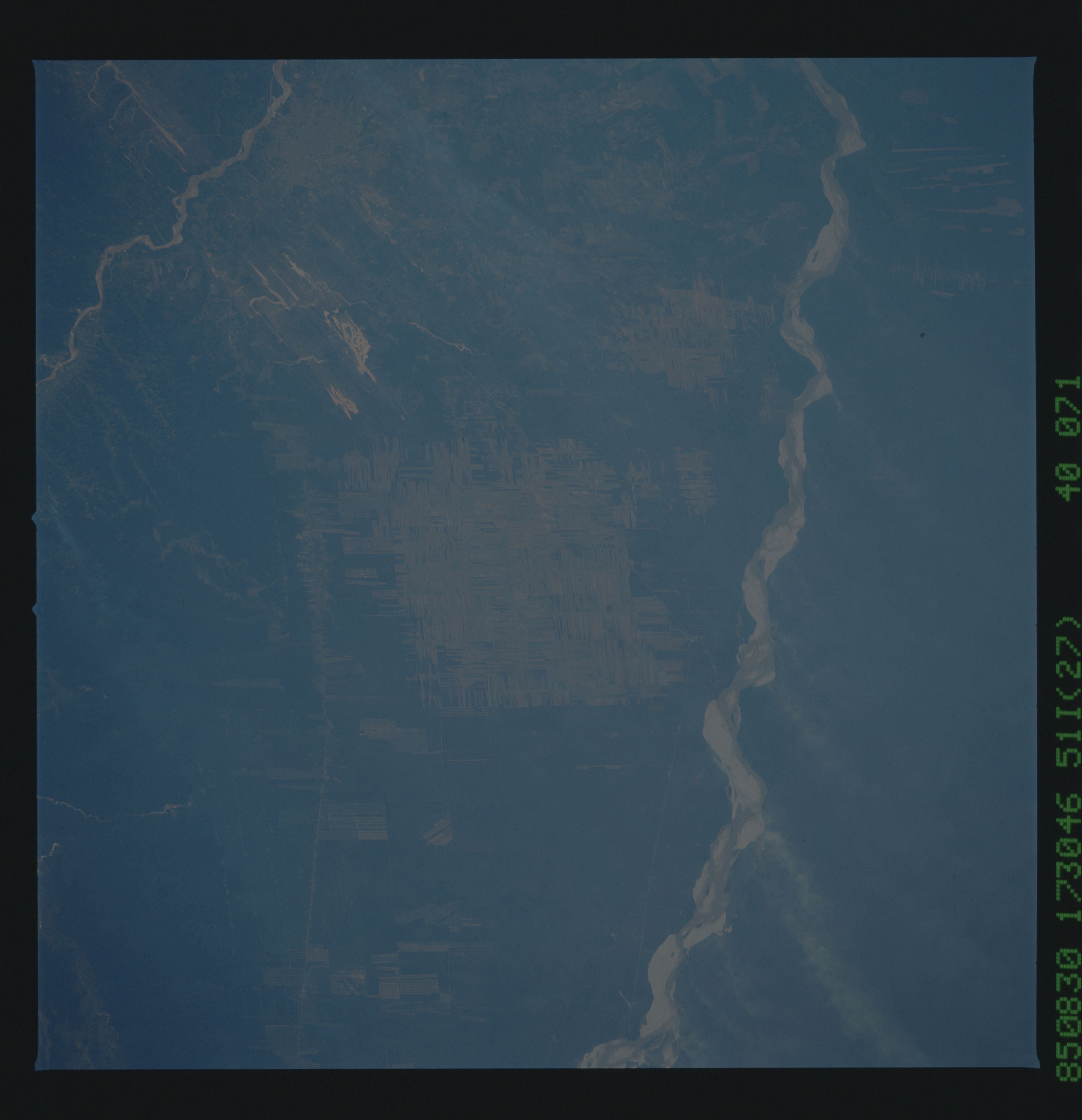 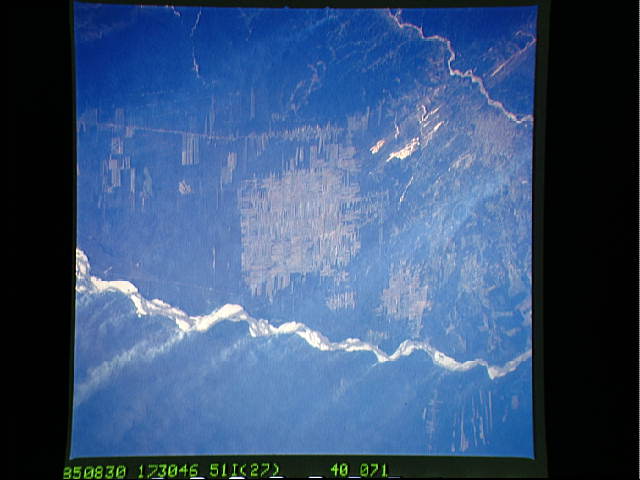 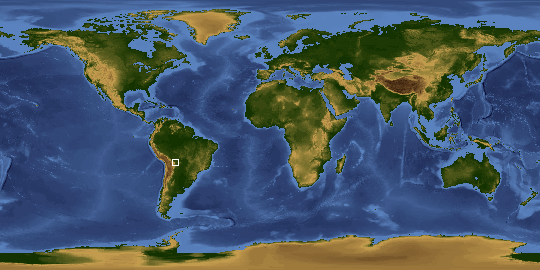 Other options available:
Download Packaged File
Download a Google Earth KML for this Image
View photo footprint information
Download a GeoTIFF for this photo
Image Caption: STS51I-40-0071 Rio Grande, Bolivia September 1985
This near-vertical photograph of a rural landscape near Bolivia's second largest city of Santa Cruz is viewed through a hazy atmosphere. Santa Cruz, with a population of more than 500 000, is barely visible on the east side of the Rio Piray (near the northwestern corner of the photograph). To the west, the rugged foothills of the Andes Mountains begin their dramatic rise in elevation (not shown in this photograph). Southeast-trending patterns of sand and soil that have blown from the much larger, north-flowing Rio Grande are discernible on the eastern edge of the photograph. East of the Rio Grande an extensive area of undeveloped swamp and scrub woodlands extends to the Paraguay border; however, the lowland plain of east-central Bolivia shows extensive cultivated field patterns (center of the photograph) that probably provide commercial agricultural products. The very narrow, north-south-oriented features are railroads, pipelines, and highways that connect this region with the southern frontier of Bolivia. The northwest-southeast alignment of the highly reflective surfaces south and west of Santa Cruz are nonvegetated sand dunes that probably formed during an arid period.