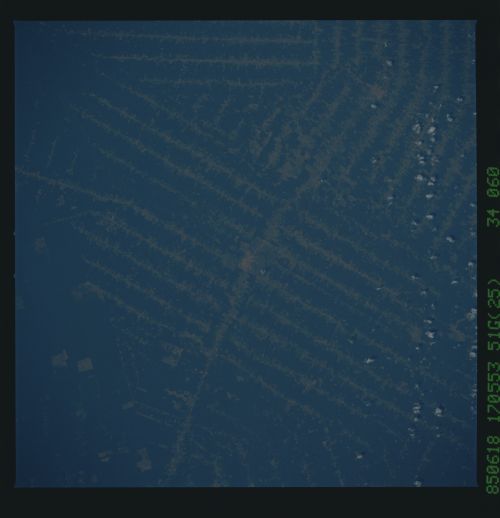 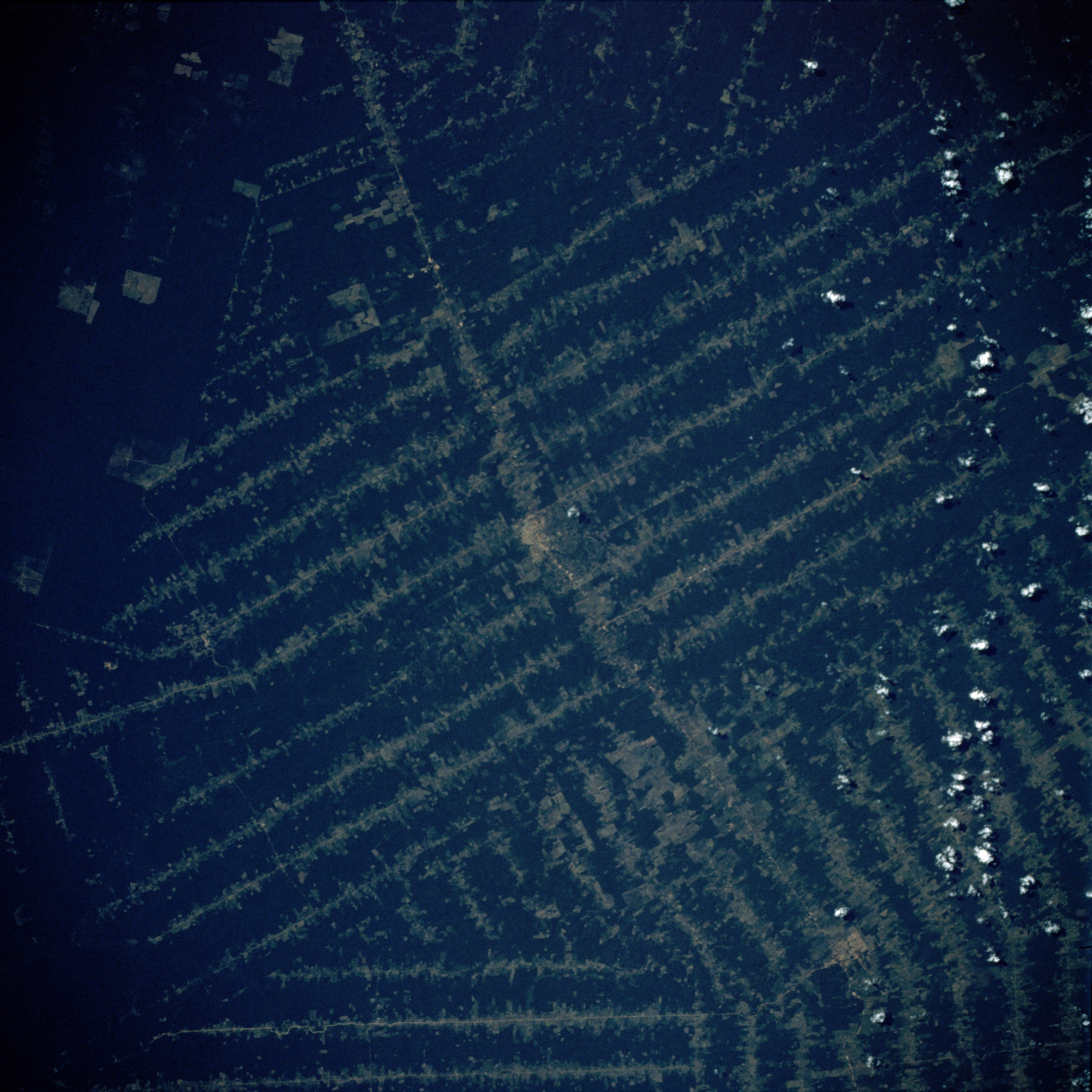 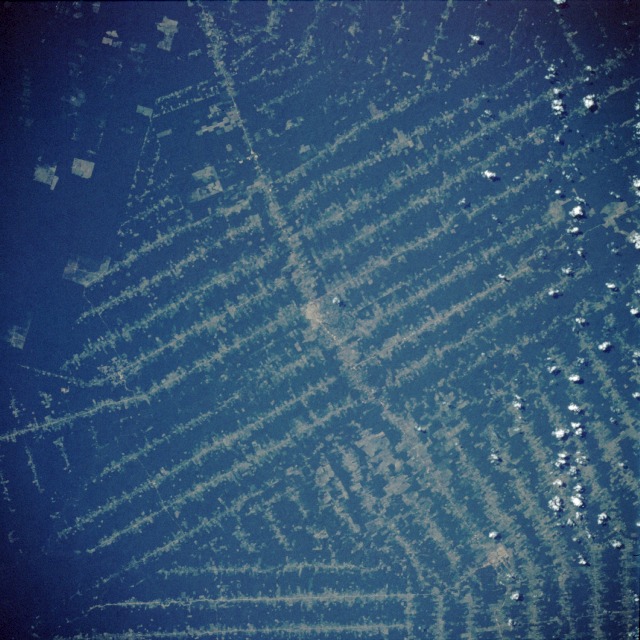 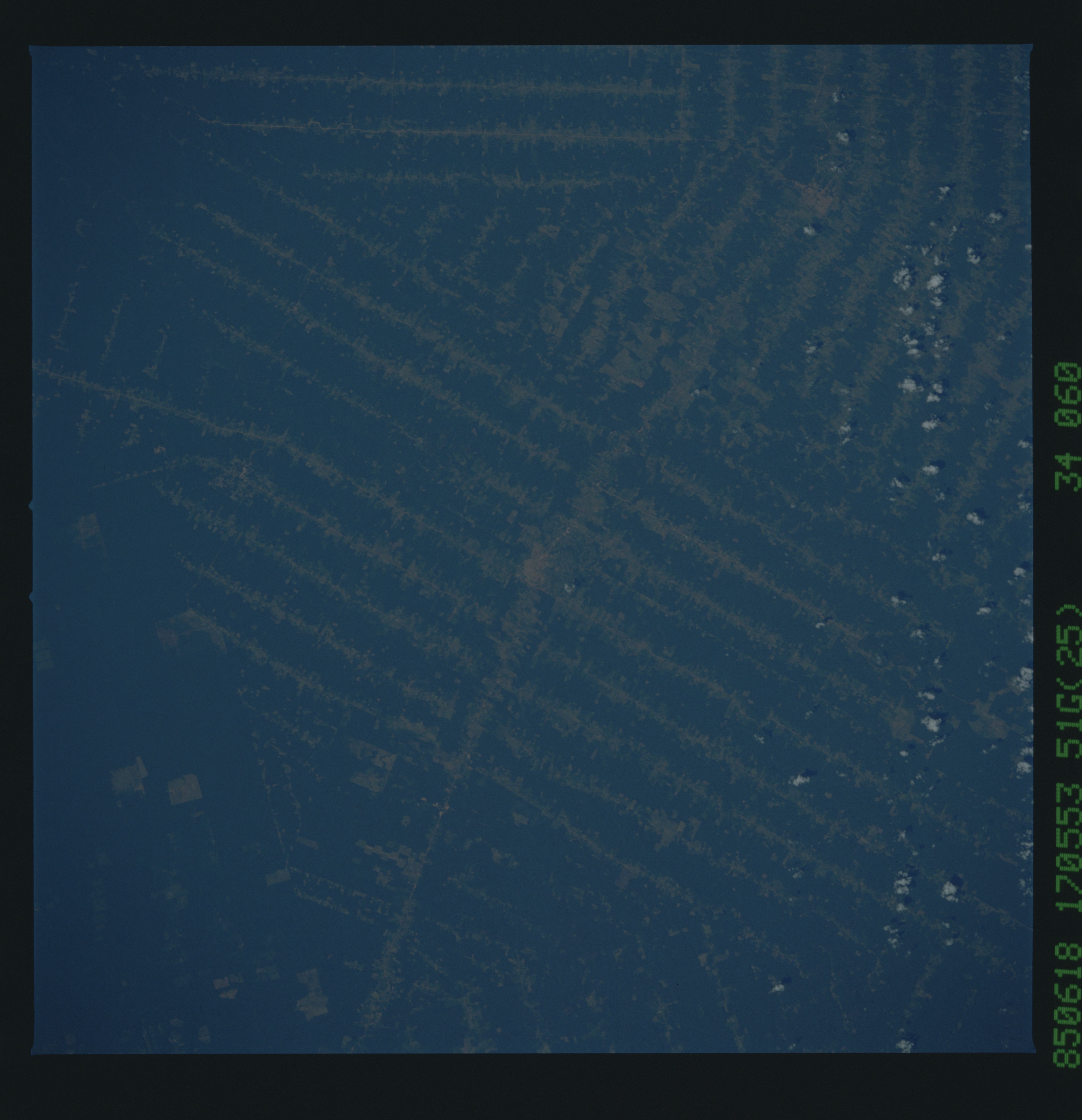 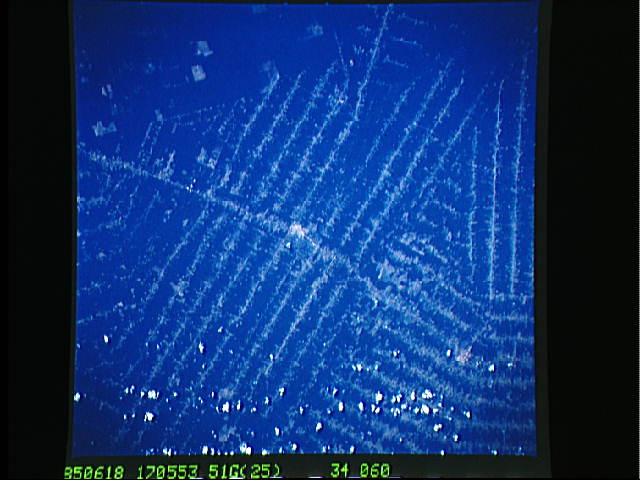 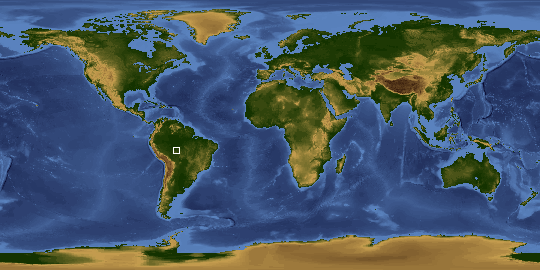 Other options available:
Download Packaged File
Download a Google Earth KML for this Image
View photo footprint information
Image Caption: STS51G-034-0060 Rondonia, Brazil June 1985
Worldwide destruction of tropical rain forests has been under way for several decades. Nowhere has this destruction surpassed the deforestation of parts of the southern Amazon River Basin. The Brazilian state of Rondonia, which borders Bolivia, has been especially hard hit. This photograph shows the unique Brazilian pattern of clearing land only along transportation routes. Land clearings in the southern Amazon Basin usually radiate out in a perpendicular pattern from streams or roads. The clearings usually have a "herringbone" appearance. While the spacing of the perpendicular roads or tracts can vary, most of the intervals between these roads are 2 to 3 miles (4 to 5 kilometers). Photographs of the same geographic area collected on different dates provide information on changes that have occurred; for example, road clearings, slash and burn activities, and field pattern sizes. (Compare the clear-cut areas in this photograph with 1992 photograph STS-046-078-0026 taken 7 years later showing the clear-cut areas beginning to coalesce. Two small urban areas are on each photograph, but only one of the urban areas is common to both.)