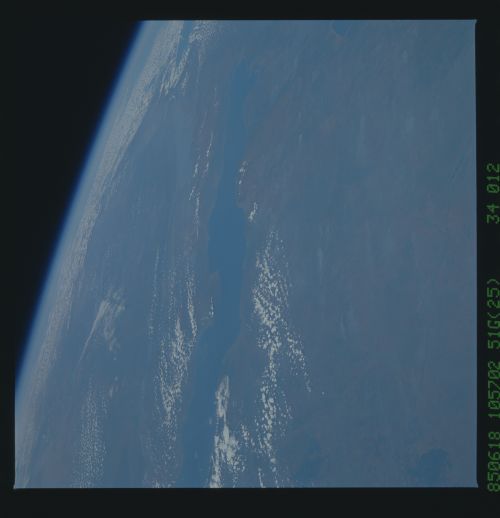 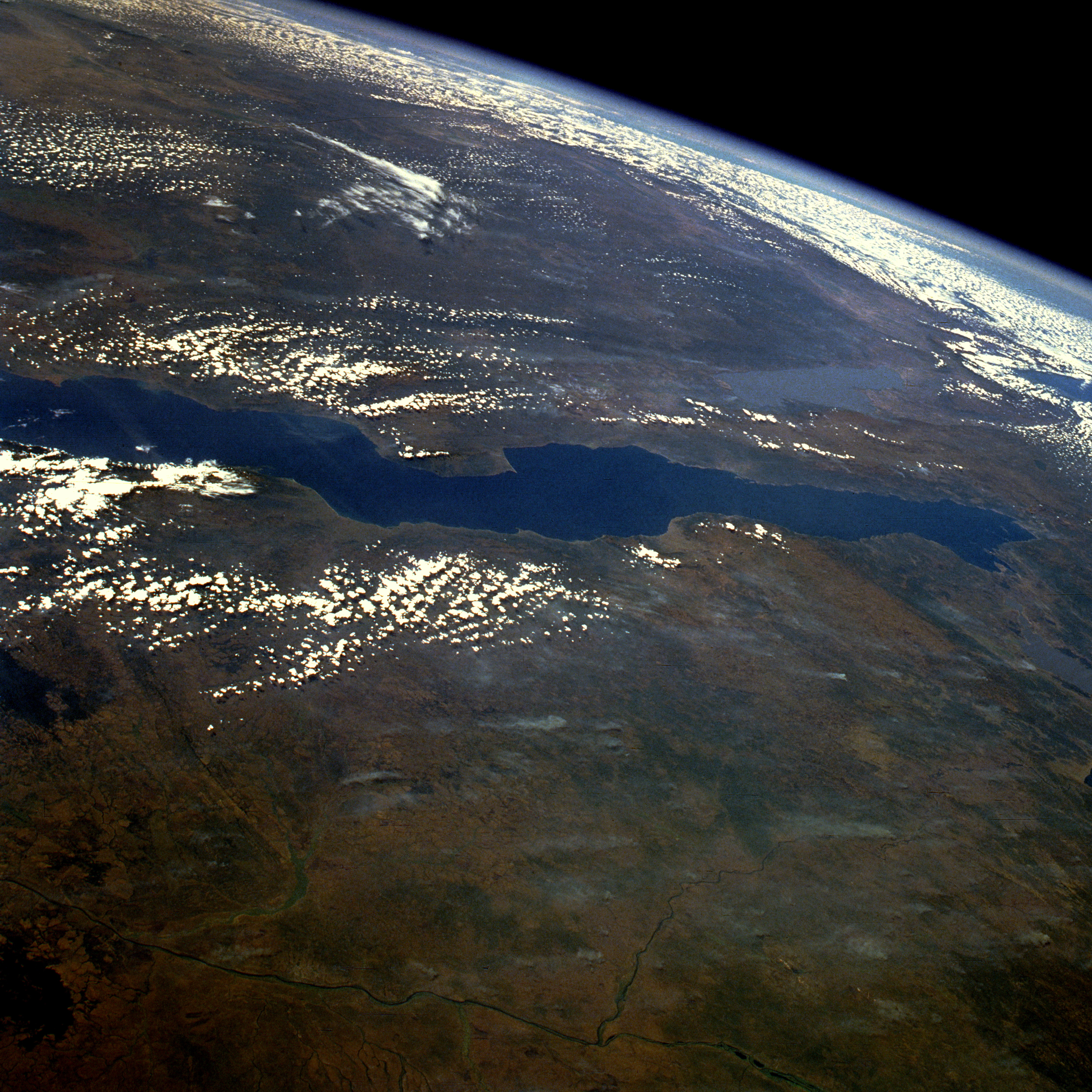 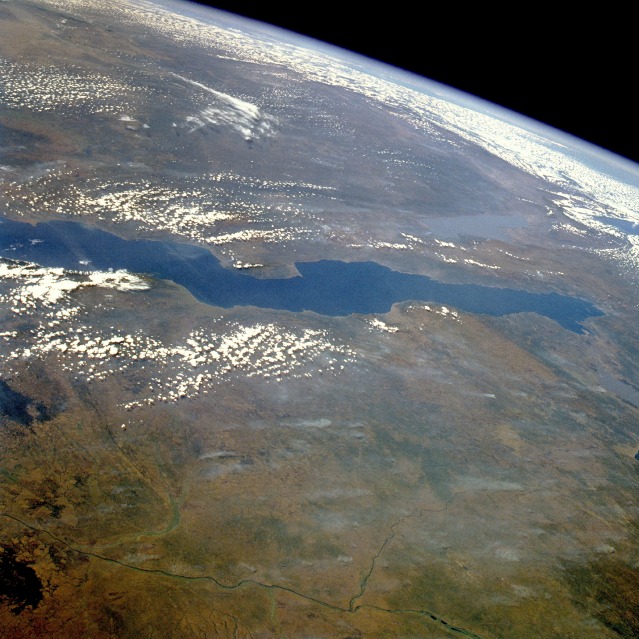 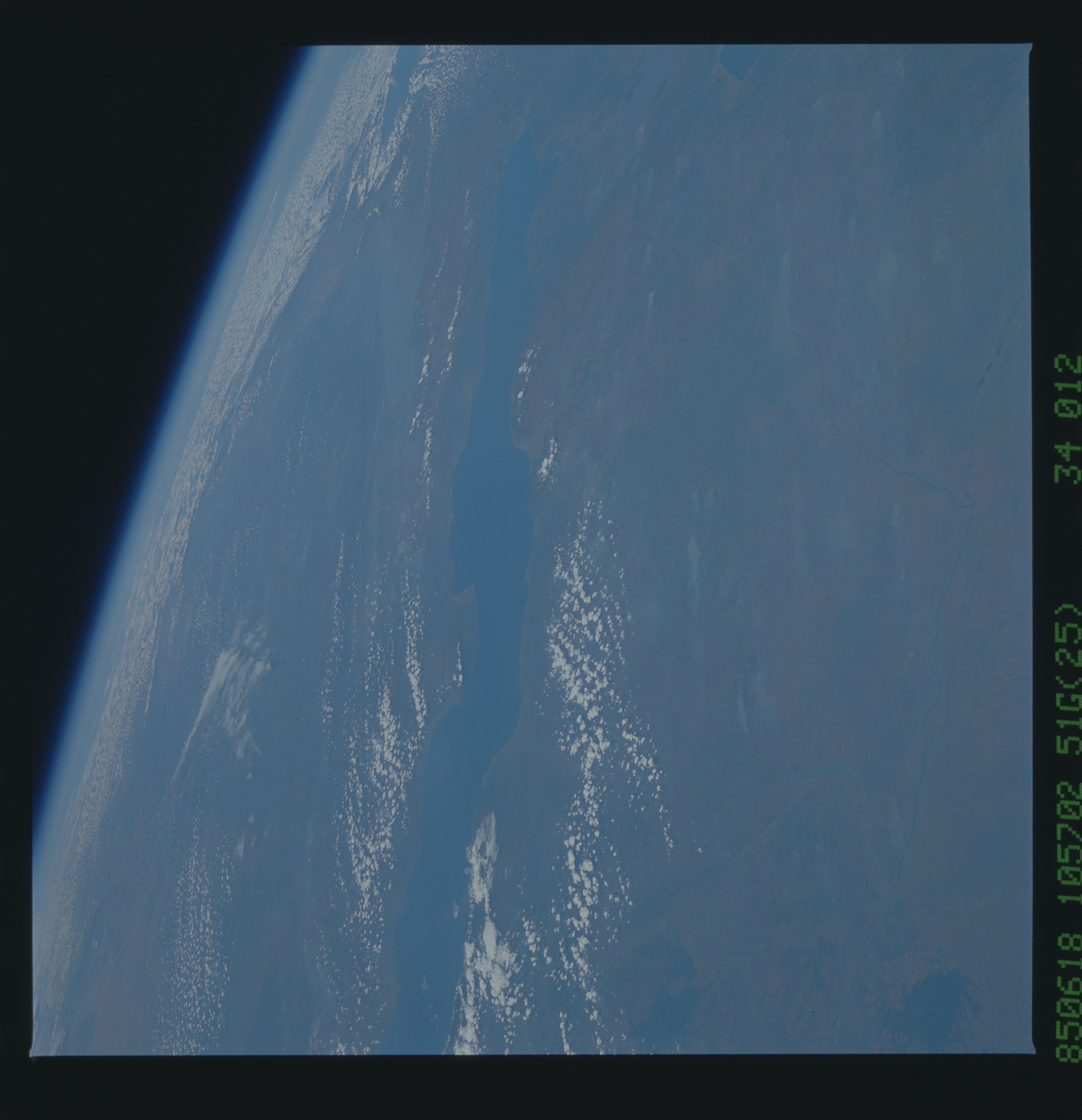 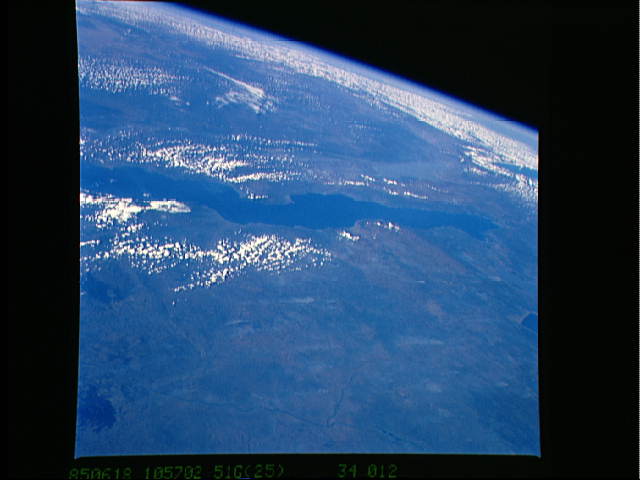 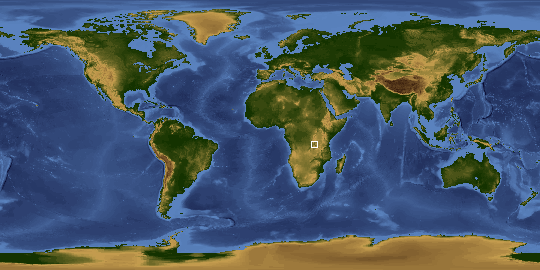 Other options available:
Download Packaged File
Download a Google Earth KML for this Image
View photo footprint information
Image Caption: STS51G-034-0012 Lake Tanganyika, Tanzania, Zaire, and Zambia June 1985
This east-looking, high-oblique photograph features Lake Tanganyika--the second deepest freshwater lake in the world with a maximum depth of 4710 feet (1436 meters) and the longest lake in the world, stretching 410 miles (660 kilometers) north to south. Its width varies between 10 and 45 miles (16 and 72 kilometers). The lake, bordered on either side by steep slopes, fills a long narrow trough in the western arm of Africa's Great Rift Valley and supports a thriving fishing industry. The lake basin, a landform in which a block of the Earth's crust dropped down between blocks that rise on either side, began to form nearly 25 million years ago as part of the Great Rift Valley. On the lake's west shore is Tanganyika's sole outlet, the Lukuga River, which is a tributary of the Zaire River (northwest portion of photograph). The Zaire River flows westward and empties into the Atlantic Ocean. Other features in the photograph are shallow, silt-laden Lake Rukwa to the east of the lake and the extreme northern tip of Lake Nyasa near the southeast horizon.