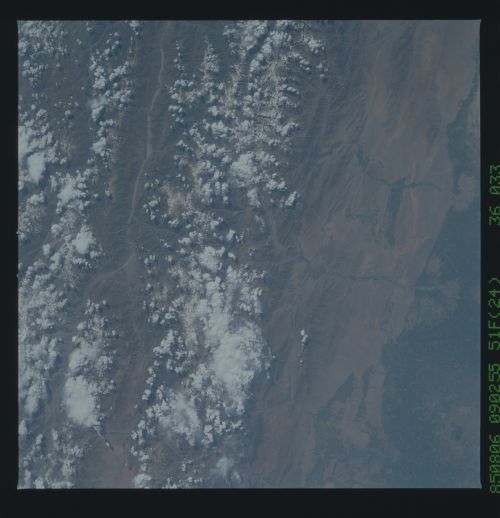 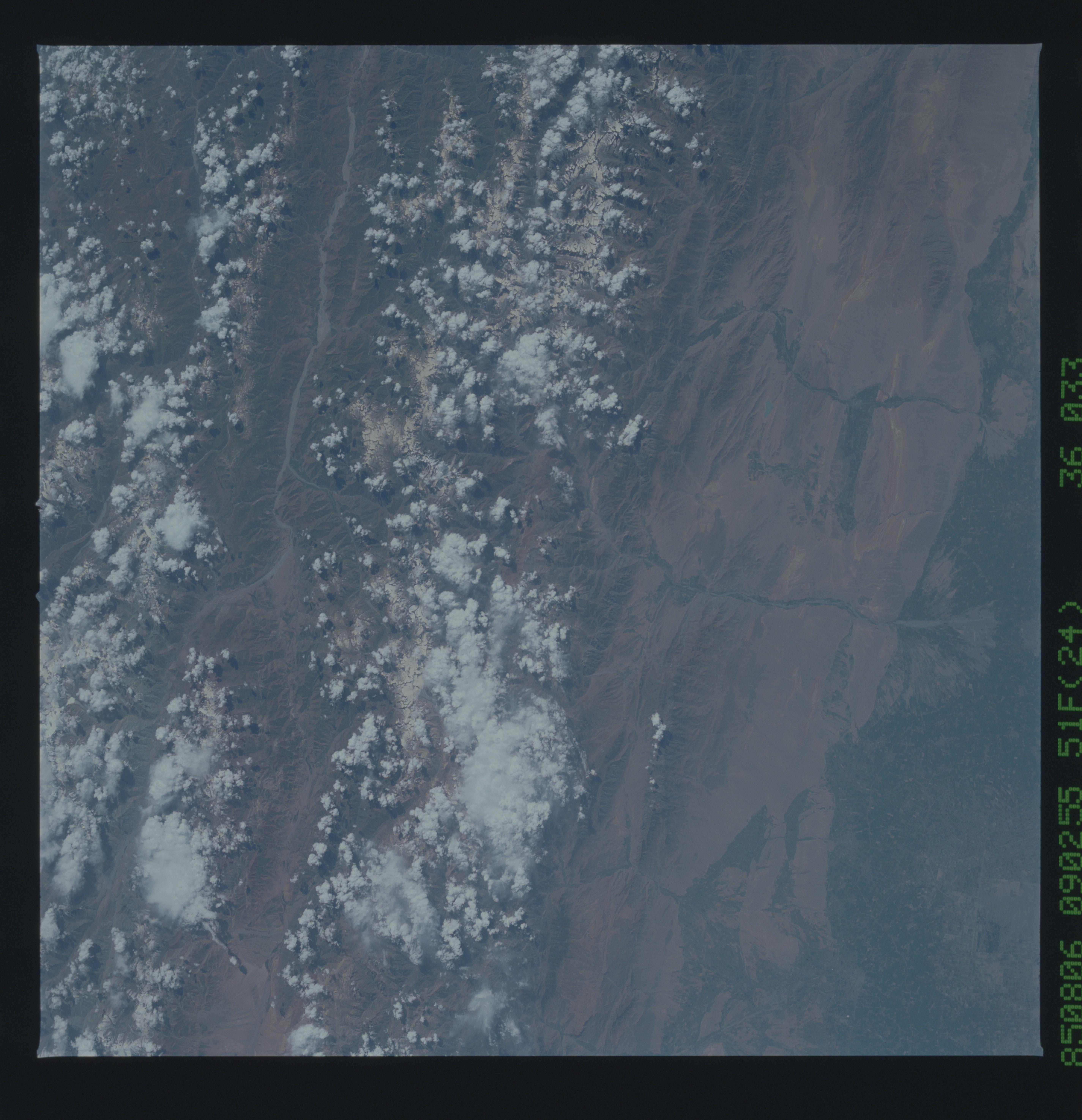 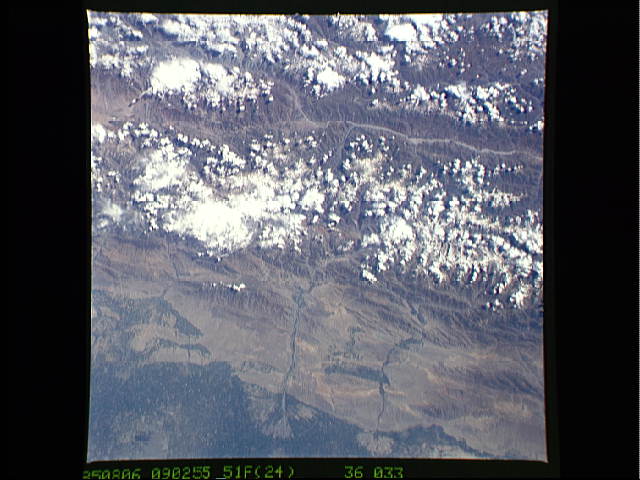 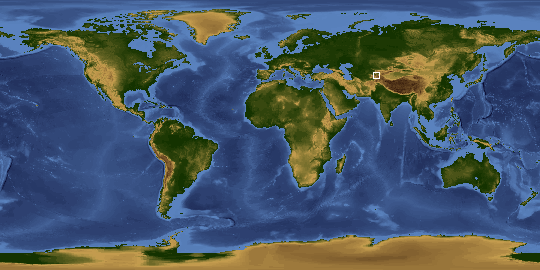 Other options available:
Download Packaged File
Download a Google Earth KML for this Image
View photo footprint information
Image Caption: STS51F-36-33 and 34 Alluvial Fans, Northern Pamirs Numerous allavial
fans can be seen in this south-looking view, extending into the Syrdar
Ya River Valley of South Central Russia at the northern edge of the
Pamirs. Alluvial fans of this magnitude are located in valleys
thoughout the Hindu Kush, Pamir, and Karakoram Ranges. Not much is
known about alluvial fans, and photographs such as these will help
scientists to understand in more detail, their specific
characteristics. The cities of Margilan (1) and Fergana (2) are also
visible. Most of the higher ranges of the Pamirs, in this scene, are
under clouds. Lenin Peaks (3) at over 7100 meters is situated under
the clouds at the top left of the picture.