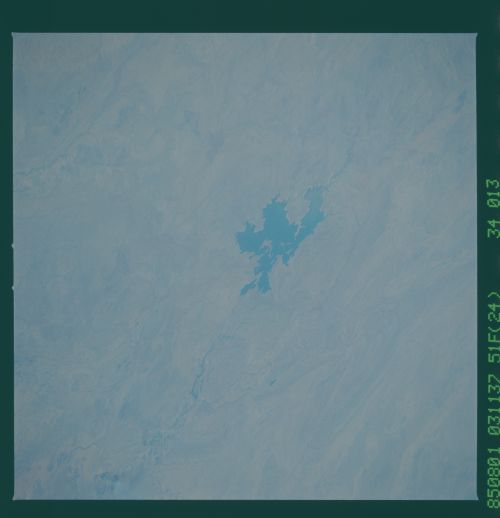 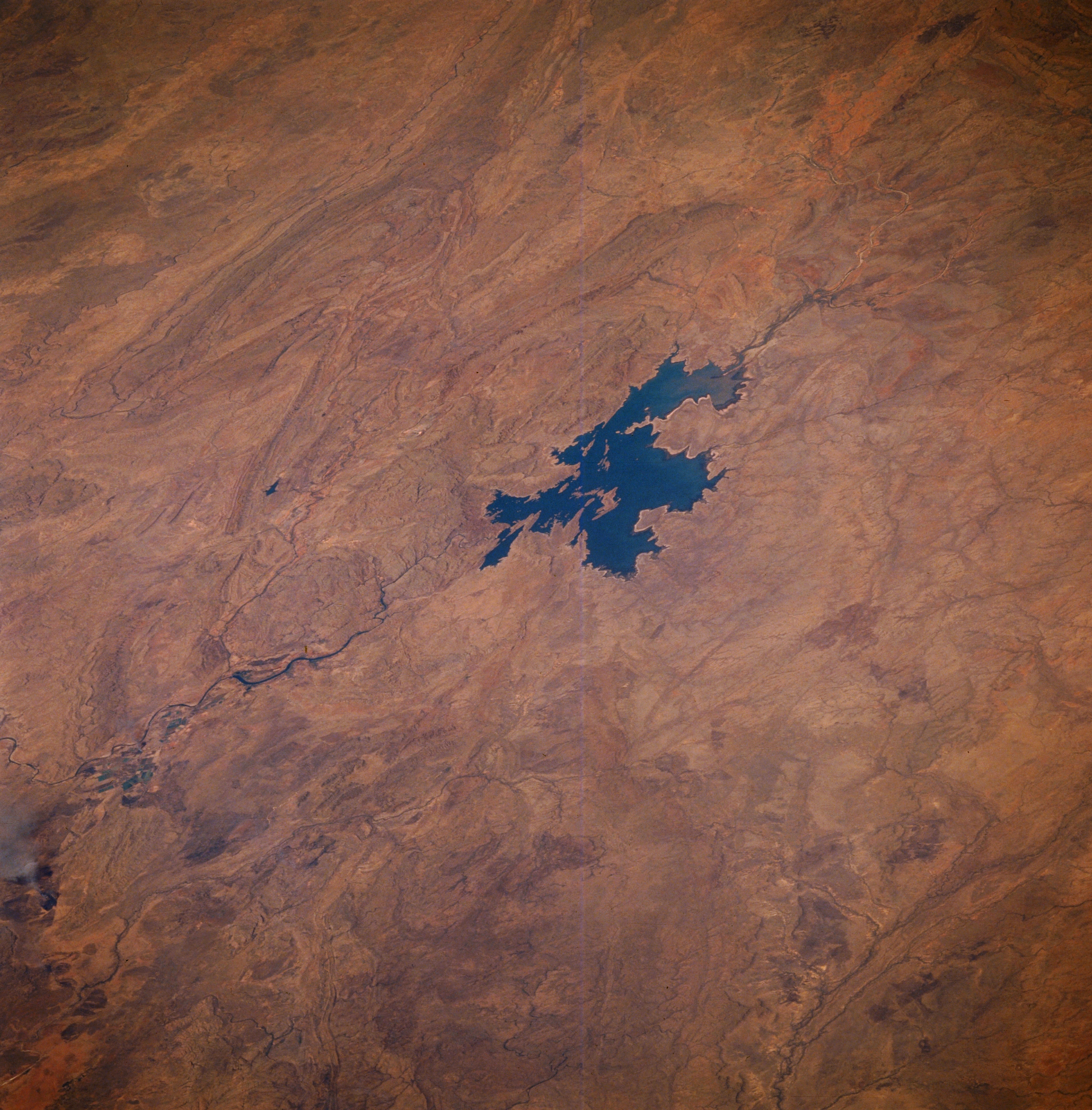 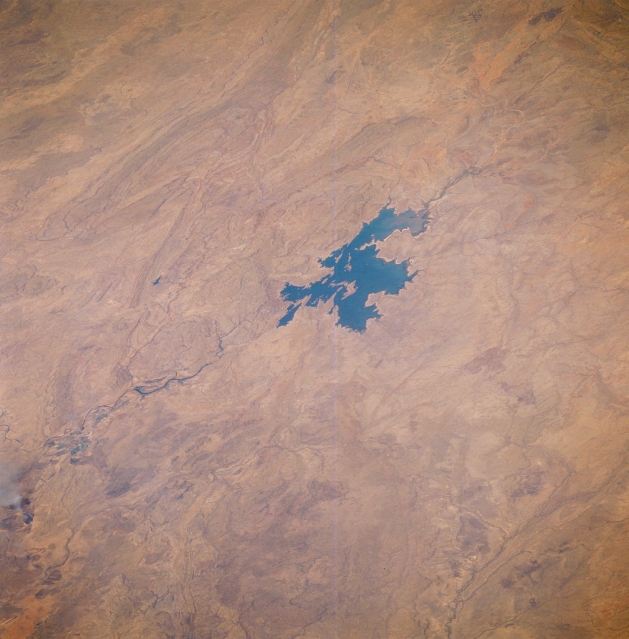 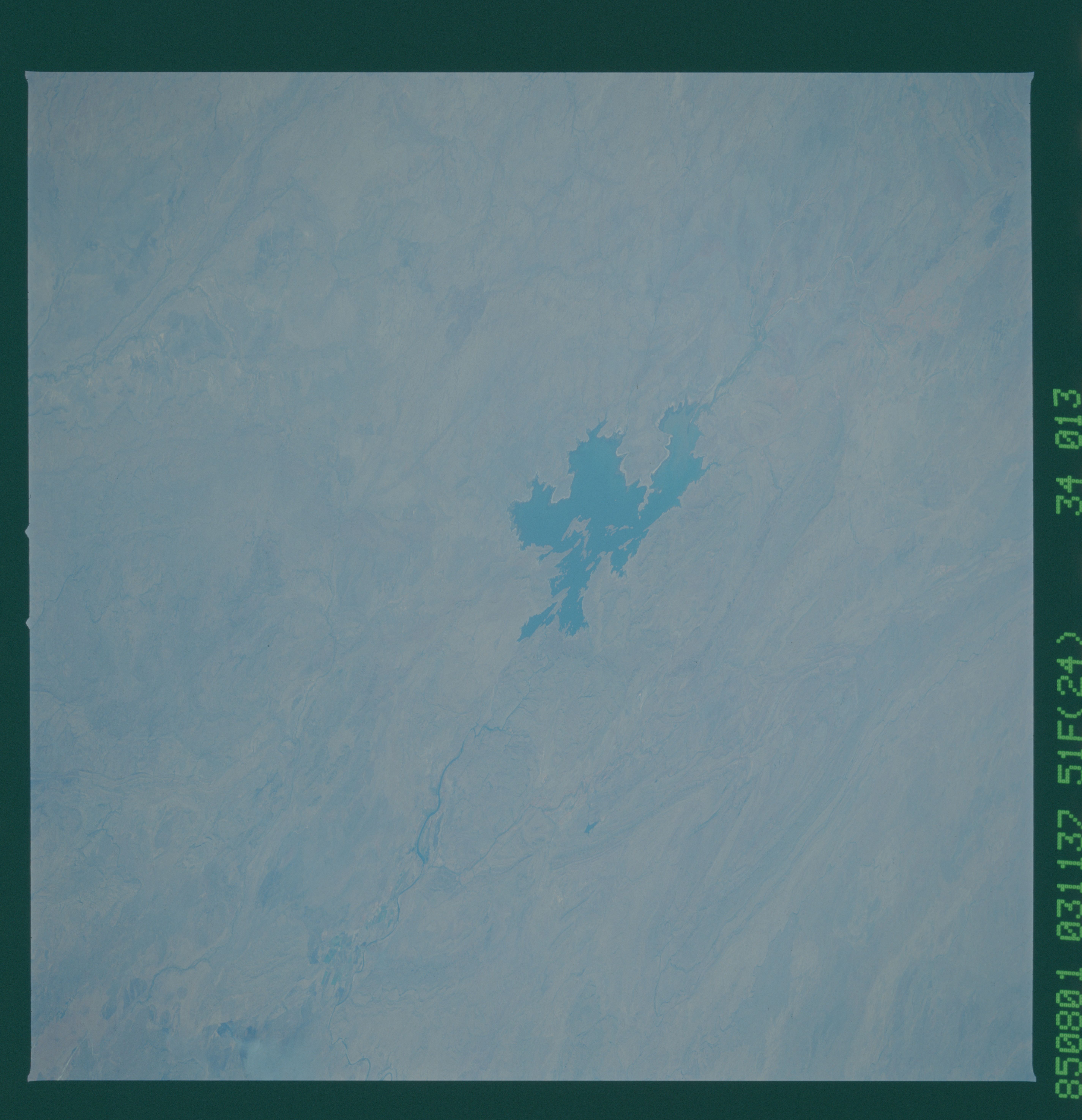 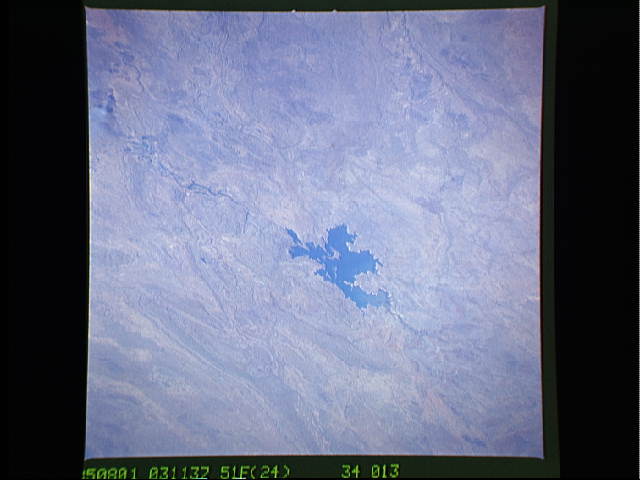 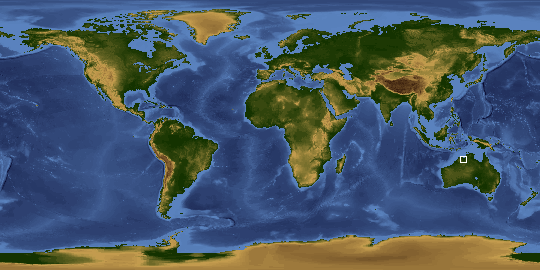 Other options available:
Download Packaged File
Download a Google Earth KML for this Image
View photo footprint information
Image Caption: STS51F-34-0013 Lake Argyle, Western Australia, Australia August 1985
Located on the Kimberley Plateau near the Western Australia, Northern Territory boundary, Lake Argyle is the largest man made lake in Australia. The main channel of the Ord River (dark, meandering feature) north of the lake is visible as it drains northward, eventually emptying into the Joseph Bonaparte Gulf (not in this image ). The Ord and Bow Rivers that flow into the southern end of the lake are difficult to discern. Low, folded mountains can be identified east and west of this river valley.