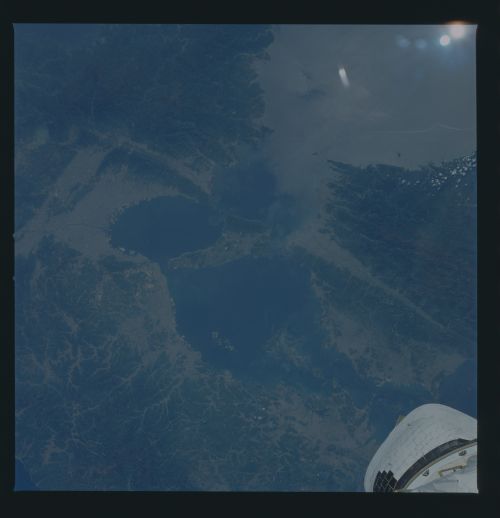 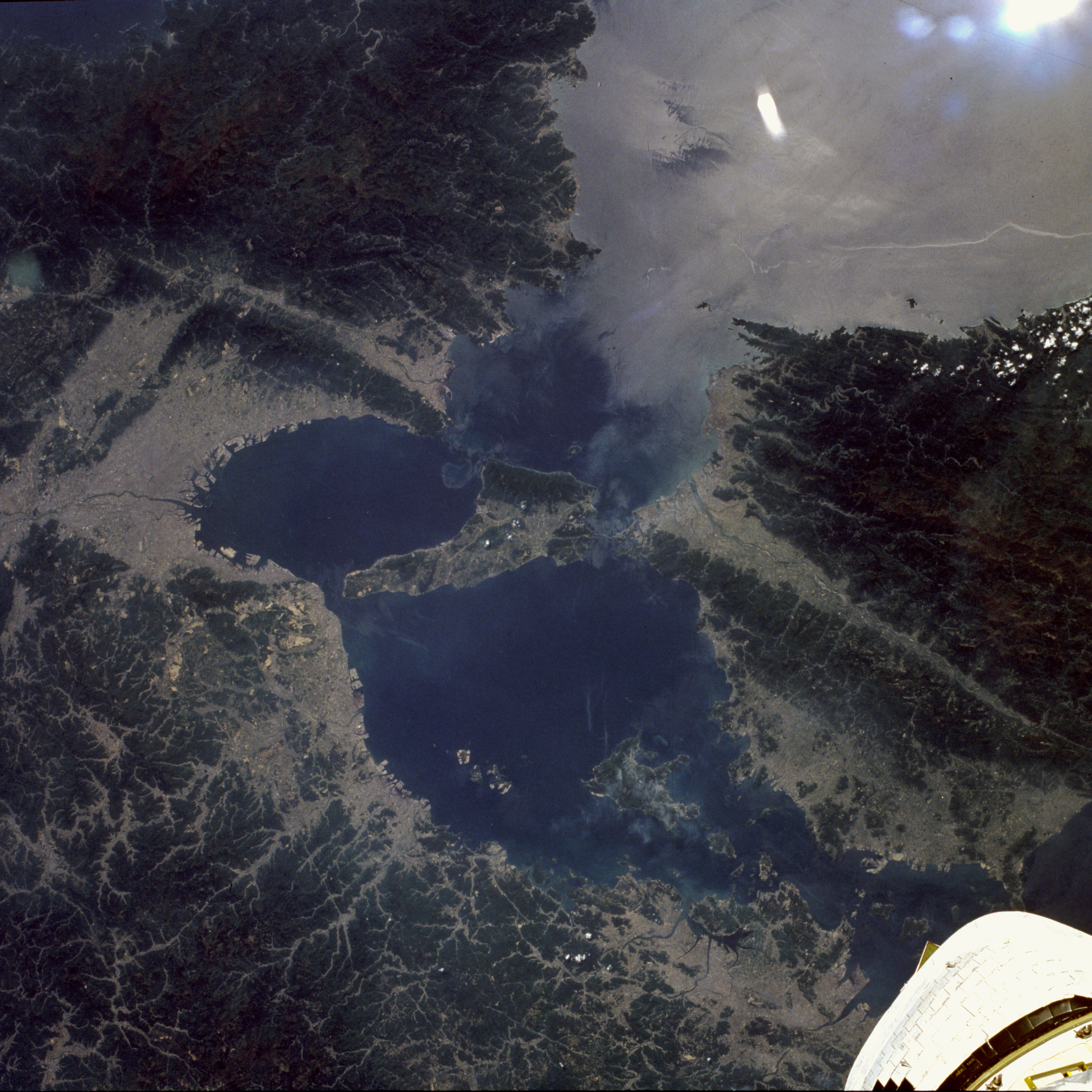 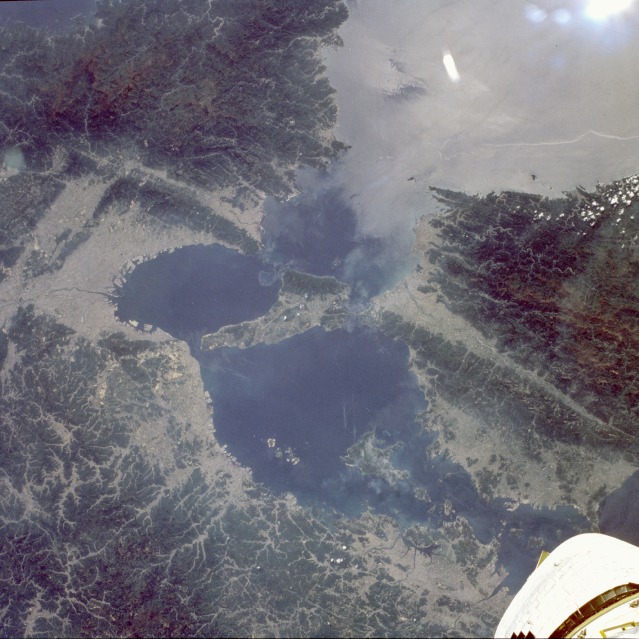 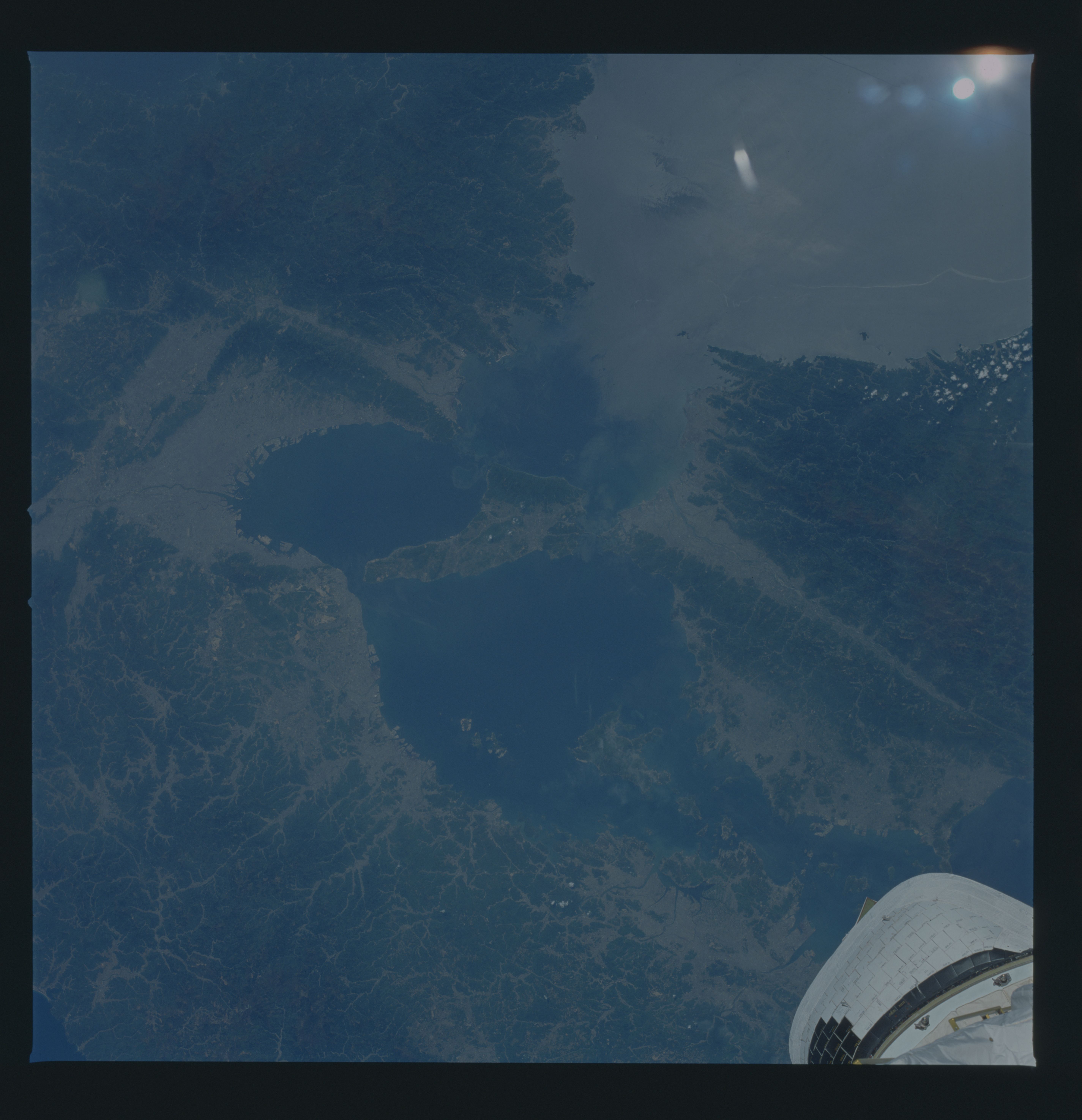 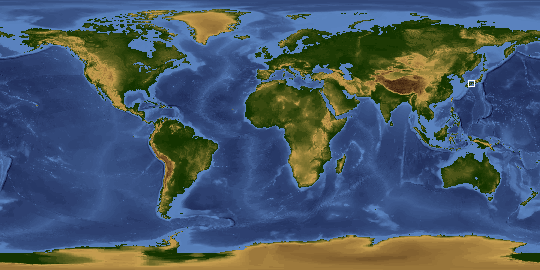 Other options available:
Download Packaged File
Download a Google Earth KML for this Image
View photo footprint information
Image Caption: STS51B-044-0054 Kobe and Osaka, Japan April 1985
The Inland Sea, Awaji Island (center of the photograph), and the major cities of Kobe and Osaka (north and east of Awaji Island, respectively) can be seen in this low-oblique, east-looking photograph. Awaji Island is a relatively flat, fertile island that is 32 miles (51 kilometers) long and 3 to 17 miles (5 to 27 kilometers) wide. Osaka, a major port city with a population in excess of 3 million, is located east of Awaji Island on Osaka Bay at the mouth of the Yodo River (visible in the photograph). Osaka is the focal point of an industrial core of cities stretching northwestward to Kobe. Food processing, printing, and the manufacturing of steel, chemicals, electrical equipment, and textiles are among its chief industries. Kobe, a major industrial city with a population of more than 1.5 million, is the principal port of Japan in the value of trade. Industries include shipbuilding yards; vehicle factories; iron and steel mills; sugar refineries; and chemical, rubber, and food processing plants. The city is built partially on the north shore of Osaka Bay and partially on the hillsides north and northeast of the city. Also visible in the photograph, west-southwest of Awaji Island, is the eastern end of Shikoku Island, where mountains limit agriculture and impede communication. The valley of the Yoshino River (a major fault zone) traverses the island east-west. This fault line crosses the Kii Channel and extends eastward across the Kii Peninsula southeast of Osaka. This region of Japan is earthquake prone; the Kobe earthquake of January 1995 killed more than 5000 people and caused extensive property damage.