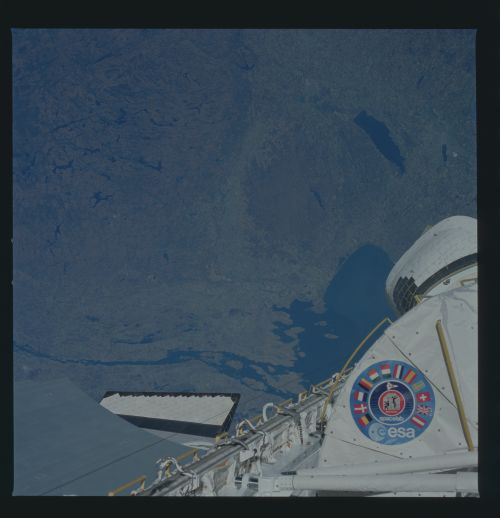 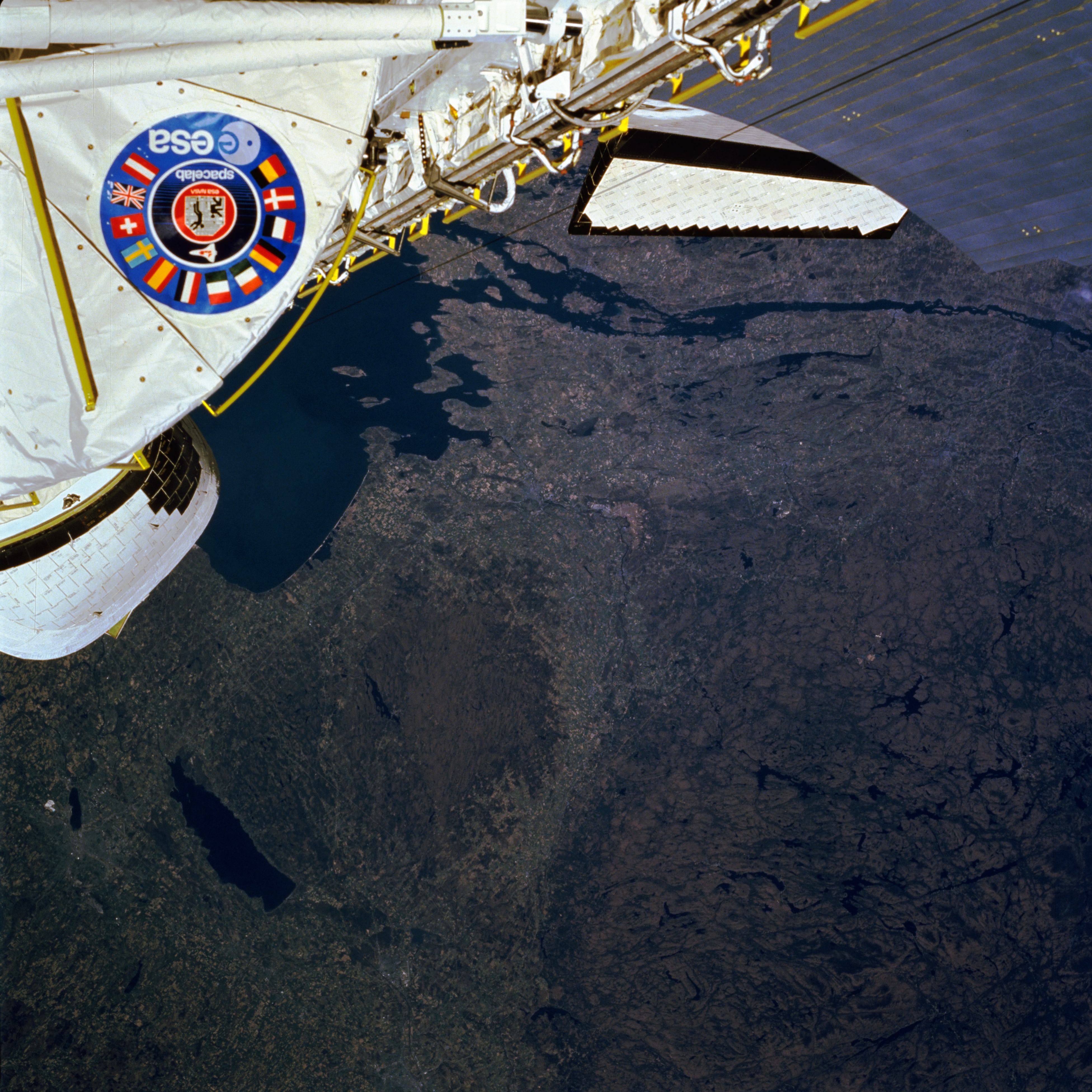 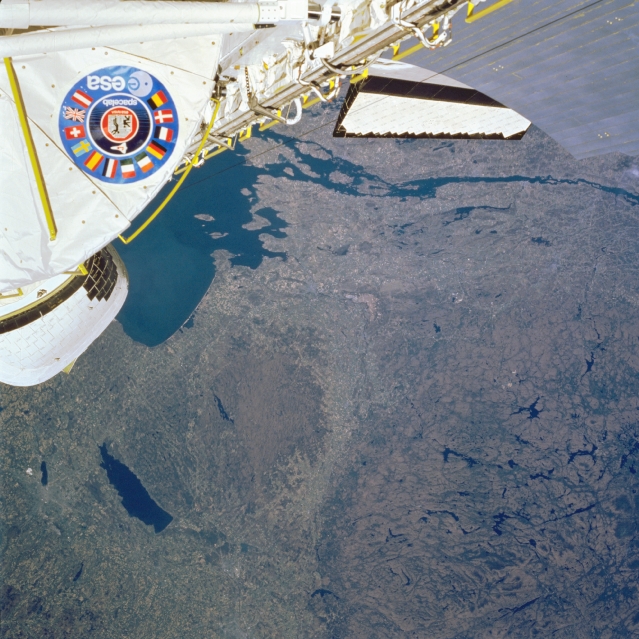 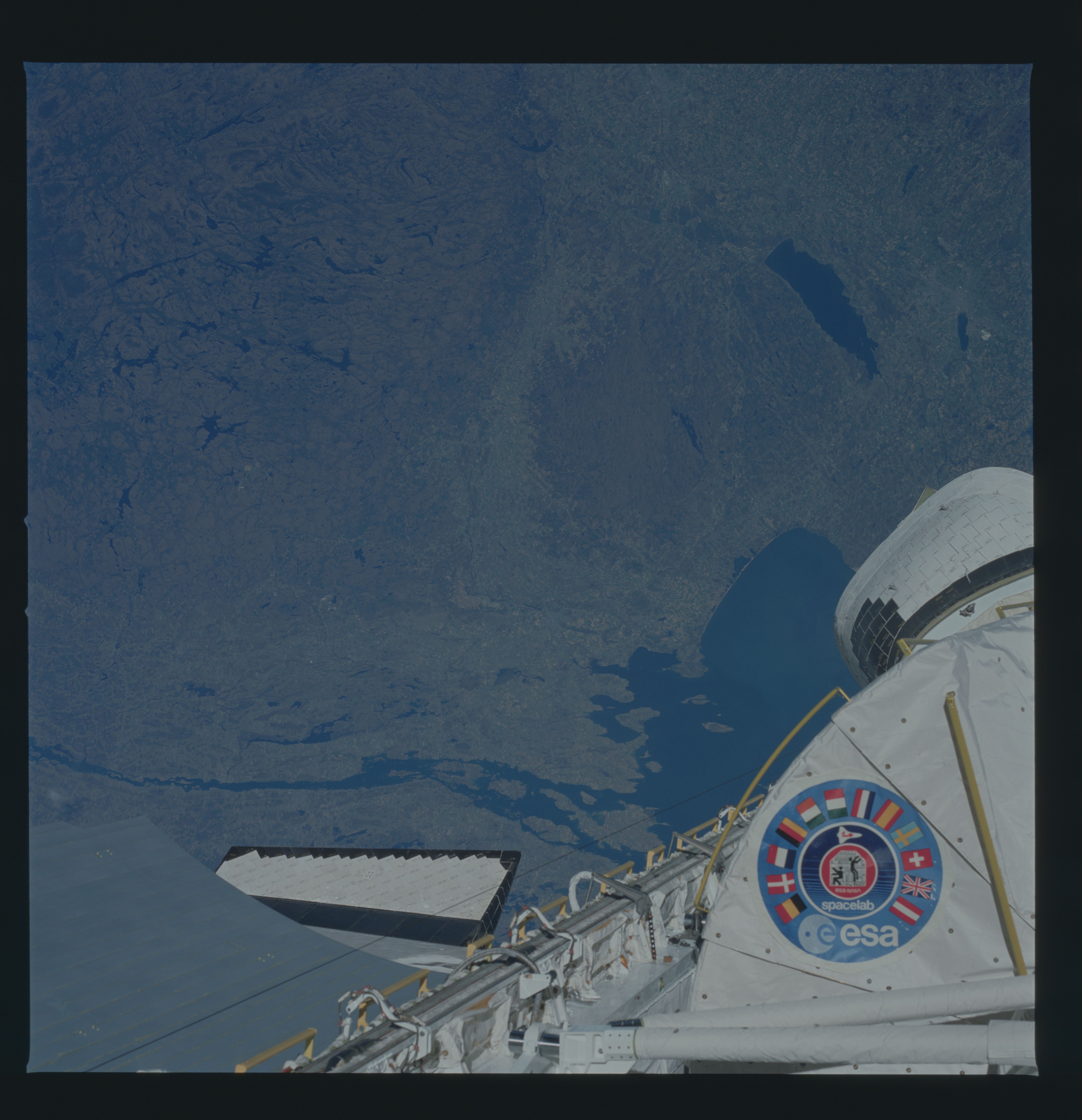 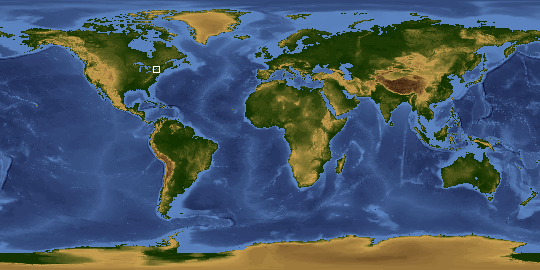 Other options available:
Download Packaged File
Download a Google Earth KML for this Image
View photo footprint information
Download a GeoTIFF for this photo
Image Caption: STS51B-33-0031 Oneida Lake, Tug Hill Plateau, Adirondacks, New York May 1985
The varied landscape of north-central New York can be seen in this northwest-looking view. The Space Shuttle covers the upper portion of this image. The Saint Lawrence River, with Lake Ontario to the west (left) is visible traversing the upper portion of the image. Oneida Lake, an arm of the former pre-glacial Lake Iroquois, is a shallow lake 22 miles (35 km) long and about 6 miles (10 km) wide. Lake Onieda is part of the New York Barge Canal System (former Erie Canal) and is visible in the lower left quadrant of the image. To the southwest (left) of Oneida Lake is the city of Syracuse with Onandaga Lake situated in the city's northwest sector. To the north and east of Oneida Lake is the barren and rugged Tug Hill Plateau. The Tug Hill Plateau is an outlying remnant of the Allegheny Plateau to the south. With the plateau's location east of Lake Ontario, the Tug Hill Plateau receives some of the highest yearly snowfall amounts of anywhere in the eastern United States. The Black River Valley separates the Tug Hill Plateau from the rugged, forested Adirondack Mountains (lower right). A circular mountain mass, the Adirondacks area is a southern extension of the Laurentian Plateau of eastern Canada. Composed chiefly of Metamorphic rock, the rising mountain mass is like a large dome that has been eroded by streams and carved by glaciers for over thousands of years, giving the Adirondacks its rugged appearance.