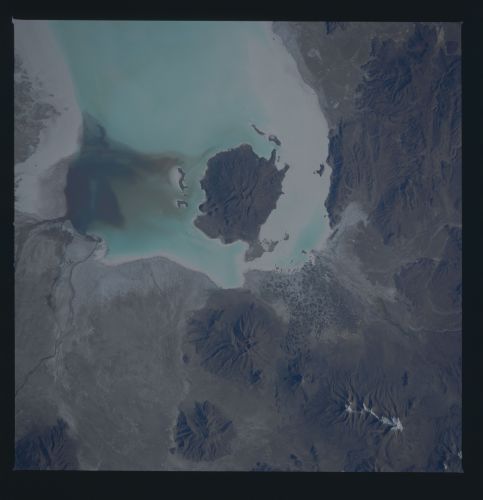 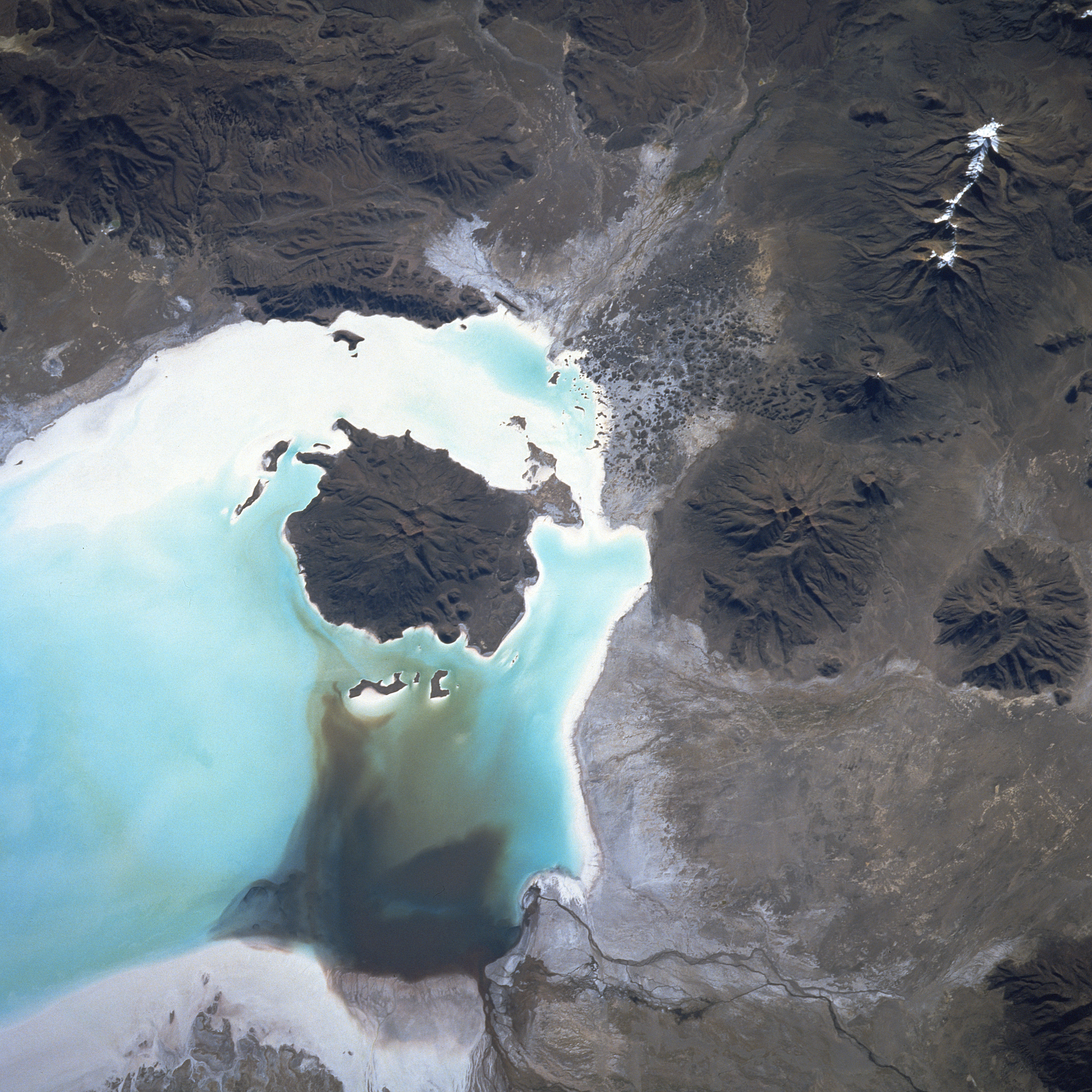 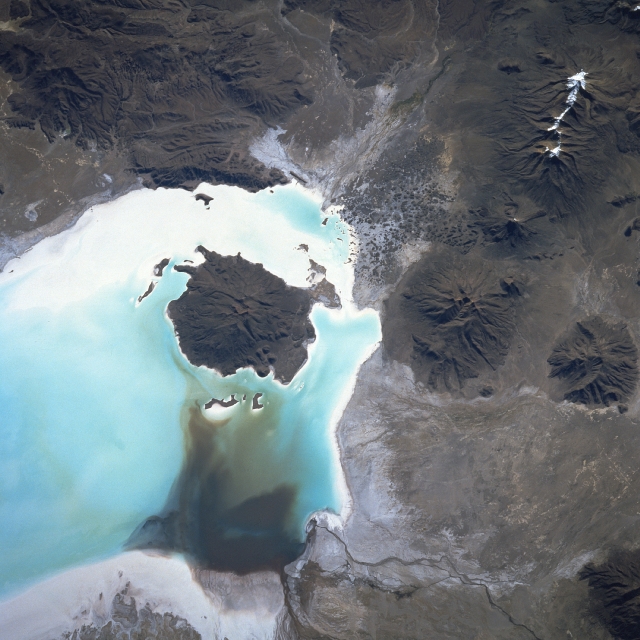 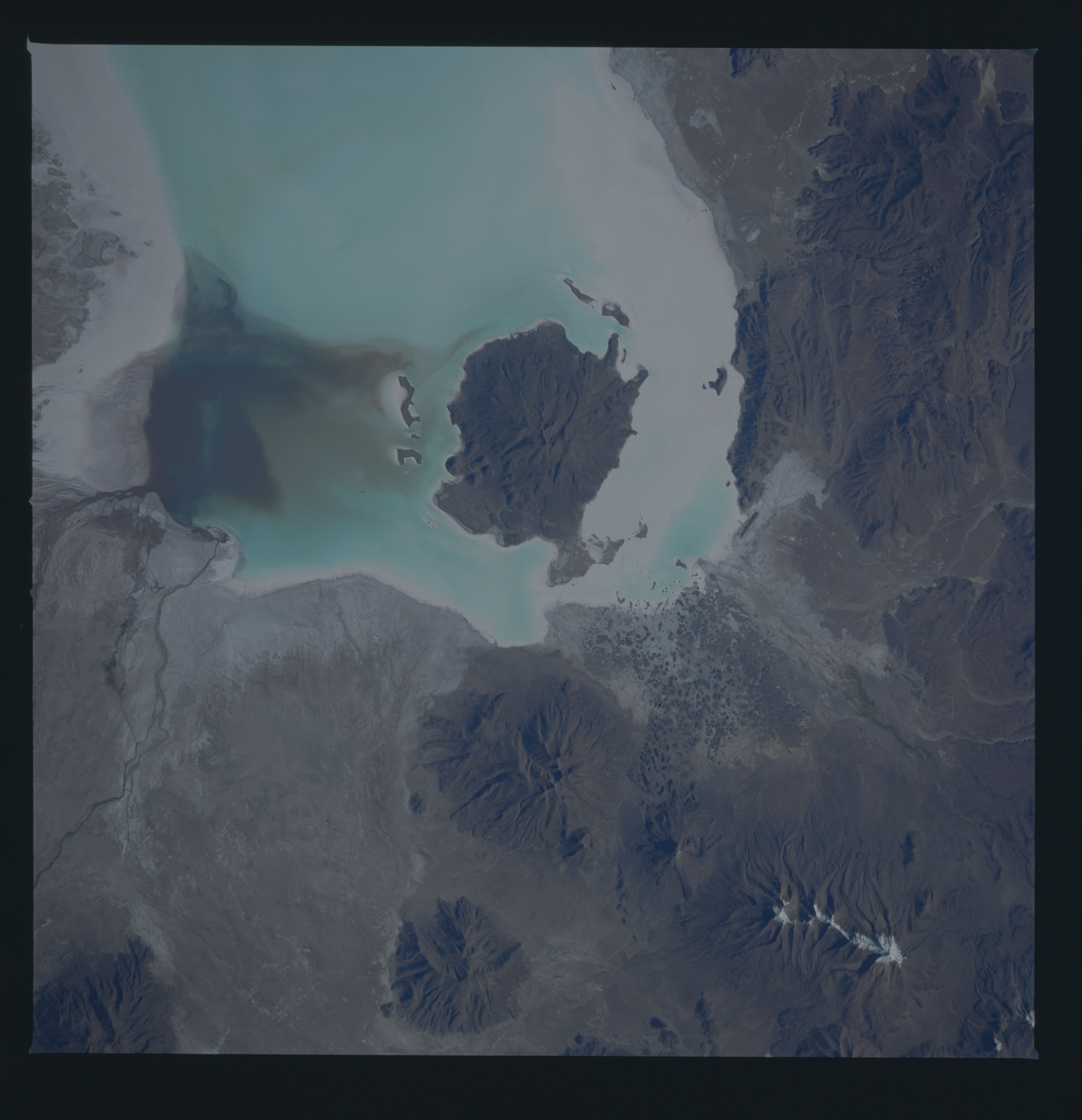 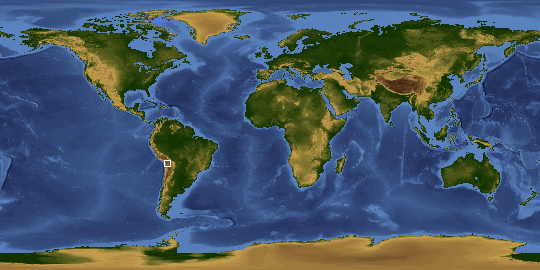 Other options available:
Download Packaged File
Download a Google Earth KML for this Image
View photo footprint information
Image Caption: STS51A-45-0055 Salar de Coipasa, Bolivia November 1984
Coipasa Volcano is located near the center of the image within Salar de Coipasa on the Altiplano (high plain) in southwestern Bolivia. In this 1984 image, standing water or brime is visible within Salar de Coipasa. Water is coming into the salar from the Laca Jahuira River, which is discernible at the bottom center of the image. The rainy season, normally from mid-November through March, can produce standing water in the salar up to 12 inches (30 cm) deep. The water is soon evaporated during the dry season. The dormant Coipasa Volcano is 16149 feet (4925 meters) high and stands nearly 4165 feet (1260 meters) above the salar floor. Other dormant and extinct volcanoes are visible in the Carabaya Mountains located northwest (right) of Salar de Coipasa. A structural depression, the salar was once part of a large glacier-fed lake named Minchin. The lake began to disappear about 15000 years ago and had disappeared completely about 10000 years ago, except for water remaining in depressions like Coipasa. (Also see image STS084-708-038 obtained in May 1997).