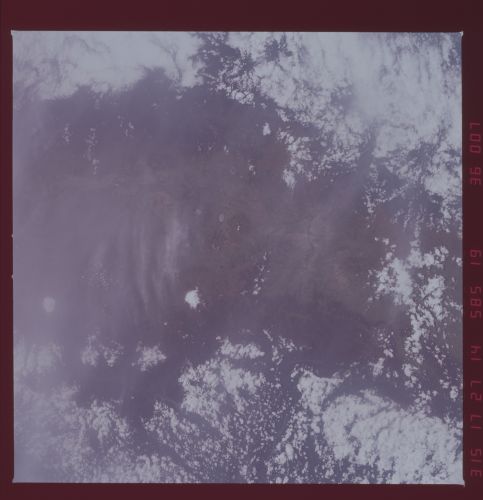 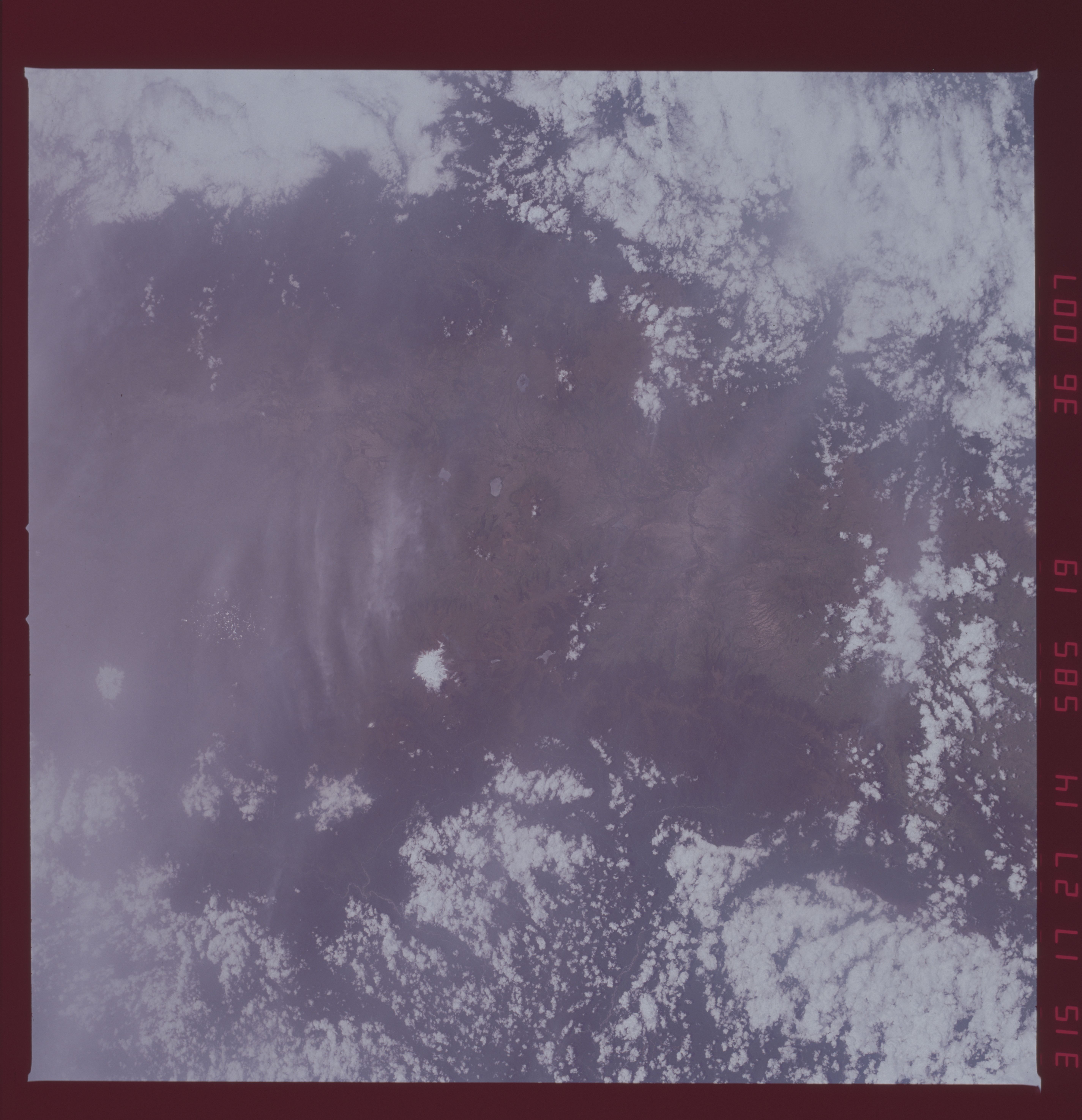 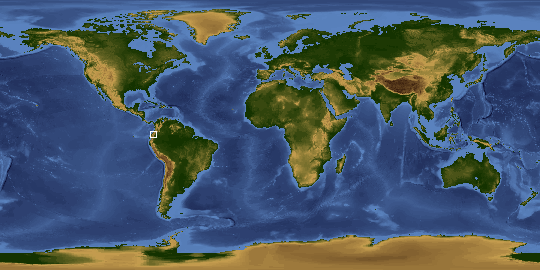 Near-vertical view that shows the narrowest width of land, less
than 20 miles in a north/south direction in Cuba. This scene
represents a very diverse land use pattern. For example Havana,
the largest (over 2 million people in the greater Havanna area)
and capital city of Cuba is located near the top, right side of
the photo. Major highways can be seen radiating out from Havan-
na: several airports are visible at various locations near Ha-
vanna. The rural areas south of Havanna show some of the weath-
ered limestone soils that are deep red in color. This weathered
limestone is renown as one of the world's best sugarcane soils.
A narrow band of dissected (by canals) mangrove swamp can be seen
along the southern coastline. (51A-36-07)