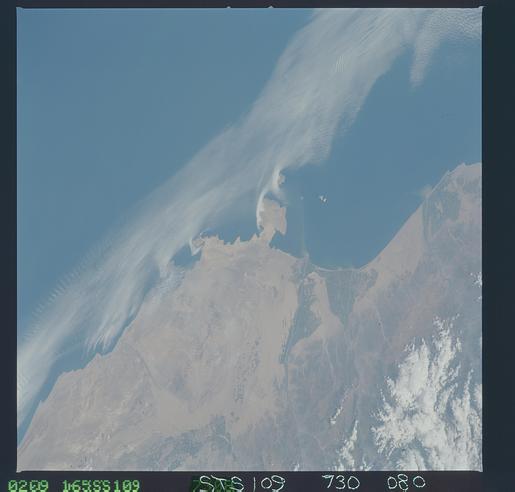 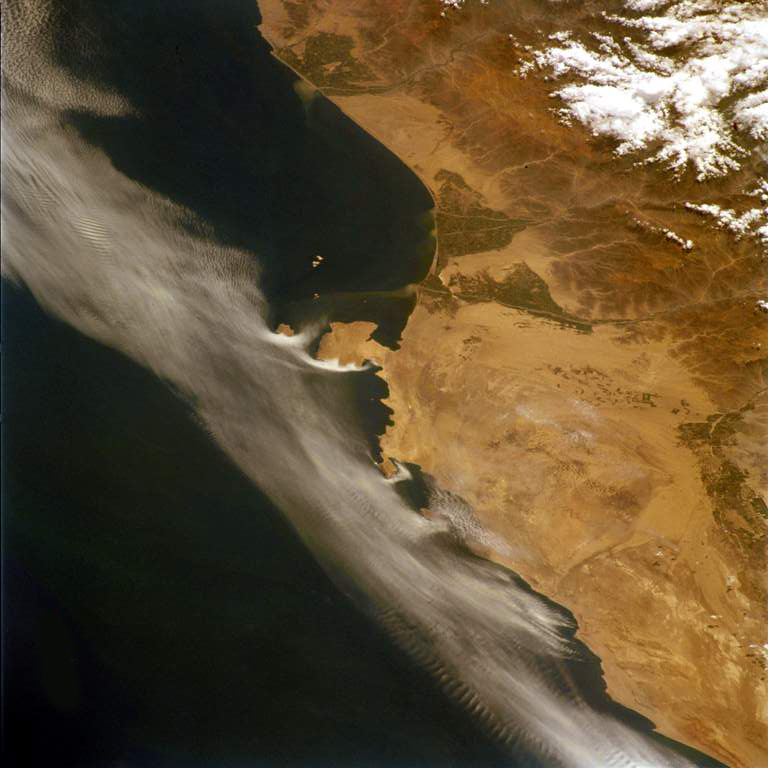 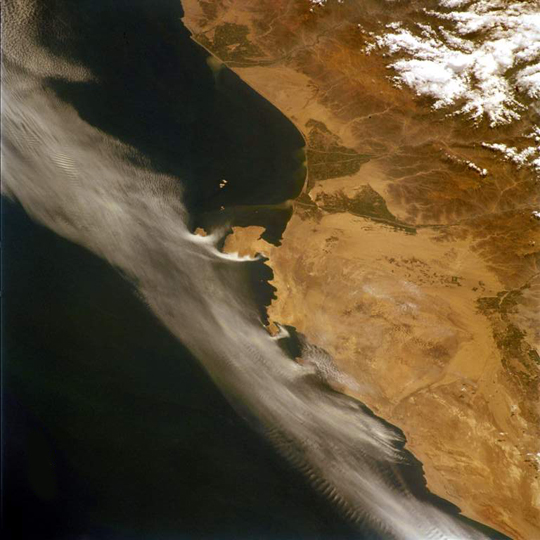 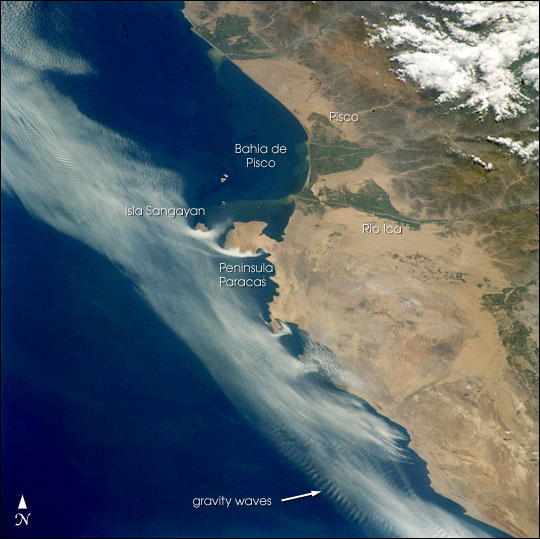 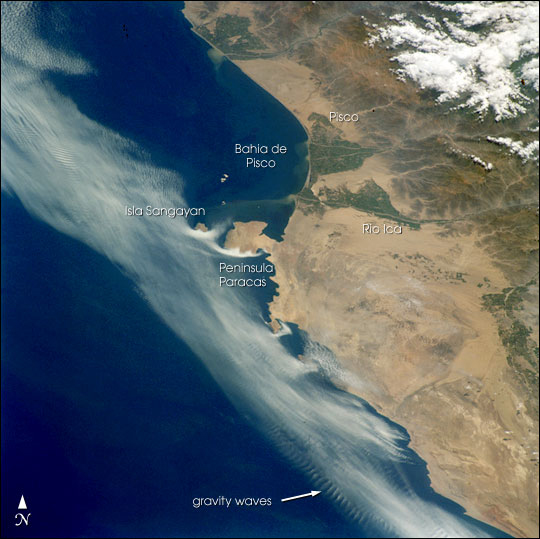 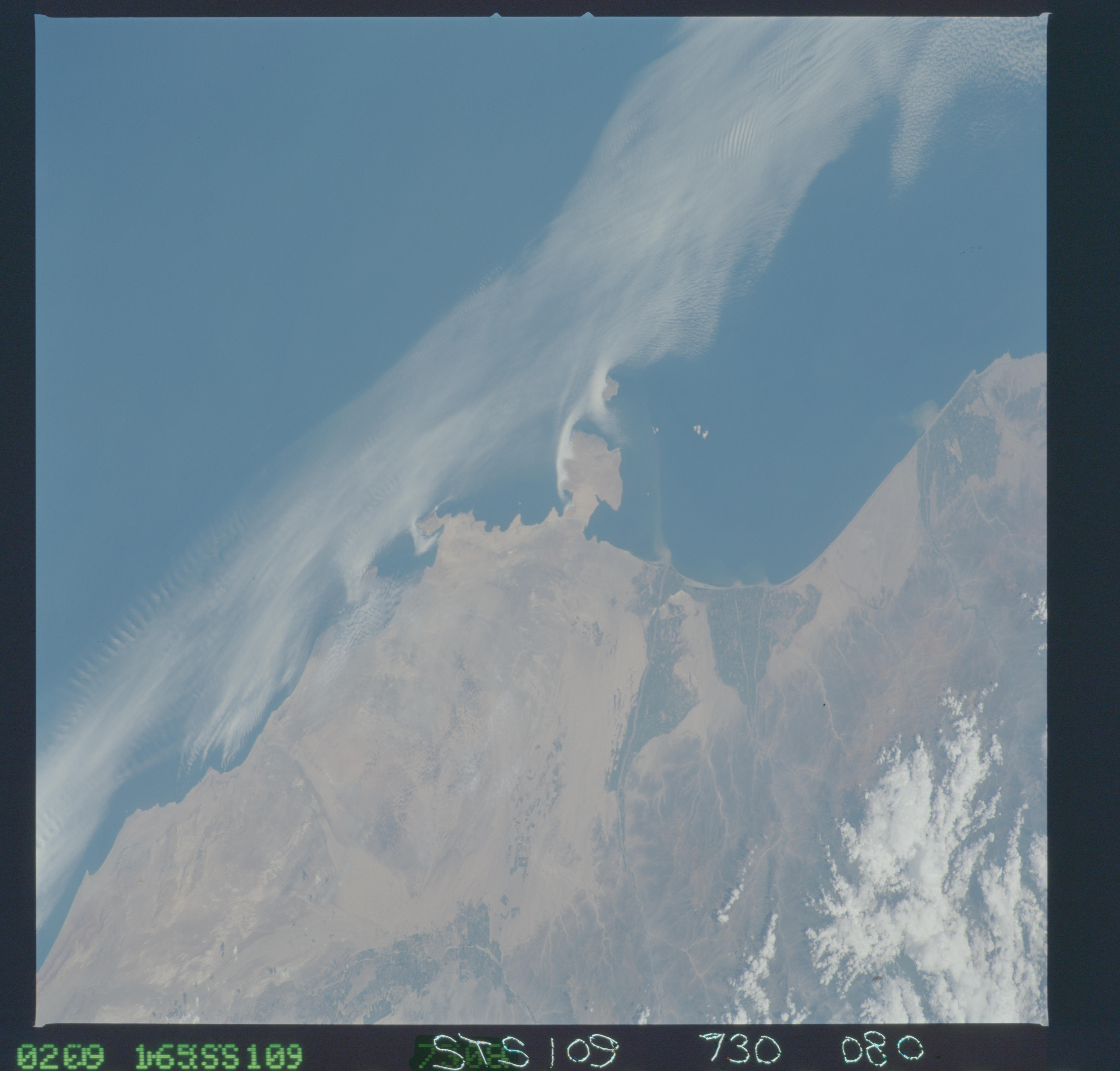 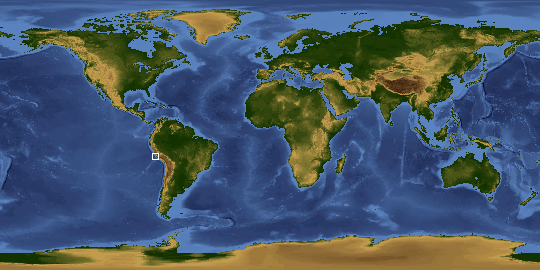 Other options available:
Download Packaged File
Download a Google Earth KML for this Image
View photo footprint information
Image Caption: Coastal fog commonly drapes the Peruvian coast. This image captures complex interactions between land, sea, and atmosphere along the southern Peruvian coast. When Shuttle astronauts took the image in March of 2002, the layers of coastal fog and stratus were being progressively scoured away by brisk south to southeast winds. Remnants of the cloud deck banked against the larger, obstructing headlands like Peninsula Paracas and Isla Sangayan, giving the prominent "white comma" effect. Southerlies also produced ripples of internal gravity waves in the clouds offshore where warm, dry air aloft interacts with a thinning layer of cool, moist air near the sea surface on the outer edge of the remaining cloud bank. South of Peninsula Baracas, the small headlands channeled the clouds into streaks--local horizontal vortices caused by the headlands provided enough lift to give points of origin of the clouds in some bays. Besides the shelter of the peninsula, the Bahia de Pisco appears to be cloud-free due to a dry, offshore flow down the valley of the Rio Ica.