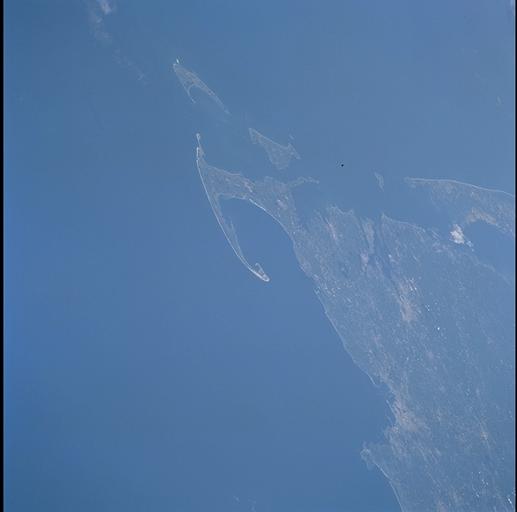 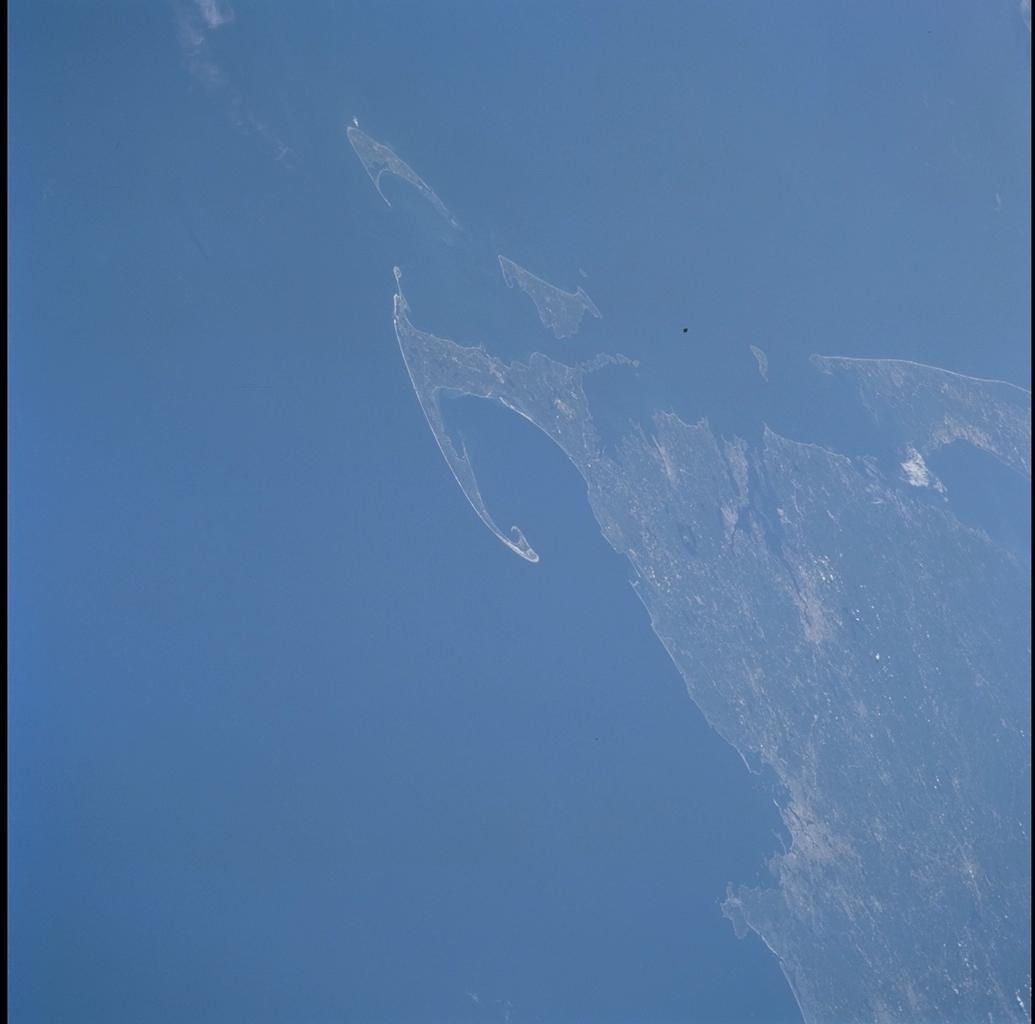 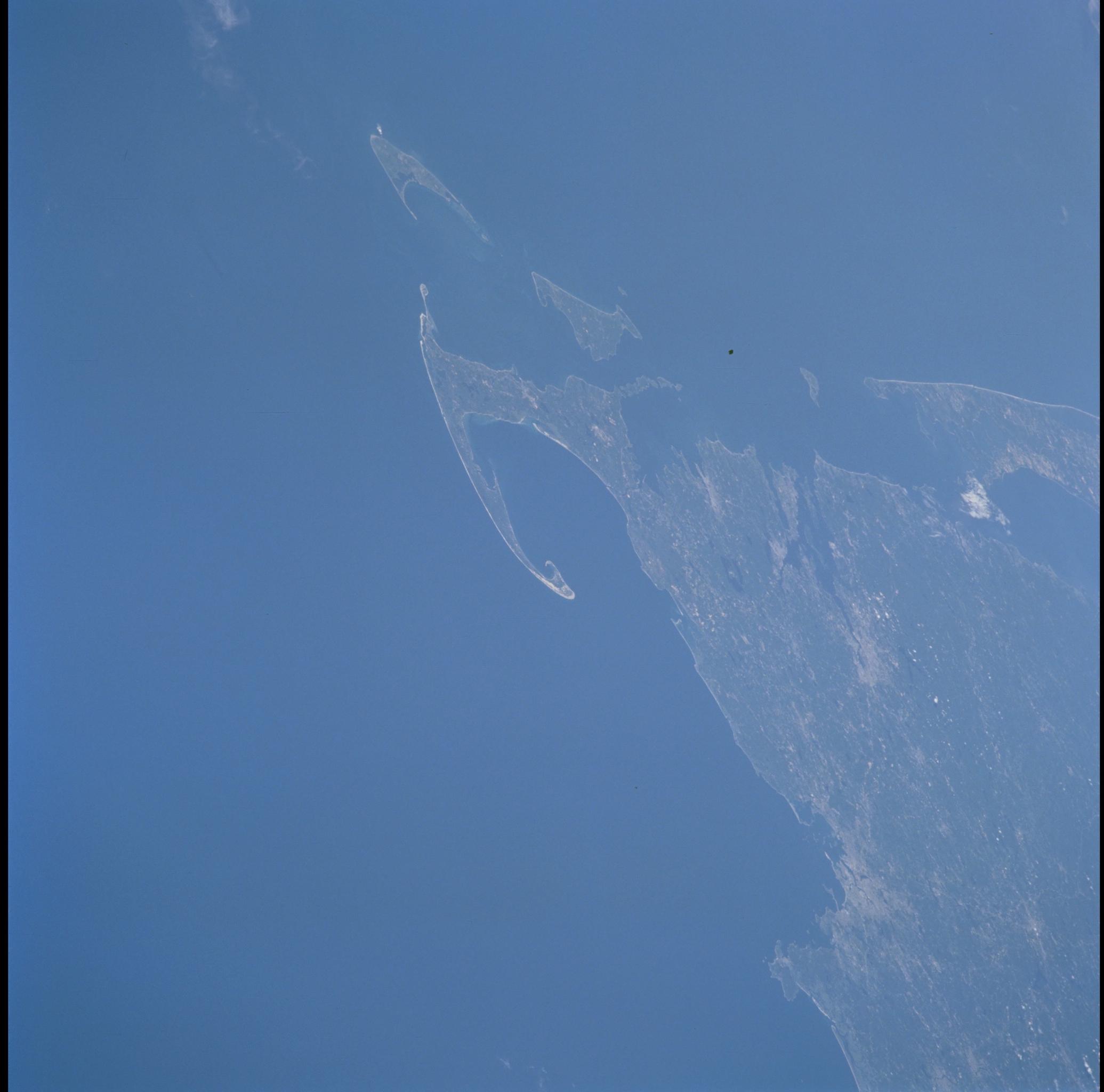 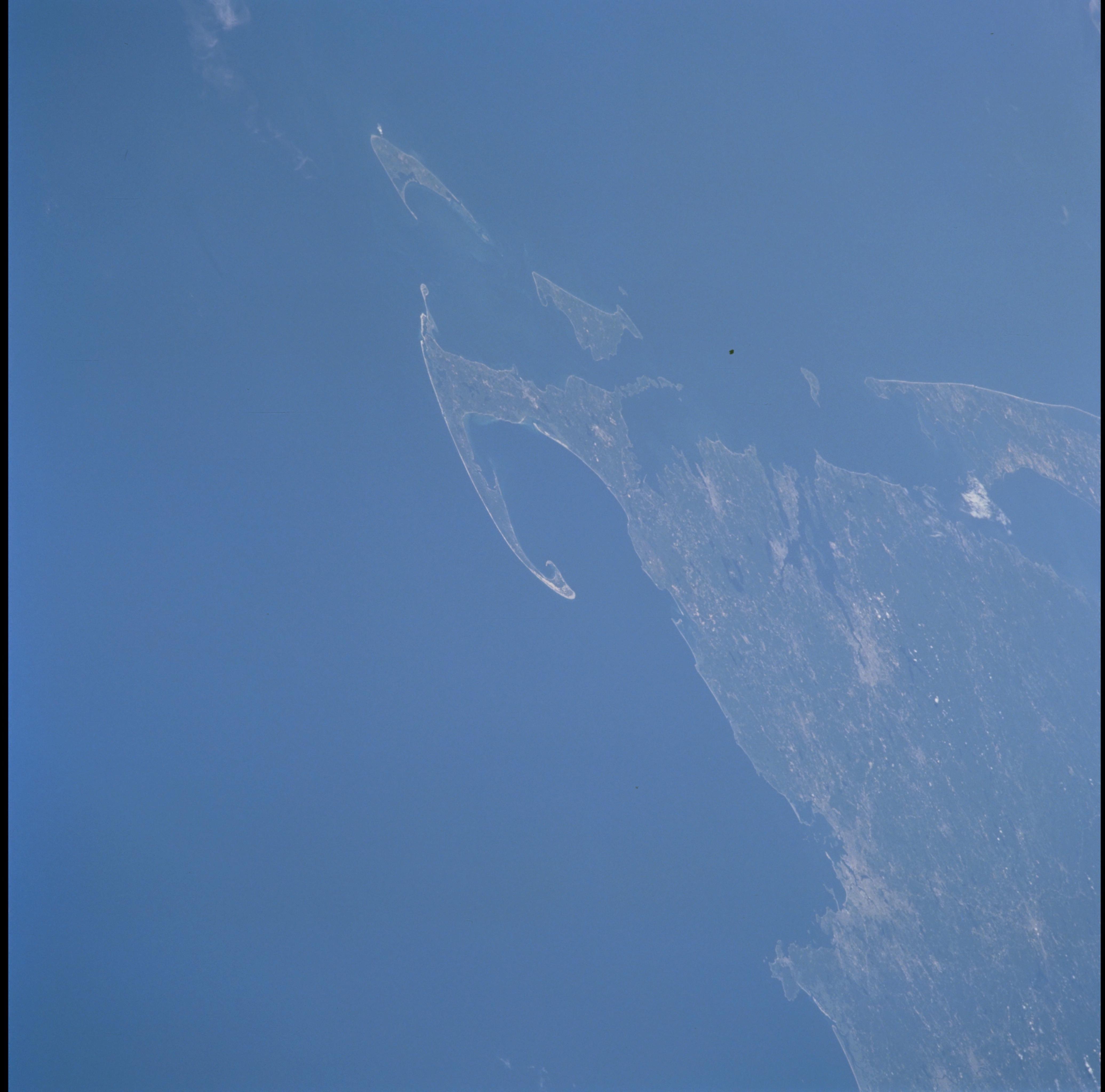 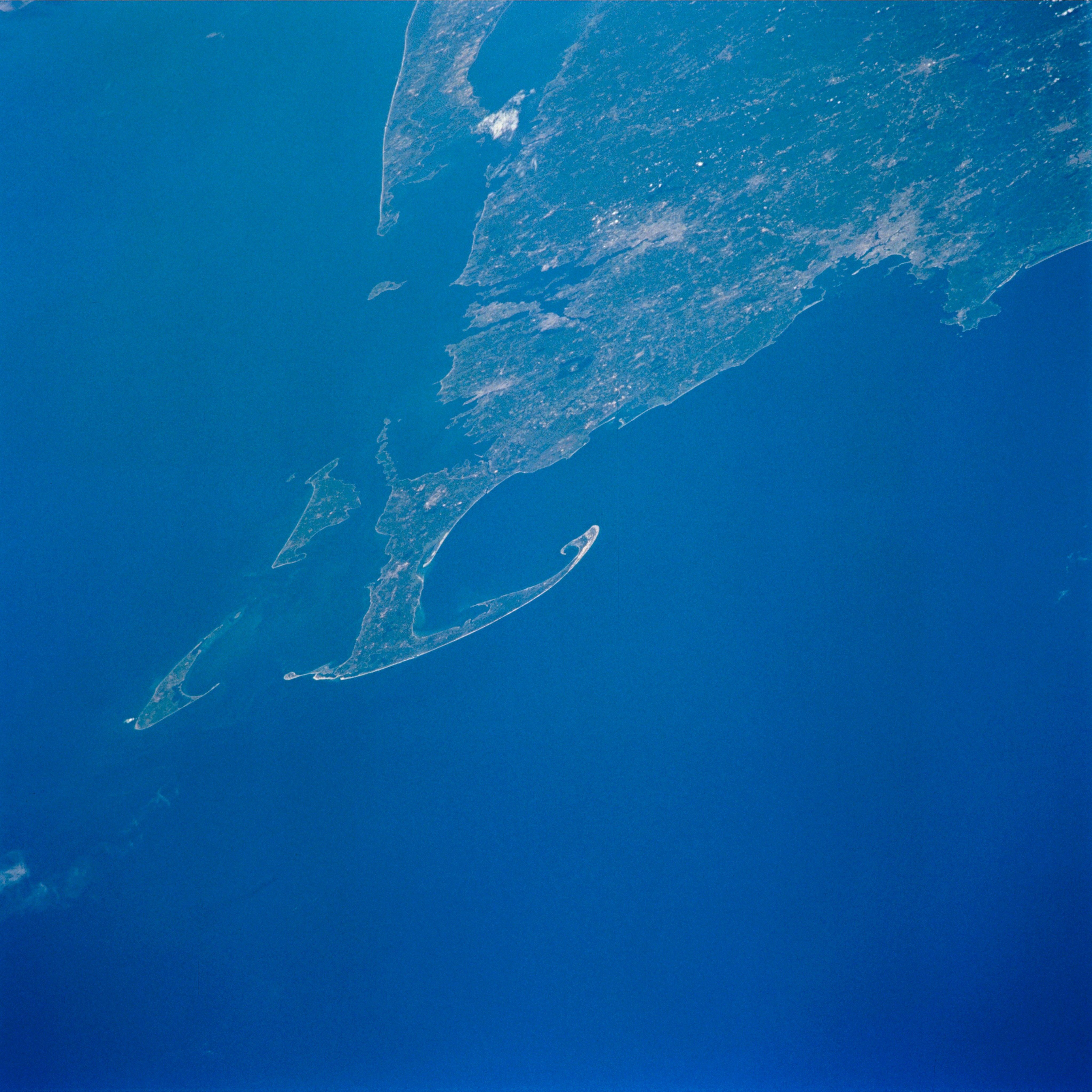 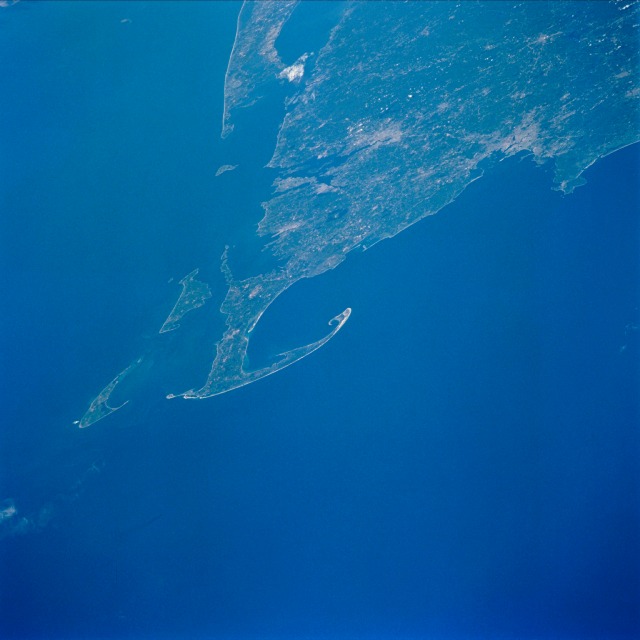 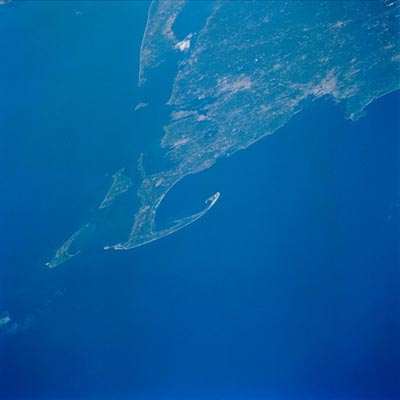 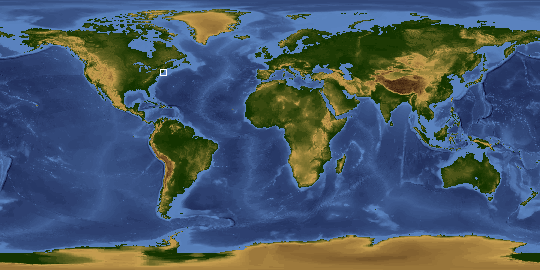 Other options available:
Download Packaged File
Download a Google Earth KML for this Image
View photo footprint information
Image Caption: Cape Cod, Massachusetts
The sandy peninsula of Cape Cod can be seen in this west-looking view. The view is oblique enough that there is some spatial distortion and foreshortening. Cape Cod is 65 miles (105 km) long and varies in width from 1 to 20 miles (1.6 to 32 km). A major recreational area, much of Cape Cod is part of the United States National Park system. West of the peninsula of Cape Cod is Cape Cod Bay. To the south, the islands of Martha's Vineyard (larger island) and Nantucket are visible. Near the upper center of the image, eastern Long Island can be seen. The large metropolitan areas of Providence (near the center of the image) and Boston (right center) are discernible. It is at the northern tip of Cape Cod near the present small city of Provincetown where the pilgrims landed in 1620.