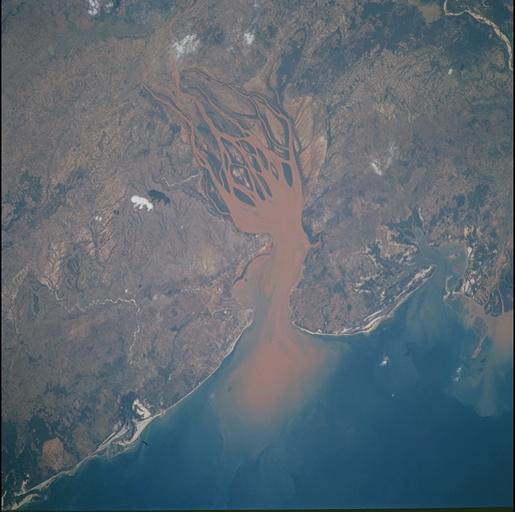 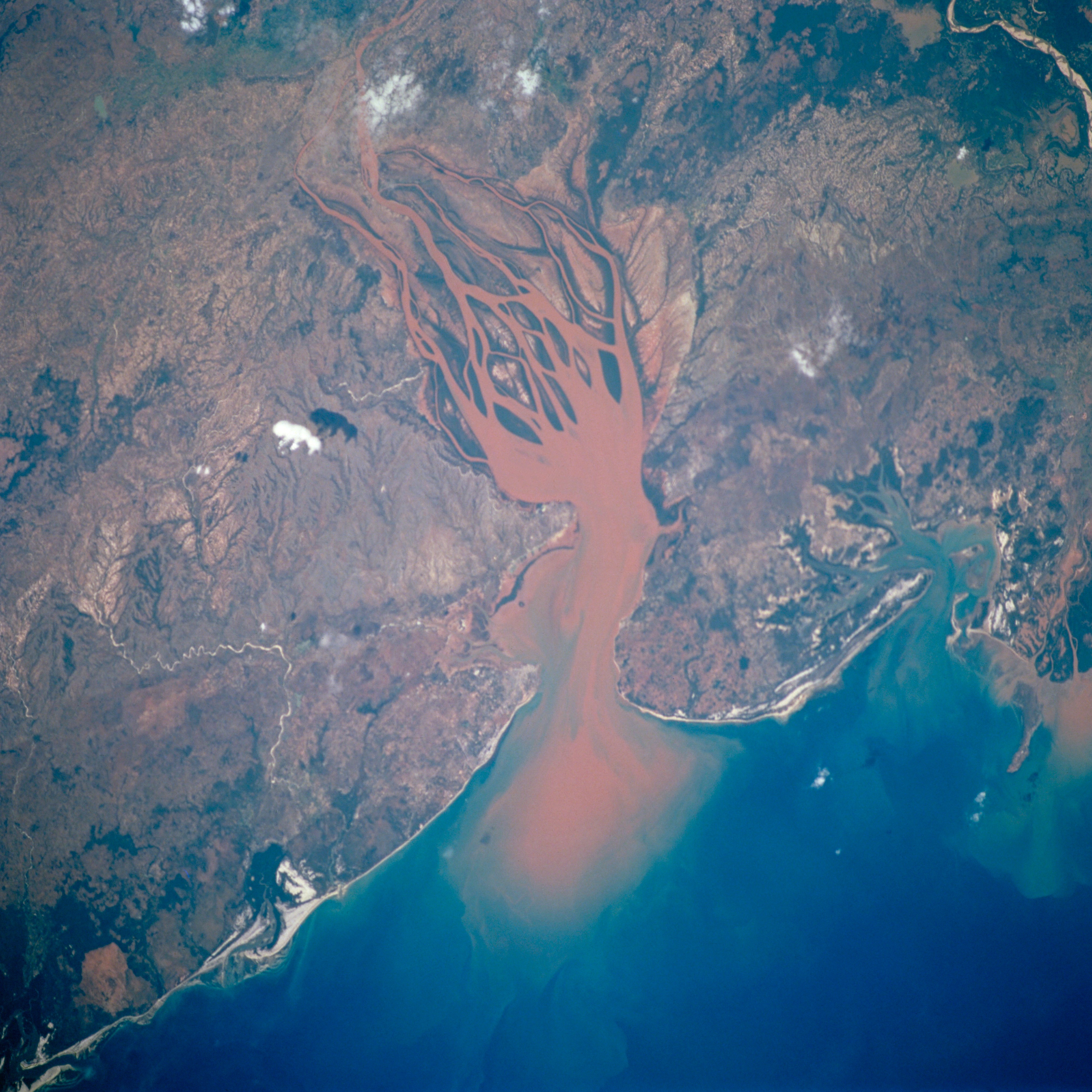 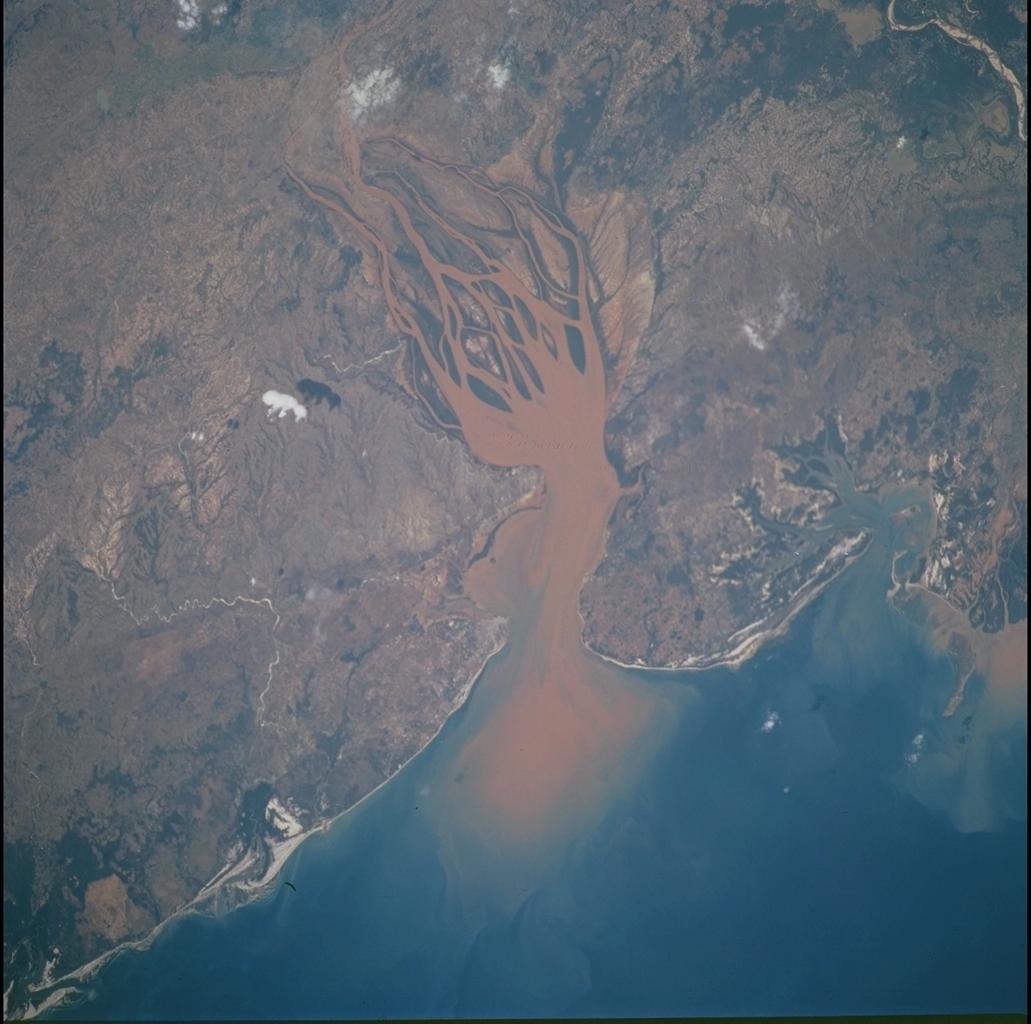 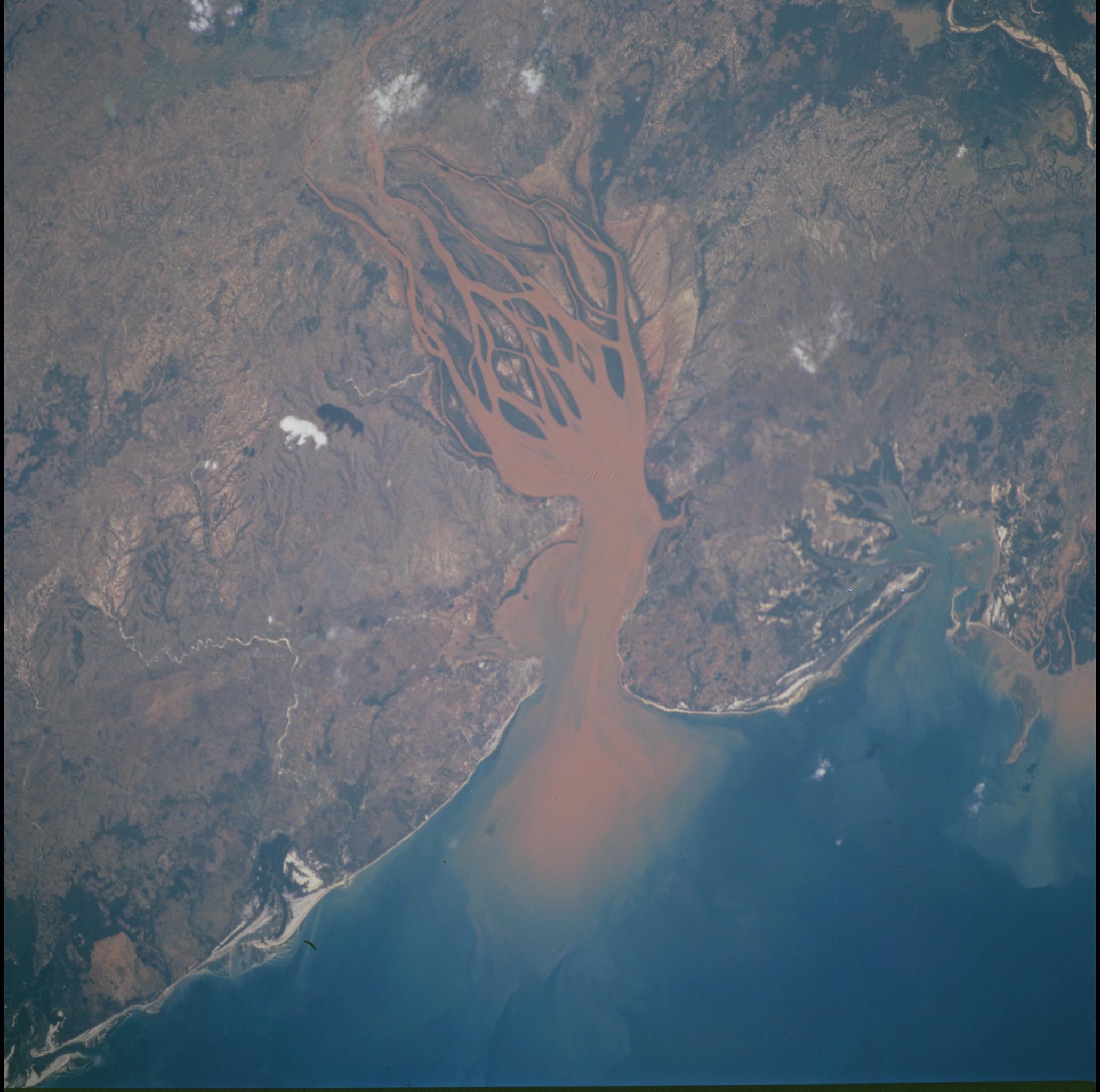 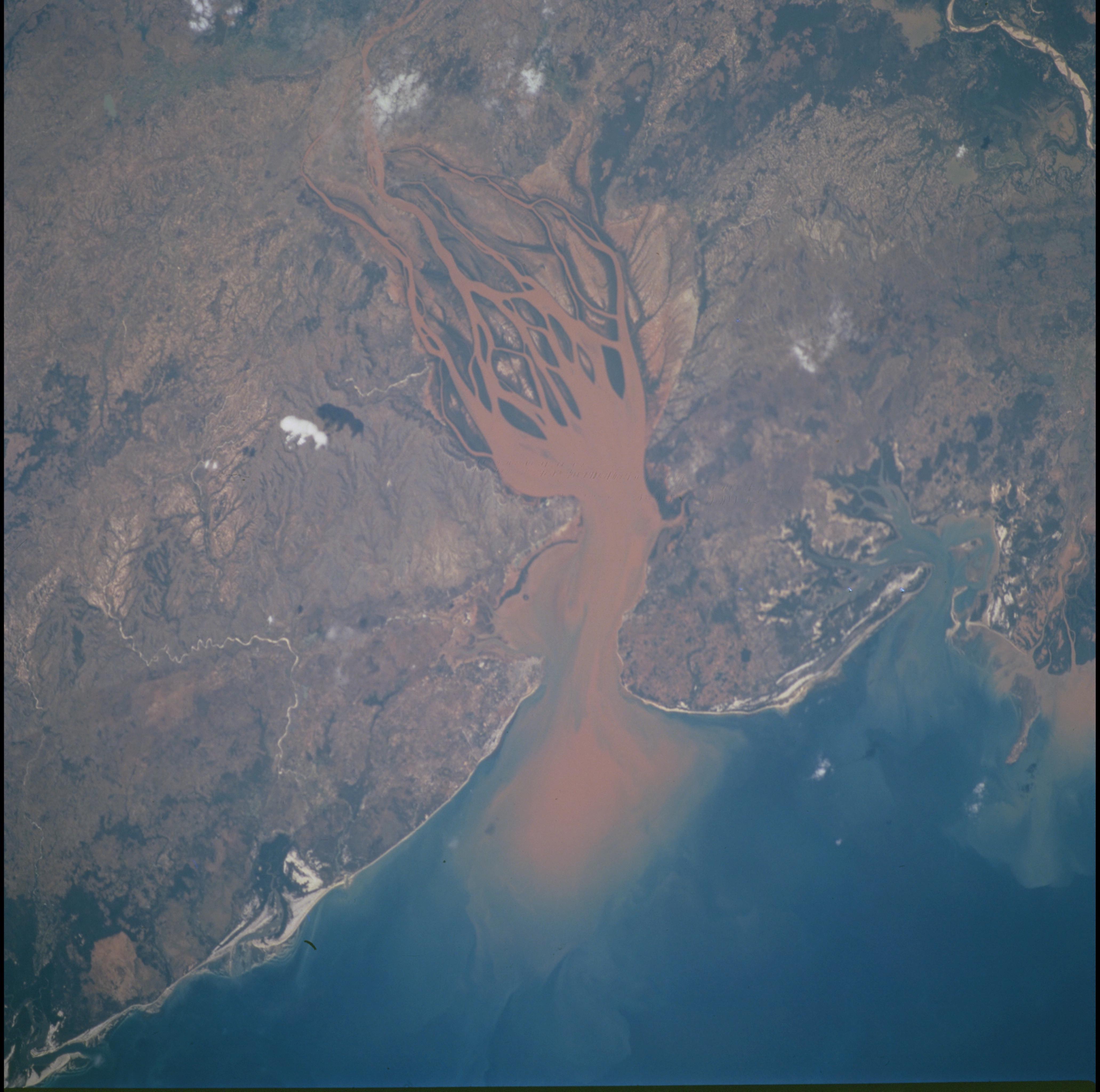 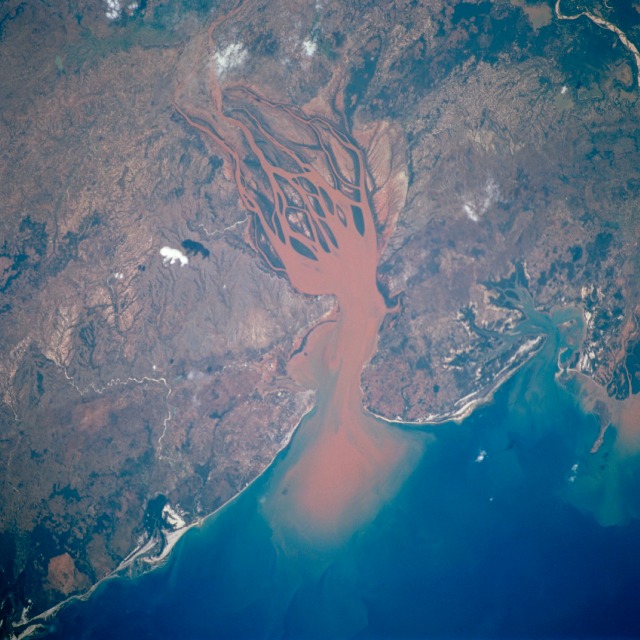 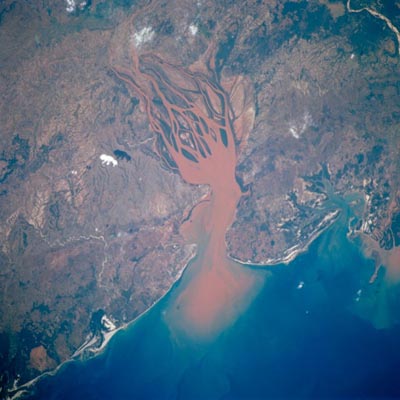 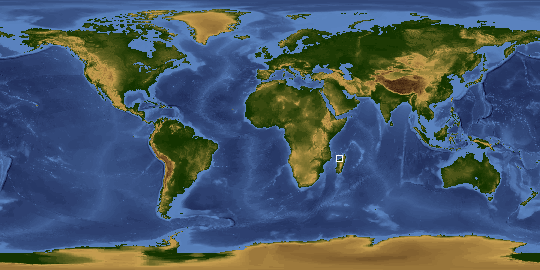 Other options available:
Download Packaged File
Download a Google Earth KML for this Image
View photo footprint information
Image Caption: Betsiboka Estuary, Madagascar
During the 20th Century Madagascar, the world's fourth largest island, experienced a tremendous reversal in the quantity of vegetative cover throughout the entire island. From an estimated 80 to 90 percent vegetation cover in 1900 to less than an estimated 10 percent by the year 2000, the rate of deforestation has been dramatic. This image, along with many other space-acquired images, documents the massive annual soil losses that have occurred during the last 30 years. Note the orange-brown sediment that is almost always being transported by the Betsiboka River and being deposited in the delta region. The sequence of images astronauts have taken over time, shows the sediment accumulating and forming islands in the estuary mouth.