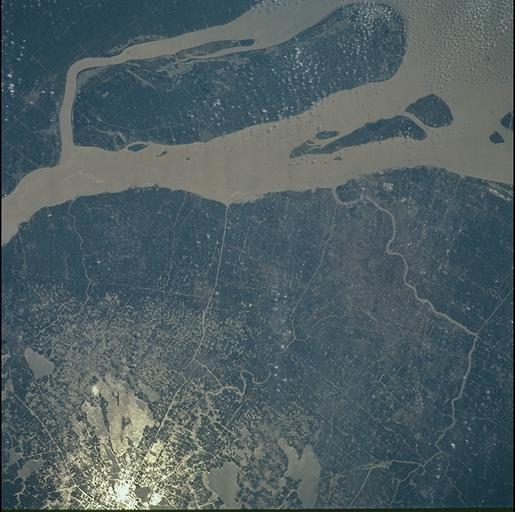 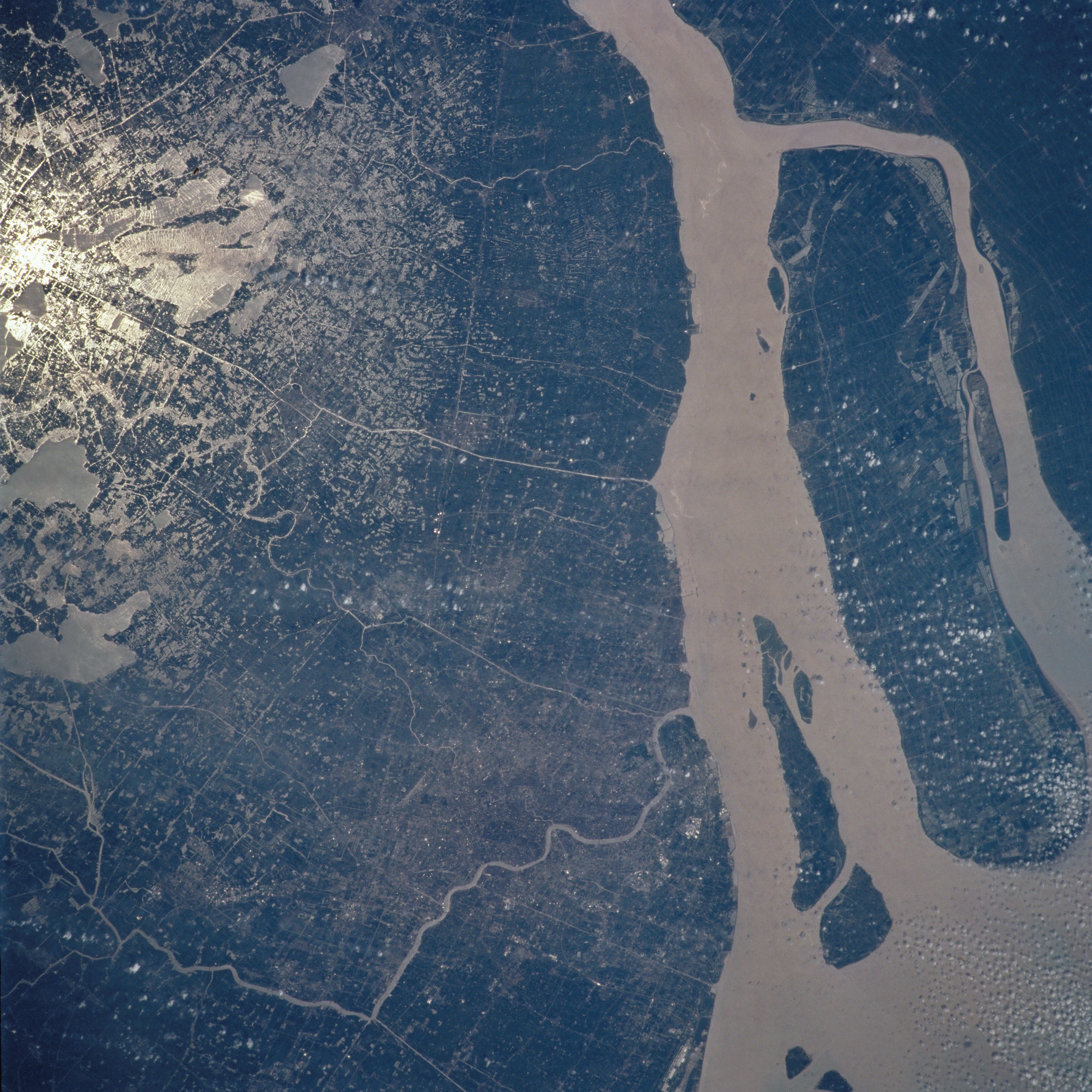 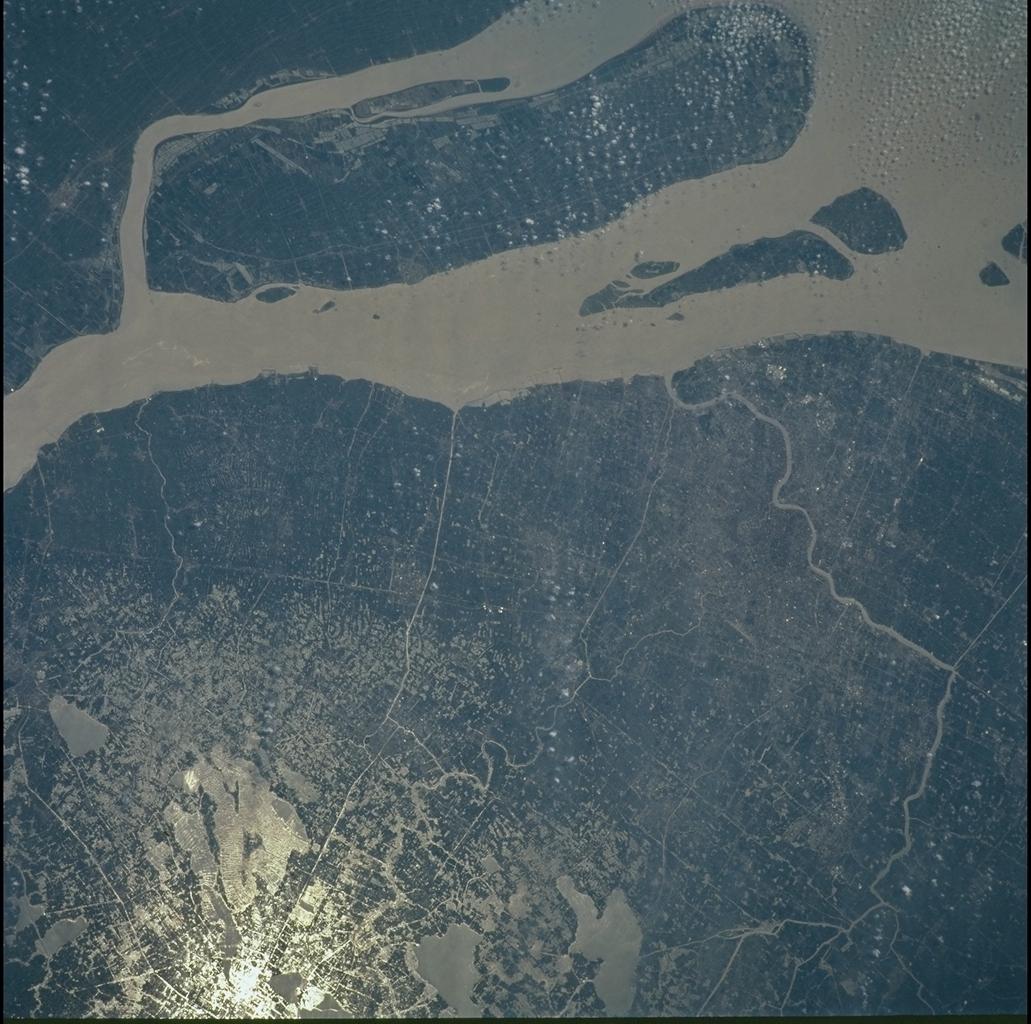 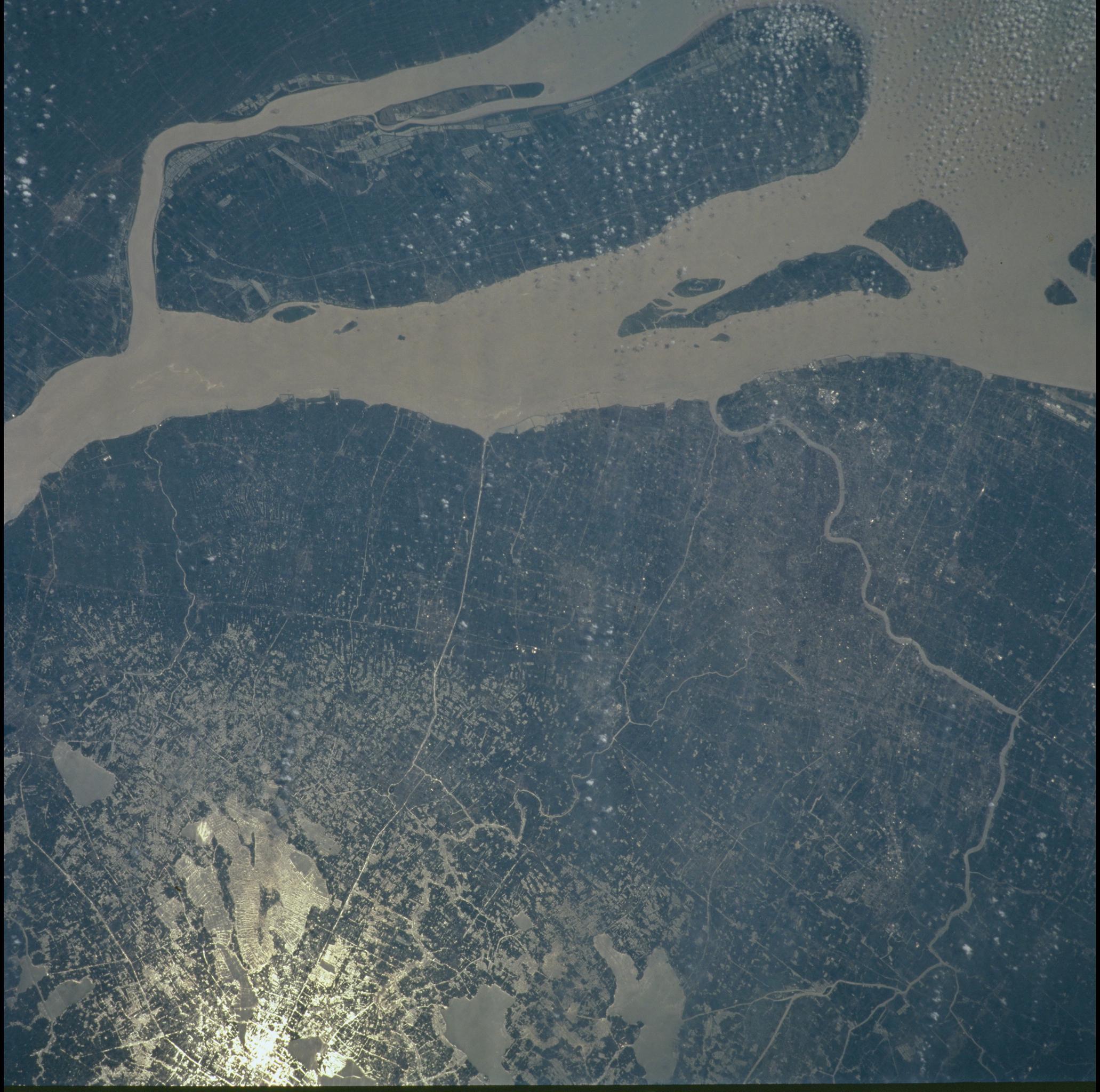 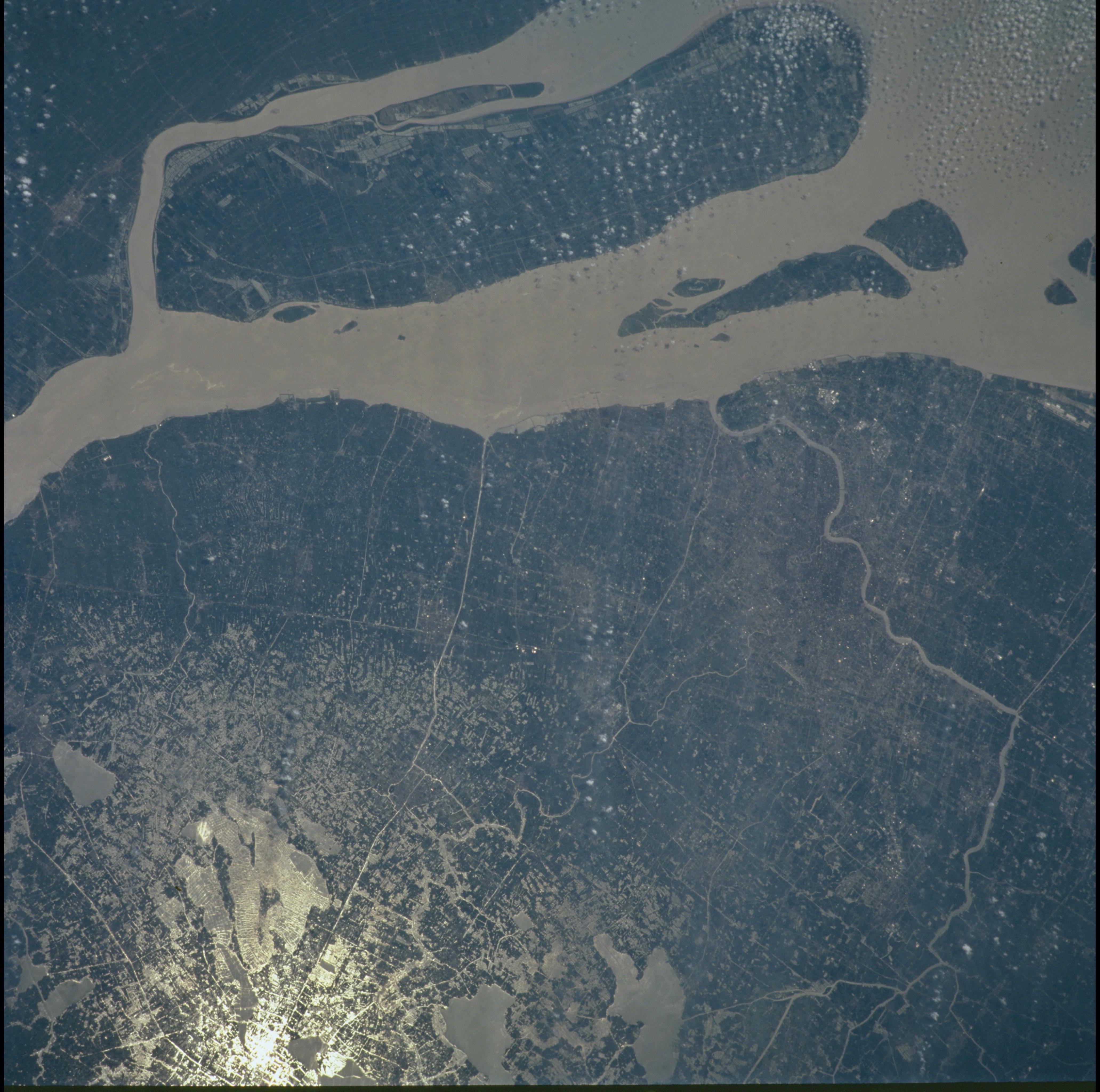 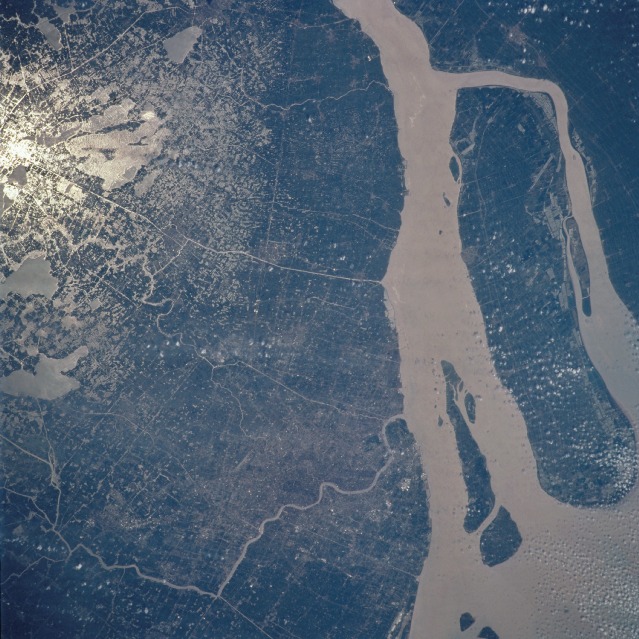 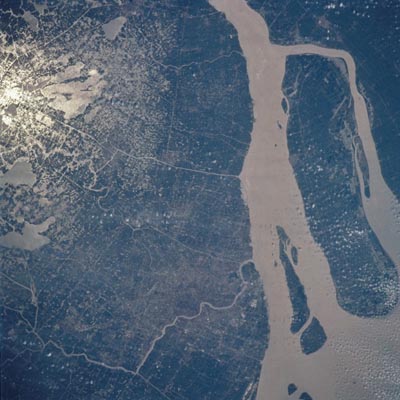 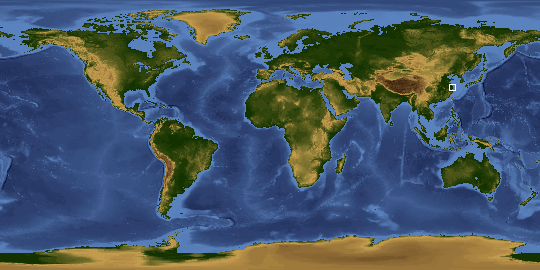 Other options available:
Download Packaged File
Download a Google Earth KML for this Image
View photo footprint information
Image Caption: Shanghai, Yangtze River Mouth, China
Shanghai (grayish area near the bottom center of the image) and the mouth of the Yangtze (Chang) River (right side of the image) are visible in this near-vertical view. North is towards the upper right of the scene. The silt-laden Yangtze is the longest river Asia. The larger island of Chongming and the two smaller islands of Changxing and Heng are discernible along the right center and bottom right of the image. Shanghai is the largest city in China (population over 12.5 million) and the most populous city in Asia. The major part of the city sits on the west bank of the Huangpu River, which flows northward into the Yangtze River. Numerous small lakes and flooded rice fields can be seen in sun glint in the upper left of the image.