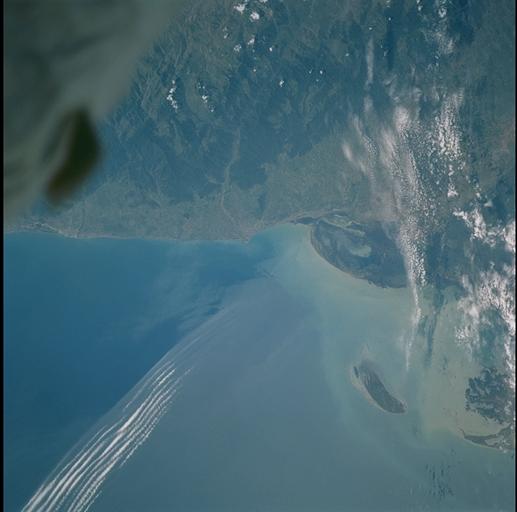 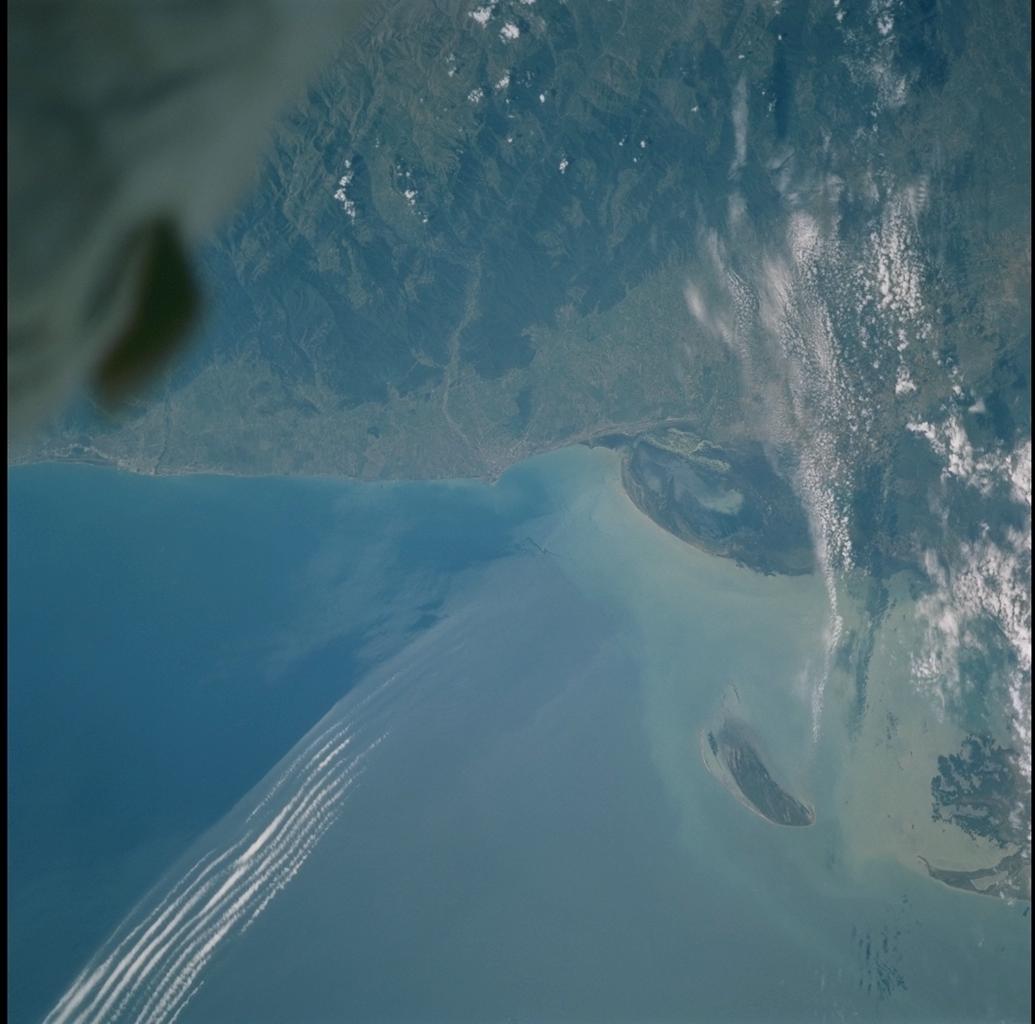 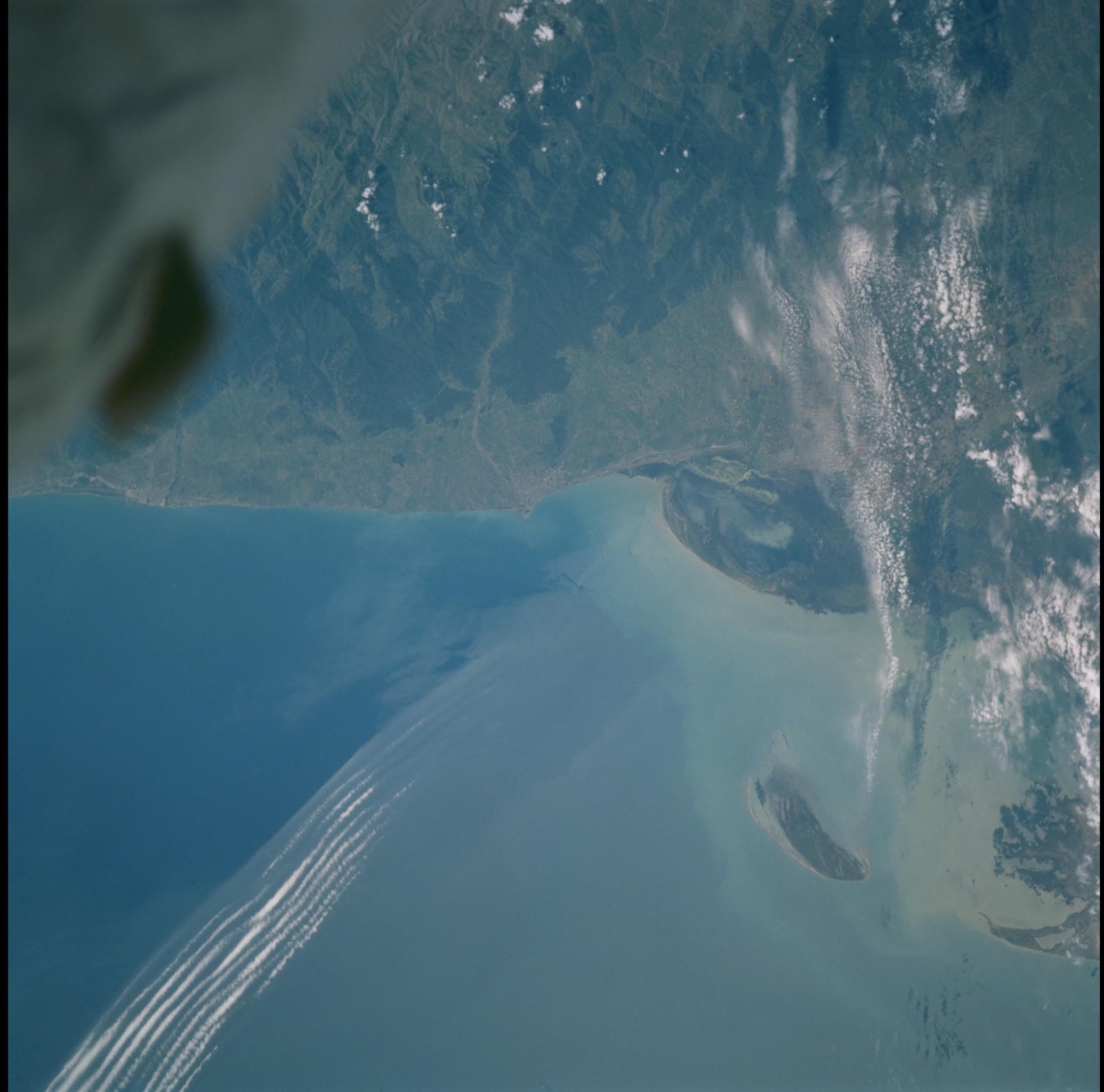 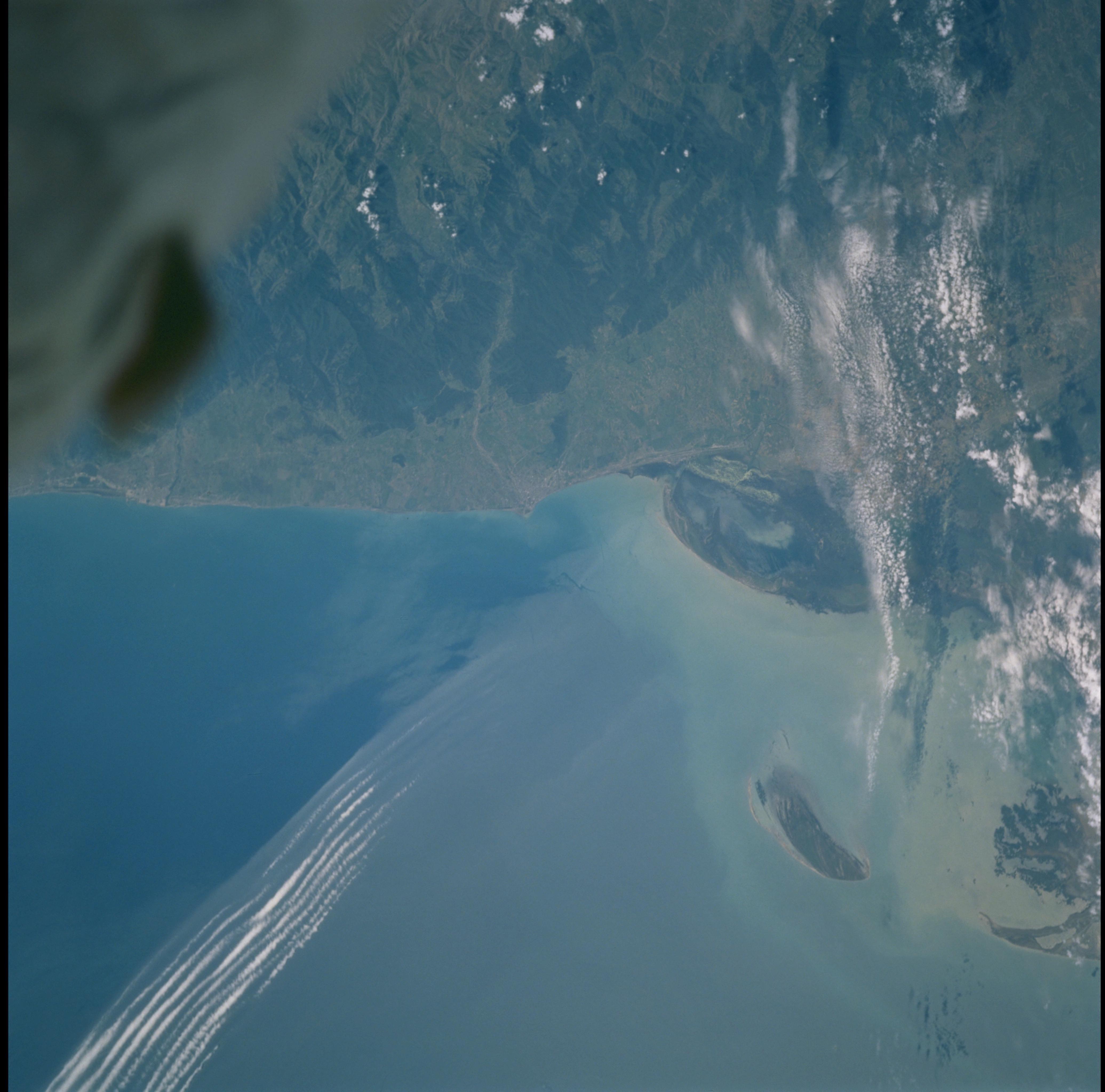 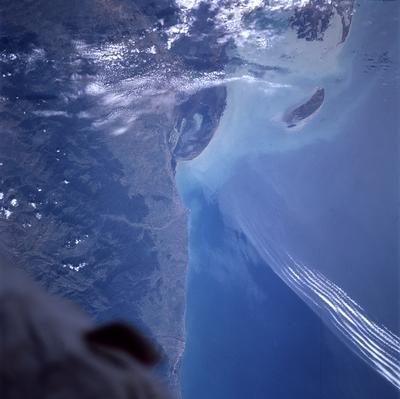 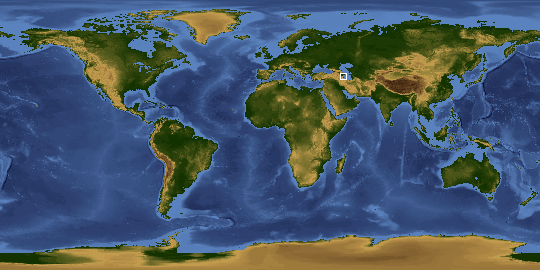 Other options available:
Download Packaged File
Download a Google Earth KML for this Image
View photo footprint information
Download a GeoTIFF for this photo
Image Caption: Kura Spit & Frontal Boundary, SW Caspian Sea
The Caspian Sea coast has changed dramatically over time, and in the
past twenty years sea level has risen 2.6 m. The effects of relative
fall and rise are most easily seen where topographic relief is subdued,
as along the coast south of Apsheron Peninsula, Azerbaijan. Comparison
of this photograph of the Kura Spit with STS036-89-51 conveys the magnitude
of change. In 1980 the large island was part of the spit. When STS036 flew in March,
1990 the spit extended ~15 km farther south toward the island. The
STS101 photo reveals further erosion of the central spit, isolation of
the island, and retreat of the shoreline. This area is discussed by E.
I. Ignatov and G. D. Solovieva in one of eleven articles on the Caspian
Sea in Dynamic Earth Environments - Remote Sensing Observations from
Shuttle-Mir Missions, a volume produced by the Office of Earth Sciences
and published by John Wiley & Sons (June, 2000). The light parallel
bands are gravity waves in clouds along an atmospheric frontal boundary.