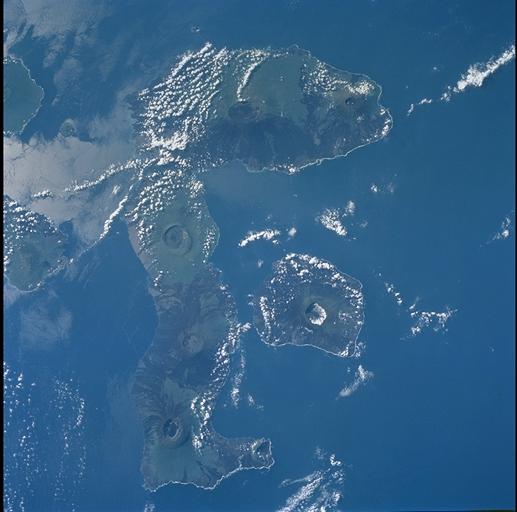 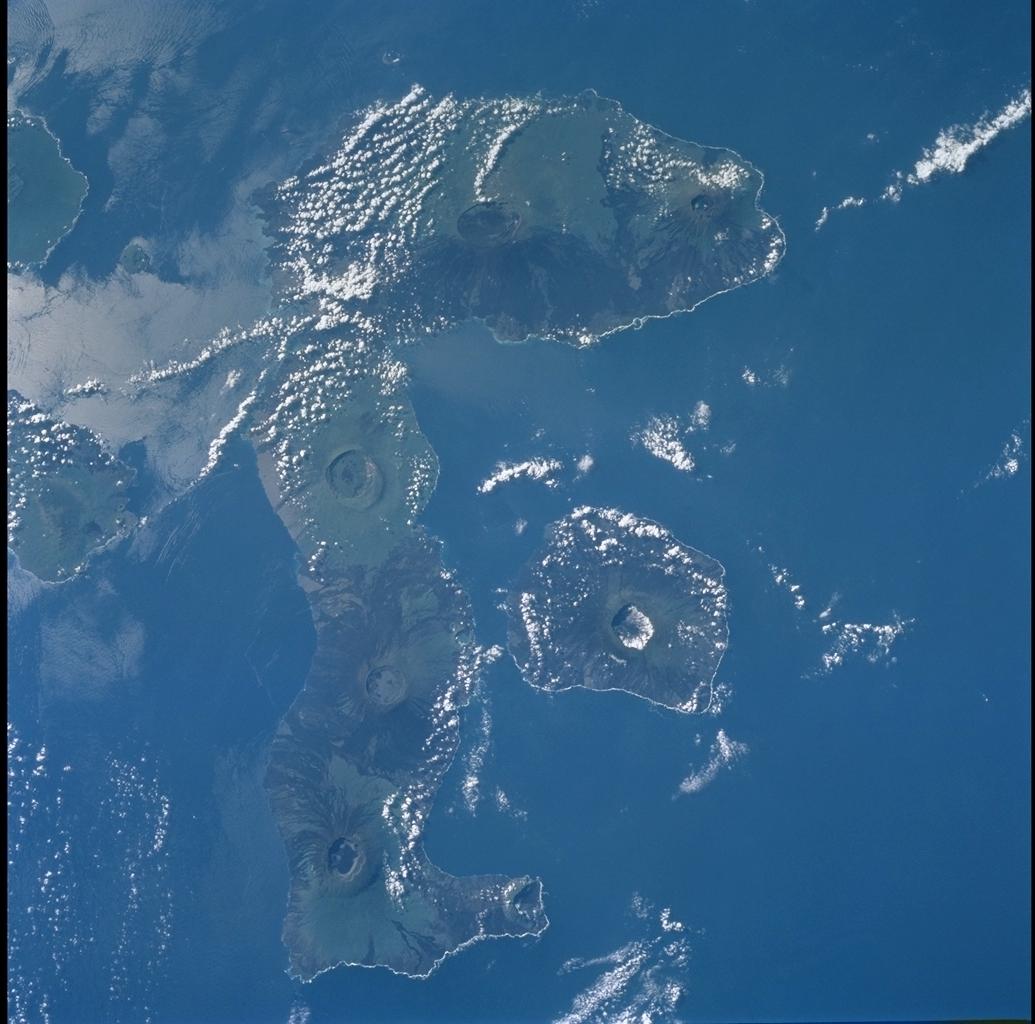 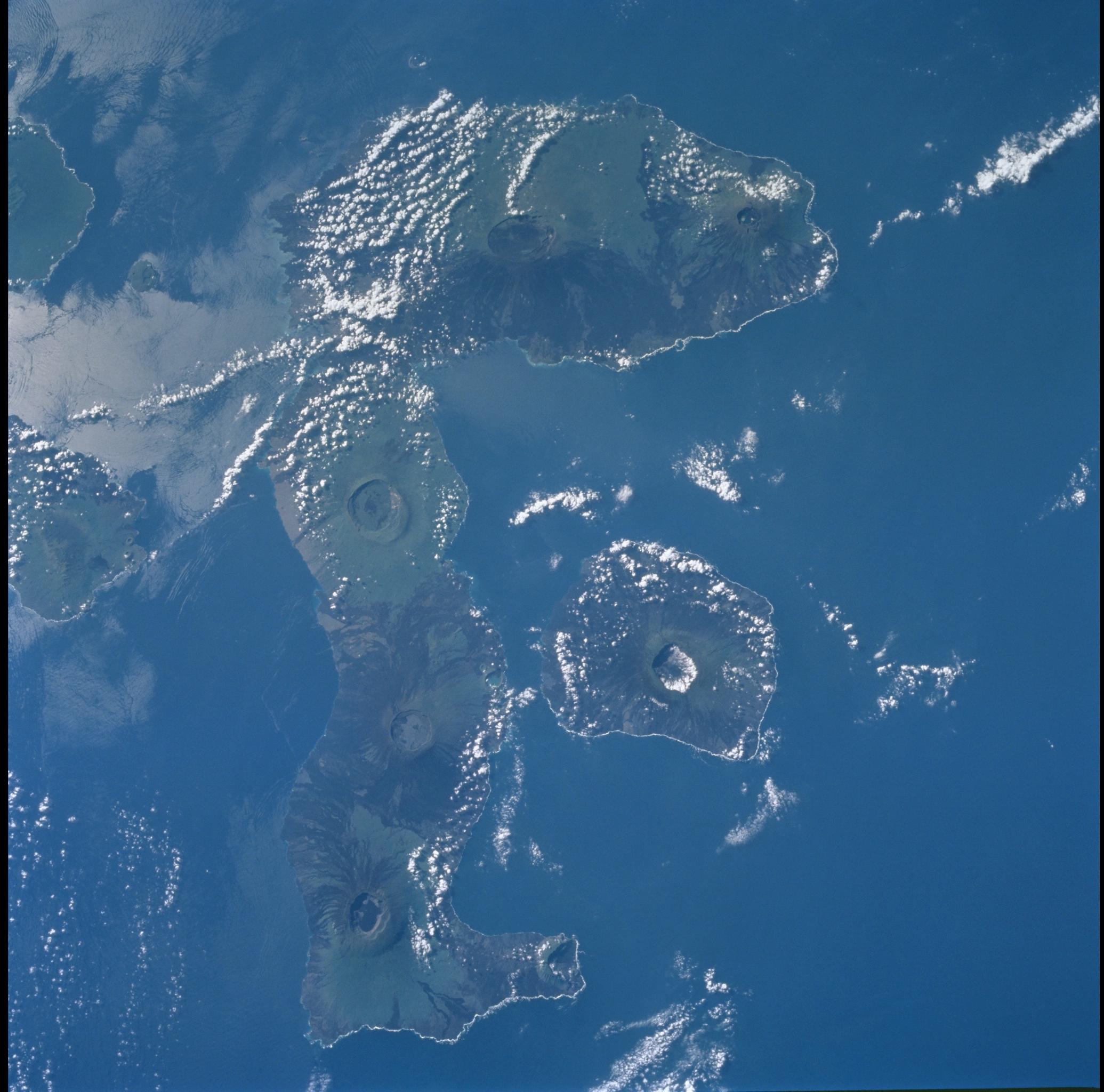 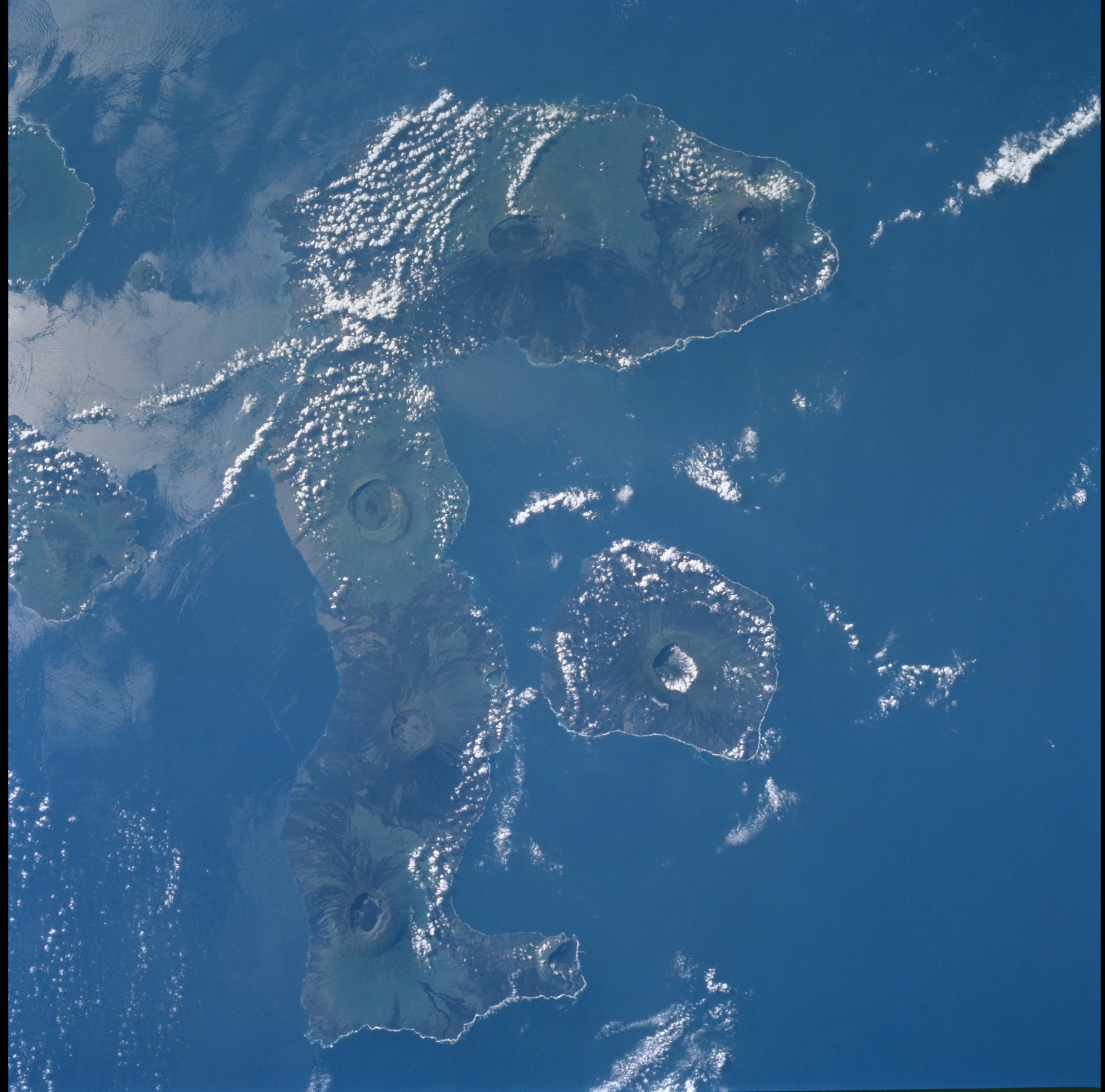 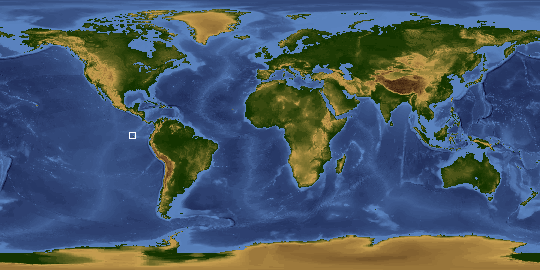 Other options available:
Download Packaged File
Download a Google Earth KML for this Image
View photo footprint information
Image Caption: Galapagos Is
This photograph centers on the two westernmost Galapagos Islands--seahorse-
shaped Isla Isabela and the smaller round Isla Fernandina to its west. All of the
19 islands are volcanic in origin, and the craters of several of the shield
volcanoes are visible as circular features on each of the islands. The two islands
shown in this picture contain the most active volcanoes of the Galapagos.
Fernandina last erupted in January-February 1995, with red-hot lava pouring into
the sea. After 20 years of inactivity, Cerro Azul on Isla Isabela, last erupted in
September-October 1998. Cerro Azul is southwesternmost volcano is Isla
Isabela. At 82 miles long, Isla Isabela is the largest of the islands, and comprises
half of the land area of the archipelago. The islands are famous for their unique
flora and fauna. Charles Darwin's observations of these species in 1835
contributed to the formation of his ideas on natural selection. Some of the most
unique species include flightless cormorants, Galapagos penguins, giant land
tortoises, and Galapagos finches. The range of Galapagos penguins is restricted
to these western islands where upwelling enriches the ocean productivity, and
the adaptation of a typically Antarctic bird family to the equator is an ecological
marvel. Giant land tortoises are thought to have the oldest lifespans of any
animal on Earth, but have been driven near to extinction; during the most recent
eruption of Cerro Azul, one tortoise was killed and many had to be relocated.
The 13 species of Galapagos finches on the islands, although varied in form and
lifestyle, are the descendants of an ancestor that happened to colonize this
isolated archipelago. The human population of the entire archipelago is about
10,000.

Photos and descriptions of Galapagos penguins are at:
http://www.siec.k12.in.us/~west/proj/penguins/galap.html

Photos and descriptions of Galapagos tortoises are at:
http://www.edf.org/Want2Help/ES/galgianttortoise.html

The Scientific significance of Darwin's observations of Galapagos finches (with
links) is discussed at:
http://ublib.buffalo.edu/libraries/projects/cases/galapagos_notes.html