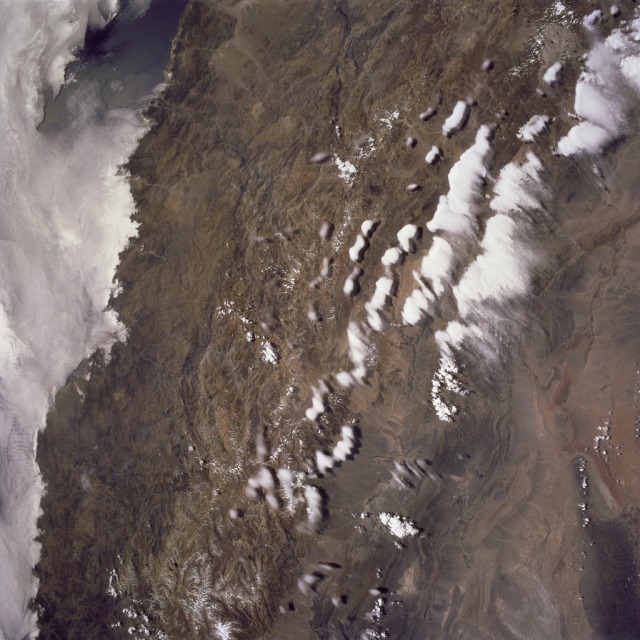 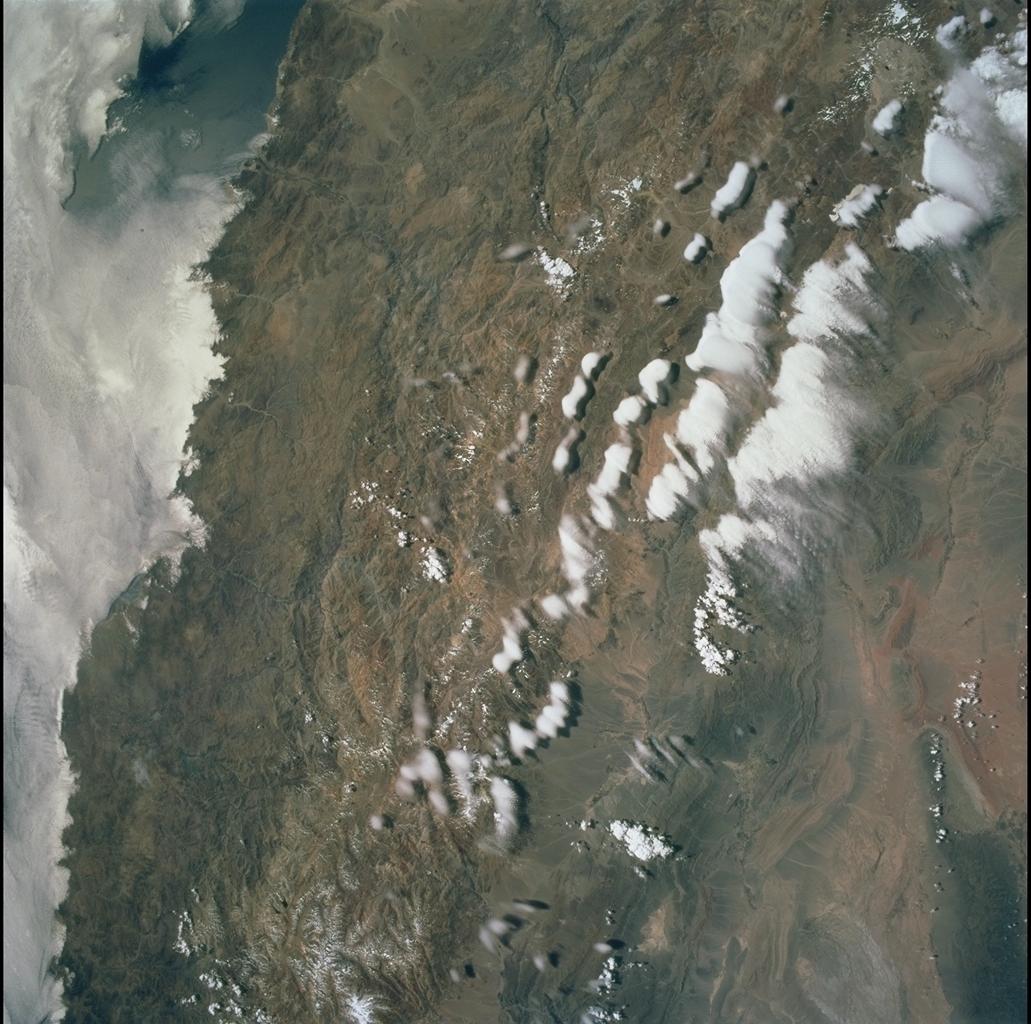 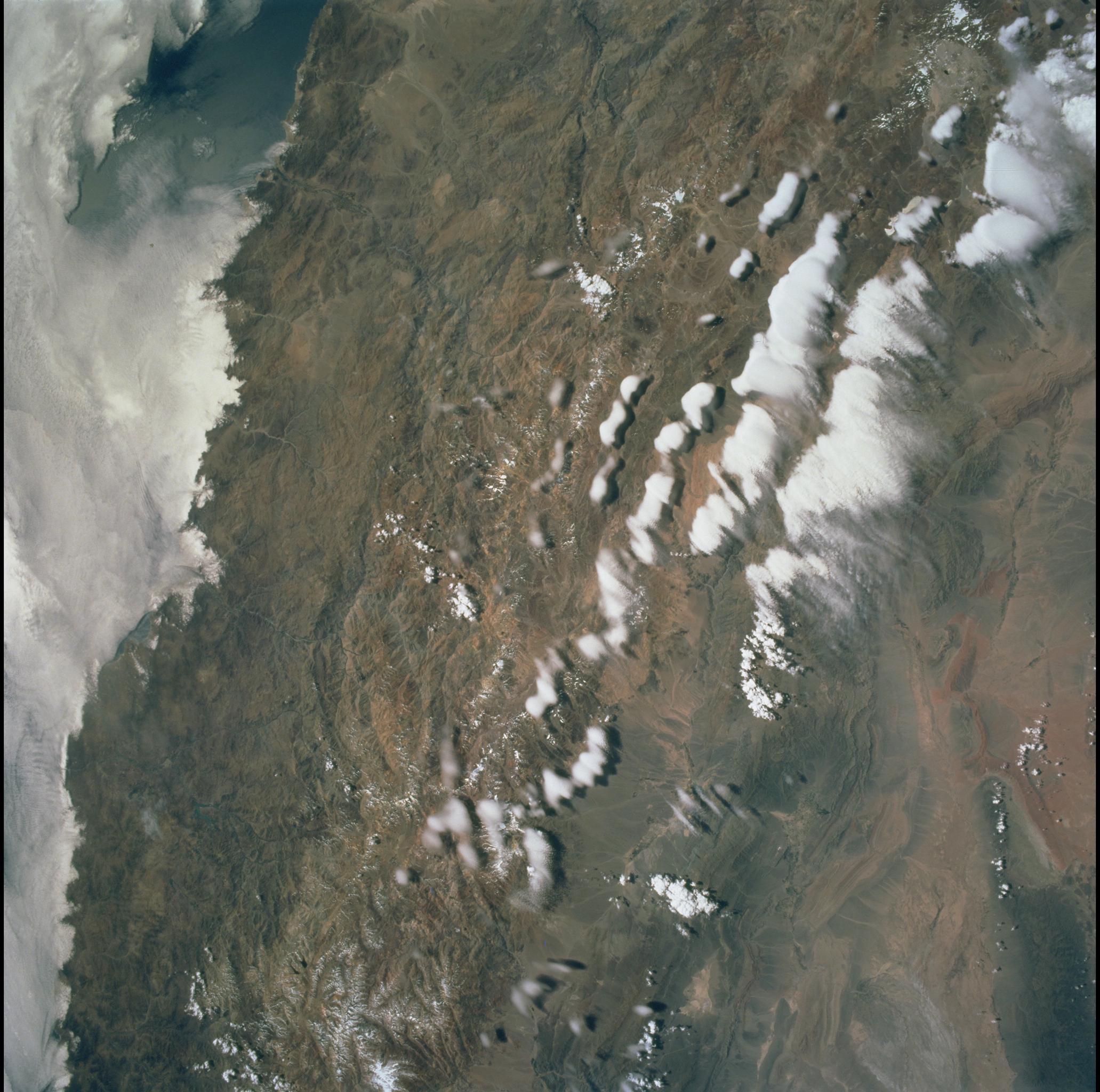 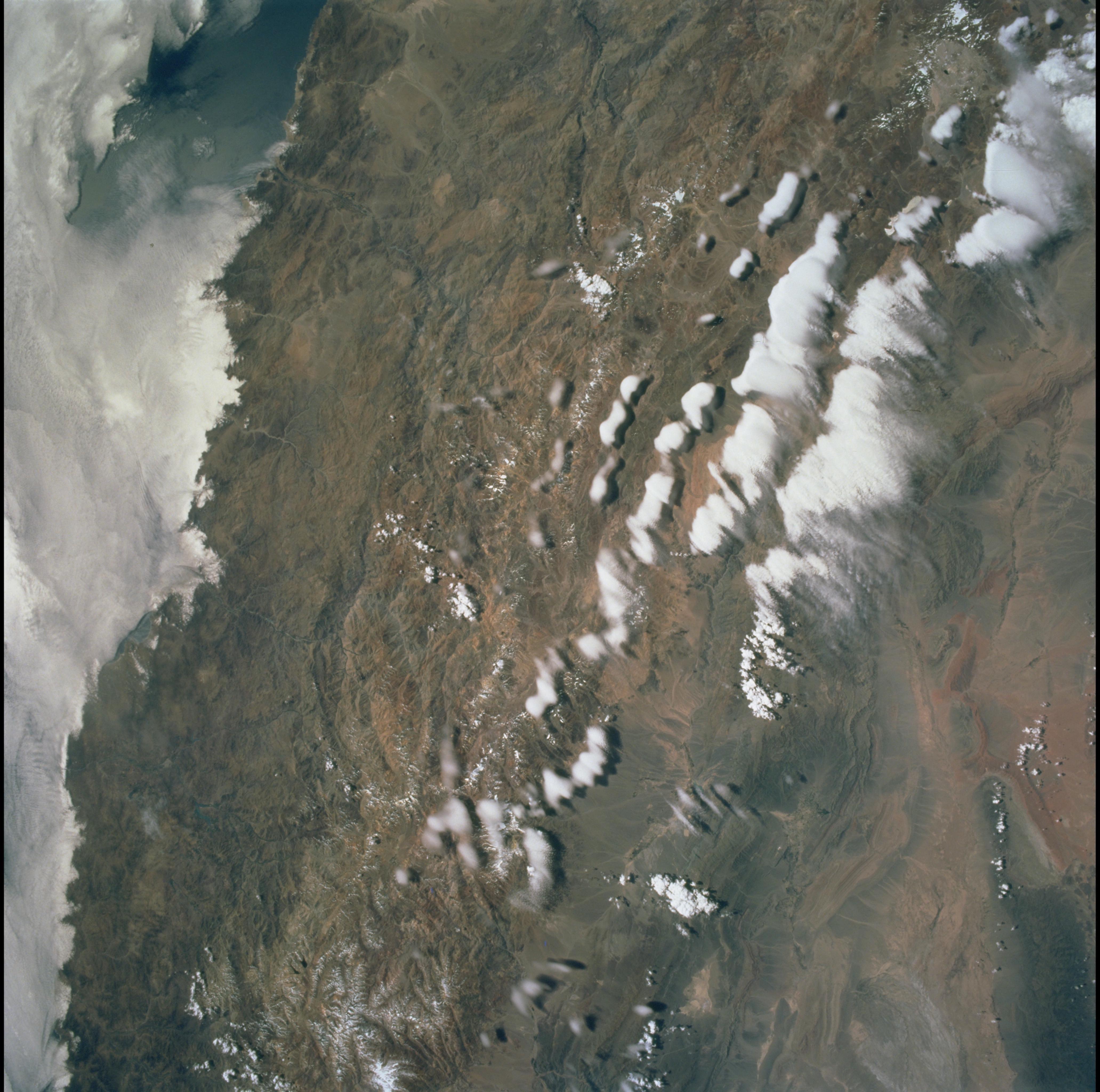 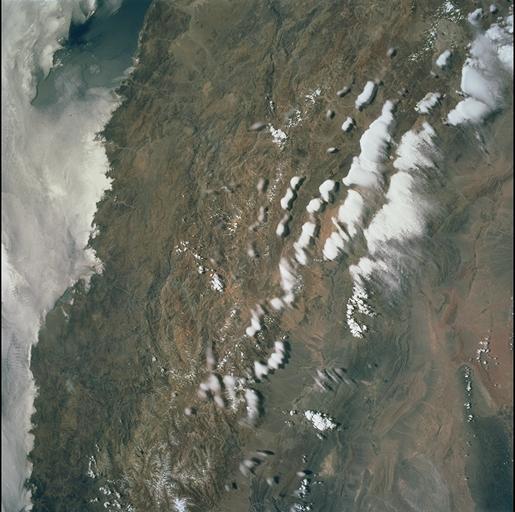 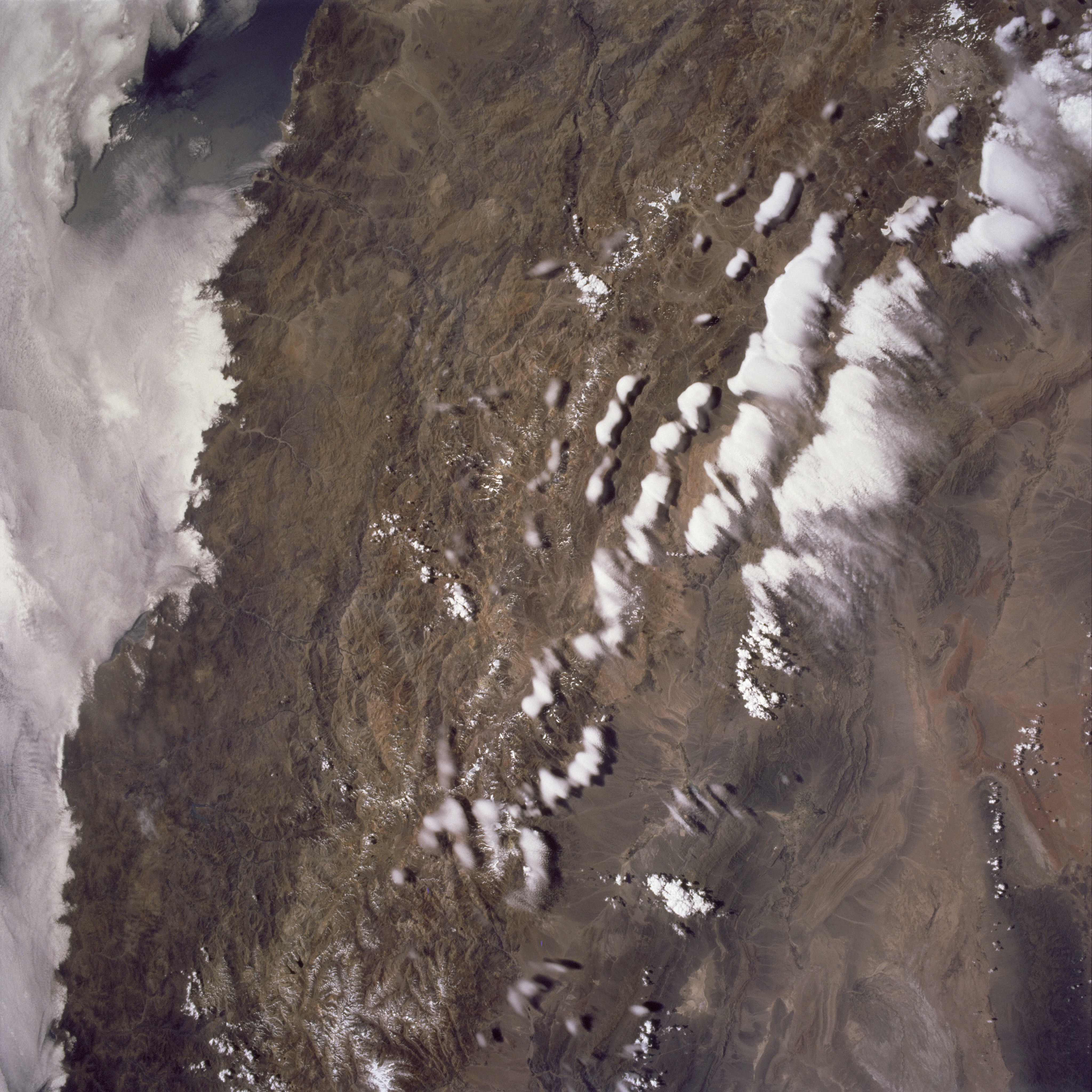 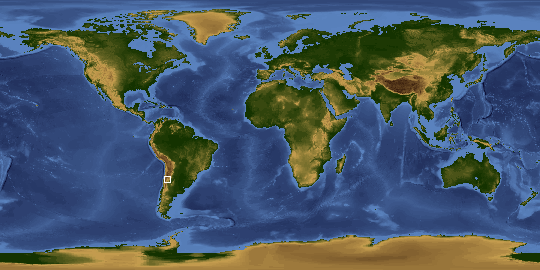 Other options available:
Download Packaged File
Download a Google Earth KML for this Image
View photo footprint information
Image Caption: Central Andes Mountains, Argentina/Chile December 10, 2000
Extending 5500 miles (8850 km) along the western coast of South America from northern Colombia to Cape Horn in southern Chile, the Andes are the longest mountain range, above sea level, and the second highest range in the world. This immense system came into existence nearly 70 million years ago. With numerous active volcanoes and a slow uplift, the building of the Andes Mountains continues today rising 4 inches (10 cm) per century. In this north-looking view, snow covers the higher peaks of the range, some of which rise to over 20000 feet (6100 meters) above sea level. Along the left or western portion of the view, clouds can be seen along coastal areas of Chile. In the bottom left quadrant of the scene, the blue waters of the Paloma Reservoir, a recreational lake, are visible. The folded Tontal Range (bottom center) and the Valle Fertil Range (upper right quadrant and partially cloud covered) of western Argentina can be seen. The rocks of these ranges are ancient compared to the younger volcanic peaks and ranges of the Andes. The city of San Juan, Argentina is visible on the eastern (right) base of the Tontal Range in the lower right quadrant of the view.