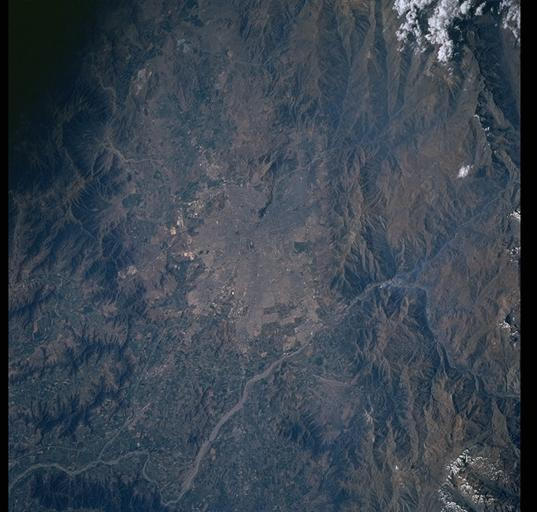 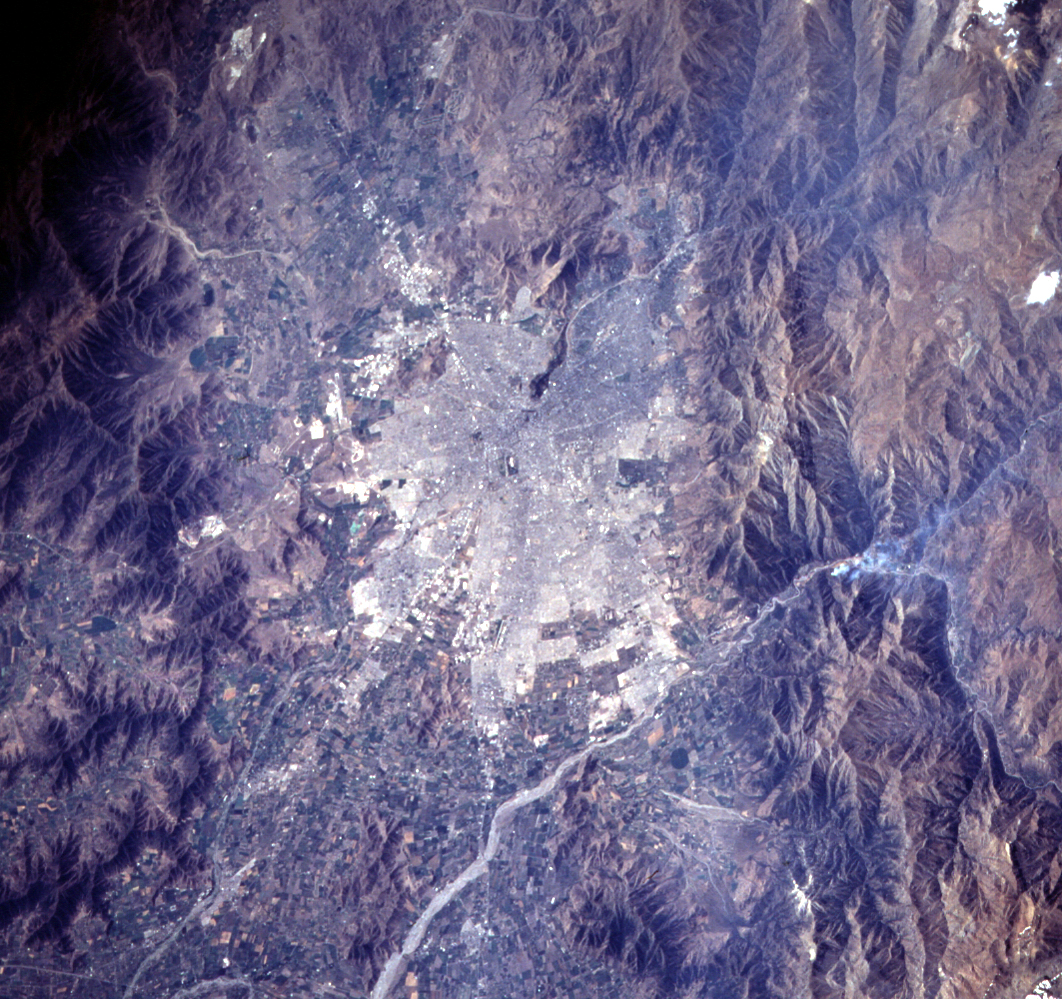 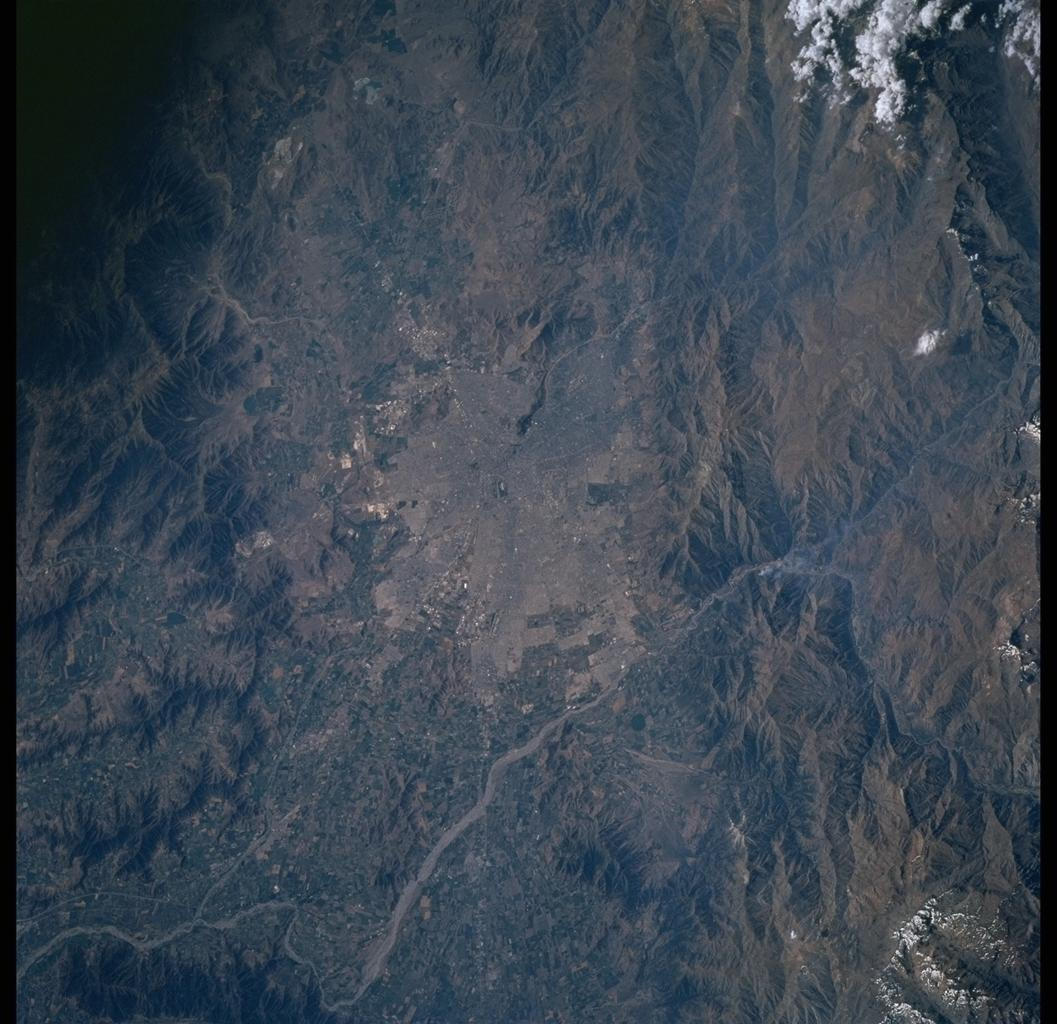 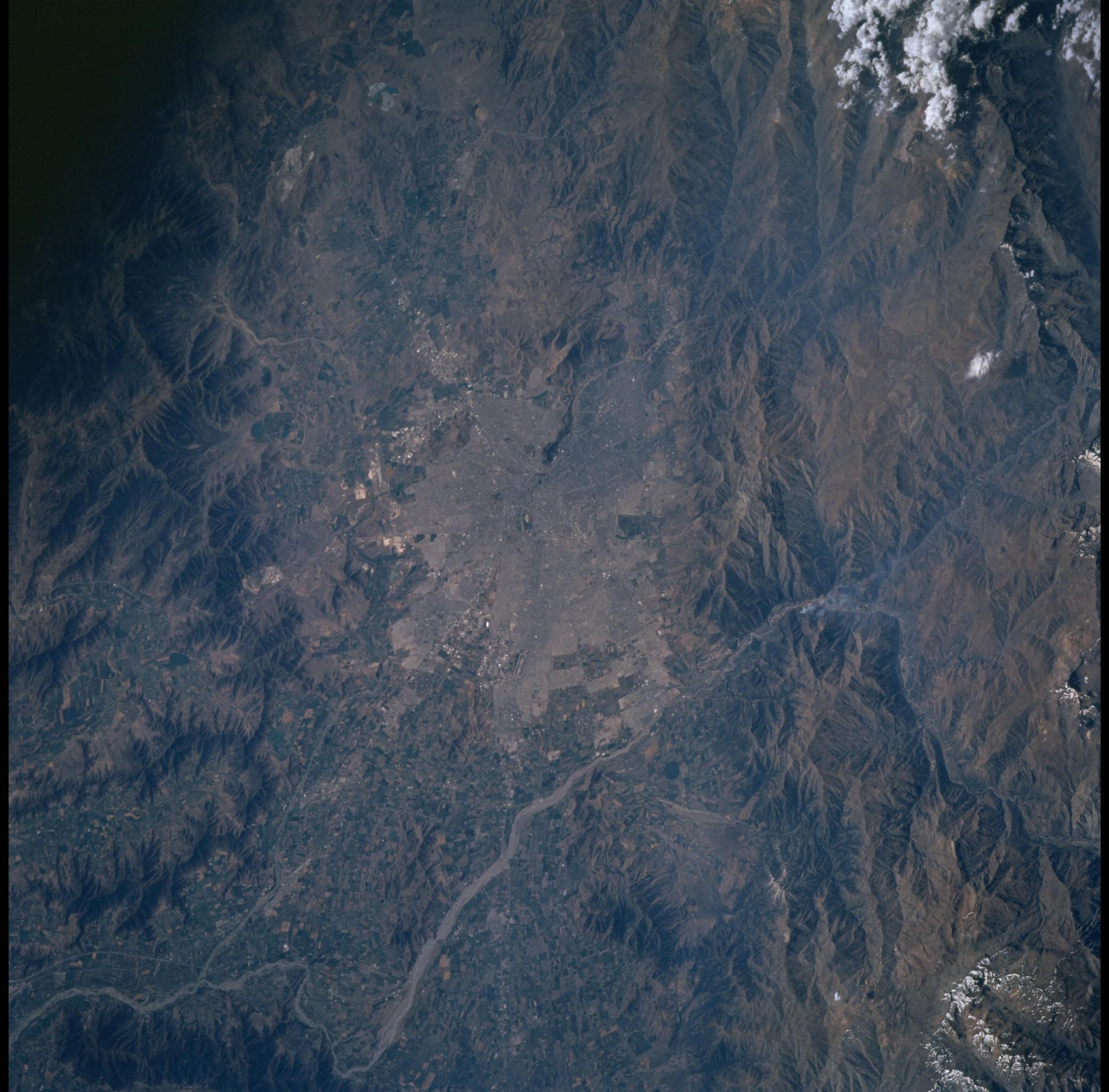 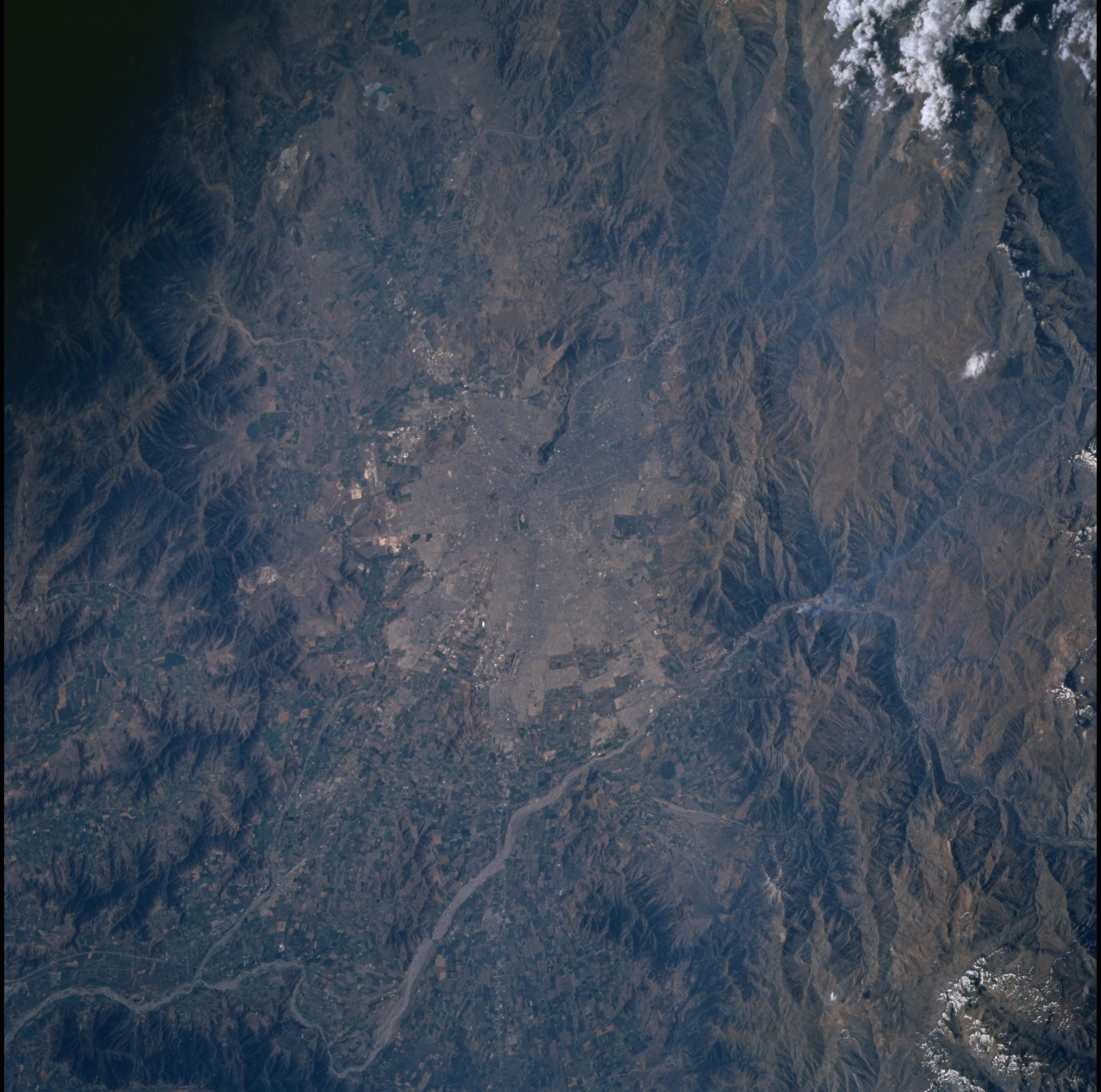 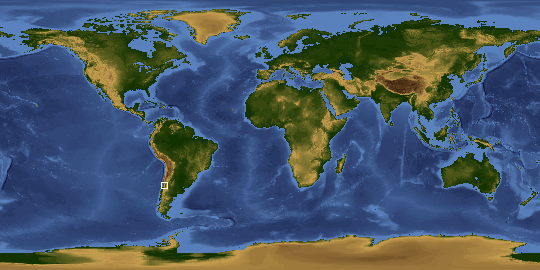 Other options available:
Download Packaged File
Download a Google Earth KML for this Image
View photo footprint information
Image Caption: Chile's capital city stands in excellent detail in the middle of this view. An airport
appears on the northwest margin of the built-up area and numerous small farms appear as
green rectangles around the city on the left (west) side of the view. The right side of the
view is dominated by the steep slopes and peaks of the Andes Mountains. Snow can be
seen on highest peaks all down the right (east) side of the view although the photo was
taken in the summer of the southern hemisphere. Santiago routinely appears partly
obscured under industrial haze on Shuttle photographs. Haze accumulates partly because
the city lies in a basin at the foot of the Andes Mountains (protected from wind), and
partly because the city has grown to a huge size (more than 5.3 million-1991 statistics).