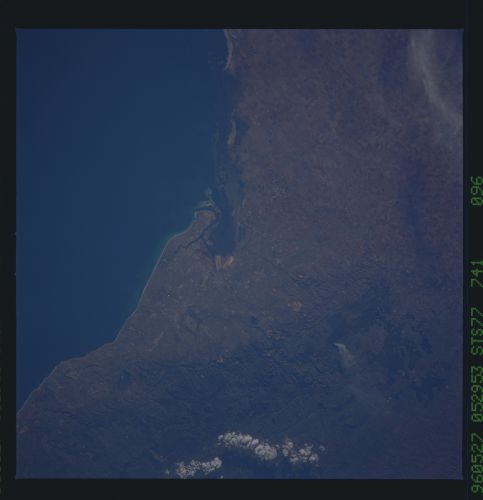 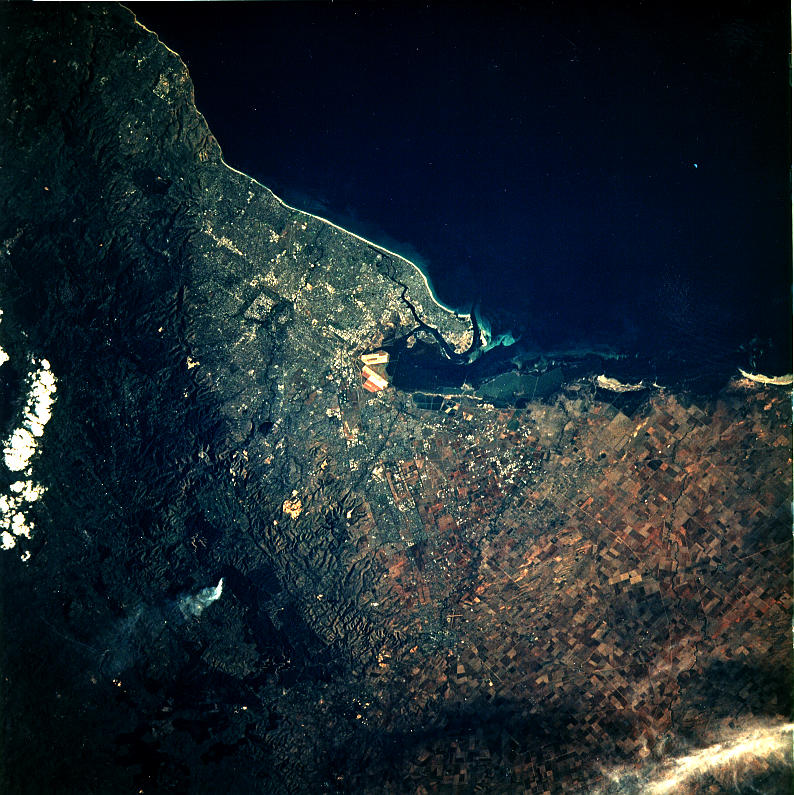 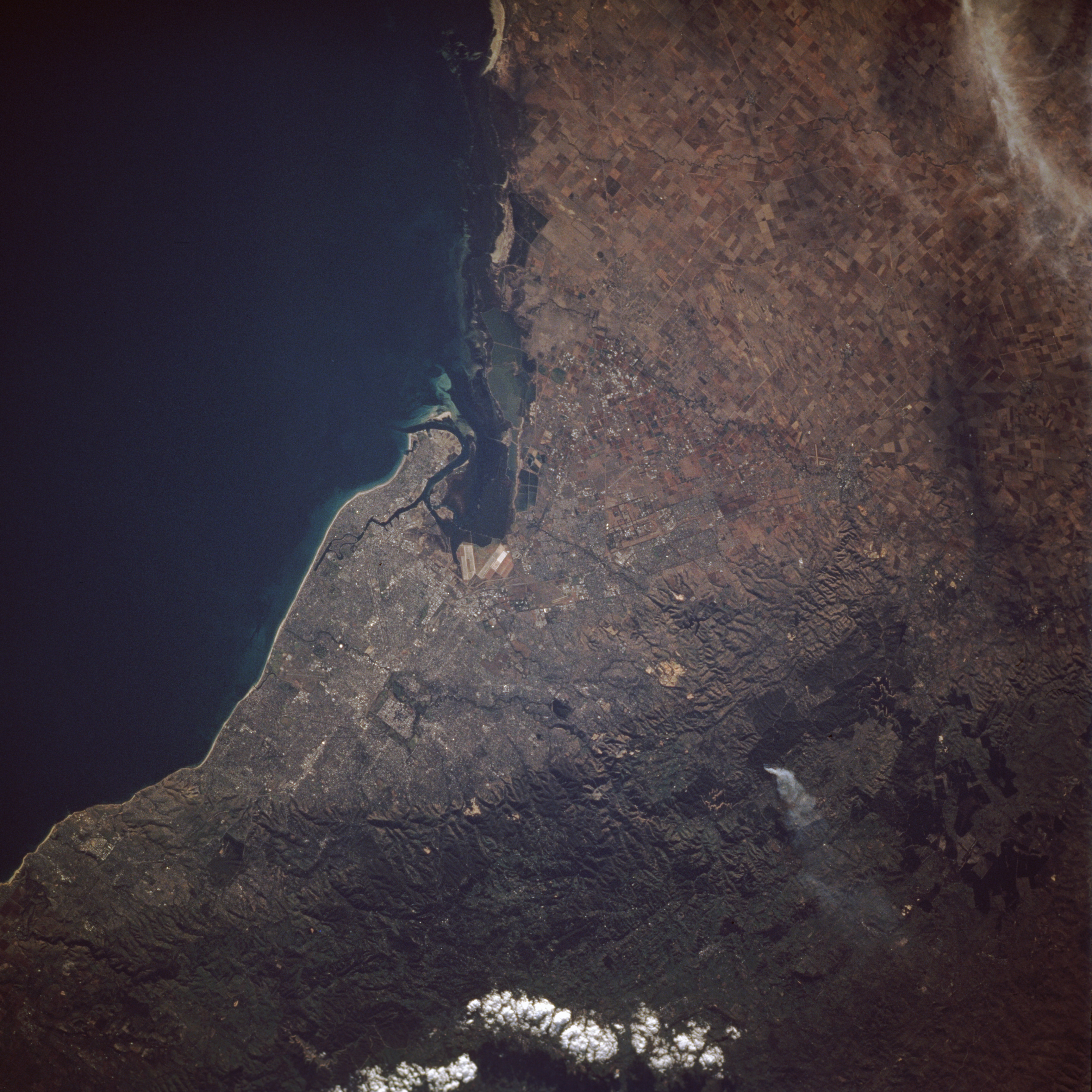 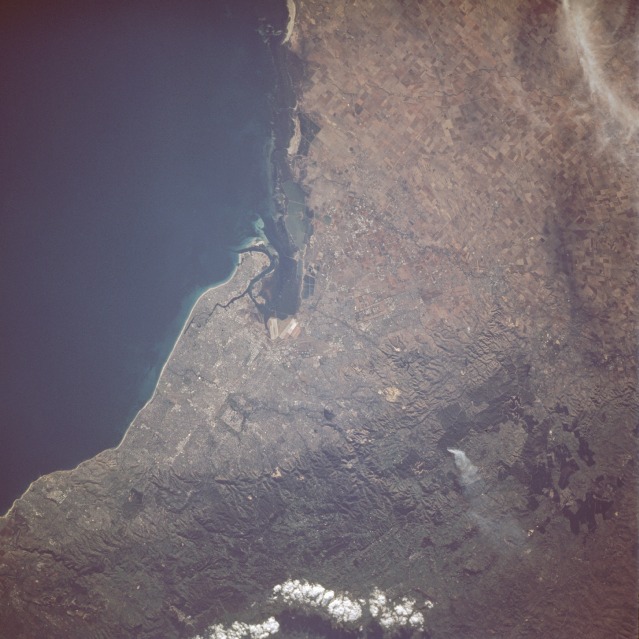 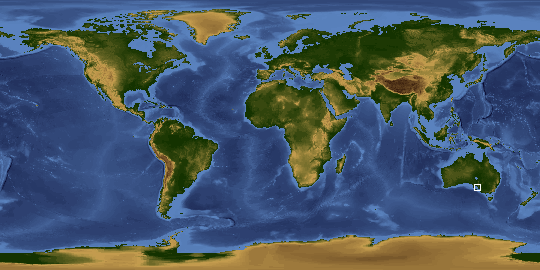 Other options available:
Download Packaged File
Download a Google Earth KML for this Image
View photo footprint information
Download a GeoTIFF for this photo
Image Caption: STS077-741-096 Adelaide, South Australia, Australia May 1996
Visible in this northeast-looking, low-oblique photograph is Adelaide--the capital and chief port of the state of South Australia and the first municipality in Australia to be incorporated. The city, whose population is approximately 1 million, sits at the mouth of the Torrens River on the Gulf of Saint Vincent, an inlet of the Indian Ocean 90 miles (145 kilometers) long and 45 miles (72 kilometers) wide from which salt is obtained by solar evaporation. Adelaide has automotive, farm implement, furniture, and textile industries. Grain, wool, dairy products, and fruit are chief exports. The rugged Mount Lofty Range, in which a fire and its smoke plume are discernible, lies south and east of the city (bottom of the photograph).